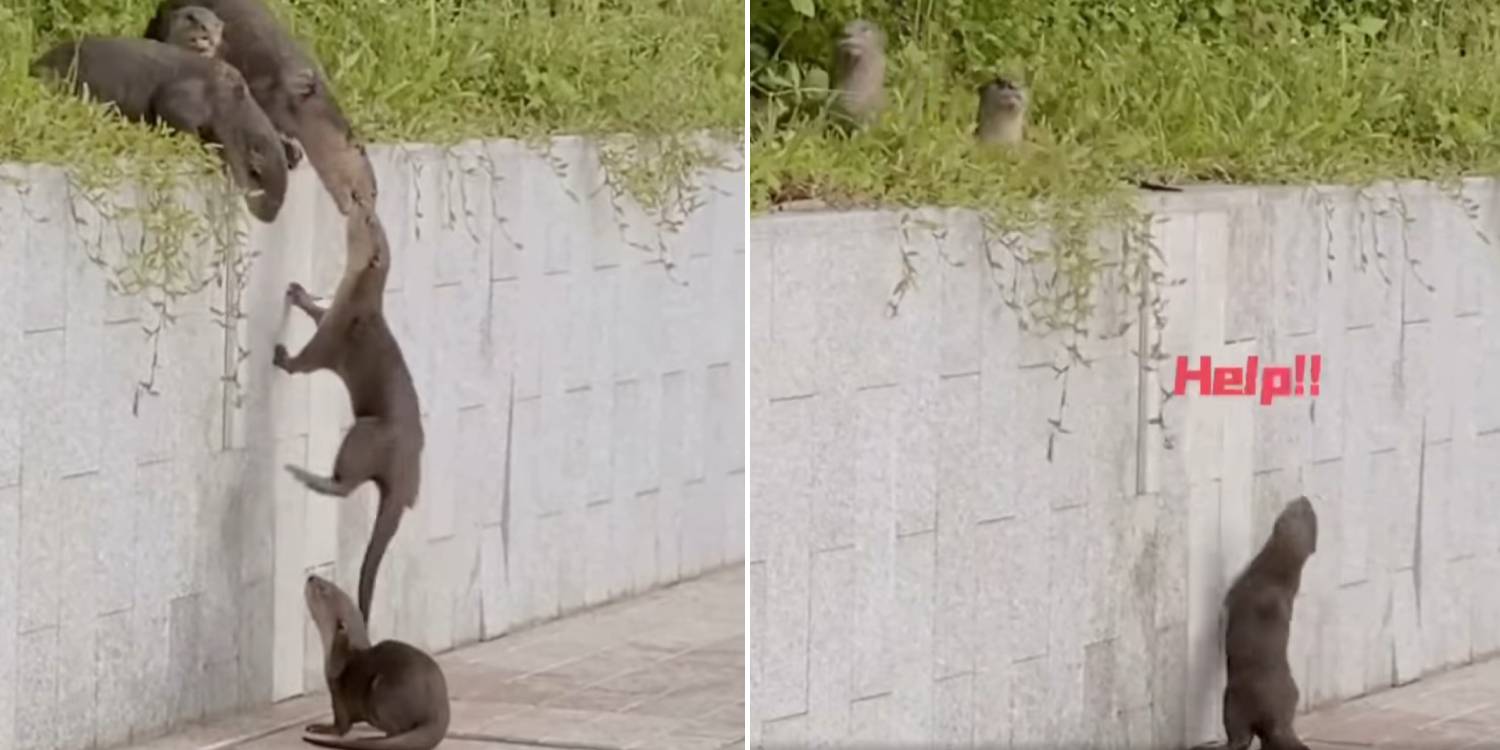 When the Disney movie Lilo & Stitch came out in 2002, the themes of family resonated with adults and children all over.

One quote from the movie that especially stuck out was “Ohana means family, and family means nobody gets left behind”. It is a simple sentence that struck a chord with many. 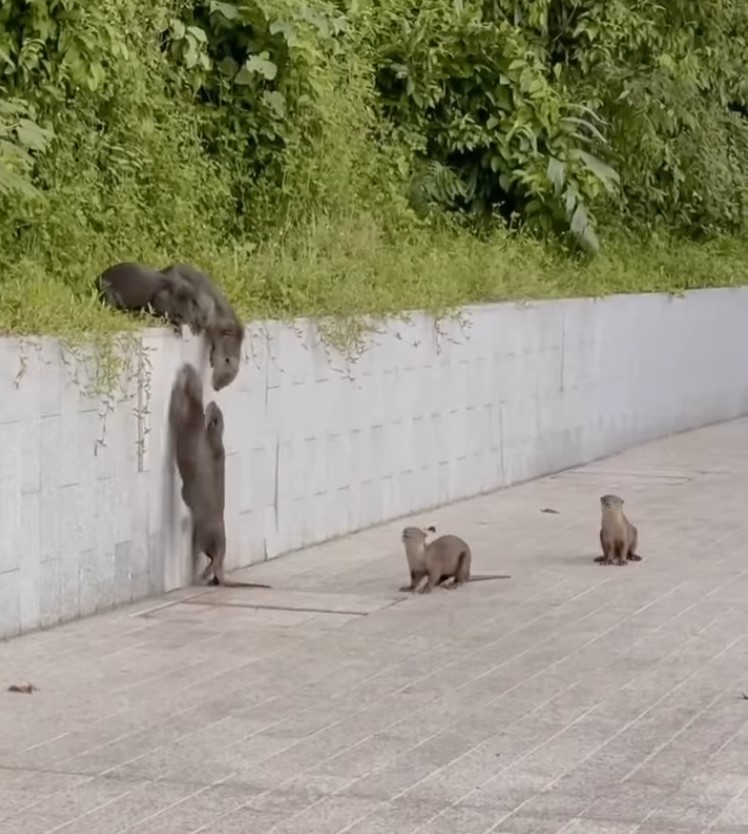 A romp of otters was spotted at Labrador Park on Sunday (21 Mar).

The footage captured epitomises the very essence of the Lilo & Stitch quote as otters help their little ones up a tall wall.

In a Facebook post on the Singapore Wildlife Sightings group by Ms Kan on 21 Mar, otters can be seen going on what seemed to be a ‘Family Outing Day’ at Labrador Park. 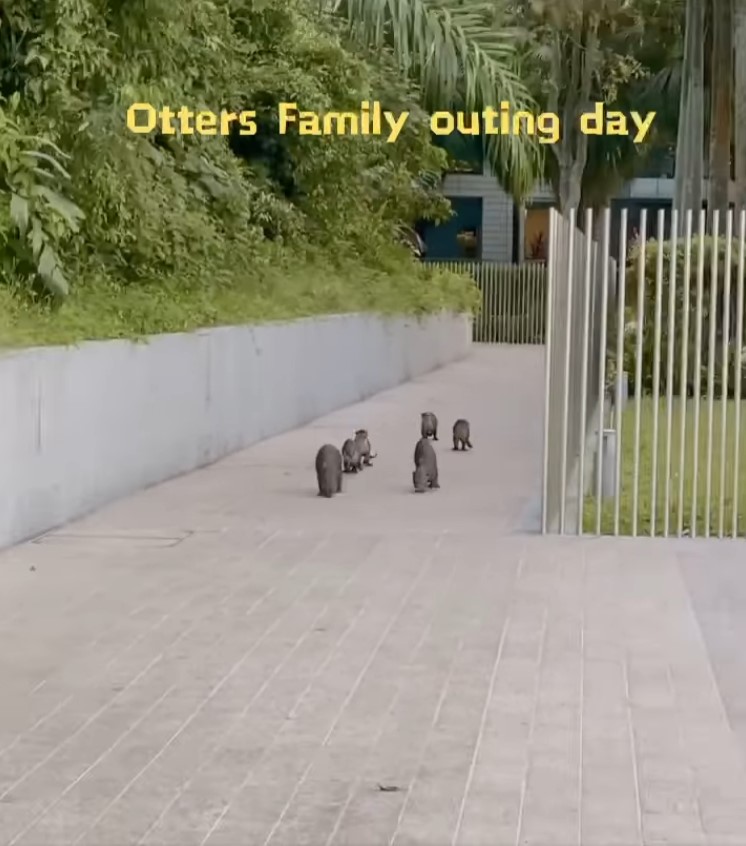 Ms Kan described the scene as gotong royong, which means ‘communal helping of one another’ in Malay.

Unfortunately, just like the Standard Obstacle Course (SOC) in National Service and its dreary low wall station, the otters too, face their very own low wall to scale. While 2 long bois managed to jump up the walls easily, the others struggled despite trying multiple times.

Perhaps some otters would have scurried off upon accomplishing their goals.

But this otter family was different.

In addition, it seems like they’ve been well inducted into Singapore’s way of living life — the importance of queuing patiently. 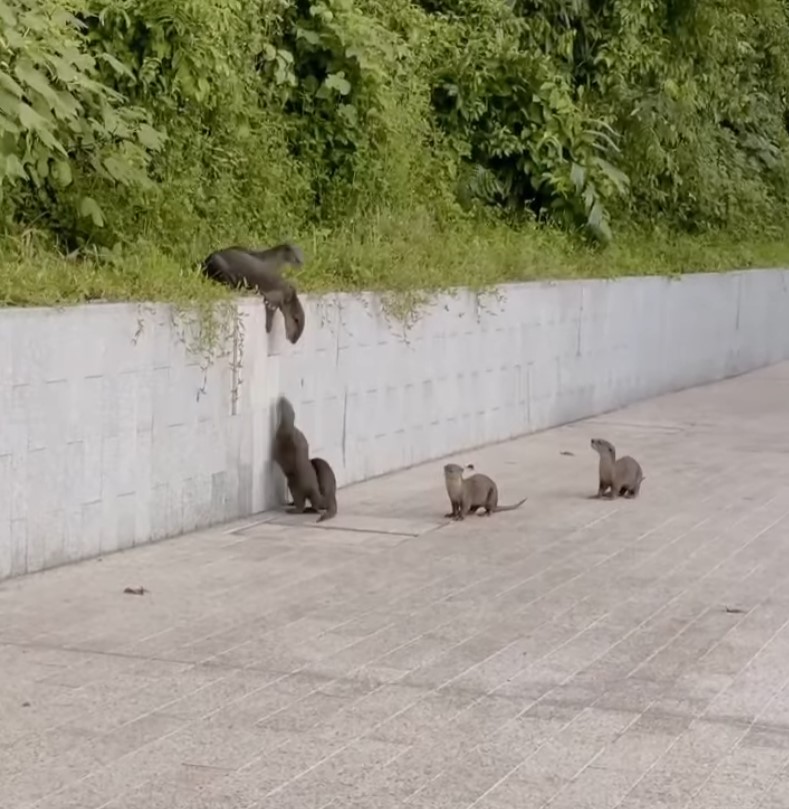 The 2 long bois who clambered up top without help started pulling their fellow otter friends up one by one.

Although it’s pretty cute seeing the short boi on the sideline attempting to make it on its own, it breaks our little heart to see him falling short each time.

We commend his relentless effort nevertheless, a lesson humans can learn from this simple act as well.

Finally, to quote the popular crime scene novelist Agatha Christie, “And then there was one.” 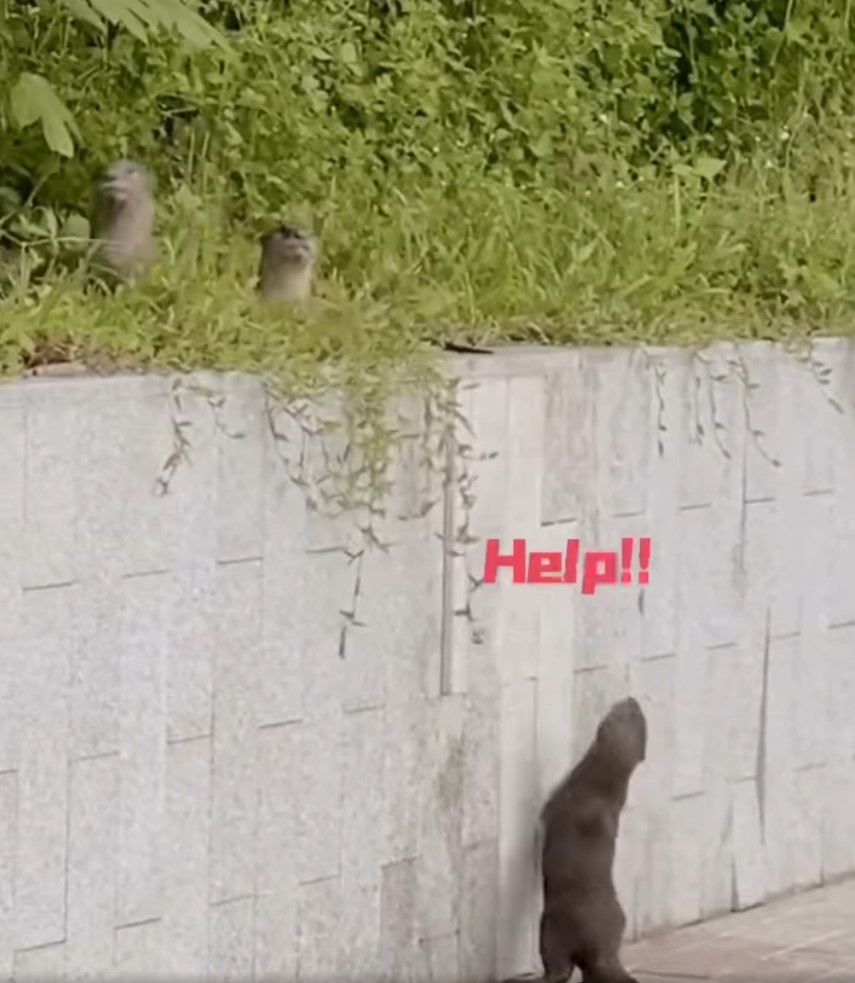 But ohana means family, and family means nobody gets left behind. The last one received the boost it needed to get over the wall safely.

Following the wall-climbing success, the entire family scurried off.

Perhaps it was breakfast on the agenda for them after the exhausting experience.

Lend others a helping hand

Most people are familiar with the saying “blood is thicker than water”.

However, the full quote actually goes as such, “the blood of the covenant is thicker than the water of the womb”.

While one holds an entirely different meaning from the other, we can say with certitude that the wholesome scene among otters encapsulates the meaning of both quotes fairly well.

The notion of a family doesn’t always need to be bounded by blood. Should you find your loved ones down in the gutters, offer them a hand and lift them up.

Just like in fables and fairytales, animals can teach us a thing or 2 about being decent human beings.