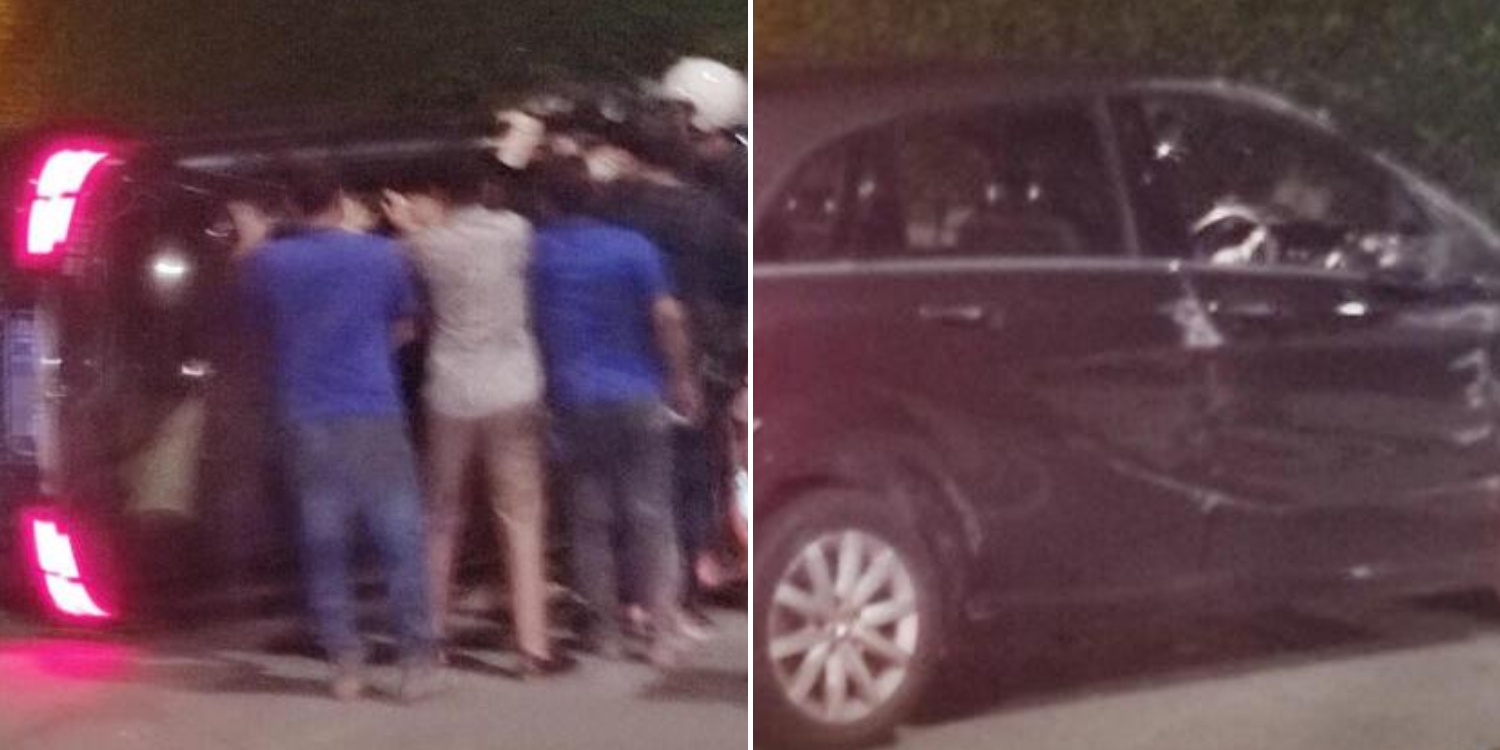 She sustained minor injuries but declined to be sent to the hospital.

Getting trapped in a car during an accident can be a harrowing experience. Unable to escape, you’ll never know whether something life-threatening is about to happen next.

Hence, the power of teamwork demonstrated during a recent rescue was a heartwarming sight.

On Saturday (30 Apr), a car flipped over in Chinatown, trapping its driver in her seat. Fortunately, over 10 migrant workers and motorists banded together to rescue her by putting the car back upright.

The woman sustained minor injuries but was not sent to the hospital.

According to Shin Min Daily News, a car flipped over in Chinatown at around 10.30pm on Saturday (30 Apr), trapping its driver inside. It’s unclear what caused the accident.

After witnessing the scene, a lorry carrying migrant workers immediately pulled over to help. 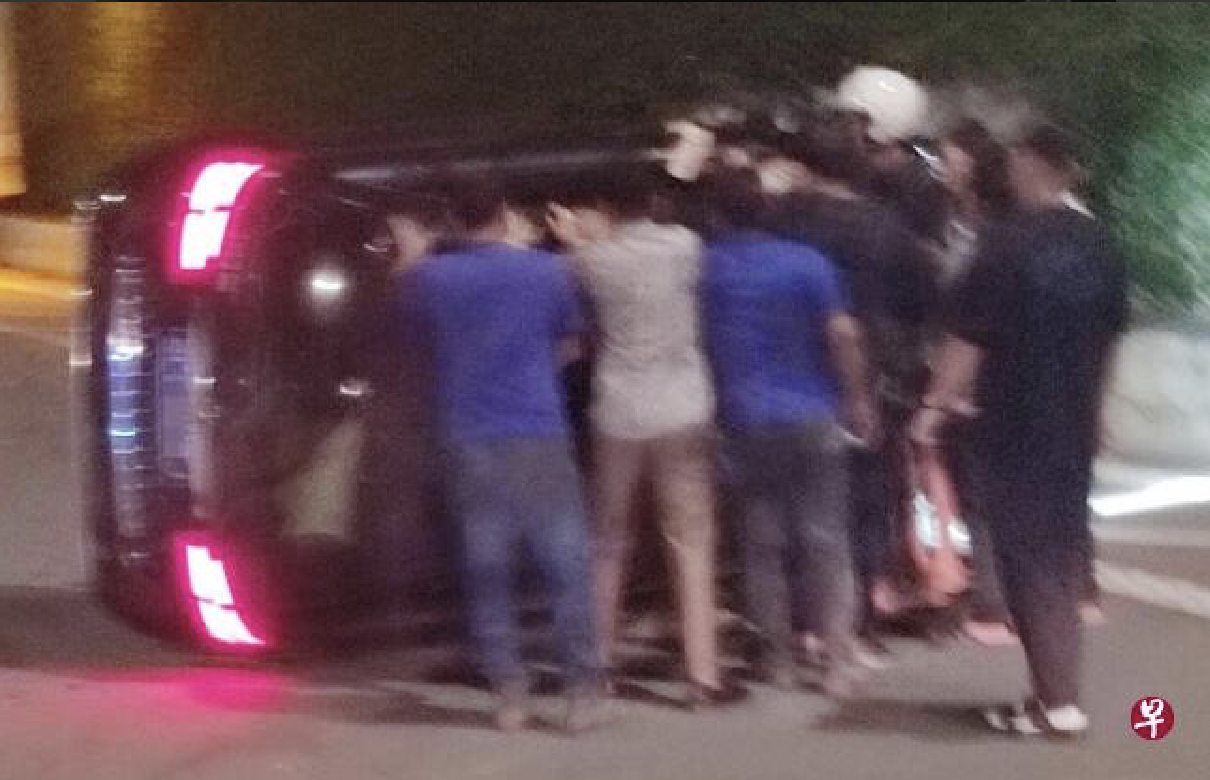 With the help of other road users, they worked together to put the car back upright and rescue the driver.

AsiaOne reported that the Singapore Civil Defence Force (SCDF) responded to the incident. The woman suffered minor injuries but declined to be sent to the hospital. Photos show the woman’s car with damage to the door and body on the driver’s side. There also appears to be a cracked side window.

Singaporeans praise those who helped

The selfless acts of the workers and motorists did not go unnoticed, as many were quick to praise them for helping.

However, some were concerned about the potential safety hazards, pointing out that turning the car back could’ve caused more serious injuries.

Others wondered how the accident even happened in the first place.

Nevertheless, many commended the foreign workers for their courage and helpfulness.

They worked together to save Chinatown driver

It would have been impossible for one person to turn the car back upright alone.

However, the workers and motorists were able to do so by working together to rescue the woman.

We applaud them for their selflessness and teamwork, and we wish the driver a speedy and smooth recovery from her injuries.