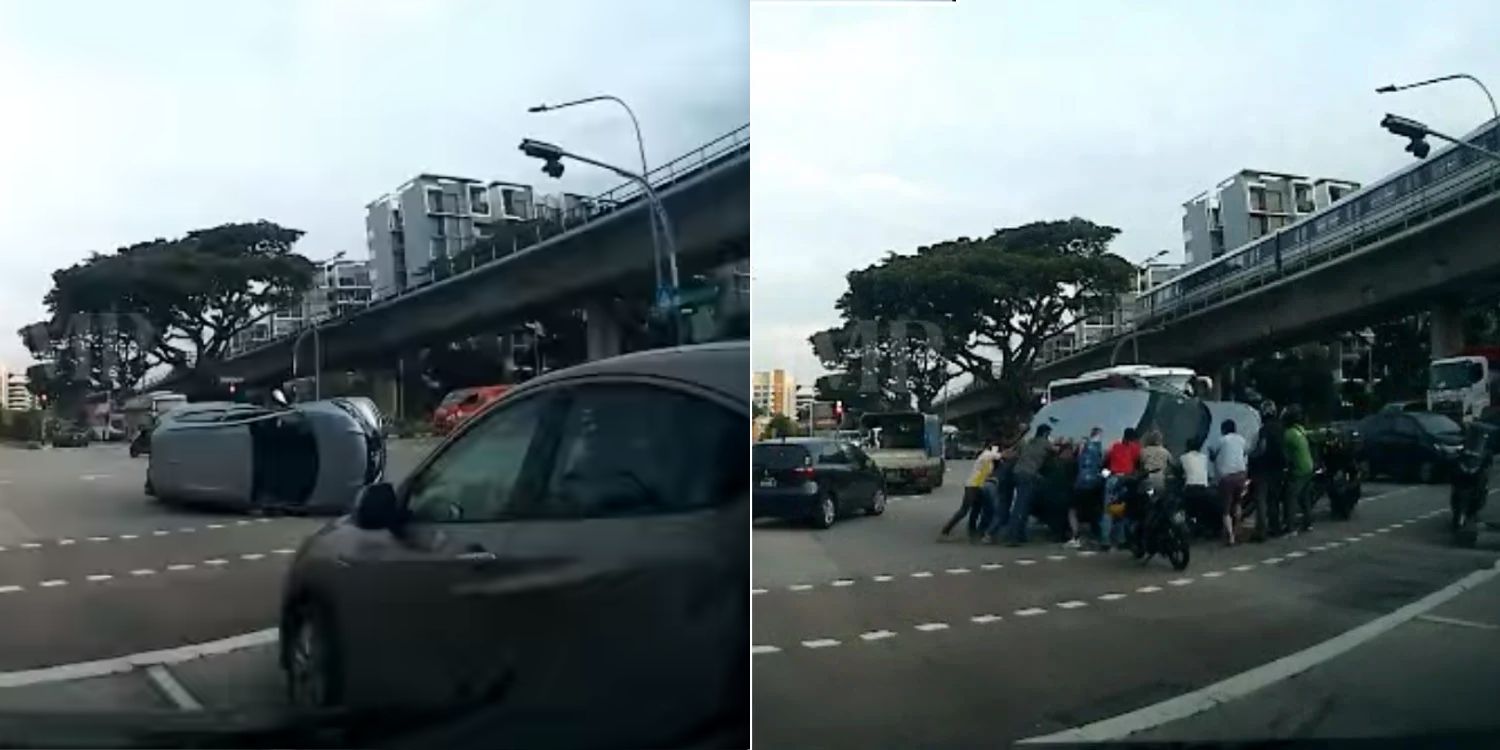 While getting into a traffic accident is never a positive experience, it can sometimes bring out the good side of humanity too.

On Monday (18 Sep), a car in Sembawang turned turtle after another vehicle crashed into it from the side.

Having witnessed the accident, many pedestrians and motorists nearby came together to flip the overturned car upright.

In a STOMP video, a grey SUV is seen attempting to turn right from Sembawang Road to Canberra Link. 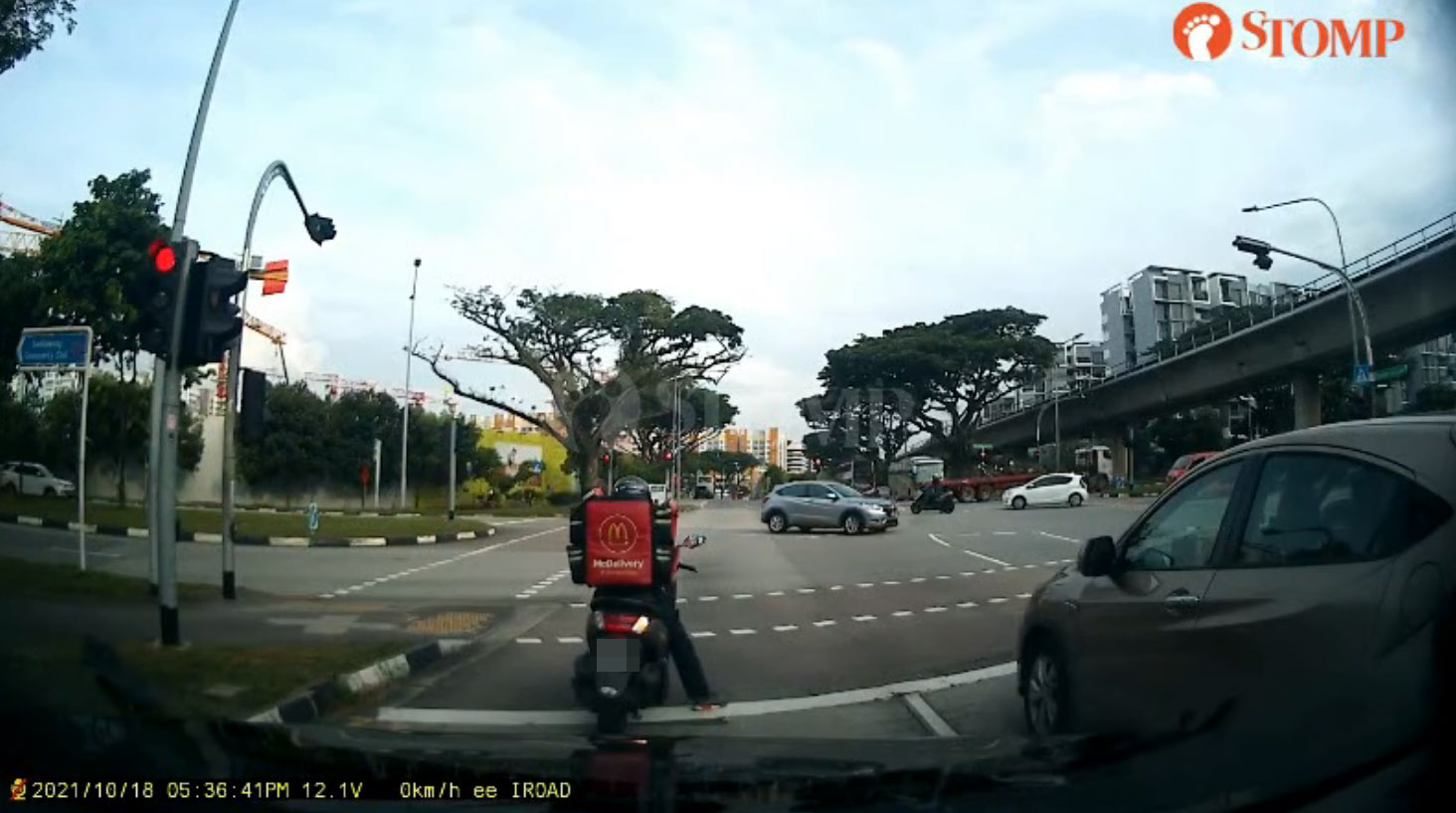 As the car approaches the junction, the driver appears nervous and does not accelerate even when executing the turn.

When the car makes the turn, it gets hit by an oncoming vehicle, causing it to instantly fall on its side.

The video then skips forward to another scene minutes later, which shows a crowd of about 15 individuals gathering around the overturned car.

With the front passenger door left ajar, they seemingly check on the vehicle’s passengers, which STOMP claims are an elderly couple. 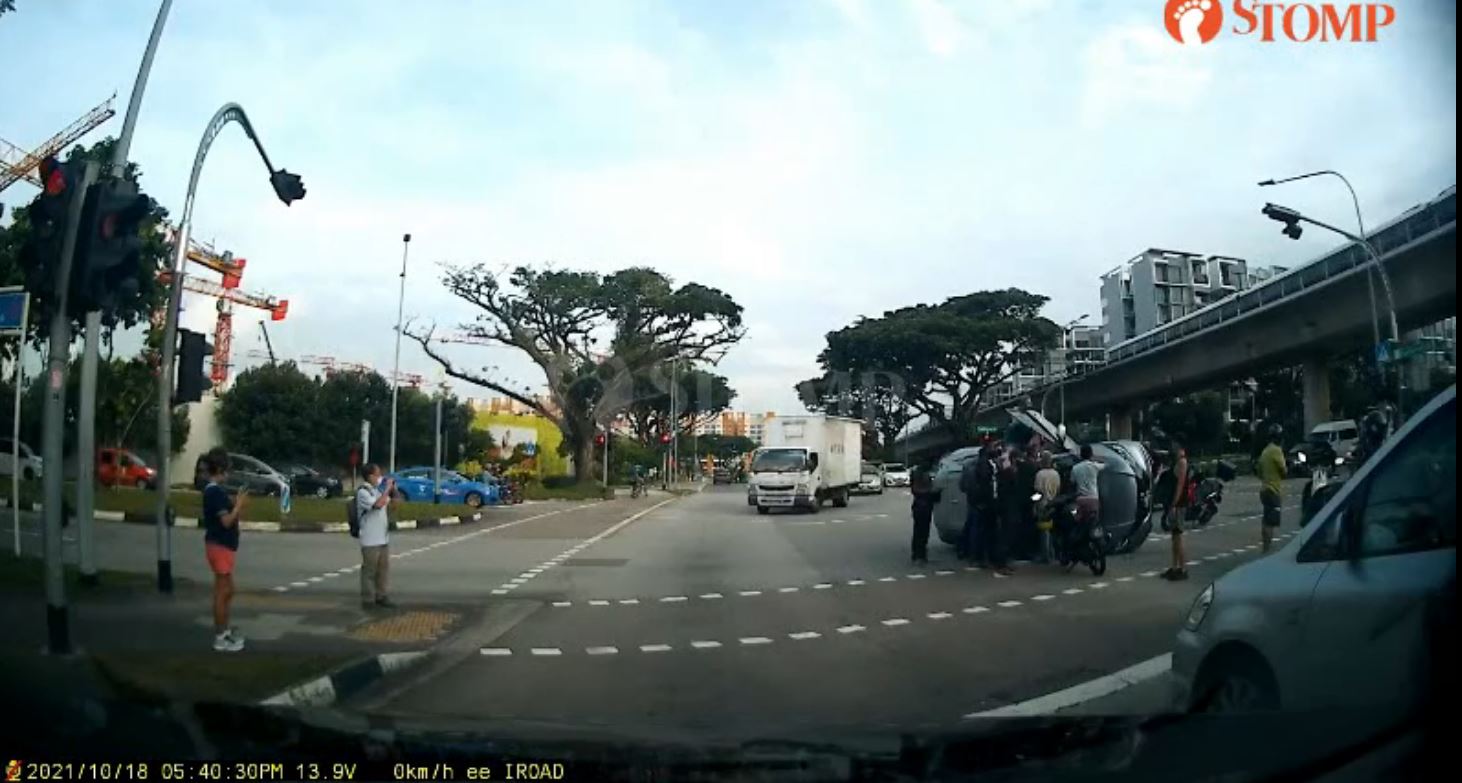 Later on, the passers-by appear to have their hands firmly on the overturned vehicle as they attempt to flip it back upright. 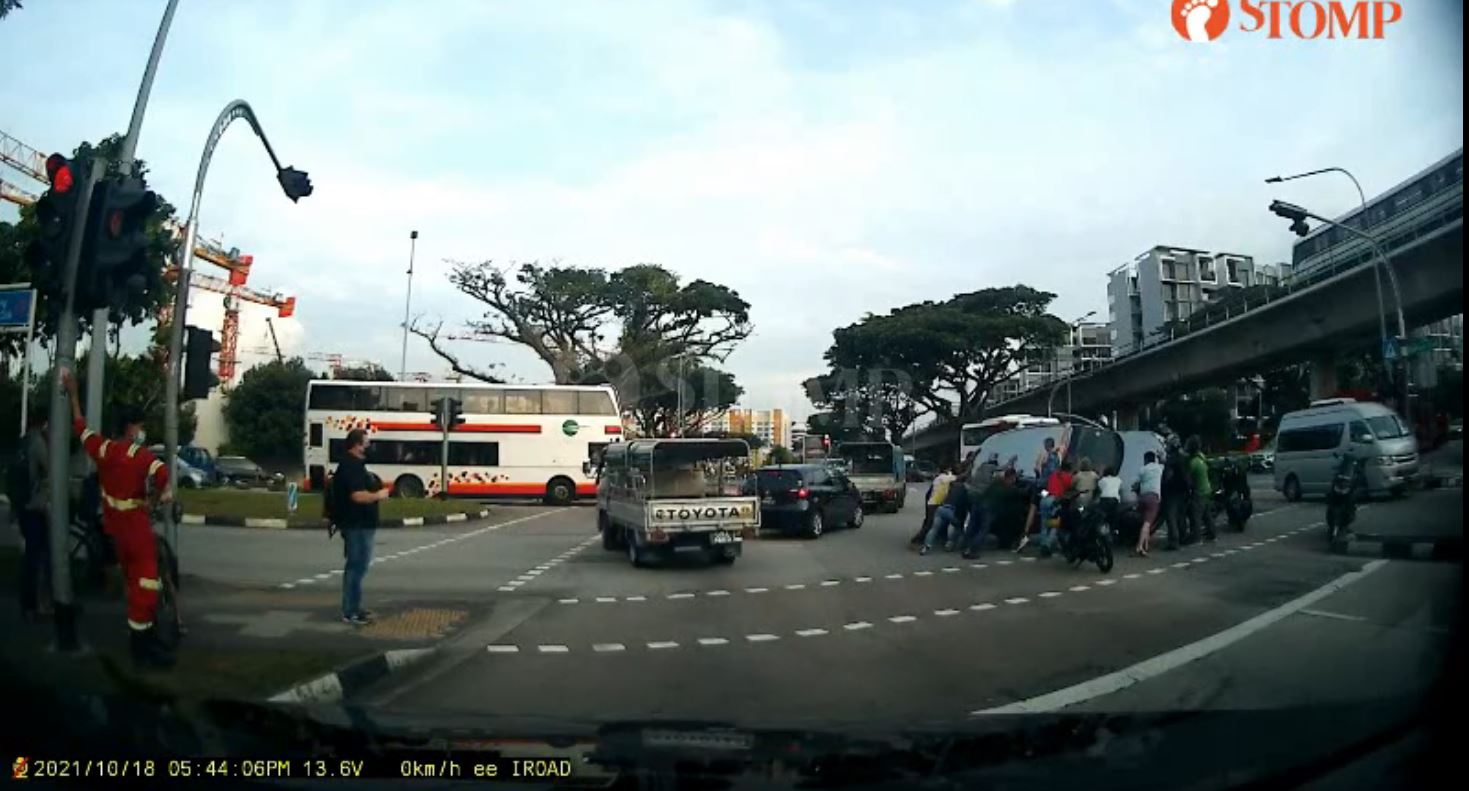 The group heave a sigh of relief following a successful effort to flip the car back upright.

Responding to MS News’ queries, the Singapore Civil Defence Force (SCDF) confirmed that they received an alert regarding the accident at about 5.45 pm on Monday (18 Oct).

However, the duo turned down the SCDF’s suggestions to go to a hospital.

Glad it ended on a positive note

Getting into an accident can be a pretty terrifying experience but in this case, we’re glad that there were no serious injuries and things ended on a positive note.

We hope those involved in the accident will make a swift and smooth recovery.