Baby Owl Causes A Hoot At Pasir Ris Park As Crowds Gather To Watch It, NParks Cordons Off Area 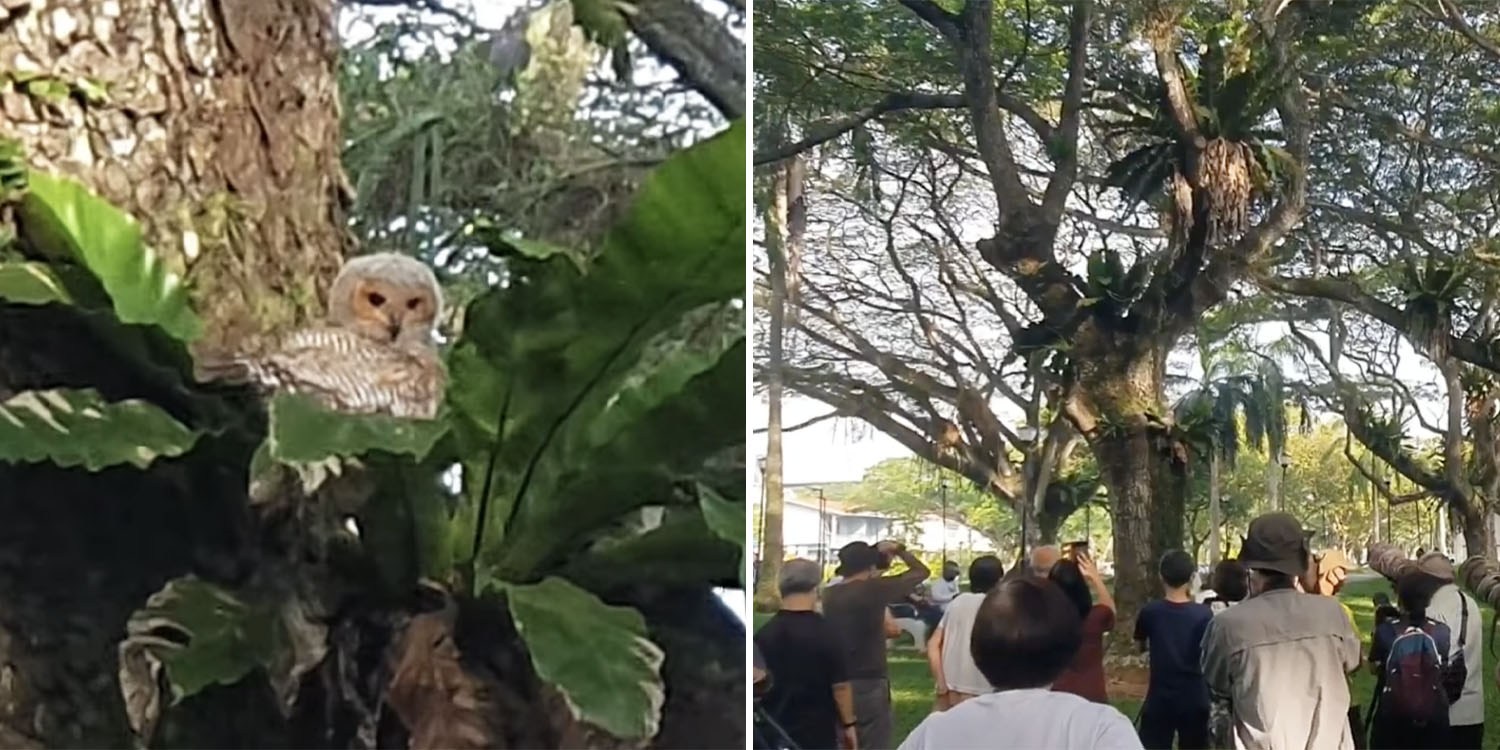 It looked confused at its new celebrity status.

Nature lovers in Singapore have a deep appreciation for the wildlife living on our shores.

This includes the spotted wood owls who are often seen at Pasir Ris Park.

On Saturday (1 May), park-goers spotted a young owl struggling to get back on a tree after falling.

The little one soon drew large crowds, all rallying behind it. Eventually, the owl managed to make it to safety.

Owl struggles after falling from tree

On Saturday (1 May), large crowds were seen gathered around a tree at Pasir Ris Park.

Many were photographers armed with cameras, focused on the trees and its inhabitants

It turns out that a young owl was causing a hoot amongst the park-goers.

The struggle appeared real, as it had fallen from a tree.

Spectators watched on with trepidation as the owl struggled to climb its way back up the tree.

A netizen present at the scene also spotted its parents worriedly looking on from a higher vantage point in the tree.

With everyone silently cheering it on, the young owl eventually managed to climb its way to safety. 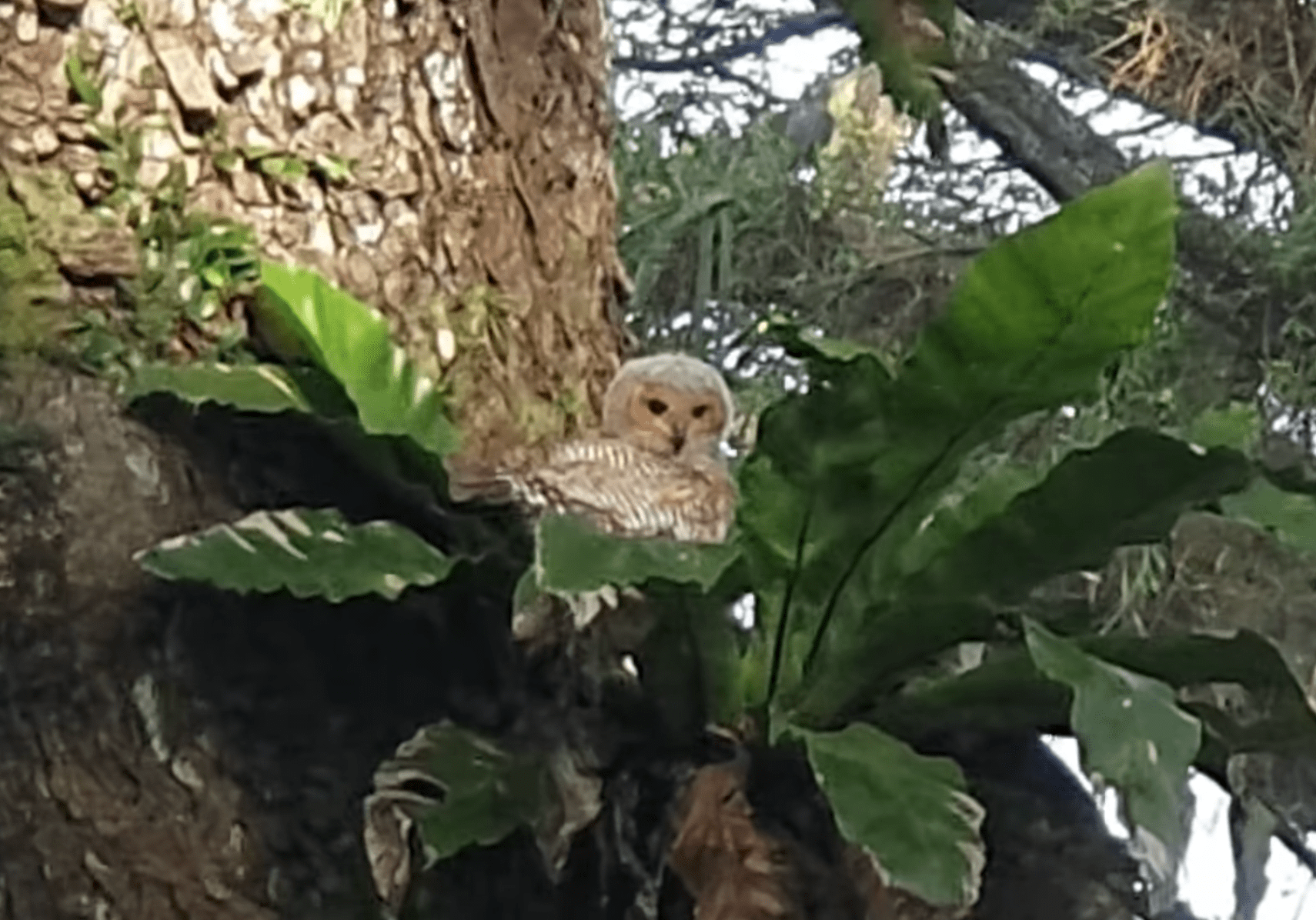 According to a Facebook post, even as the young owl was struggling to make its way up the tree, the excited crowd was inching closer and closer, many trying to get the perfect photo of it.

Soon after the owl made it to its resting spot, National Parks Board (NParks) personnel were seen cordoning off the area to put some distance between the crowd and the owl. 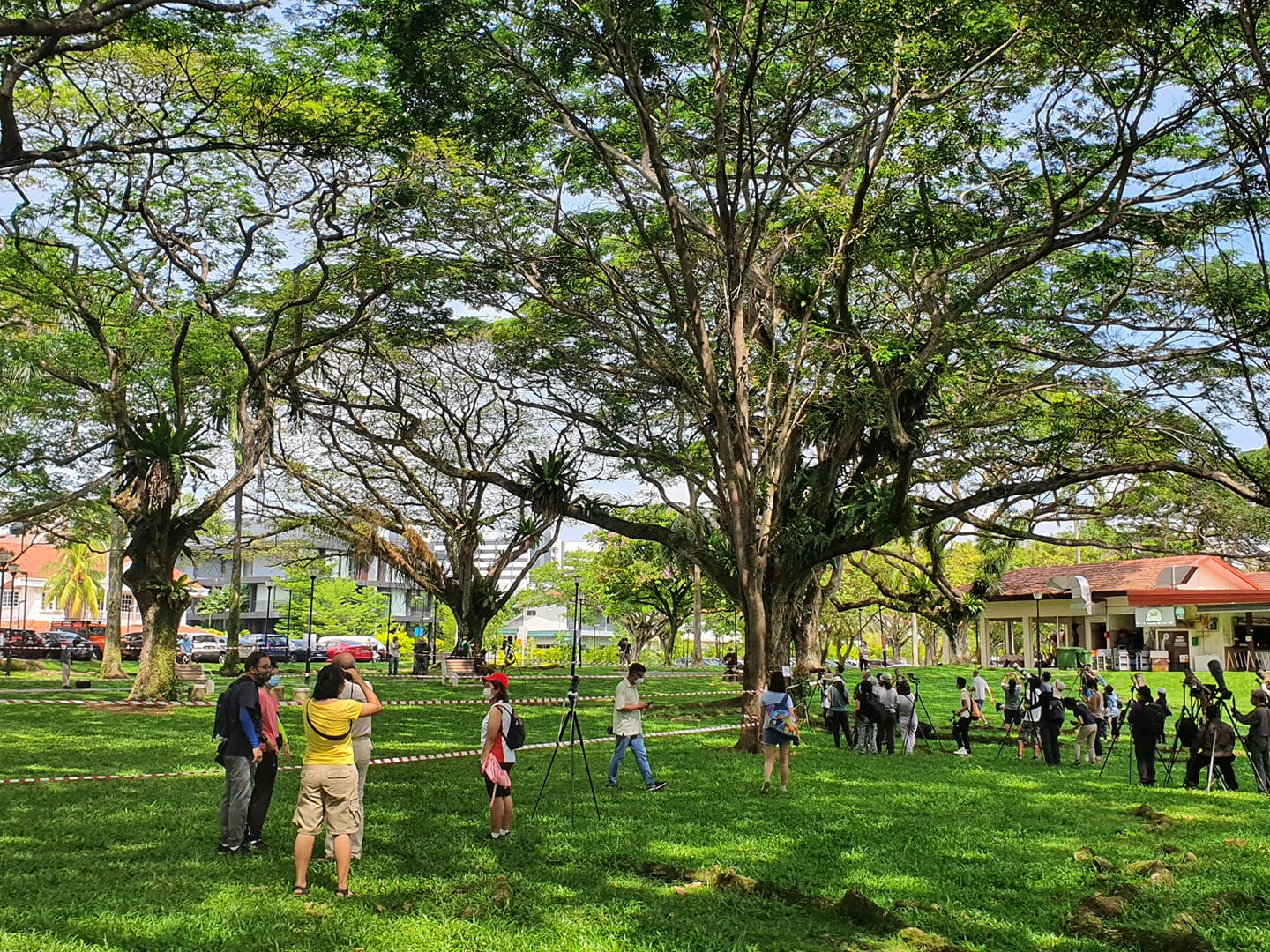 Even then, several were not deterred and many were still seen crowding around the tree, albeit further away.

The young owl looks on, as if confused by its new found celebrity status. Owl may have fallen just a few days back

The young owl appears to be the same one who had fallen from a tree at Pasir Ris Park just a few days back.

On that fateful night, ACRES personnel had to be called in to help reunite the owl with its parents.

Thankfully, this time the young bird persevered and managed to make it back in the tree all on its own.

Failure is the mother of success, or something like that.

Looks like the young owl is having a challenging time learning to fly.

But it does seem like it is gradually getting stronger and making progress. Hopefully one day, we’ll be able to see the little one successfully take flight.

If you happen to spot these owls, do remember to keep a safe distance and observe them from afar respectfully. Of course, take care to not startle them as well.