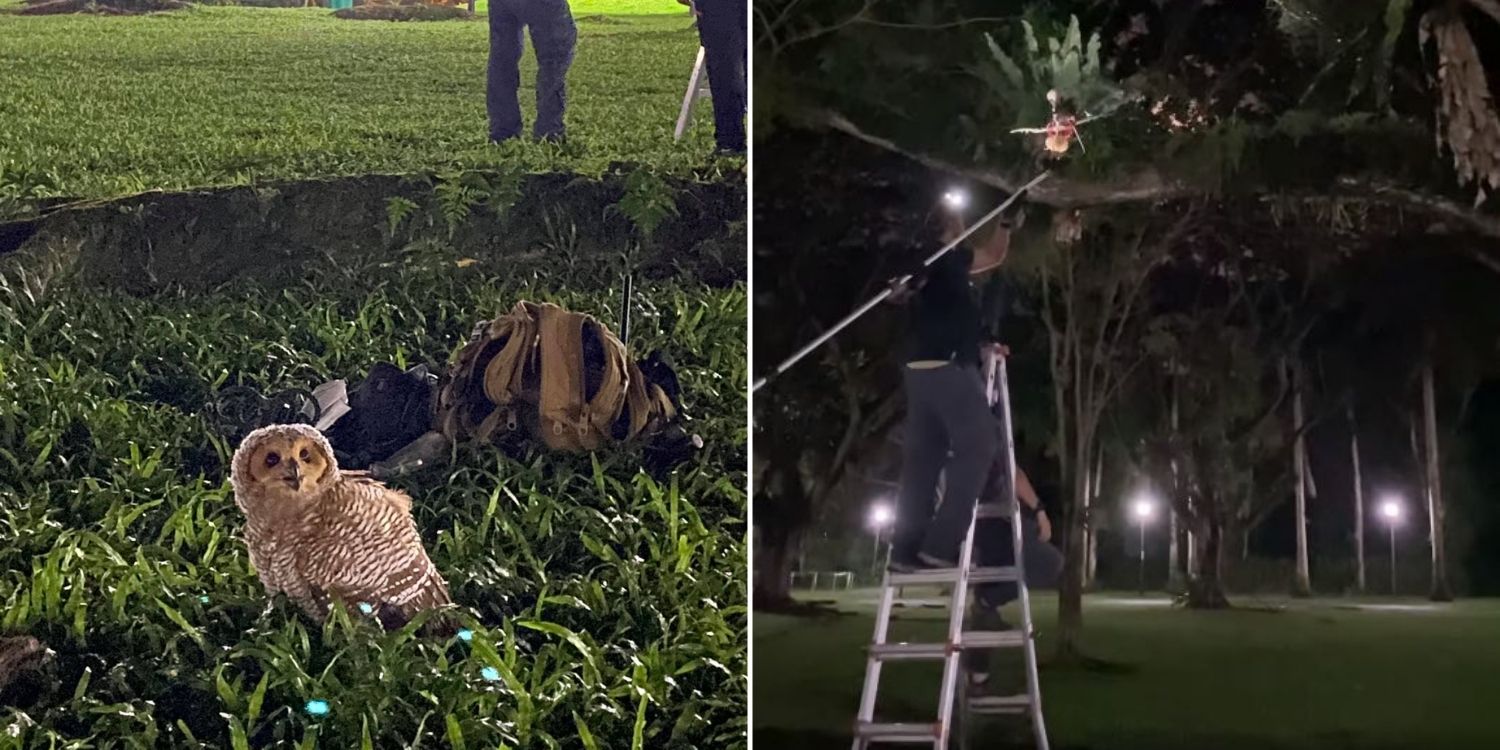 After several attempts, it was tired and looked disoriented.

Baby Owl Struggling To Fly Fails To Return Back To Tree

As night falls, owls will come out in droves. This is when baby owls will learn to fly and later be able to forage for their own food. 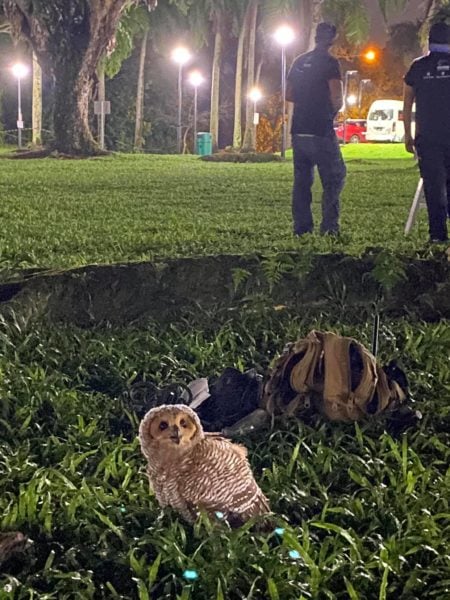 However, one baby owl’s attempts at flying appeared hindered.

Thankfully, for this baby owl, his cries were heard when he was found perched on the base of a tree at Pasir Ris Park, with its family in the trees.

ACRES personnel soon arrived and reunited the family after the fourth attempt.

Baby owl was dazed and confused

On Wednesday (28 Apr), a pair of helpful park-goers found the juvenile owl at Pasir Ris Park D sat at the base of a tree. 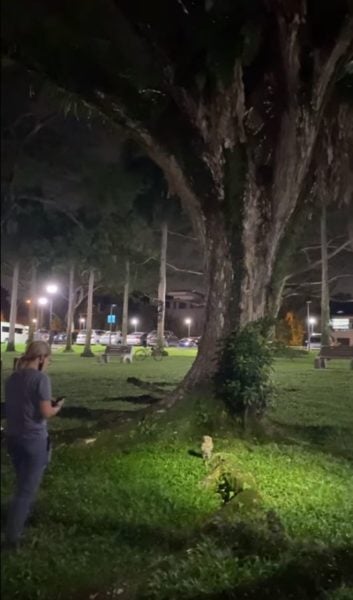 The park-goers had witnessed the owl failing to return to the same tree.

The poor owl halted its attempts after several tries and appeared to be disoriented.

Meanwhile, the owl’s family was spotted on the same tree, calling for the baby owl.

ACRES comes to the rescue

One of the park-goers contacted ACRES for help after watching for some time.

Personnel from ACRES promptly arrived and assisted the baby owl in returning to the branches of the tree. 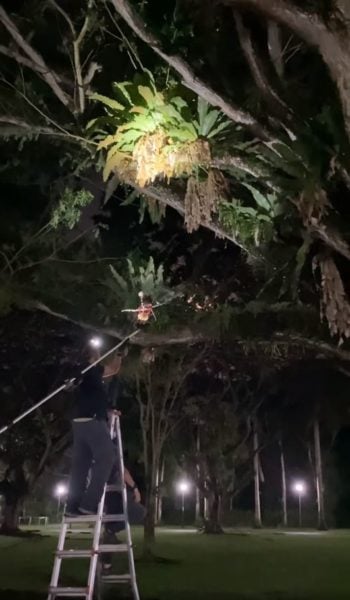 According to the Facebook post, the ACRES personnel attempted to return the owl to the tree four times before being successful.

Kudos to the kind-hearted park-goers

Major props to the park-goers and ACRES for reuniting the baby owl with its family even though it was late into the night.

Thanks to them and the speedy ACRES personnel, the owl was returned safely.

Hopefully, the little one wasn’t too discouraged by this failed attempt and we hope to see him flying one day.