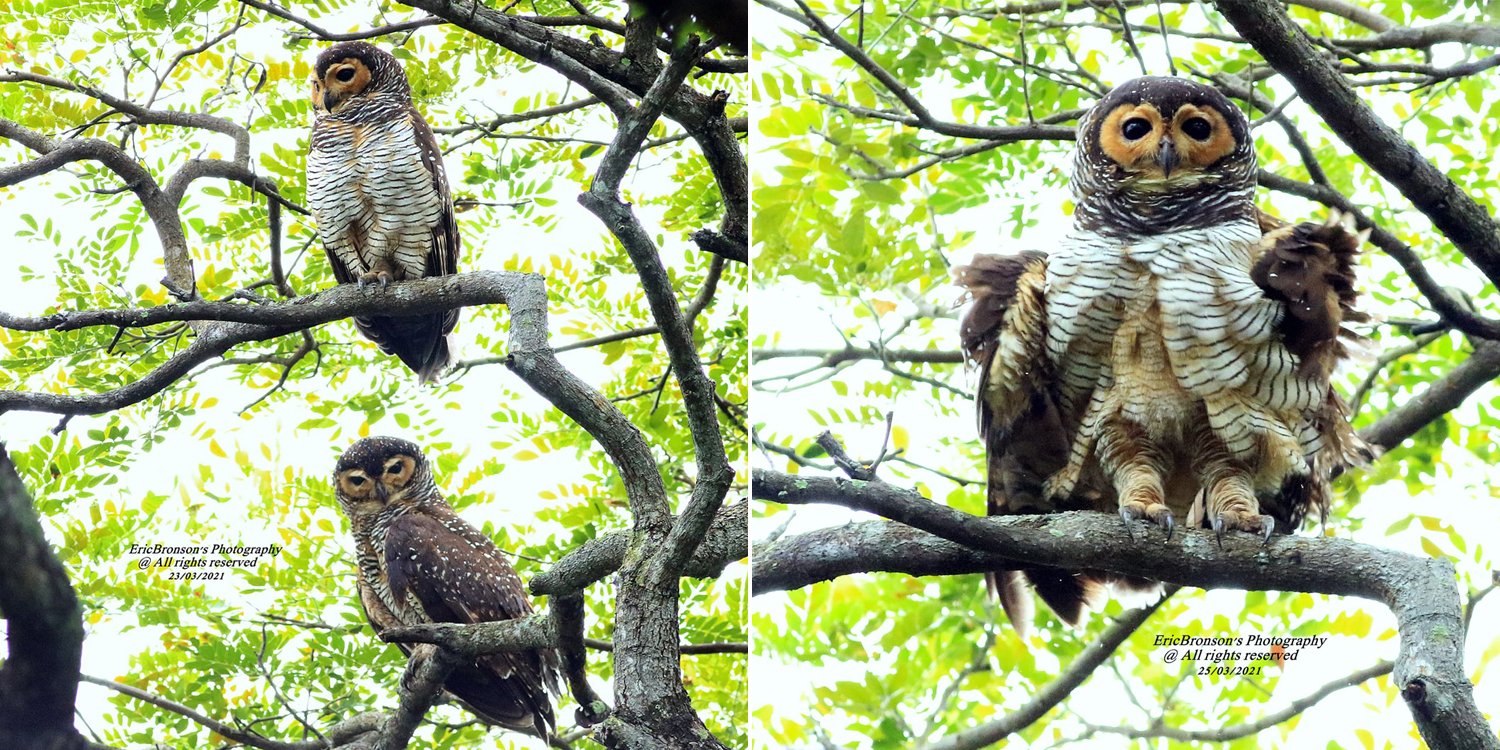 Mother Nature never ceases to amaze us. Just after we found an owl in Seletar with meme-worthy facial expressions, a new group of owls is causing quite the buzz.

On Friday (25 Mar), photographer Eric Bronson shared on Facebook photos of Spotted Wood Owls which he saw in Pasir Ris. 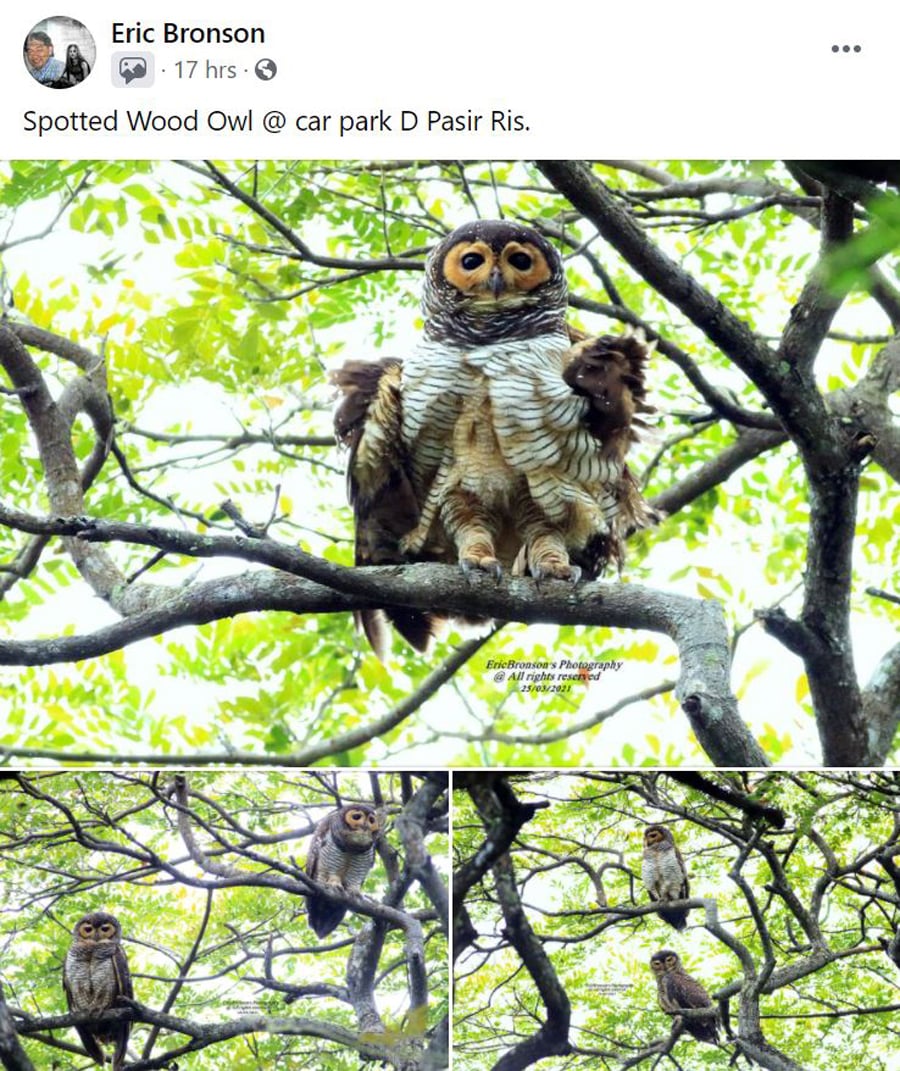 Netizens couldn’t help but point out that the owls’ plumage resembles a fancy striped coat.

At around 11am on Thursday (25 Mar), Mr Bronson chanced upon the rare birds at Car Park D at Pasir Ris Park. 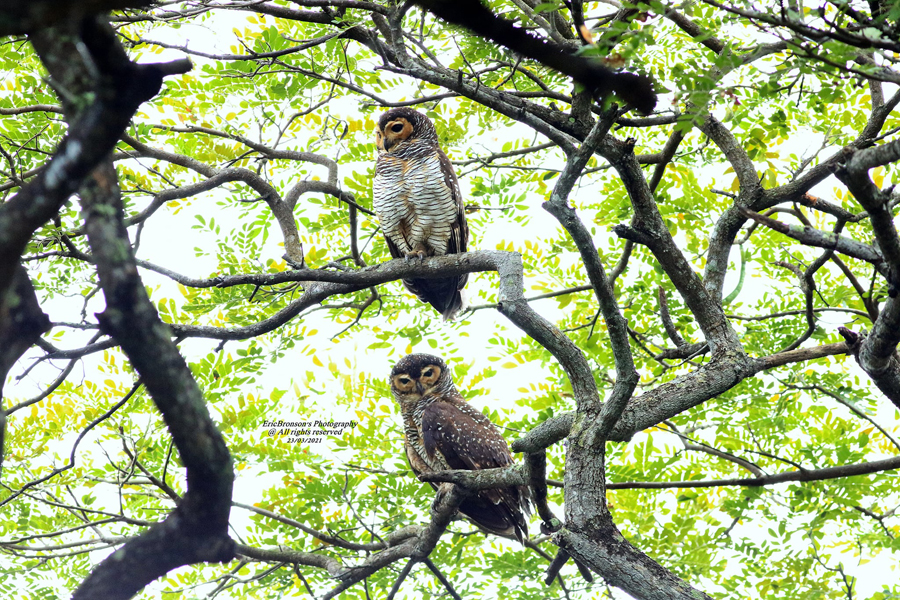 While we’ve seen many owls on our island, these distinct species stand out because of their fancy plumage. Their dark brown wings are also dotted with white spots, while their white breast has thin black stripes all over. 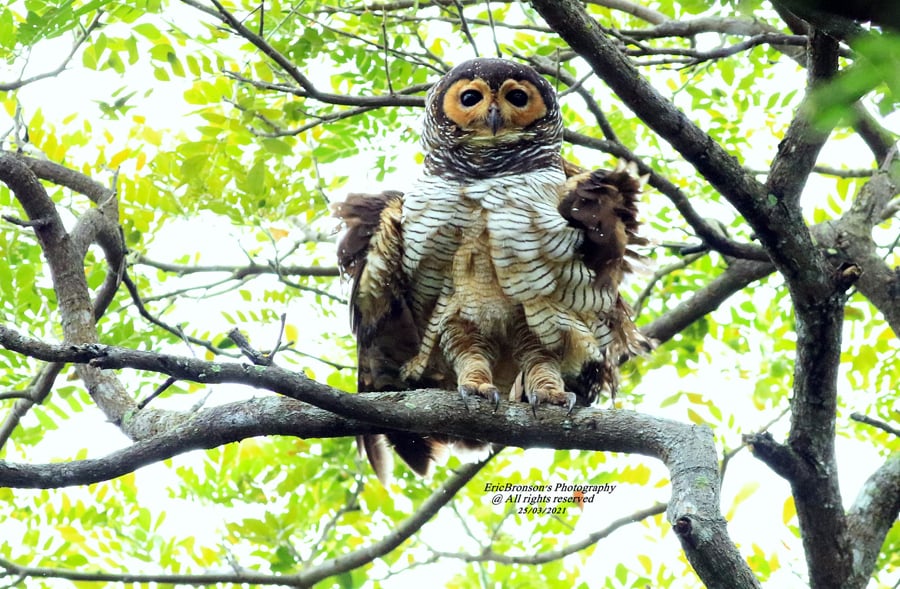 As they raise their majestic wings, their jacket-like bodies become visible.

According to NParks, the Spotted Wood Owl is the largest owl in Singapore, which has been sighted in various locations around the island. 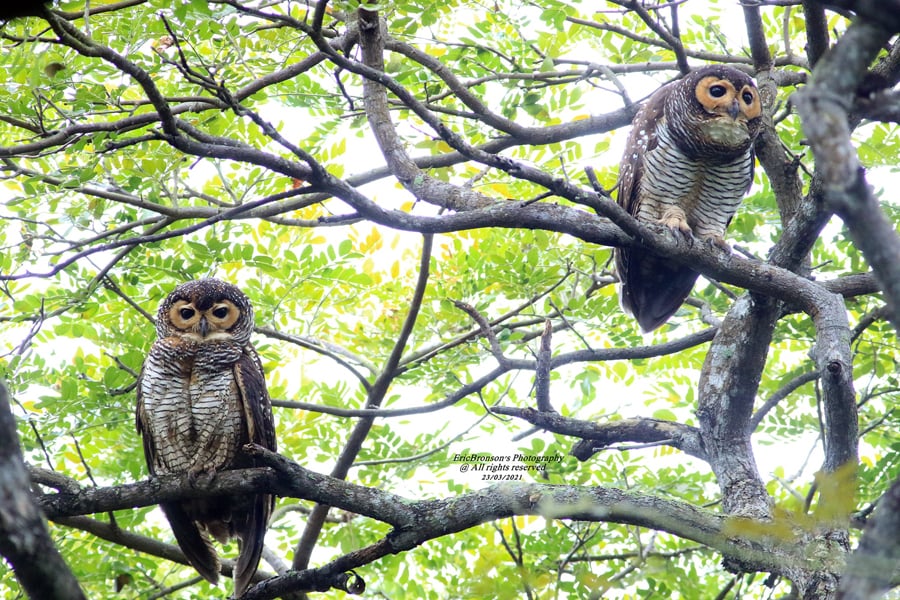 While the multiple sightings point to a good chance of survival, the species is still rare, as they face threats like habitat loss and disturbance.

This could be why some netizens claim that it’s a critically endangered species, though we can’t confirm the status.

Since the owl is a nocturnal creature, Mr Bronson’s encounter in broad daylight was truly an awe-inspiring one. Perhaps if we’re alert enough at night, we might even spot the beautiful creatures chilling among the trees too.

Nature-loving locals were understandably amazed by the beauty of these creatures.

One commenter shared that the owls seem to be wearing a designer coat.

Another Facebook user jokingly asked who was responsible for dressing these fashionable owls up.

Just like us, a commenter was simply happy to learn about the photographer’s lucky discovery.

While these spotted owls are not common in Singapore, observant individuals who keep a lookout may be able to spot them.

Next time you’re out and about, perhaps you’d like to look upwards towards the trees every now and then — if you’re lucky, you might very well find a bird in a fashionable coat staring right back.