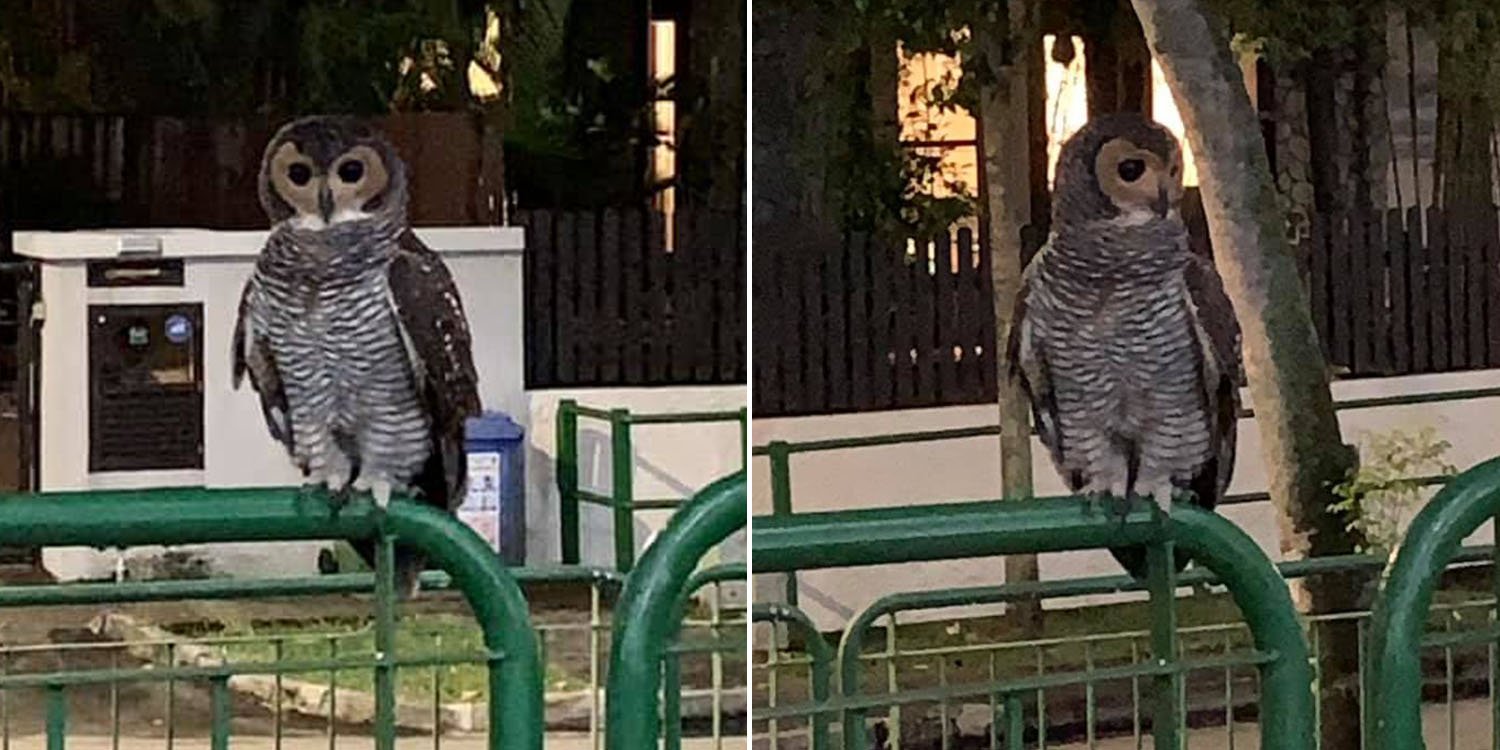 From magical forests to rare animal sightings, 2020 has certainly been a year where Singaporeans gained a deeper appreciation for all the natural wonders that our country has to offer.

On Wednesday (11 Nov), a netizen took to the Singapore Wildlife Sightings Facebook group to share about his encounter with a rare owl at Bukit Timah.

He also posted pictures of the rare bird, saying he never knew they were so huge. 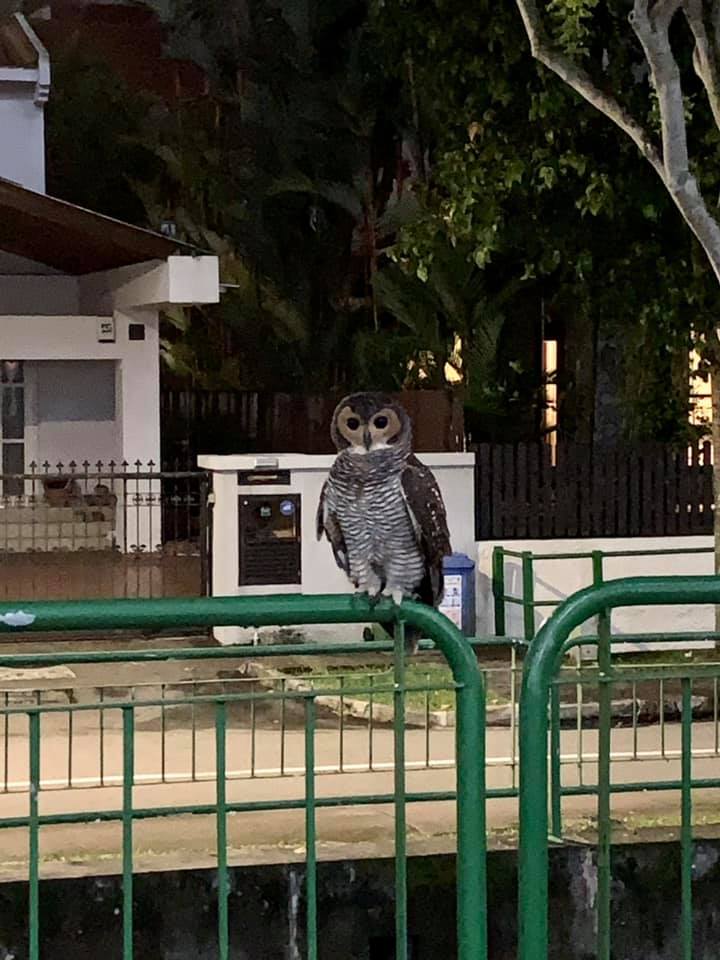 A netizen commented that spotting the owl was already rare enough, let alone at a housing district. He also joked that it’s perhaps there to deliver a Hogwarts letter.

A man in Singapore was walking along Queen’s Road on Wednesday (11 Nov) night when he spotted the owl.

Fascinated, he snapped some pictures of the mysterious creature. 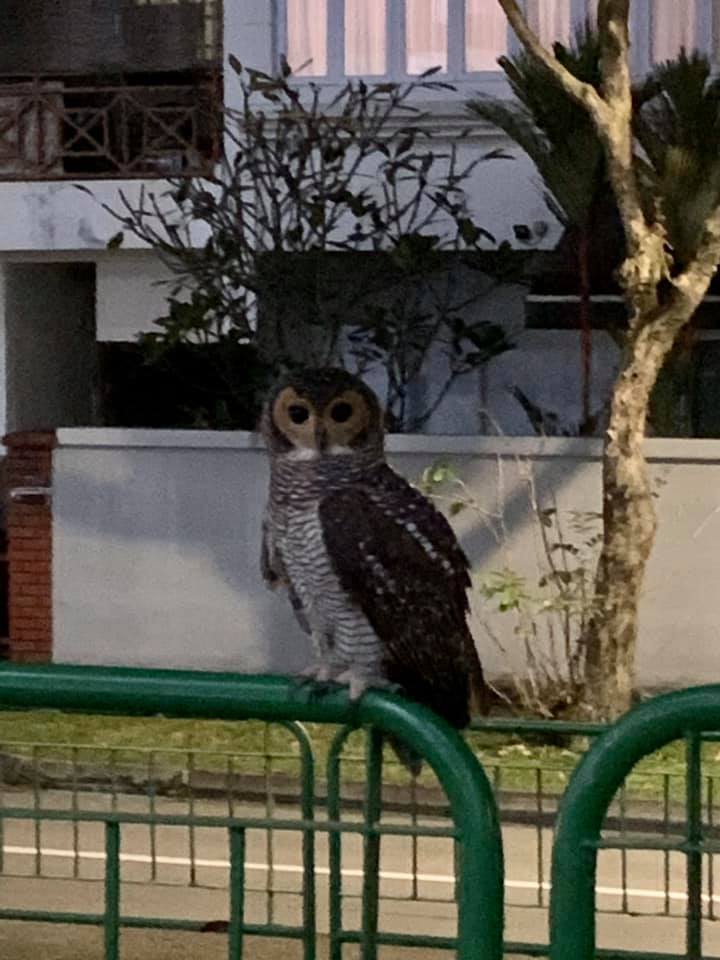 He shared that he even got to witness the owl extend its wings and fly from one barrier to another and was stunned at how huge its wingspan was.

Clearly, the owl was a lot larger than he had expected. 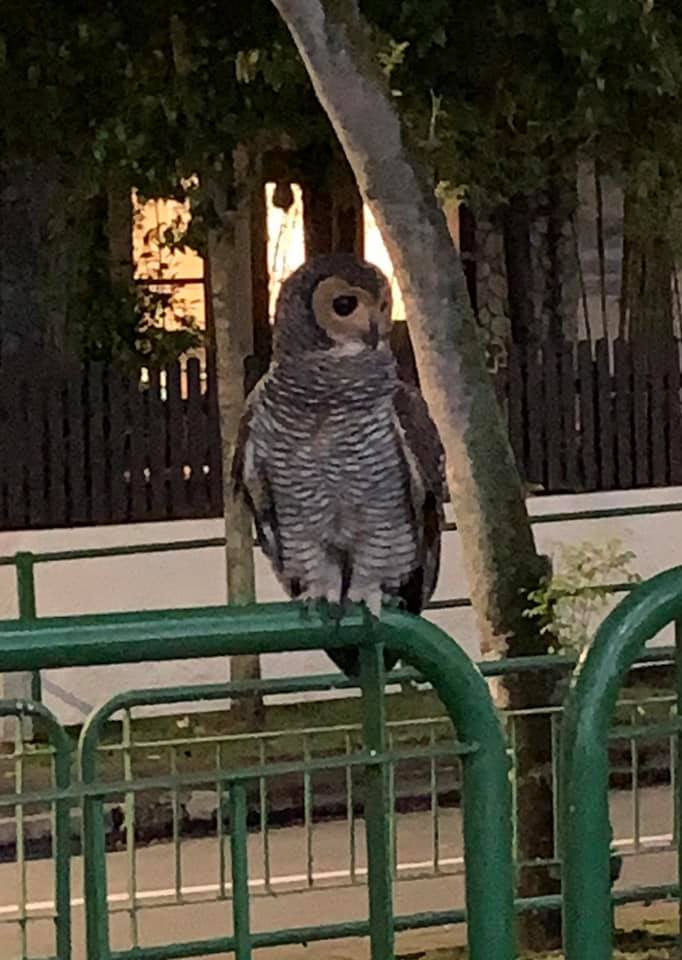 He even got to witness the owl’s captivating ‘head-turning’ abilities. 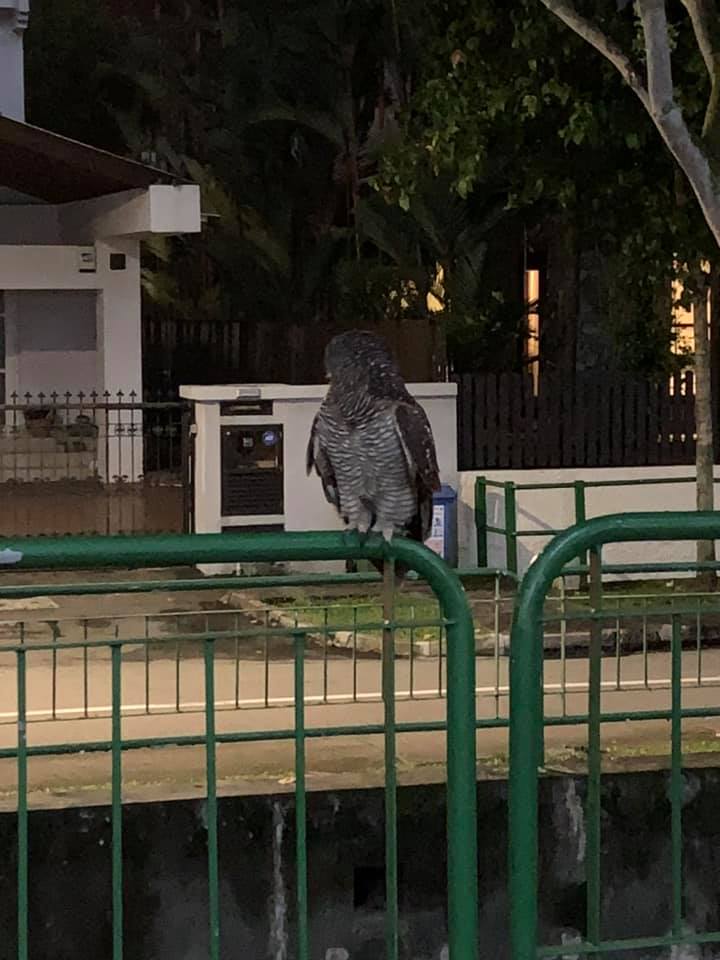 As it turns out, the man is truly fortunate to have encountered the owl.

According to netizens, the avian creature he spotted is a spotted wood owl — a critically-endangered species that also happens to be the largest of its kind in Singapore. 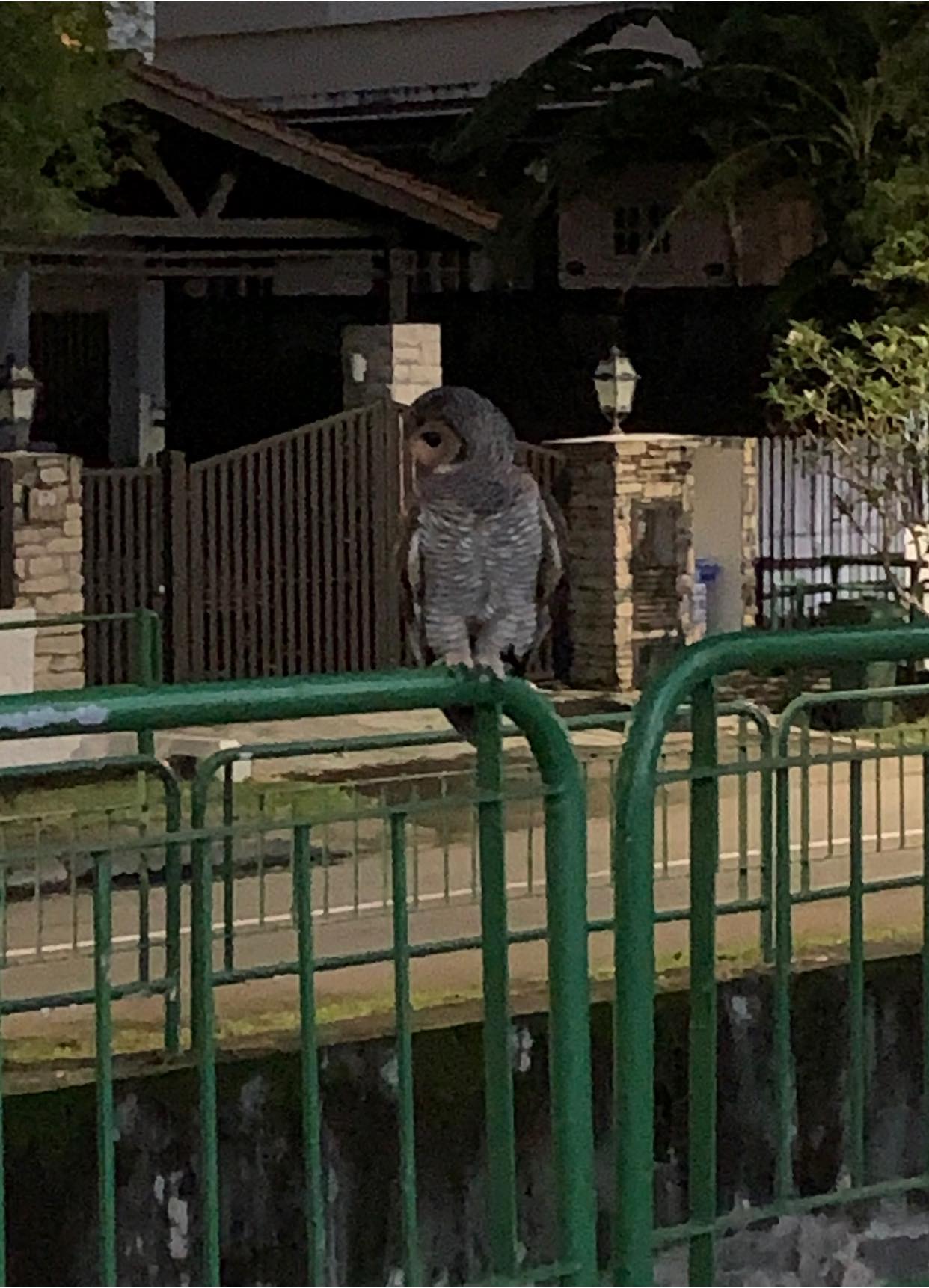 According to Owl Pages, the spotted wood owl can measure 44-48cm tall and has a wingspan of about 30cm.

To say that the spotted wood owl is a rare sighting is truly an understatement. There are only about 22 of them in Singapore, said Wild Shores Singapore, and since 1986, they have only been seen in 7 locations on our shores.

Other netizens were just as excited and fascinated by the spotted wood owl. To date, the Facebook post has already garnered over 1,800 shares.

Many commented about how lucky the man was to catch sight of the beautiful creature.

Others were just intrigued that we even have owls in Singapore.

This netizen took the chance to share his extensive knowledge about the spotted wood owl, saying it is extremely rare to see them in an urban setting.

He joked that perhaps the owl was in the area to deliver a Hogwarts letter.

What an experience it must have been to spot such a rare and majestic creature in the middle of a housing estate.

Sightings like these never fail to convince us that there’s so much more we can learn about the amazing biodiversity of our island city.