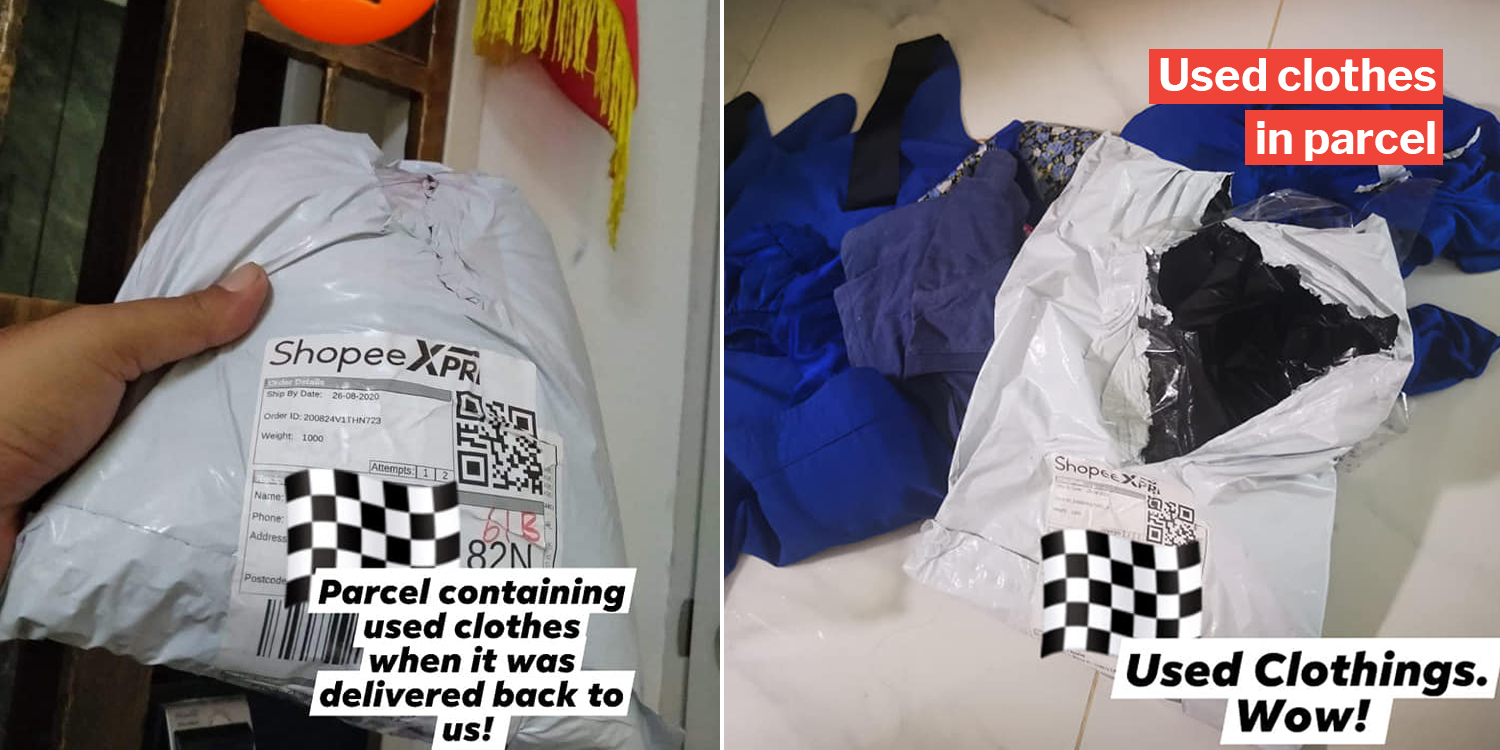 Given the number of parcels that a delivery person has to deal with daily, it’s only natural for mistakes to happen every now and then.

But while most would simply return or help deliver the package to the rightful household, one neighbour apparently had a different idea in mind.

On Monday (31 Aug), a netizen named Mr Low took to Facebook to vent his frustrations about a neighbour who allegedly filled his wife’s parcel with used clothes after it was wrongly delivered. 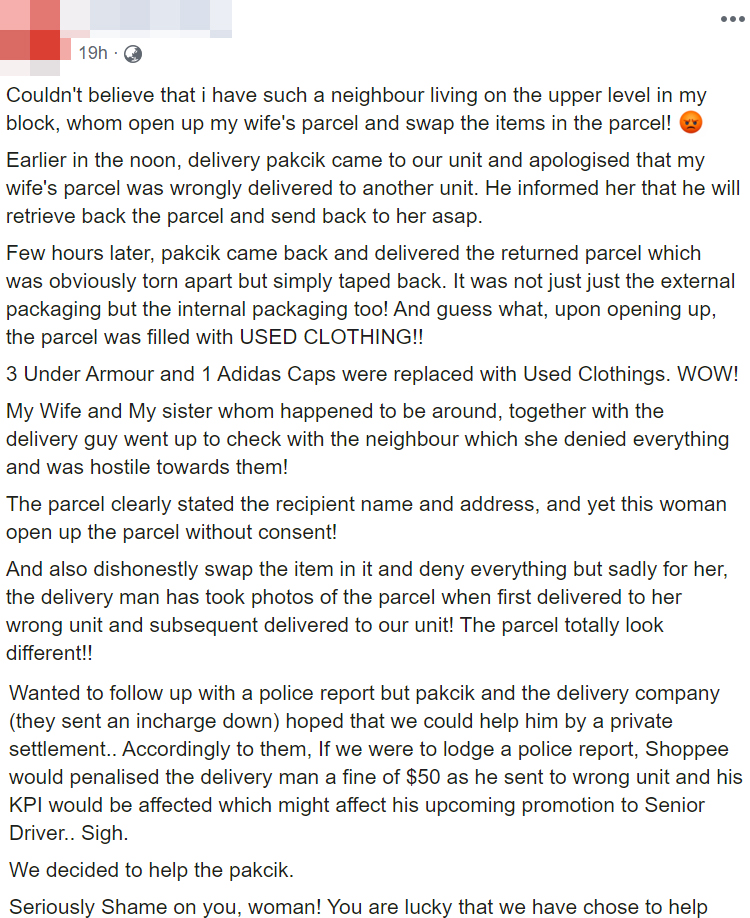 Man orders caps, gets used clothes in parcel instead

According to Mr Low, a deliveryman knocked on their door on Monday (31 Aug) afternoon claiming his wife’s parcel had been wrongly delivered to his neighbour’s unit.

The deliveryman apologised for the mistake and reportedly told the family he would help retrieve the parcel.

A few hours later, the same deliveryman returned with the parcel. However, there were signs on the external and internal packaging that it had already been opened. 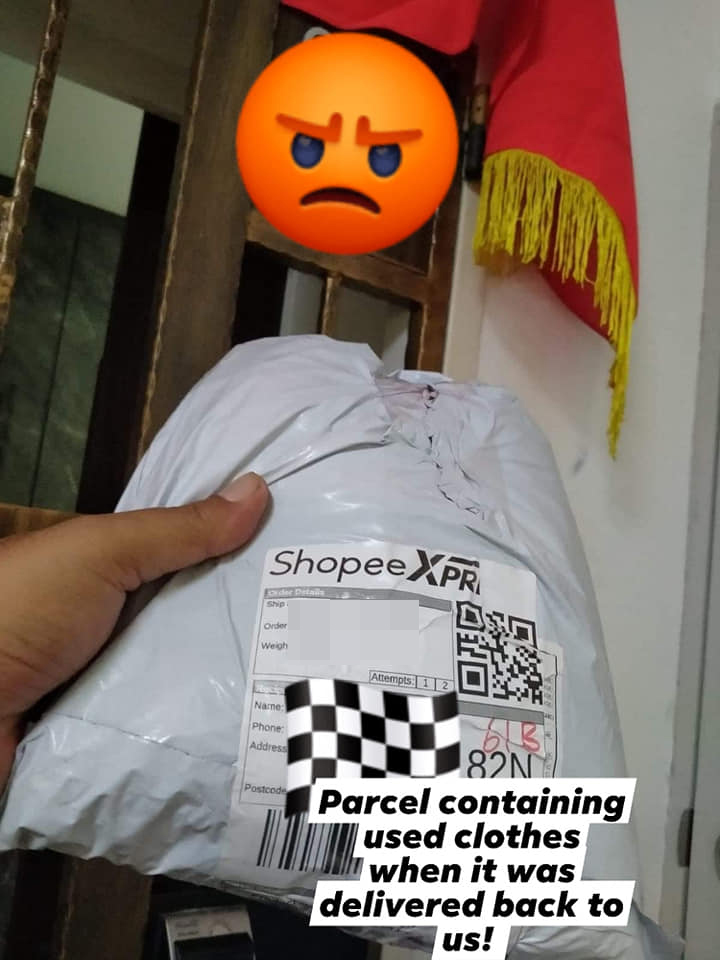 This was apparently how the parcel looked like originally. The horror, however, did not end there. When Mr Low opened the parcel, he allegedly found used pieces of clothing instead of the caps that his wife had ordered. 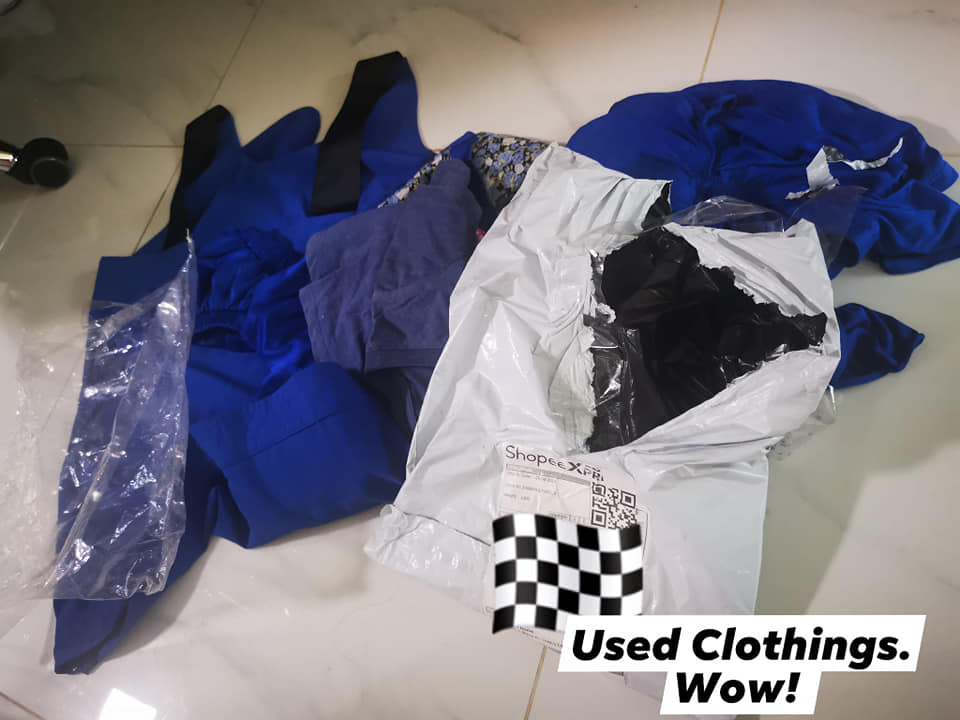 Mr Low’s wife and sister, together with the deliveryman subsequently went to the ‘wrong’ unit the parcel was delivered to.

However, the female resident allegedly denied the accusations and was even hostile towards the trio.

Mr Low wrote that he initially wanted to lodge a police report, but decided against it as the deliveryman would reportedly be fined. The incident might even affect his impending promotion, shared Mr Low.

The netizen later explained in the comments that the deliveryman ended up paying for the caps that were originally in the package.

MS News has reached out to Shopee for comments on the incident and will provide an update when more information is available.

Hope dispute will be settled amicably

As damning as the story may be, do note that this remains a one-sided account and should be taken with a pinch of salt.

Whatever the case, we hope Mr Low and his neighbour would eventually settle the dispute amicably.