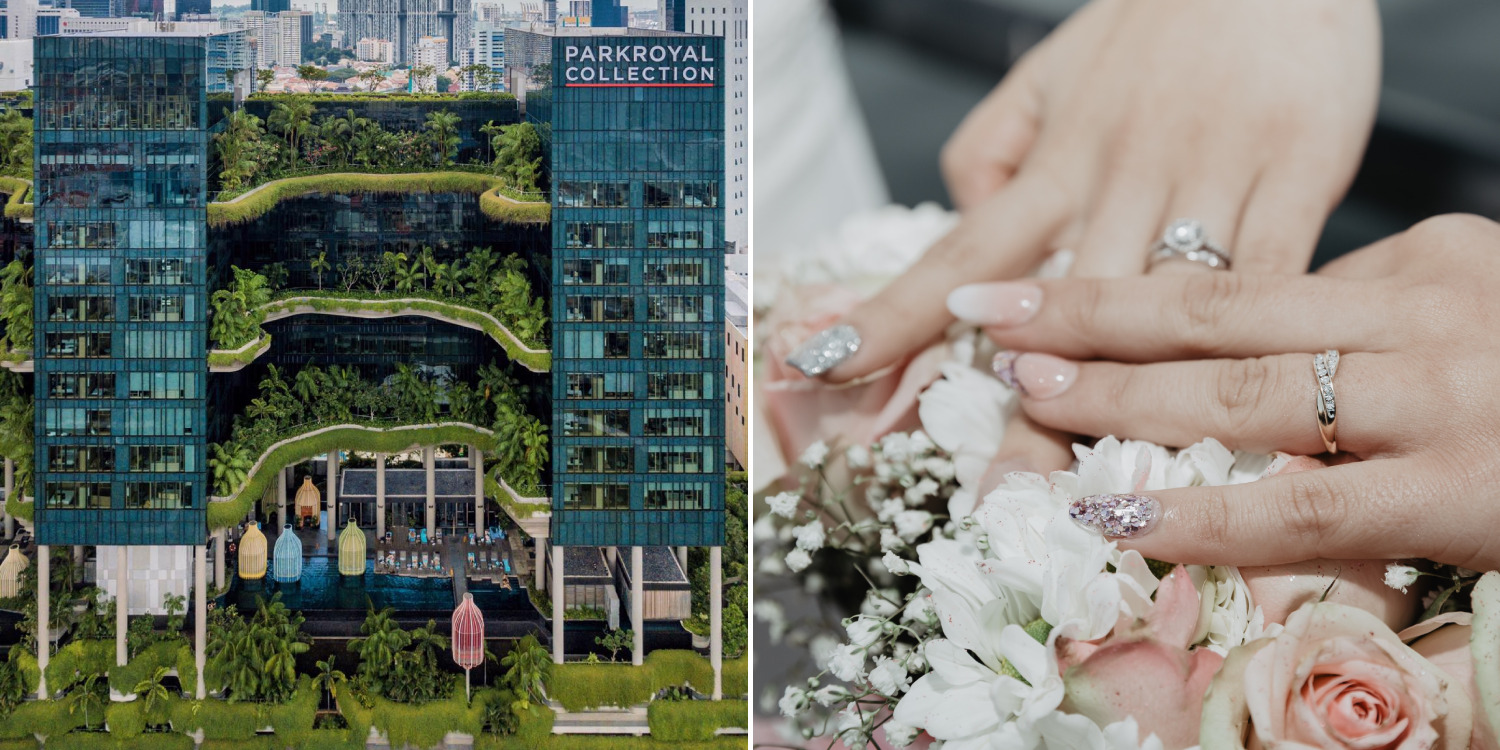 The couple was told that the hotel does not allow same-sex weddings due to regulations.

UPDATE (6:36PM): Parkroyal Collection Pickering has apologised for the incident once again, stressing that it is not in line with their official position. You can find their full statement below.

No matter how progressive a country may be, some communities, such as those of different ethnicities or sexual orientations, may face discrimination even though they do not deserve it.

Section 377A Of Penal Code Retained But Not Enforced, Pink Dot Expresses Disappointment

This was recently the case for two women who wanted to hold a wedding at Parkroyal Collection Pickering. However, a manager allegedly turned them down, citing hotel regulations as their reason for doing so.

The hotel has since publicly apologised to the couple for the incident and now insists on assisting them with the event.

Prout, a local organisation supporting the LGBTQ+ community in Singapore, first raised the issue on Instagram on Monday (20 Jun). 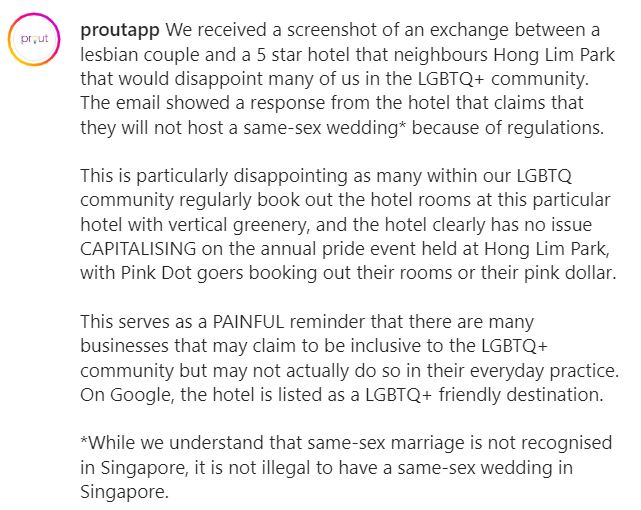 It shared that it had received screengrabs of a conversation between a lesbian couple and a five-star hotel.

While Prout did not name the establishment, it mentioned that it is “next to Hong Lim Park” and has “vertical greenery”, hinting at Parkroyal Collection Pickering. 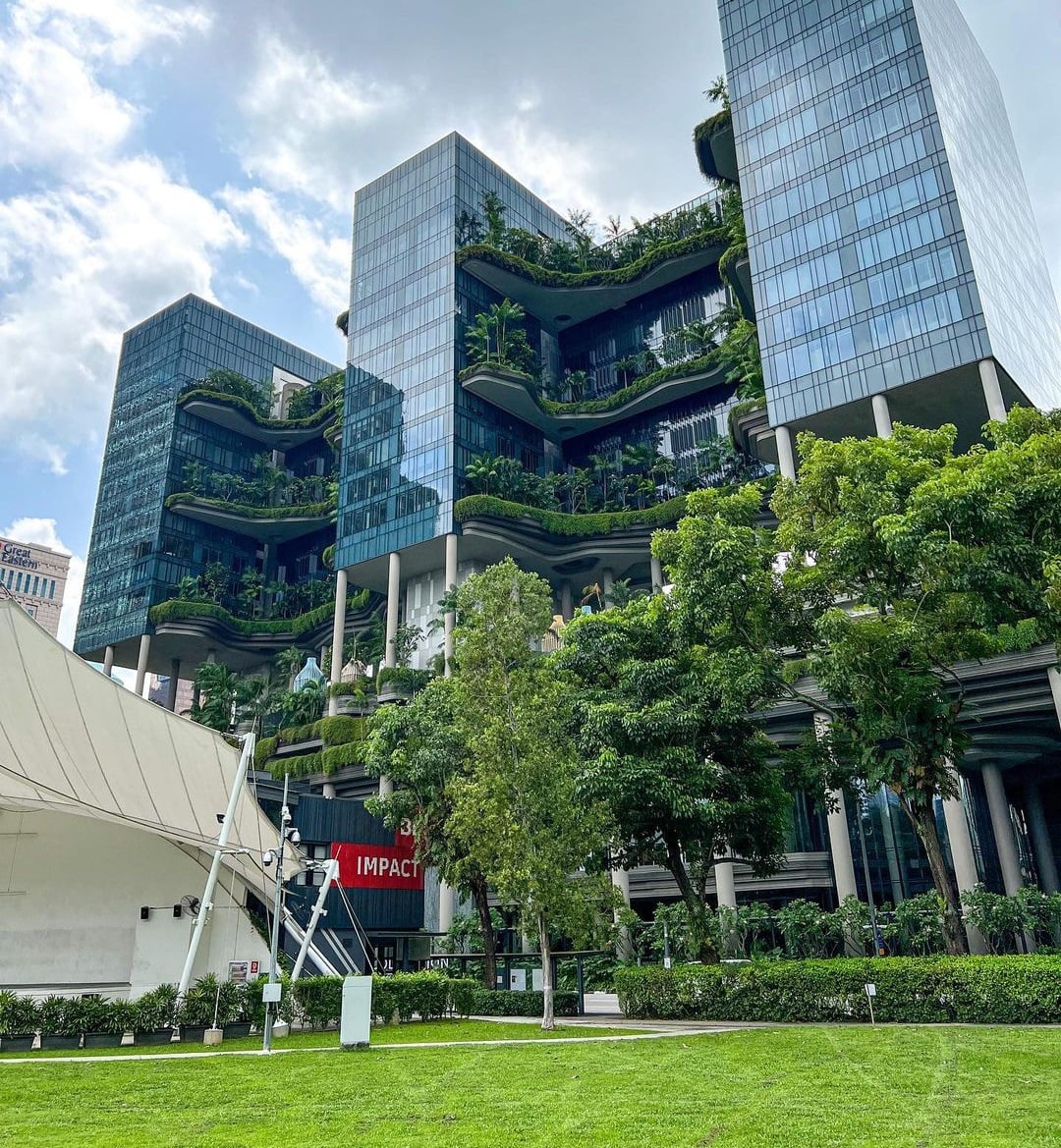 The couple had expressed their interest in holding their wedding celebration at the hotel. However, a manager replied by saying that the hotel does not allow same-sex couples to hold wedding ceremonies “due to the regulation”. 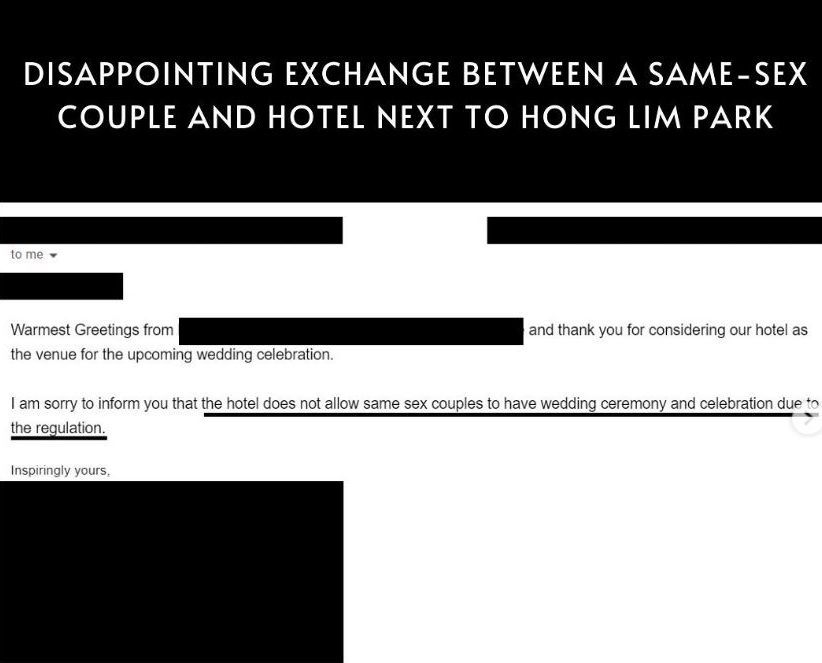 Prout noted that while Singapore does not recognise same-sex marriages, having a same-sex wedding is not illegal.

It also criticised the hotel’s decision, calling the establishment out for its discrimination against the couple.

What makes the situation even more disappointing, Prout added, is the fact that the LGBTQ+ community and Pink Dot attendees regularly book out this hotel’s rooms. 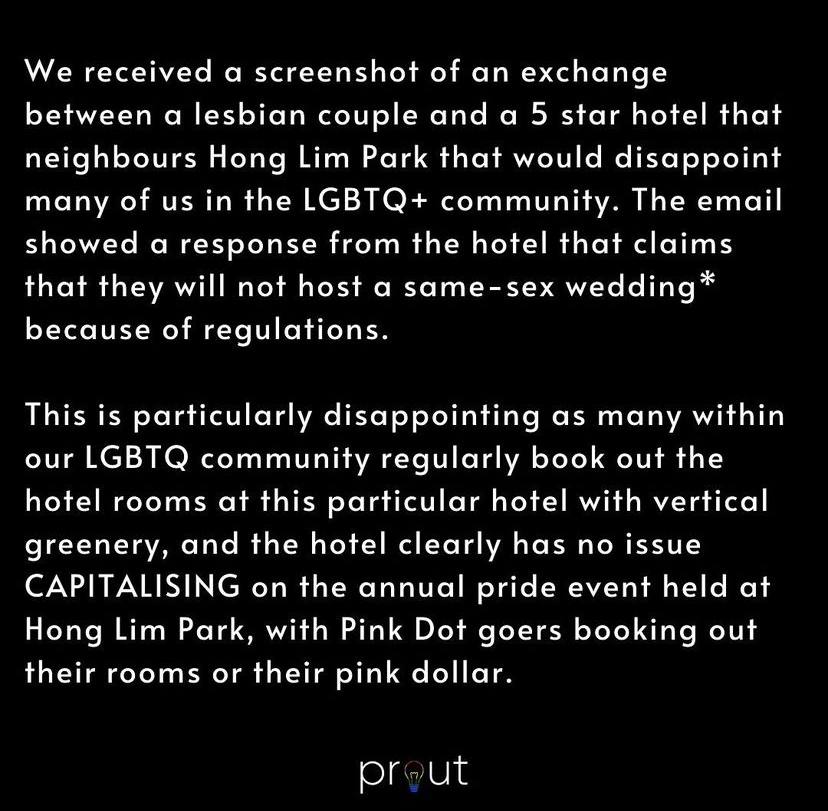 “The hotel clearly has no issue capitalising on the annual pride event held at Hong Lim Park,” Prout wrote.

Many called the corporation out for its discrimination despite benefitting from its close proximity to Hong Lim Park, where Pink Dot is held.

Others accused the hotel of being backwards thinking and narrow-minded.

On Tuesday (21 Jun), Parkroyal Collection Pickering responded to the backlash by issuing an official apology on Instagram.

Posting a simple graphic of the phrase “We are sorry” against a grey background, they explained that they are trying to “understand this unfortunate mistake and misinformation” that came from one of their staff members.

We are an inclusive hotel, and we are truly sorry for the disappointment and inconvenience this may have caused.

In addition, they shared that they have reached out to the couple and offered to help them with their event.

On 22 Jun, Parkroyal Collection Pickering sent out a statement clarifying the matter. They assured that such actions were not in line with the stance of the hotel.

The associate was also deeply remorseful for the incident, and understood the severity of their behaviour. Here’s their statement in full:

PARKROYAL COLLECTION Pickering would like to extend its sincere apology again for causing this disappointment to both the couple and community as a whole.

When we were informed by our teams of this email, we immediately investigated the matter as it was not in keeping with the hotel’s position, which has been open to hosting all events from the LGBTQ+ community.

We found that the associate who had replied had made a truly regrettable mistake, with a wrongful assumption of the law, and replied without checking on this with the department leader.

We spoke with the associate and impressed the error in the associate’s assumption and approach. The associate feels very remorseful for this error and understands the upset it has caused for the couple, whose special day was impacted.

Though we have always been diligent in this matter, we could have done better to ensure our team’s understanding of the regulations and our ongoing commitment to inclusivity. This is especially important for my team that oversees all celebrations, events and weddings over the years.

Yesterday, we reached out to the couple to apologise to them and see if we could assist them with their request. We notice they have accepted our apology however have declined to now hold the event with us, which is very understandable.

We have since reiterated to our entire team our position and ensure they understand our shared value of inclusivity as we welcome all celebrations.

The couple has since acknowledged Parkroyal Collection Pickering’s statement, adding that they received an apology in private as well. While they thanked the hotel for taking responsibility, the women stated that they no longer want to celebrate their big day there.

We hope that other hotels will be inspired by the Parkroyal Pickering and reconsider their own policies and communications towards allowing same-sex couples to hold their celebrations there.

The message is signed, “Queerly yours, thelesbiancouplewhojustwanted2gethitched”.

It is understandably upsetting to have such a joyous occasion marred by unnecessary discrimination and disappointment.

Hopefully, more hotels will strive to improve their approach when it comes to hosting same-sex weddings.

After all, everyone deserves to celebrate love — regardless of who their partner is.

Featured image adapted from PARKROYAL COLLECTION Pickering, Singapore on Facebook and @digitalsofia on Unsplash, for illustration purposes only.