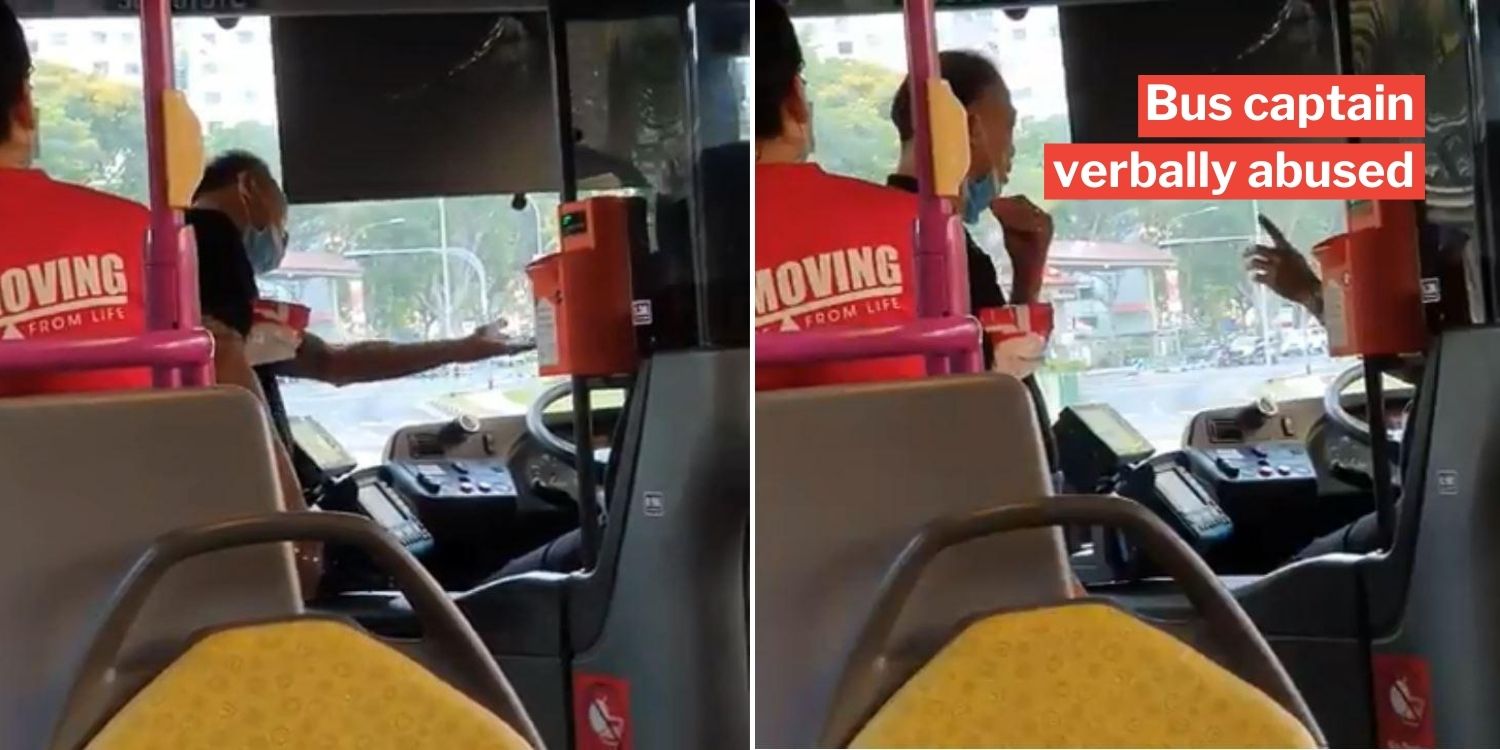 SBS Transit will share CCTV footage with the police.

Singapore’s law on compulsory mask-wearing outside the home has been in force since April, and you would think that people would have gotten used to it by now.

Unfortunately, over 4 months since it was enacted, we’re still seeing “sovereigns” who don’t wear their masks, at least not in the way they’re supposed to be worn.

In a recent incident in a bus, at least the man involved had a mask, but he kept taking it off. 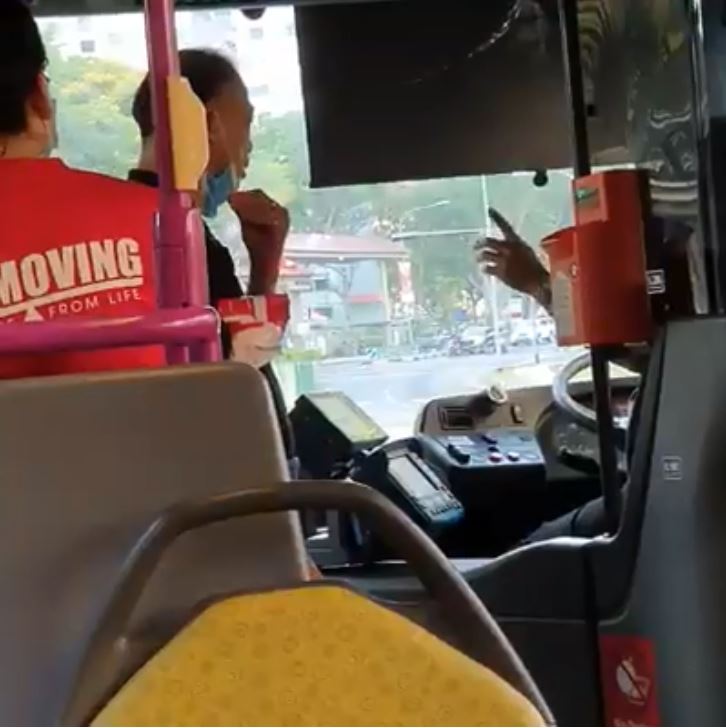 According to Lianhe Zaobao, the incident happened on bus service 54 last Saturday (8 Aug) at 6.19pm.

The paper quoted a witness as saying that the bus captain had approached a man sitting in the bus and asked him to wear a mask.

In fact, said the witness, the bus captain told the man that it’s the 3rd time he had to remind the man to wear his mask, and if he didn’t do it he would have to get off the bus.

In a video posted on Facebook, purportedly of the incident in question, we can see a short clip of a man arguing with a bus captain.

Though the man starts off wearing a mask in the video, he pulls it down to yell at the bus captain.

Ms Tammy Tan, senior vice-president of corporate communications for SBS Transit, told MS News in a statement that the bus captain was “merely doing his job by asking the commuter to wear his mask – which is mandatory by law”.

Corroborating the witness’ account, Ms Tan also said that the bus driver had to ask the man to wear his mask more than once.

That’s because the passenger kept taking it off.

In fact, this happened a 4th time — after which the bus captain decided to report the incident to the Operations Control Centre for assistance, Ms Tan said.

It was then that the passenger approached the bus driver.

He proceeded to hurl vulgarities and threaten the bus captain, said SBS Transit. 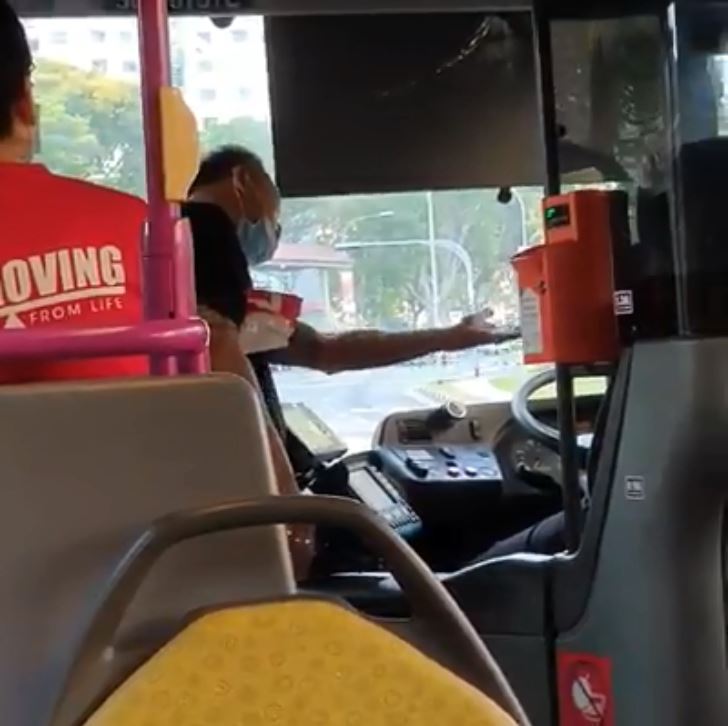 He then got off the bus.

However, Lianhe Zaobao quoted the witness as saying that the man got off the bus only after the bus captain said he would call the police.

Before that, the bus was stopped at a bus stop for about 8 minutes as the pair argued. The passenger also said he’ll make the bus captain lose his job.

Even after the man got off the bus, he didn’t let it rest — according to the witness, he continued to scold vulgarities at the bus captain.

Worse still, the witness said he also spat at the bus twice.

Not wanting to take this incident lightly, SBS Transit has filed a police report, the company said.

The report against the passenger notes that he breached current regulations — presumably those that require mask-wearing — and verbally abused the bus captain.

SBS Transit will also share CCTV footage of the incident with the police. 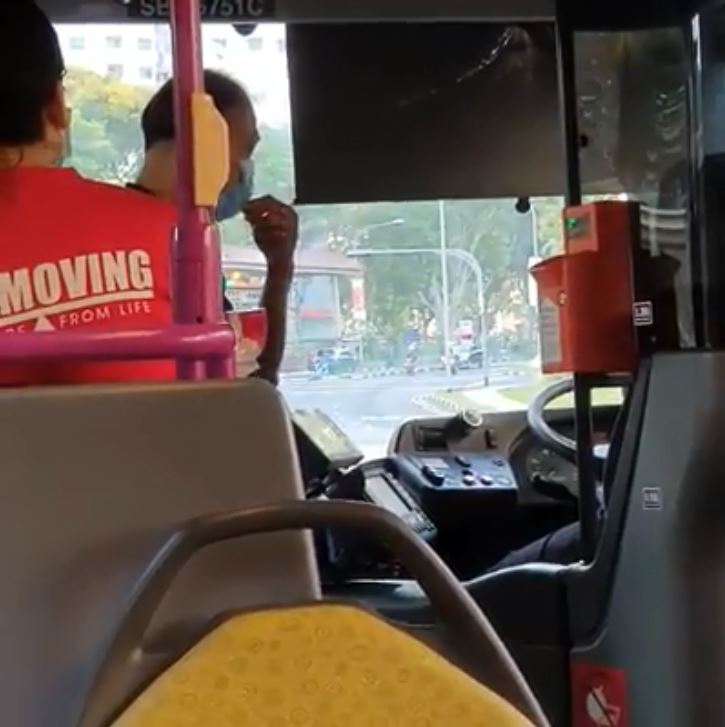 Following this incident, SBS Transit has urged passengers to treat their staff with civility, pointing out that bus captains are also frontline staff.

Bus captains… come into contact with many strangers every day and they, like many other frontline personnel, deserve better treatment.

The company also remind passengers that it’s compulsory to wear a mask on public transport.

No excuse for abusing bus captains

As Singapore’s mask-wearing rules were announced since April, there’s no excuse for not knowing the rules or trying to get around them.

And there’s also no excuse for abusing bus captains, who are just doing their jobs.

Please treat our frontline workers with respect, for they’re risking their lives to provide essential services for you.