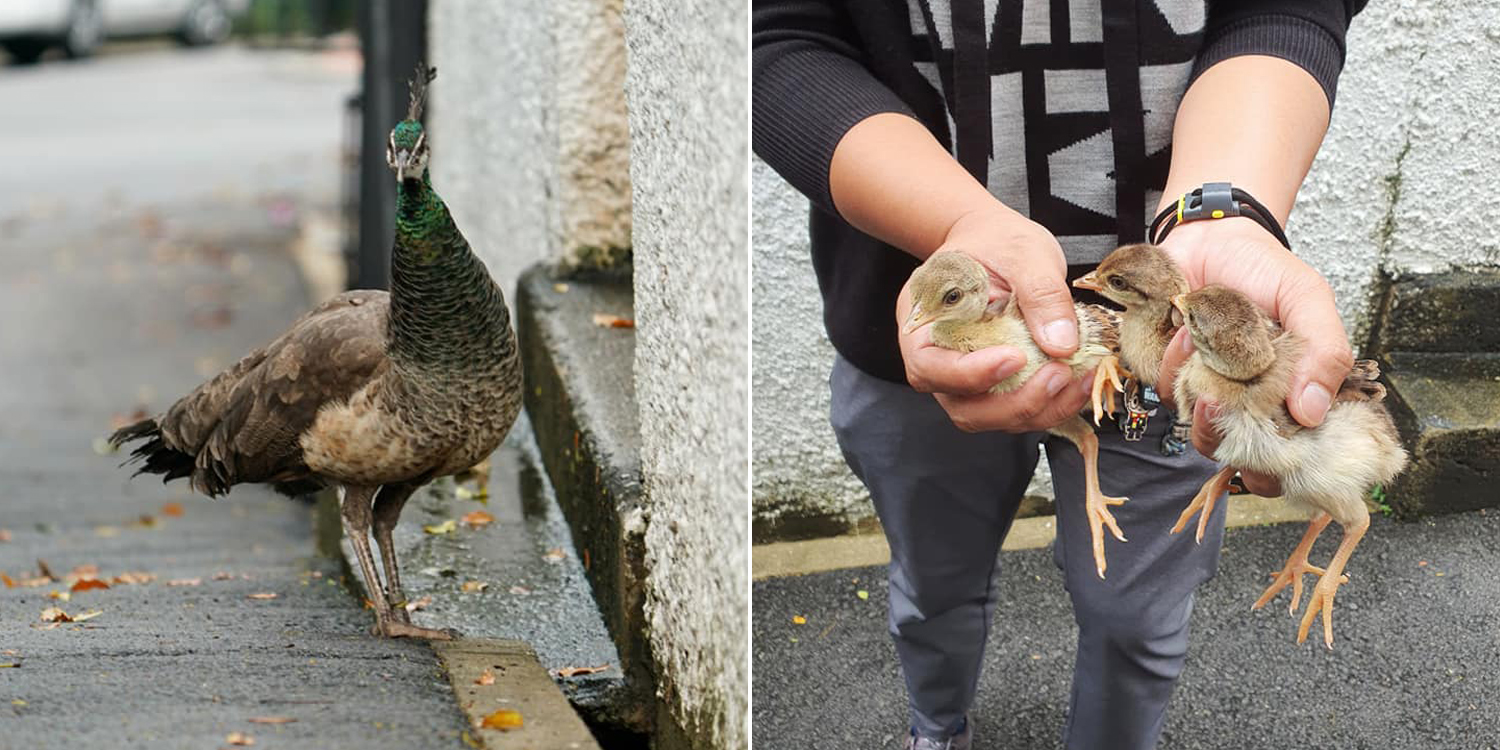 Birds usually chirp and squawk, so their cries are often left ignored. On Friday (18 Jun), Facebook user Ms Kuek discovered a peacock or more specifically a peahen making loud honking noises at Fort Siloso, Sentosa. Turns out, her chicks were stuck in a nearby drain.

Thankfully, Ms Kuek wasn’t the only one who took notice of the mama bird’s cries. 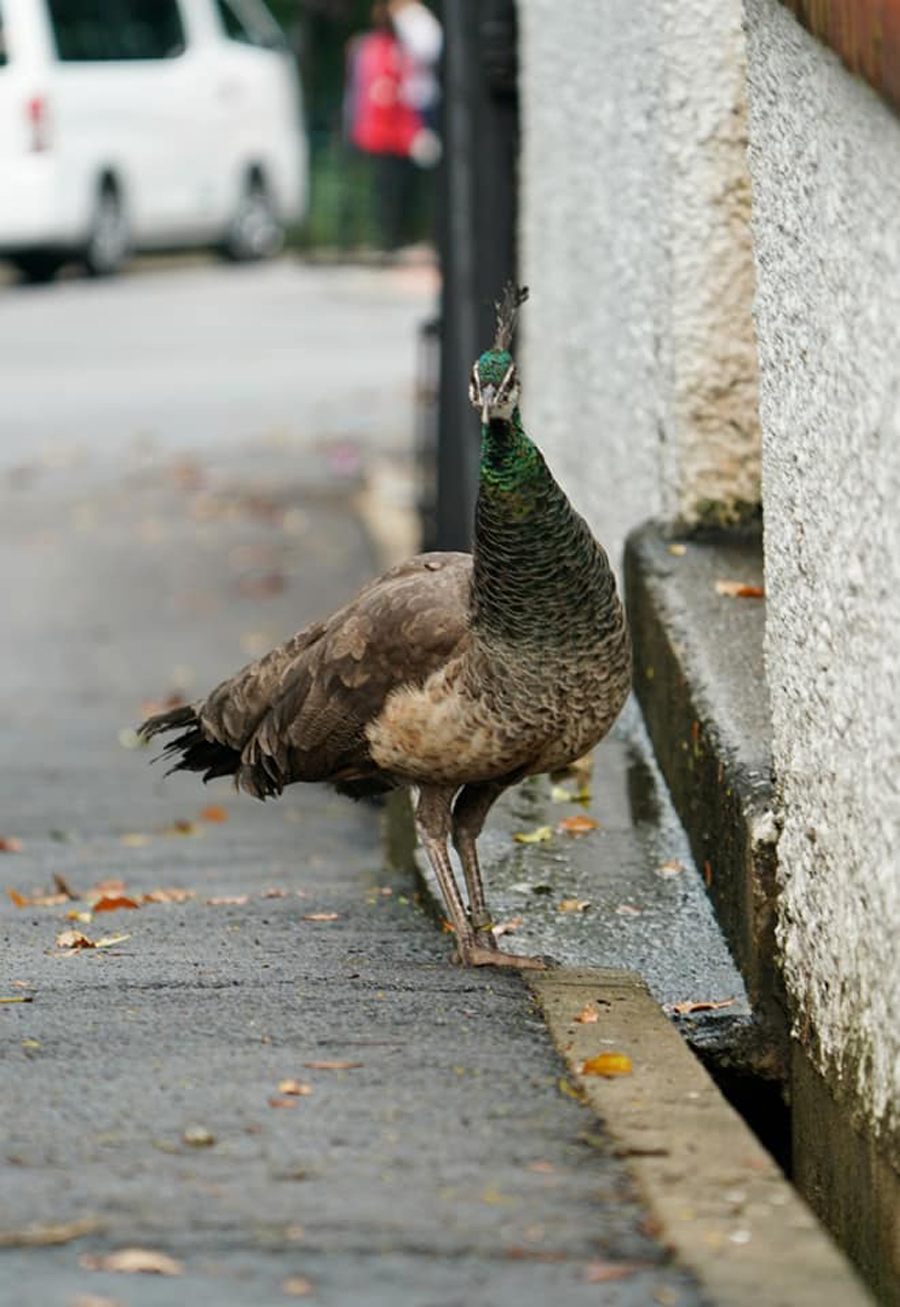 A kind stranger soon came to get the chicks out and lead them to safety.

Here’s what we know about this heartwarming story.

In a post on the Nature Society (Singapore) Facebook group, Ms Kuek shared that she heard loud honking noises coming from down the hill at Fort Siloso.

Compelled by her curiosity, she tried to identify the source of the noise and discovered a squawking peacock. As the bird stood by the drain, her cries were neglected by passers-by but she did not budge. 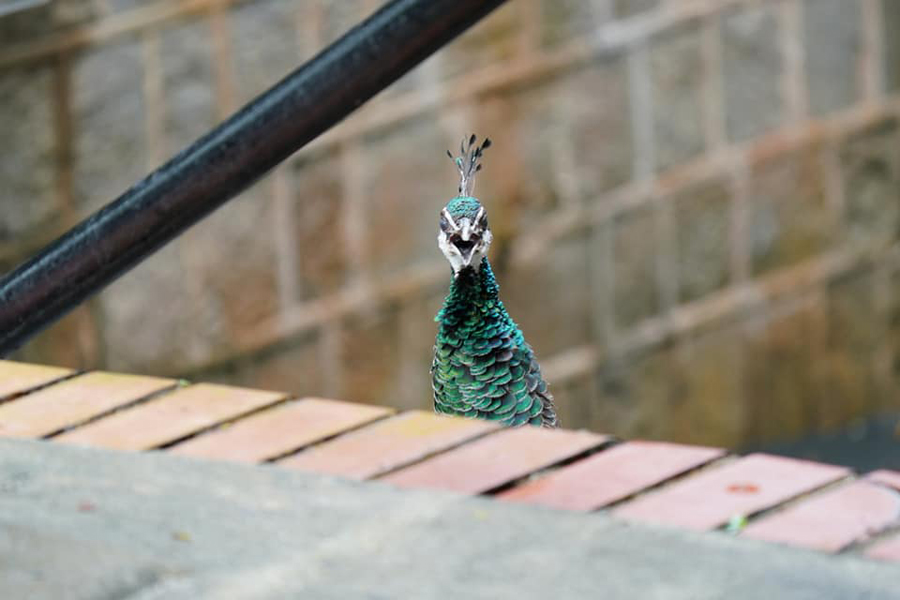 Suspecting that the peacock was behaving abnormally, Ms Kuek peeked into the drain. 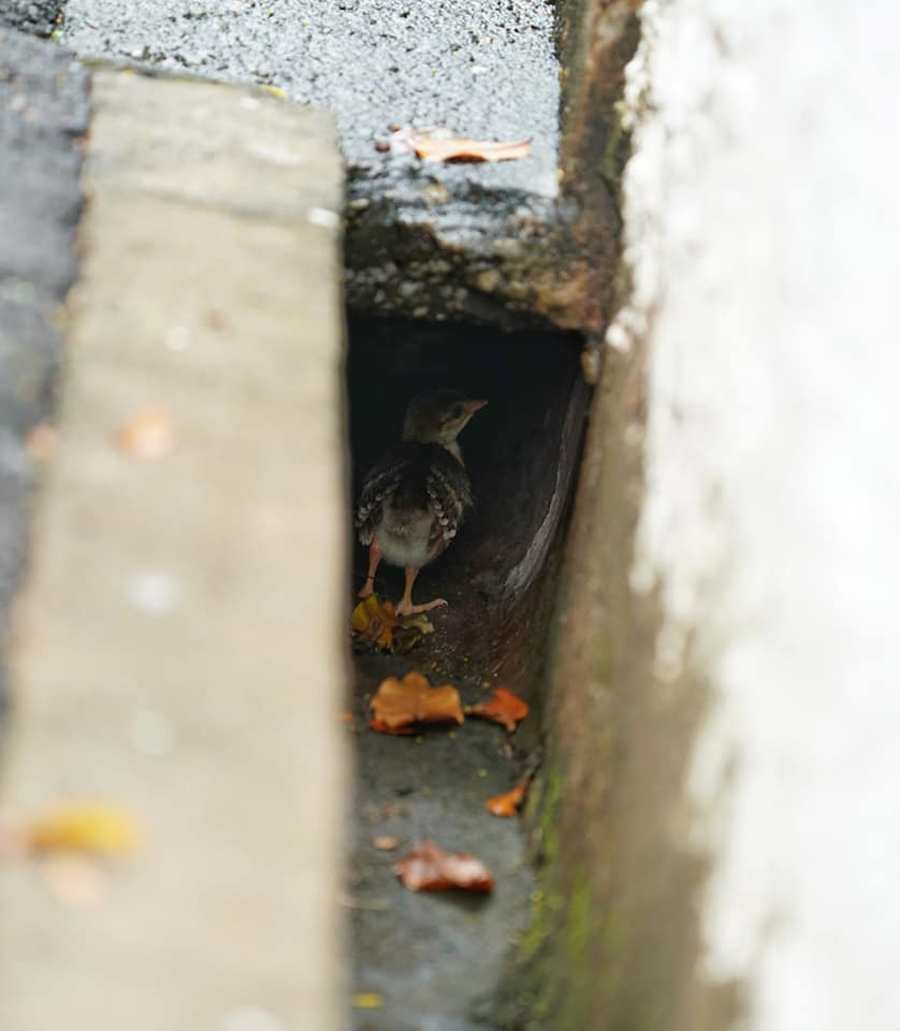 Surprisingly, she found the majestic bird’s chicks stuck inside, which was the likely cause of her distress.

A few moments later, a young man arrived to get the chicks out of the drain.

He handled the tiny animals with care and carried them to a grassy area to reunite with their mother. As he freed the chicks, the mother waited patiently until she got all her kiddos back. 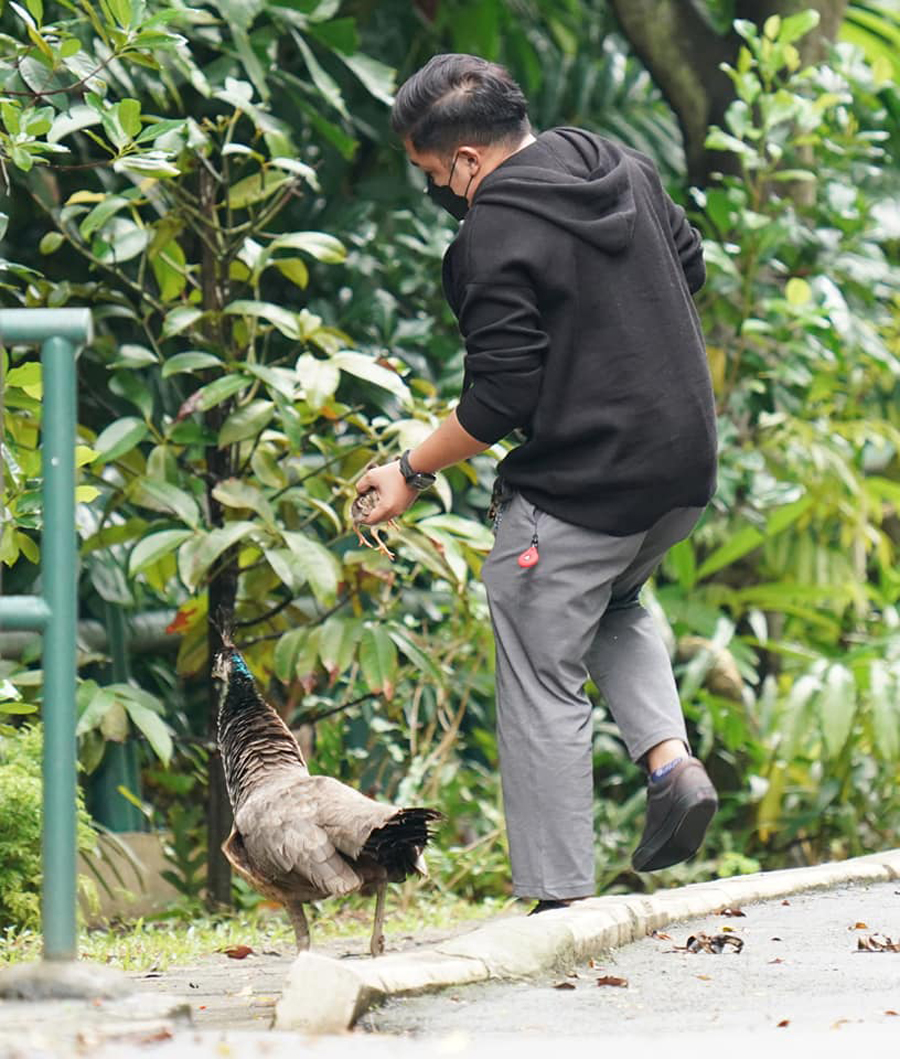 Once they were all together again, they left the site merrily. 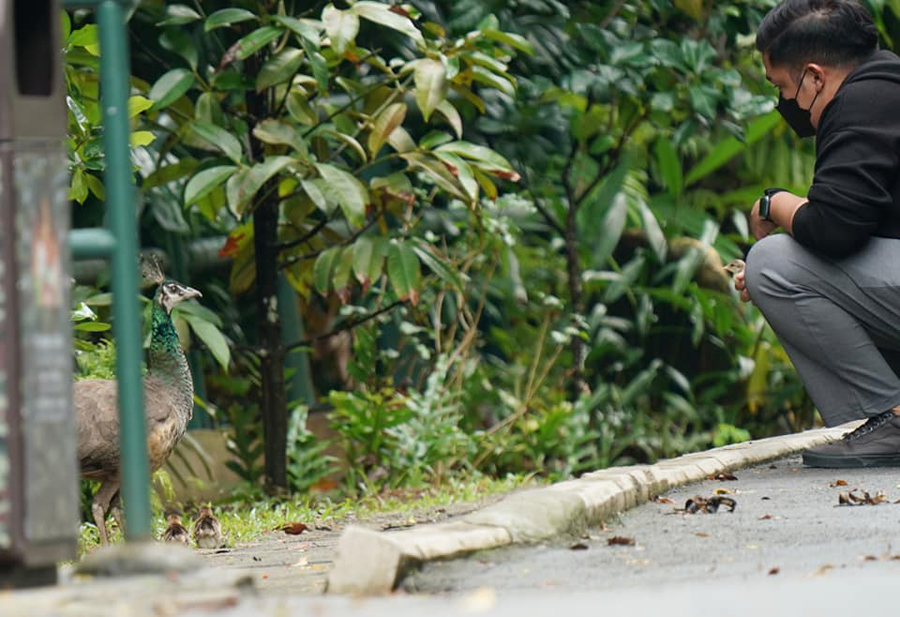 Ms Kuek told MS News that since the man left shortly after reuniting the chicks with their mothers, she was unable to get his name or speak further with him.

Nevertheless, she expressed her gratitude for his kindness in her post.

Kudos to the kind strangers for helping

We can’t understand animals so it can be difficult to determine when they’re crying out in distress. Kudos to the kind stranger and Ms Kuek for noticing the peacock’s desperate pleas and taking immediate action.

Thanks to their quick thinking, the mama peacock was able to get all her chicks back together.

Have you ever encountered an animal in distress? Share your stories with us in the comments.