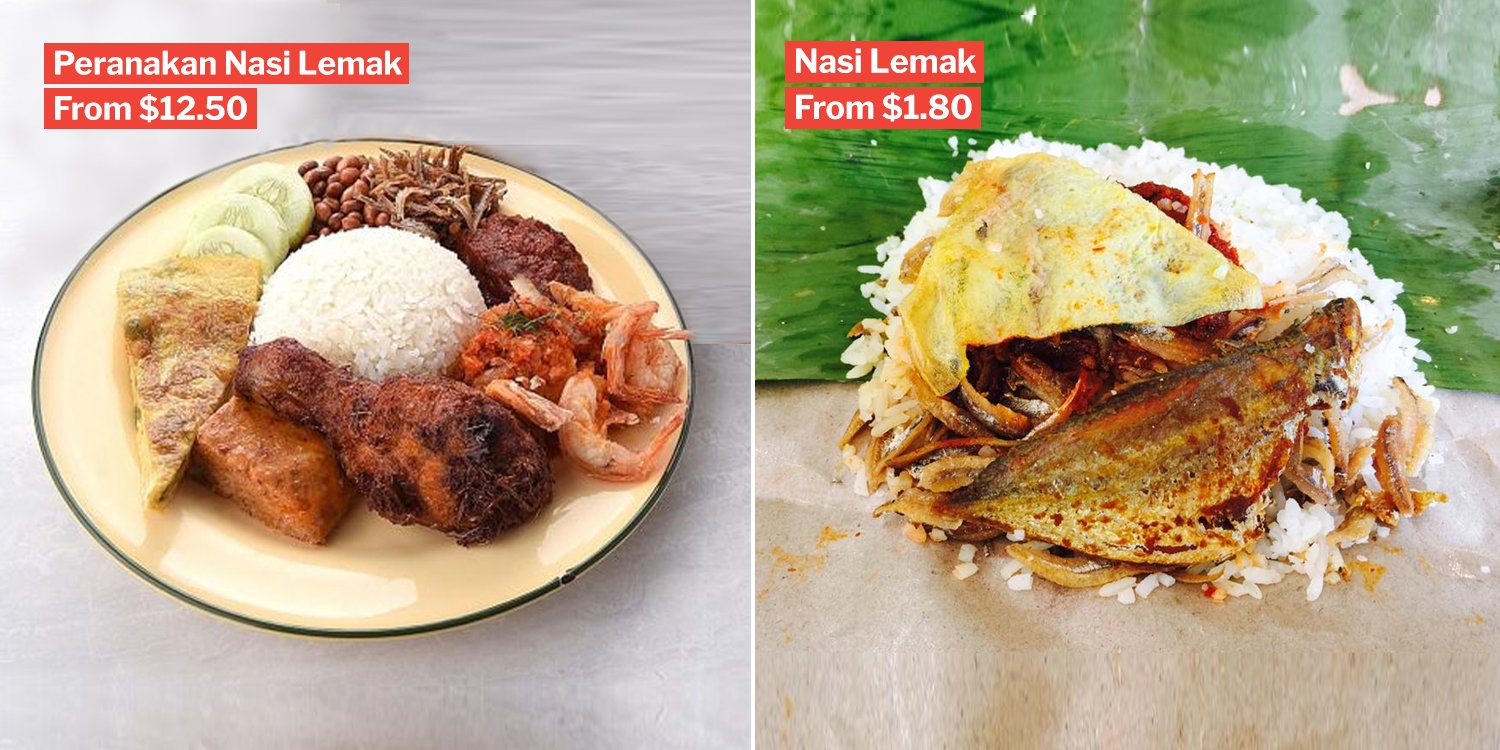 Peranakan Nasi Lemak Trends On Twitter Amidst Debate On Origins

You may be wondering, what exactly is Peranakan Nasi Lemak? Truth be told, it seems like most netizens don’t know either. 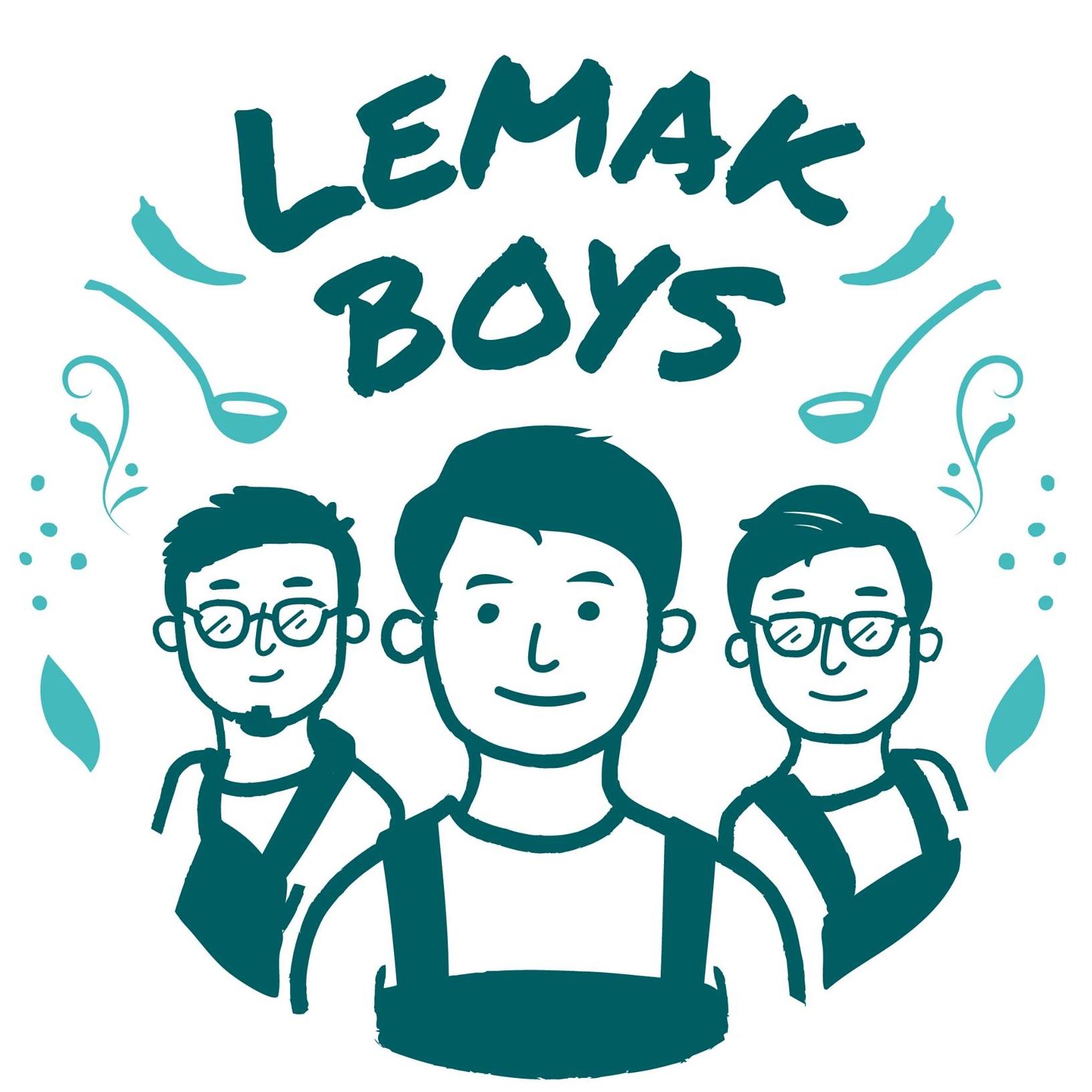 Priced at $12.50 per serving, netizens wondered what the dish entailed & whether it was culturally accurate to deem it Peranakan — tying its roots to communities which resided in the Straits settlements for decades.

You can view the OG tweet that started the discussion here. 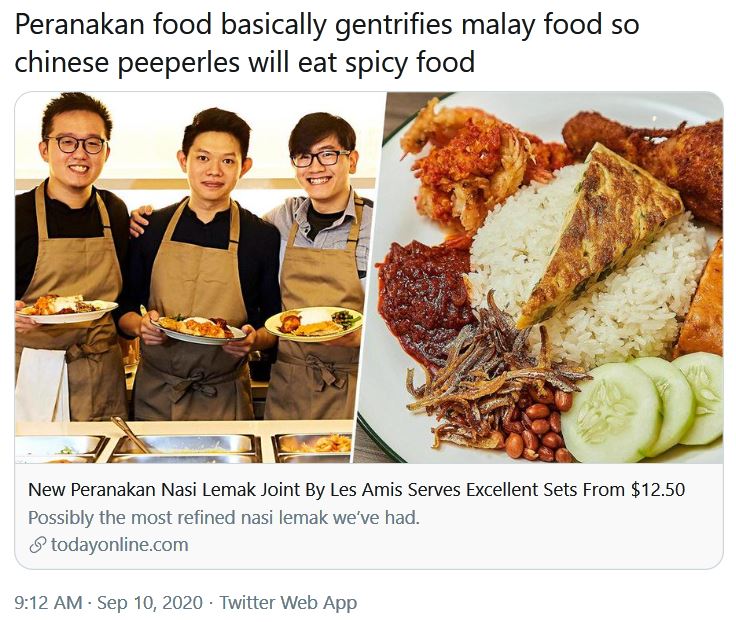 We summarise the ongoing debate below, so we can all weigh in on what nasi lemak entails to Singaporeans.

Although an average pack of nasi lemak from your favourite auntie’s stall at the market costs under $3, local eatery Lemak Boys iteration zhngs up the coconut rice based dish with 2 notable additions:

Set meals are priced from $12.50 to $18.50, but the higher price point was attributed to the “quality of ingredients”, reported 8days.

Debate over marked up prices of nasi lemak

Due to the costlier price, and marketing of the dish, Twitter was soon abuzz with netizens who shared their views on the situation.

The OG tweet that brought the issue to the fore highlighted the possibility of ‘gentrification’ of traditionally Malay cuisine to cater to “Chinese” appetites.

Others wondered whether the label of ‘Peranakan’ on the humble nasi lemak dish would justify a markup in prices. 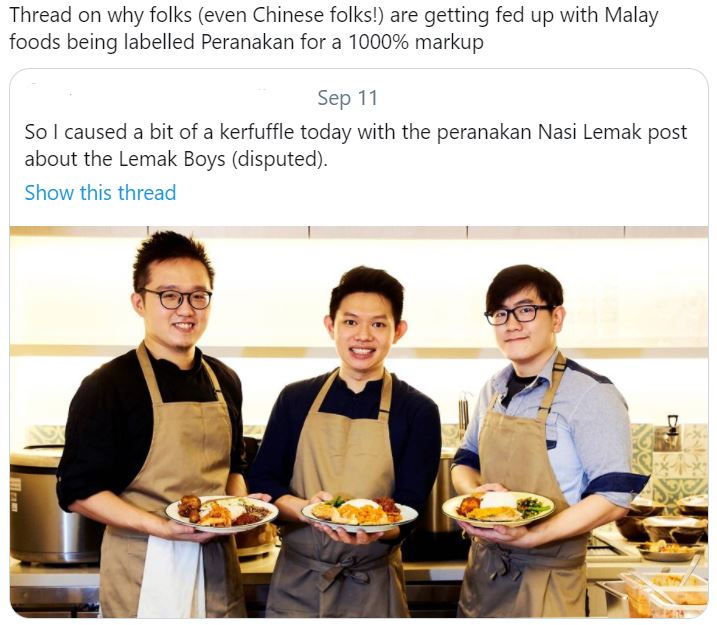 Some shared views on differentiating between Peranakan and Malay food.

In this netizen’s words, it’s “telling and problematic” to state that Perankan cuisine requires more “labour and quality ingredients”, due to what it implies in reverse on Malay cuisine. 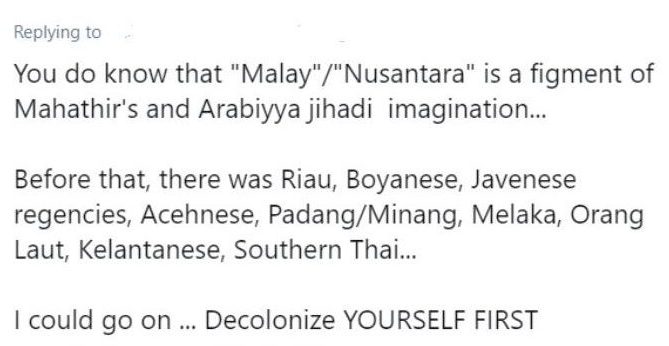 The debate soon took a turn into the cultural complexities of differentiating between the Malay “cultural category” itself, as it is a diverse umbrella term to refer to a vast number of races & cultures.

As for the term Peranakan, it’s also not used to describe communities that are exclusively Chinese.

When we invoke styles of cuisine in our dishes, we have to do so with utmost respect for the creators who came before us — in full understanding of what the label entails.

In the aftermath of the Twitter saga, the OG 8days review made the following change to their piece.

In this case, perhaps by appending the term ‘-influenced’ to Peranakan in the first place, the brand could have gained a little more leeway.

Lemak Boys has also announced that their official launch will be pushed back by a week on Facebook, after issues with “licensing”.

We think this debate has highlighted how some beloved dishes in our daily lives come with complex & intricate cultural histories. 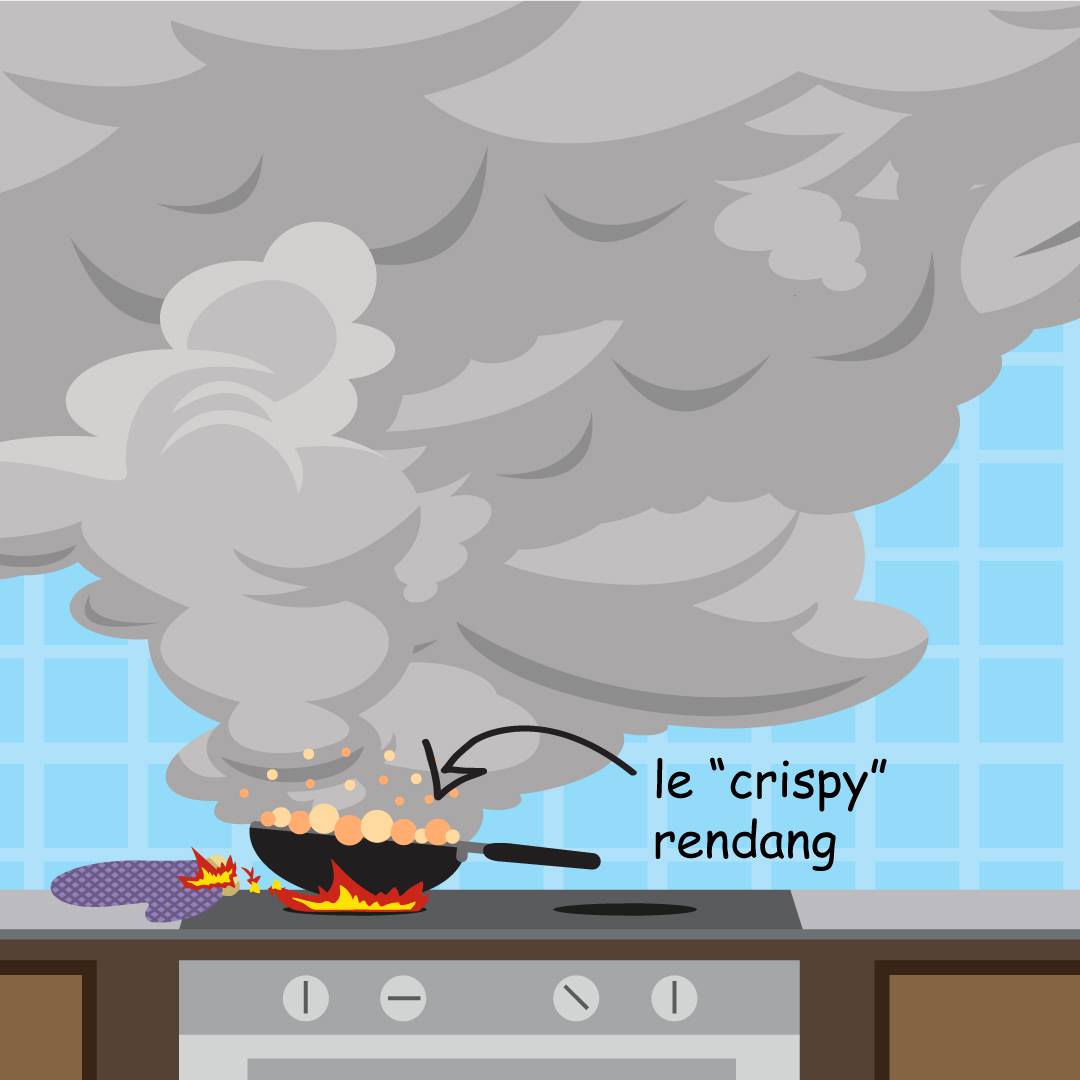 We say this with the crispy rendang and CNN cendol sagas still fresh – as fresh as machine-pressed sugarcane juice – on our minds.

Singaporeans will probably remain fiercely protective of the dishes we know and love. But, in this case, we’d pick spicy sambal over Twitter drama any day.

How do you like your nasi lemak? Would you consider trying Peranakan nasi lemak for $12.50? Do share your thoughts in the comments below.