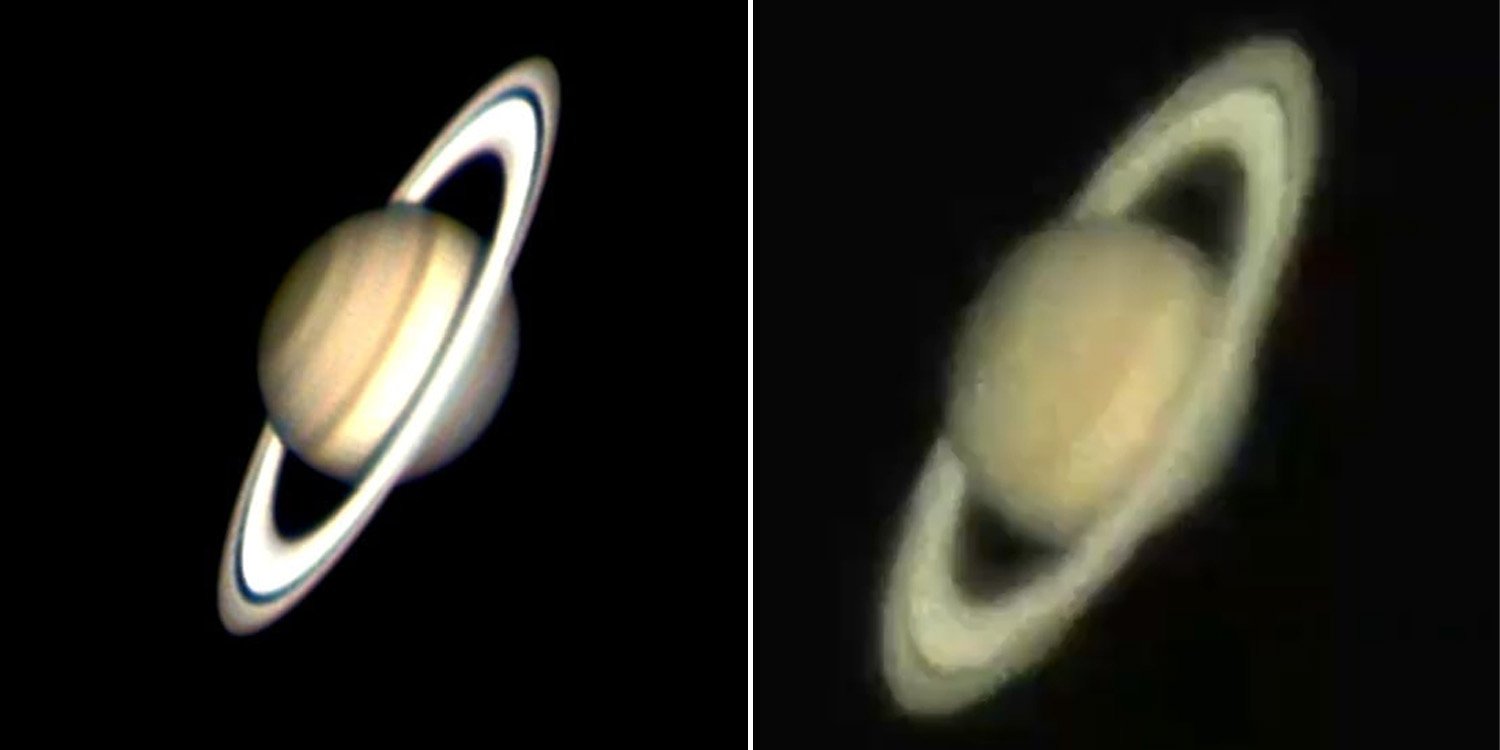 Mercury and Jupiter will also be visible.

Catching celestial sightings is something that fascinates most of us earthlings. There’s nothing quite like seeing other heavenly bodies in the sky to remind us of our own place in the galaxy.

Recently, a photographer managed to snap pictures and a spellbinding video of Saturn in the Singapore sky.

Complete with its famous rings, the images paint a very clear and magnificent view of the planet.

The photographer also shared that in addition to Saturn, Mercury and Jupiter will also be visible weekly until 21 Aug.

On Sunday (14 Aug), Facebook user Joe Isabel posted some pictures and a video of Saturn to the CloudSpotting & SkySpotting Singapore group.

He said that he managed to snap a lucky few shots of this rare sighting above his own balcony right before clouds could set in.

Impressively, his video and pictures boast a very high quality, offering a clear and crisp view of the planet and its iconic rings. 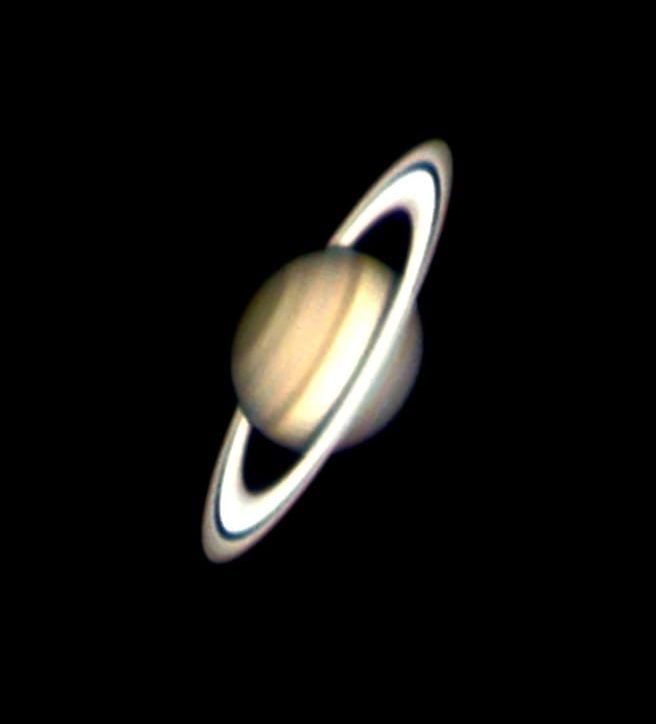 In his caption, OP explained that he used image-processing software and advanced equipment, including a telescope, to capture the images. 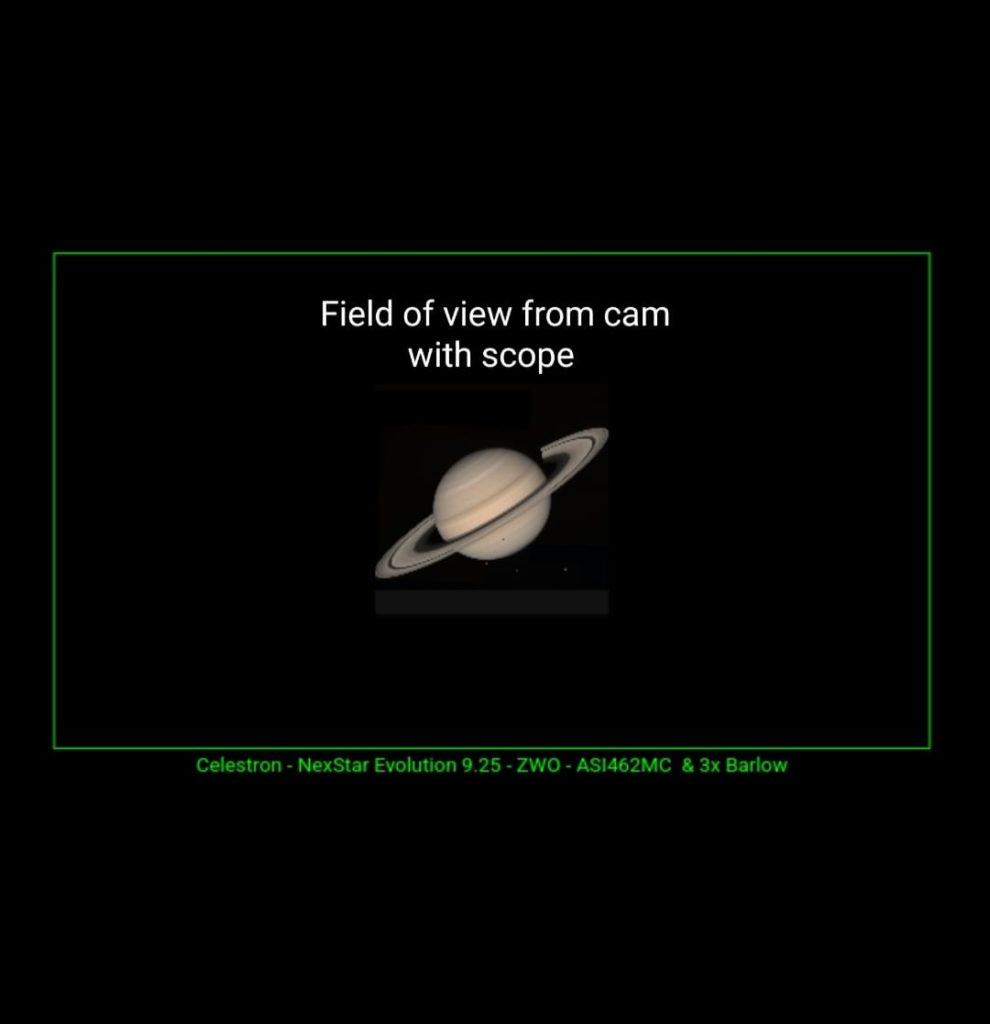 He had also used an app to identify and track the planet’s position in the sky.

Planets will remain visible until 21 Aug

The shots amazed netizens, especially since such views are rare in Singapore due to the weather conditions and light pollution.

OP then shared that with the right equipment and settings, it’s completely possible to capture such sightings.

According to Inverse, 14 Aug was the best time to view Saturn due to its position in the sky, directly opposite the sun as viewed from Earth.

In addition to Saturn, two other planets will also make an appearance in Singapore skies from now until 21 Aug. 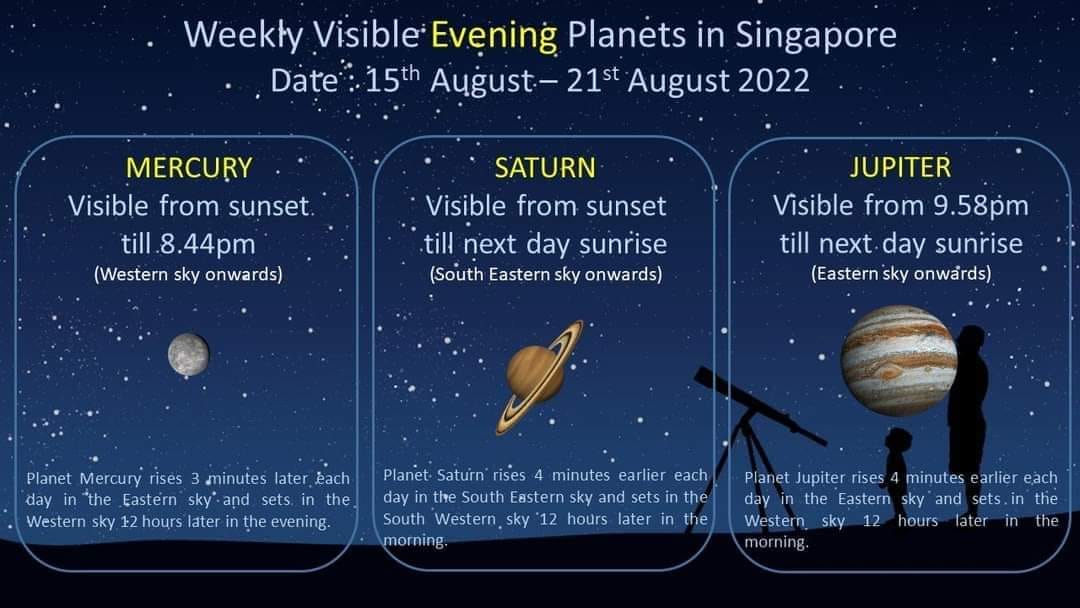 The graph that OP shared states that Saturn will be visible from sunset until sunrise the next day.

Stargazers will also be able to spot Mercury from sunset until 8.44pm and Jupiter from 9.58pm until sunrise the next day.

The beauty of Saturn is certainly undeniable, especially when captured in high-definition images with such excellent quality.

With the sightings lasting till 21 Aug, here’s the chance to mark your calendars for a night of stargazing with your friends and family.

Of course, do note that the visibility of the planets will also depend on the weather conditions of the day. Having the right equipment will definitely help as well.