No Foreigners Allowed At Pink Dot

Pink Dot, an annual event that supports the LGBT (lesbian, gay, bisexual and transgender) community’s freedom to love, has been held at the Speaker’s Corner in Hong Lim Park since 2009, but this year we will probably see fewer ang mohs in the crowd — foreigners are now not allowed to even step into the area this time, unlike in previous years. 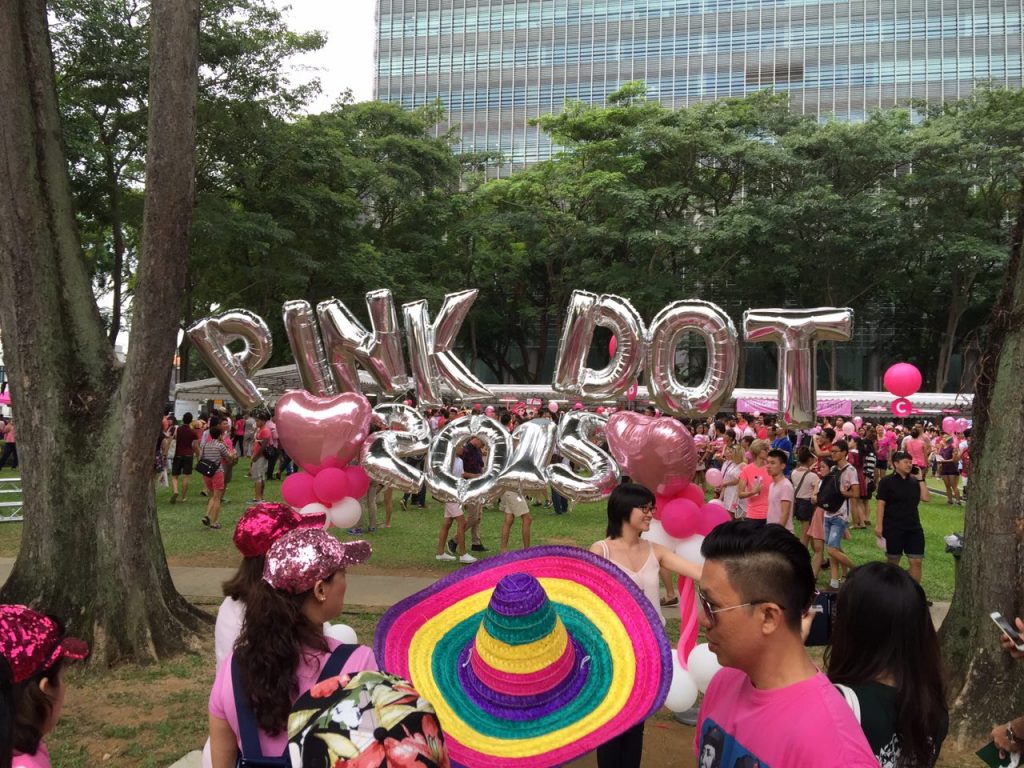 In a Facebook post in Sunday (May 14) morning, Pink Dot announced to their “profound regret” that only Singaporeans and Singapore permanent residents are allowed to assemble at the Speakers’ Corner. 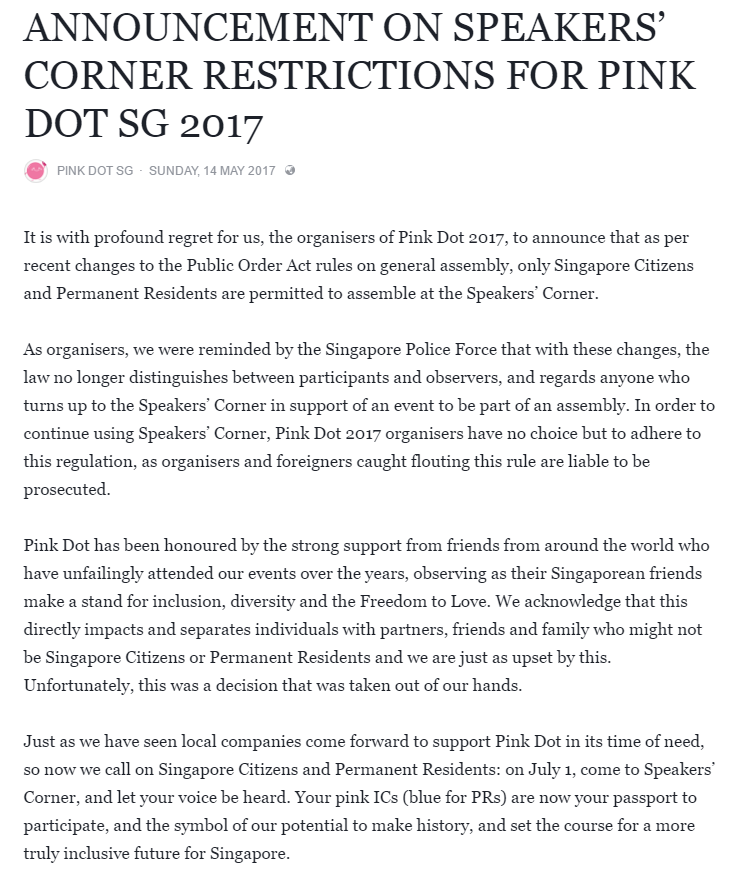 In previous years, foreigners were allowed to attend the event, but they just were not allowed to raise the pink placards/torches that make up the pink dot itself, as that constituted an act of demonstration.

Now, it seems that foreigners won’t even be allowed to step into Speakers’ Corner during the event, or the organisers and the foreigners themselves will be subject to prosecution by the authorities.

In fact, people who assemble at Hong Lim Park this July 1 for Pink Dot will have to show their pink IC or blue IC to be able to take part, said the organisers.

The event was already changed irrevocably when the Ministry of Home Affairs announced last year that non-Singaporean owned companies would have to apply for a permit before sponsoring such events, which meant that most of the event’s previous sponsors likely wouldn’t be able to take part this year.

This quandary was happily resolved when more than 100 Singapore companies surprisingly stepped up to sponsor the event to the tune of more than $200,000. Read our story on local firms that are supporting Pink Dot.

However, it seems that another road block has been thrown in the way of the event.

According to the Pink Dot organisers, they were told by the Singapore Police Force that the law has been changed.

Previously, the law distinguished between participants and observers, that’s why foreigners could attend the event as observers, but only Singaporeans and permanent residents could be participants, and raise the pink placards. 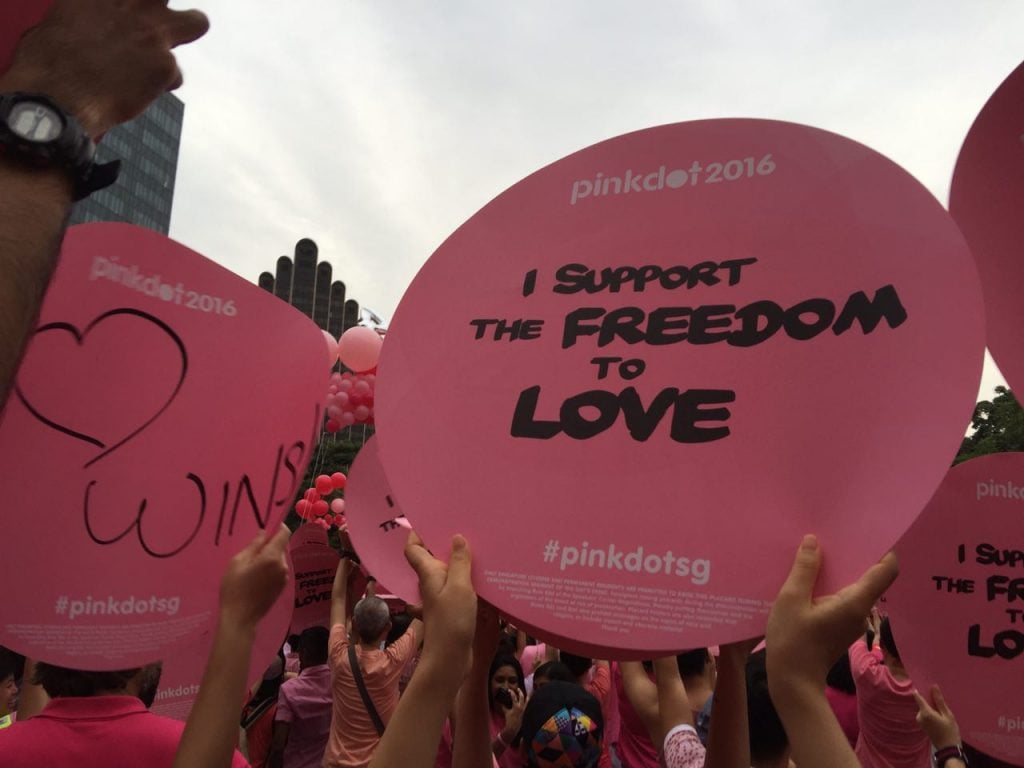 However, the law now no longer distinguishes between participants and observers — meaning anyone who steps into the Speakers’ Corner in support of an event is considered part of an assembly.

And only Singaporeans and Singapore PRs are allowed to be part of this assembly.

According to the Singapore statues online, the Public Order (Unrestricted Area) Order 2016 was amended in 2016, and the amended Order came into effect in Nov 1, 2016.

This is what it says in the Public Order (Unrestricted Area) (Amendment) Order 2016 paragraph 4, which deleted and changed paragraph 4 of the principal Order (the emphasis is ours):

So the Pink Dot organisers weren’t kidding, then. There’s no mention in sight of the difference between participants and observers. So no foreigners allowed to take part in the assembly, then.

The Pink Dot statement comes just one day after the police issued an advisory over Facebook on Saturday (May 13), warning that “only Singapore citizens and permanent residents are allowed to participate in assemblies that do not have a permit”.

Although the police advisory cited the plans to hold events in support of former Jakarta governor Basuki Tjahaja Purnama (Ahok), who was jailed in Indonesia on blasphemy charges this week, we can see how such a ruling could apply to Pink Dot as well.

It may seem that this is another obstacle that may affect Pink Dot adversely, but supporters should take heart at how the previous obstacle ended up with a happy ending.

While there will always be people who are against this hugely controversial event in Singapore, it seems there is also a growing number of Singaporeans who support it.

Though our foreign friends may not be able to take part in the event this year, we guess it’s time for locals to step up and support it, just like local companies did in terms of sponsorship.

We think the Pink Dot supporters are stronger than that, and they will survive. 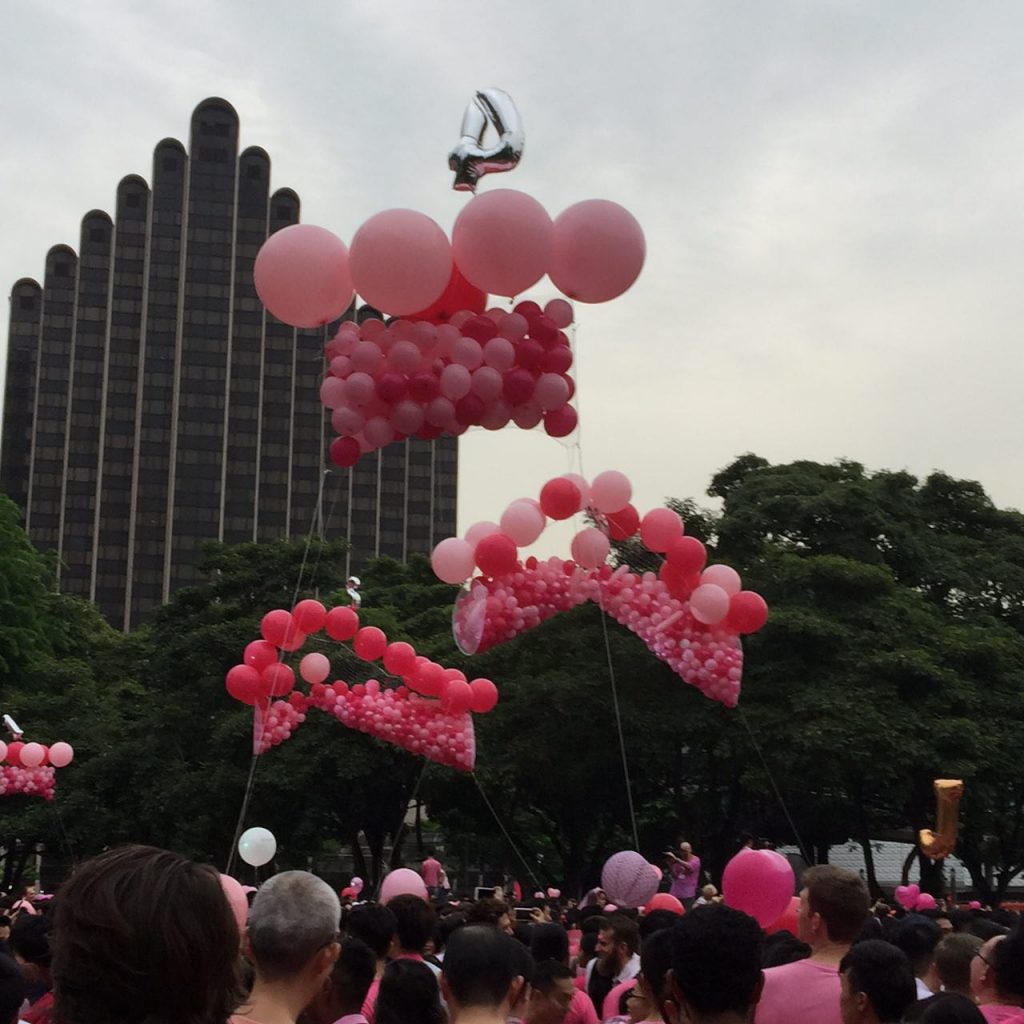 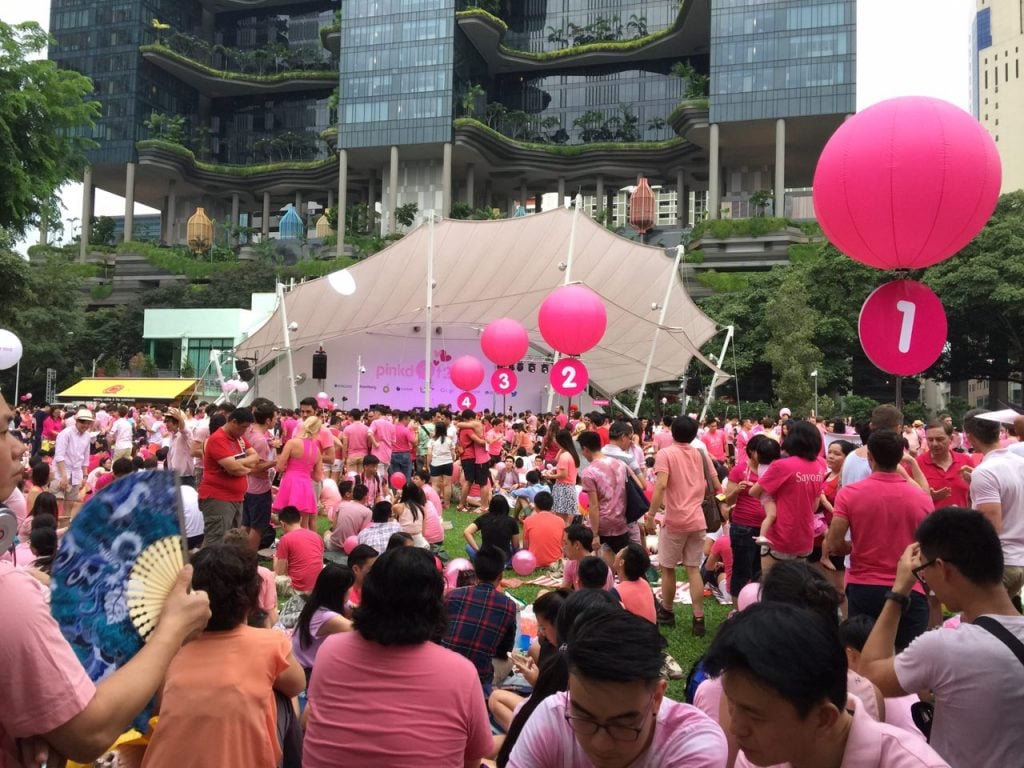