Pink Supermoon Will Appear On 27 Apr, You Can See A Large Egg Yolk For The Next Few Days 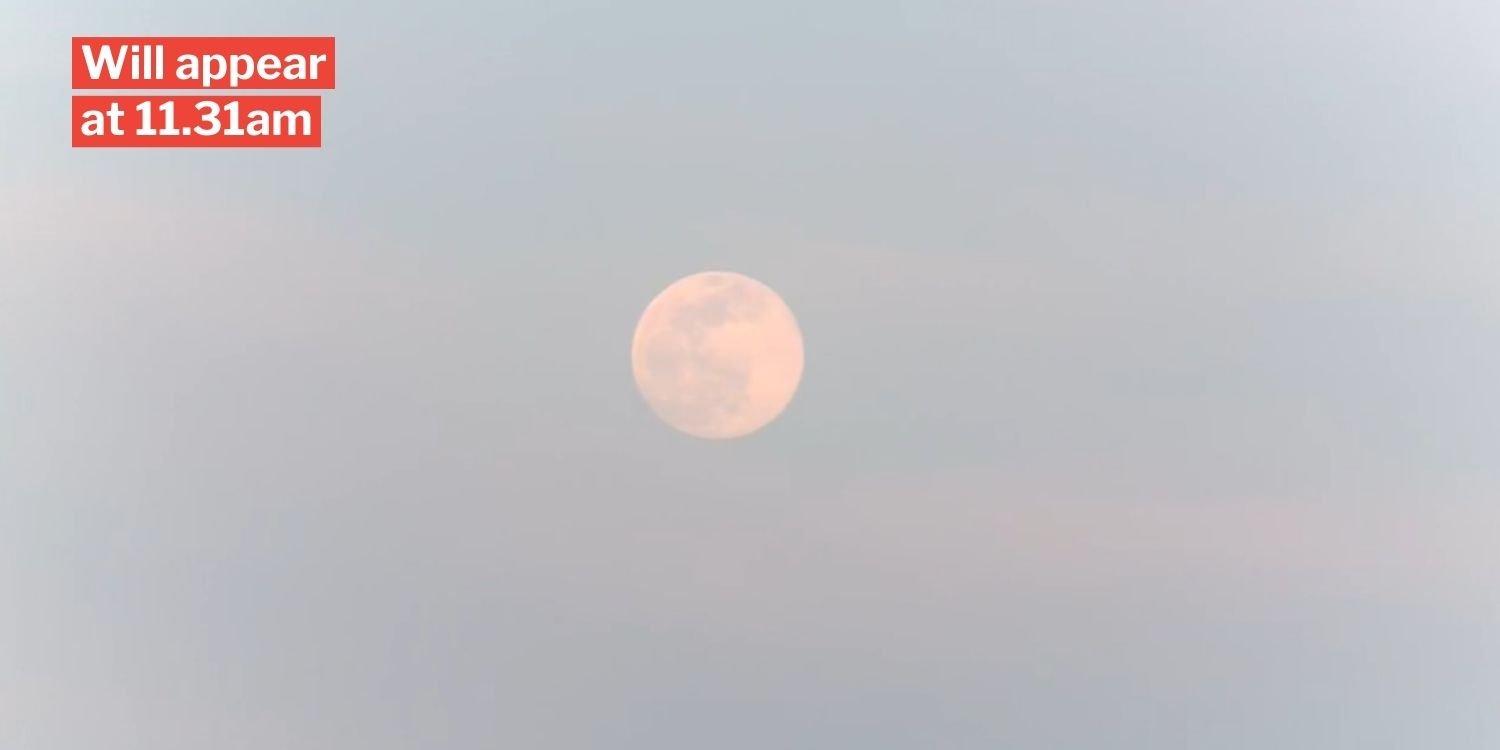 It's not pink, but it'll be bright.

Large and pretty moons, or ‘supermoons’ as they’re called, are coming back to back after the Worm Moon appeared last month, and this cycle will feature the Pink Supermoon in Apr 2021.

Huge Pink Supermoon Will Emerge At 10.35am On 8 Apr, Hopefully Can See It From Our Homes

You might have noticed how nice the nearly-full moon has been the past few days.

According to timeanddate.com, the convergence of the pink supermoon will take place at 11.31am in Singapore time.

Although it’ll be daytime, enthusiasts should be able to spot it in our sky. While it’s not pink, the moon still looks plenty large.

And fret not if you’re concerned about the timing being not-so-conducive, as the moon still exists close to our pale blue dot and we can spot it for the next few nights.

Pink supermoon appears in Singapore at 11.31am

For those wondering, the pink supermoon isn’t pink.

It is supposedly named after the Phlox subulata – also known as the creeping phlox or moss phlox.

The ‘moss pink’ is also an alternative name for the flower that blooms around this time in eastern North America.

If you were up last night, you may have gotten a glimpse of the pink supermoon illuminating the night sky.

The following images are courtesy of members of the CloudSpotting & SkySpotting Singapore Facebook group. 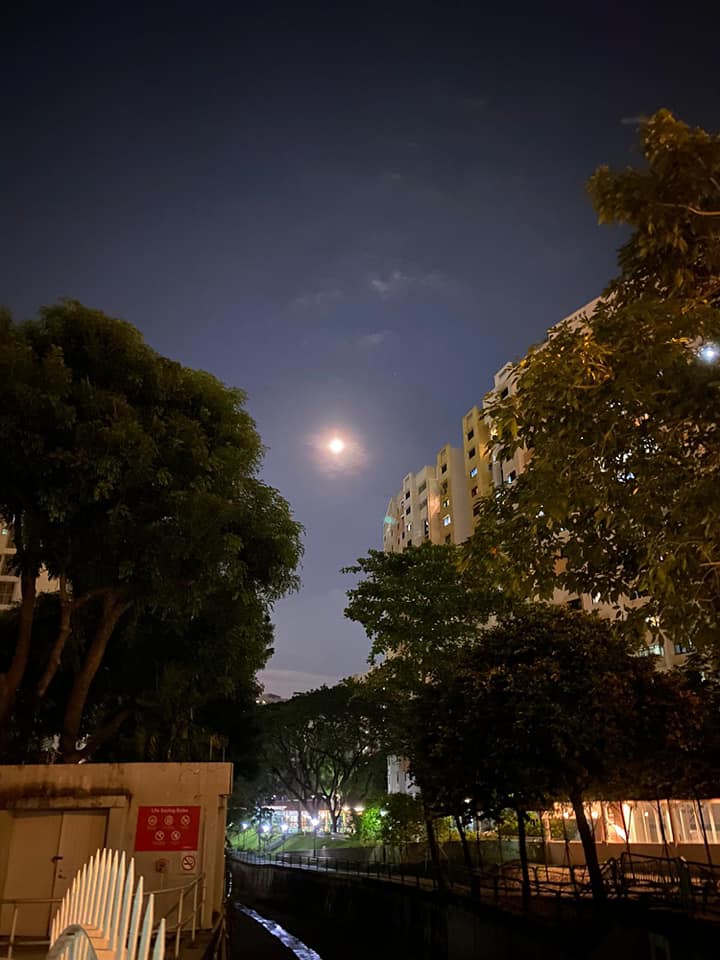 Although not at its peak, the pink supermoon closely resembles a lone egg yolk among the clouds at around 8.30pm on Monday (26 Apr).

The full moon is also said to grant energising properties, so don’t be surprised if you find yourself unable to fall asleep these few nights. 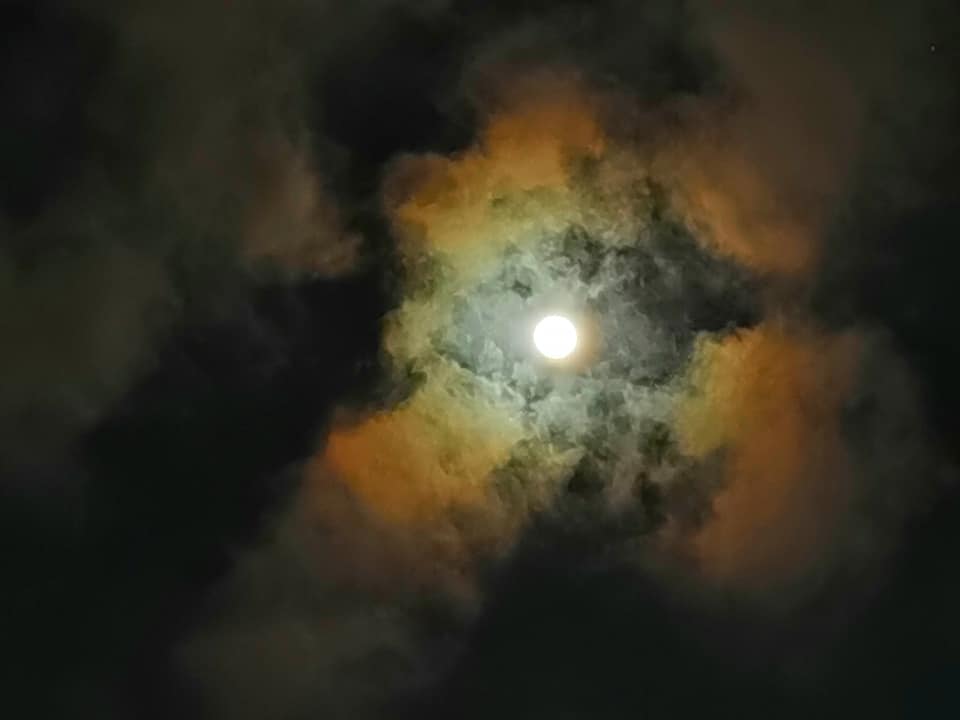 Gaze upon the moon in the next few days

It’s certainly not mooncake season as we’re still in the last days of Apr, but one’s probably tempted to get one with an egg yolk after these images.

Let us know if you manage to spot the pink supermoon later at 11.33am.