One last goodbye to these places before they disappear forever

In the face of modernisation, old buildings and places of heritage will inevitably have to make way for the new.

Come 2017, these 7 places will vanish forever and gradually become nothing but a distant memory. 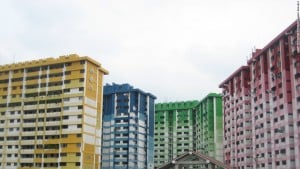 By 2017, Singapore’s colourful HDB blocks at Rochor Centre will be gone.

The nostalgic neighbourhood will be torn down to pave the way for the building of the North-South Expressway. The HDB blocks at Rochor Centre were built in 1977, and started out with the usual white exterior seen on other HDB blocks.

In the early 1990s, the flats underwent a facelift and were being painted with vibrant shades of red, blue, green, and yellow, and soon became an iconic landmark at Rochor.

Hundreds of residents and business owners are affected by this decision, and will be relocated before its imminent demolition this year. While residents are given priority to new build-to-order (BTO) flats in Kallang, shop owners will have to scour for a new location themselves. 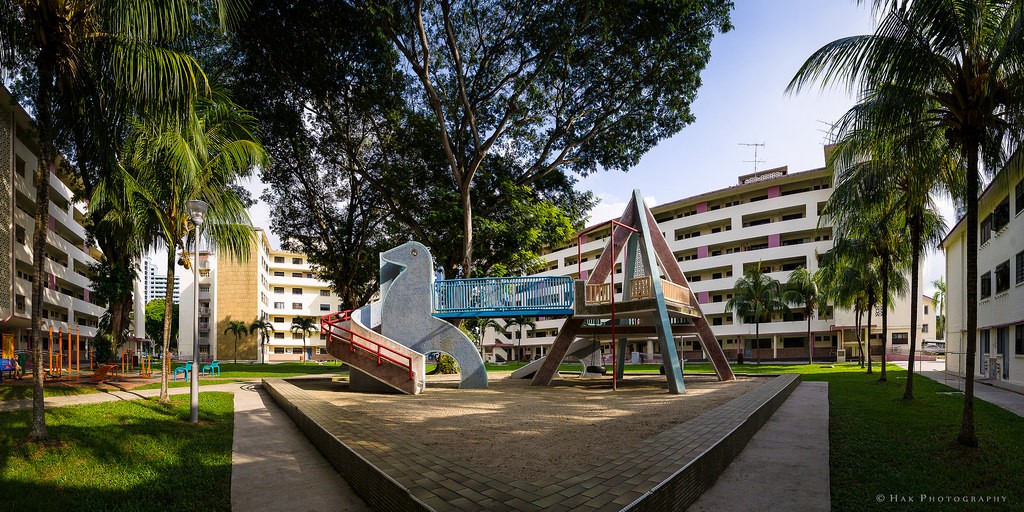 Dakota Crescent is one of Singapore’s oldest public housing estates, and its old school architecture exudes a charm lacking in our modern estates.

In 1958, 17 blocks of low-rise flats in Dakota Crescent were built, and its façade has barely changed. One of its characteristic landmarks would be the dove-shaped playground, which was once filled with children’s boisterous laughter in the evening.

With the quaint estate of rental flats being slated for redevelopment at the end of this year, about 400 affected households will have to vacate their flats. Tenants who are first-time buyers may get a S$15,000 relocation grant, on top of the Special CPF Housing Grant and Additional CPF Housing Grant to buy their own flats. However, many are retirees with insufficient savings to do so.

As one of Singapore’s oldest housing blocks, many have called for the place to be gazetted. Filmmakers and local musicians alike have created documentaries and held events there to raise awareness of the place’s heritage, but their efforts were futile as the estate awaits its impending demolition. 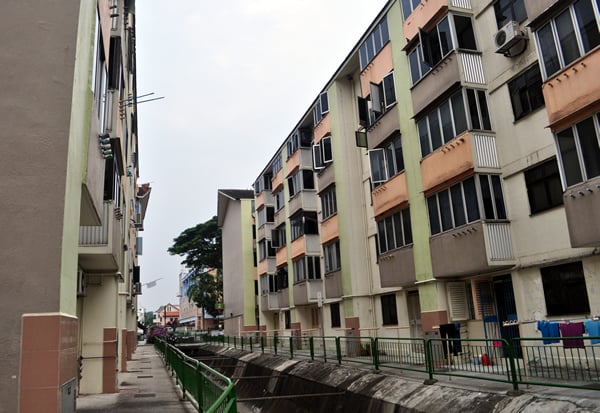 This cluster of low-rise HDB flats are nestled in the heart of Siglap, alongside exorbitant landed homes, posh condominiums and atas restaurants.

These flats were erected in 1962 as one of Housing and Development Board’s first projects after a big fire wiped out the kampong houses in the area. The fire was sparked by firecrackers near the then-famous Siglap Market (present day Siglap Centre) during the 1962 Chinese New Year celebrations.

Today, these four blocks of low-rise HDB flats at the junction of East Coast Road and Siglap Road have become iconic in the area.

Although the HDB blocks have no lifts and each block is only served by a single staircase, the development was never upgraded. Unfortunately, these flats are set to be demolished under the Selective En Bloc Redevelopment Scheme (SERS), with residents being offered units at Chai Chee. Of course, with most residents having stayed in the area for over 50 years, most are reluctant to leave.

Watch this video to hear what residents have to say, which will surely give you the feels: 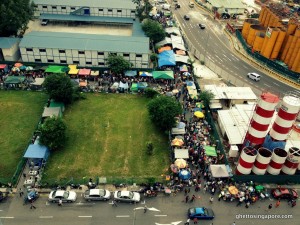 For treasure hunters, Sungei Road is no doubt one of the best places to hunt at — from typewriters to jewellery, this flea market’s got it all. Its heyday saw nearly 400 peddlers hawking second-hand items such as books, antiques and electronic appliances.

This flea market has been in existence for over 70 years since the Japanese Occupation, and is a rent-free hawking zone. It became immensely popular as locals (especially the poor) flocked to the market to purchase cheap household items and other goods that were in short supply. Over time, it has evolved into a must-go place for those on a budget to purchase a range of pre-loved items.

Also known as the Thieves’ Market, this gem will soon be gone following the Downtown Line’s construction. In 2011, the road was reduced in size to make way for Jalan Besar MRT station, and the Sungei Road station is scheduled for completion by 2017.

Feel a pang of nostalgia as peddlers and shoppers take us along on a trip down the memory lane:

What are you waiting for? Snag some steals at this flea while you’re still able to! 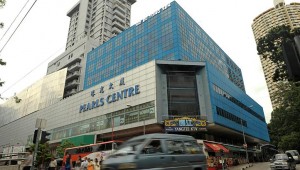 This 22-storey residential-commercial building was built in 1977, but its 99-year lease began in 1969. The aim was to build a modern multi-functional complex at the bustling district of Pearl’s Hill, which had well-established malls like People’s Park Centre, People’s Park complex and Ocean Garment Shopping Centre in the vicinity.

In 2012, the Singapore Land Authority (SLA) announced that Pearls Centre will be demolished to make way for the new Thomson Line (TSL). By last August, the shopping mall was almost vacated with most of its tenants moving out.

The new MRT Line’s construction has already begun right behind the building, and the mall will be torn down in 2016. 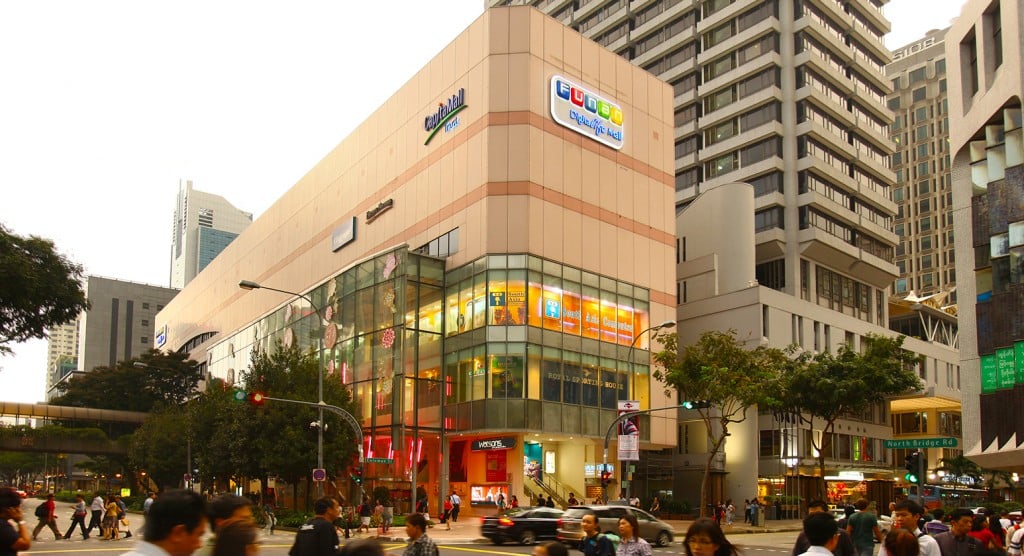 This IT haven is expected to close in the third quarter of this year, and will undergo a major overhaul and redeveloped into an “experiential creative hub” in three years’ time. The building itself will not be demolished, but this major revamp will surely inconvenience the geeks.

But hey, you’ll be glad to know that the mall has planned an electronic and gaming expo next month (March), and a mega sale in April. They also intend to participate in the Great Singapore Sale, so tech junkies, this is the best time to stock up on your wares.

Looks like we’ll all have no choice but to frequent the land of Jover Chews soon – Sim Lim Square. Although Funan will be reopened a few years later, we have a feeling things won’t be the same anymore. 🙁 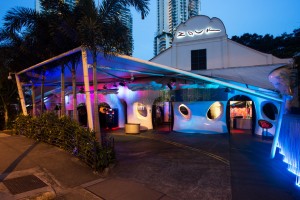 The favourite haunt of party animals a.k.a Zouk will be relocating to a new location at a 30,000 sq ft space in Clarke Quay by the end of September this year.

In 2014, Zouk’s tenancy was up and they were given multiple extensions. Zouk has been at Jiak Kim Street for the past 24 years, will be sorely missed by party goers. Nonetheless, Zouk will be holding their last party during their silver jubilee in April – the mega club’s last hurrah at its familiar address.

The club plans to complete relocation by June this year at the earliest, and September 2016 at the latest.

The race against time

In the name of progress, recognisable pieces of the old Singapore landscape will have to be eliminated over time, like these 20 places in Singapore that are now gone forever.

The end is nigh for these landmarks, so make a trip down for a final goodbye before time runs out.