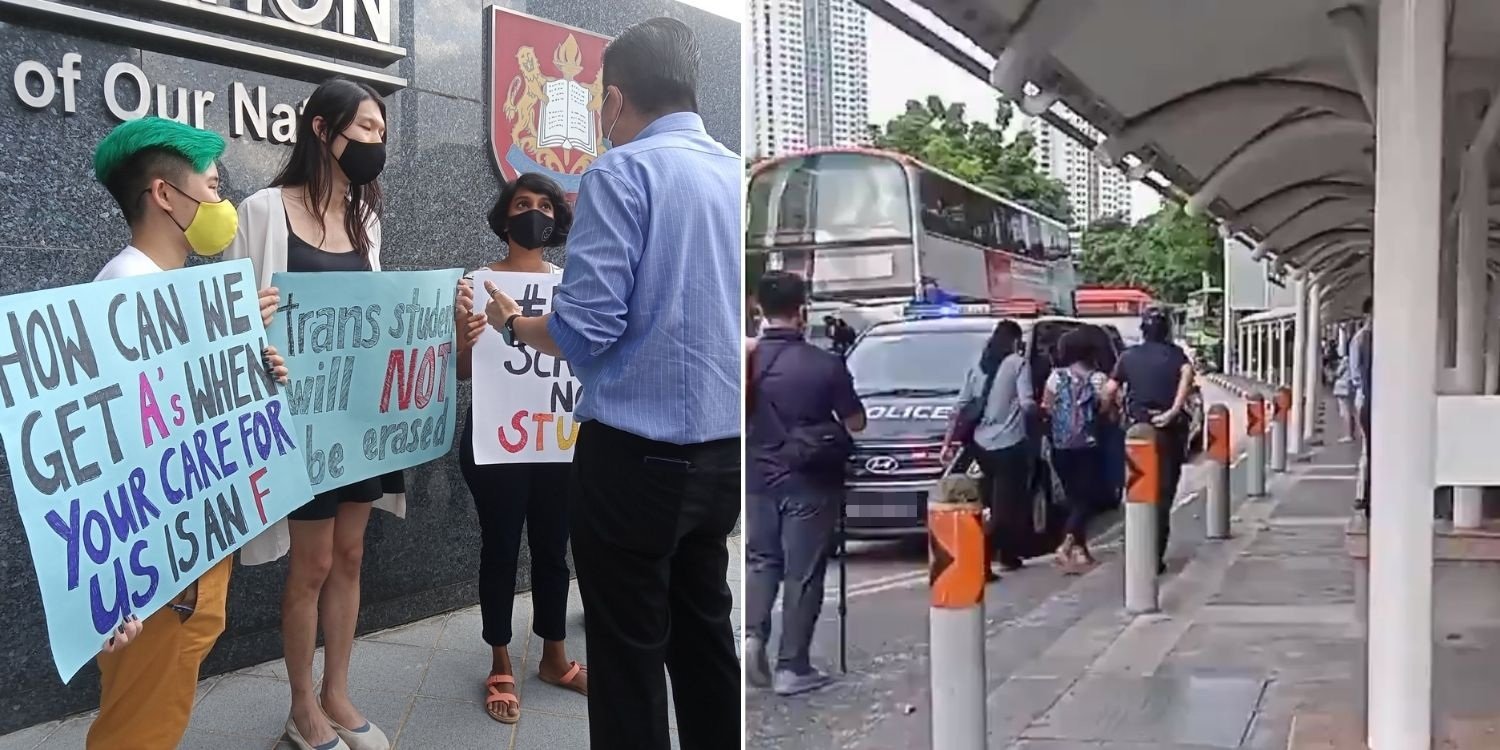 If you’ve been following the news closely, you’d have read about the protests by LGBTQ+ supporters outside the Ministry of Education (MOE) building yesterday (26 Jan).

The incident ended with the arrest of 3 individuals, after 2 others had left following warnings from the building’s security.

The Singapore Police Force (SPF) has since disclosed information about what transpired leading up to the arrests.

According to Channel NewsAsia (CNA), the group of 5 who staged a protest against transphobia outside MOE didn’t have a permit for their public assembly. 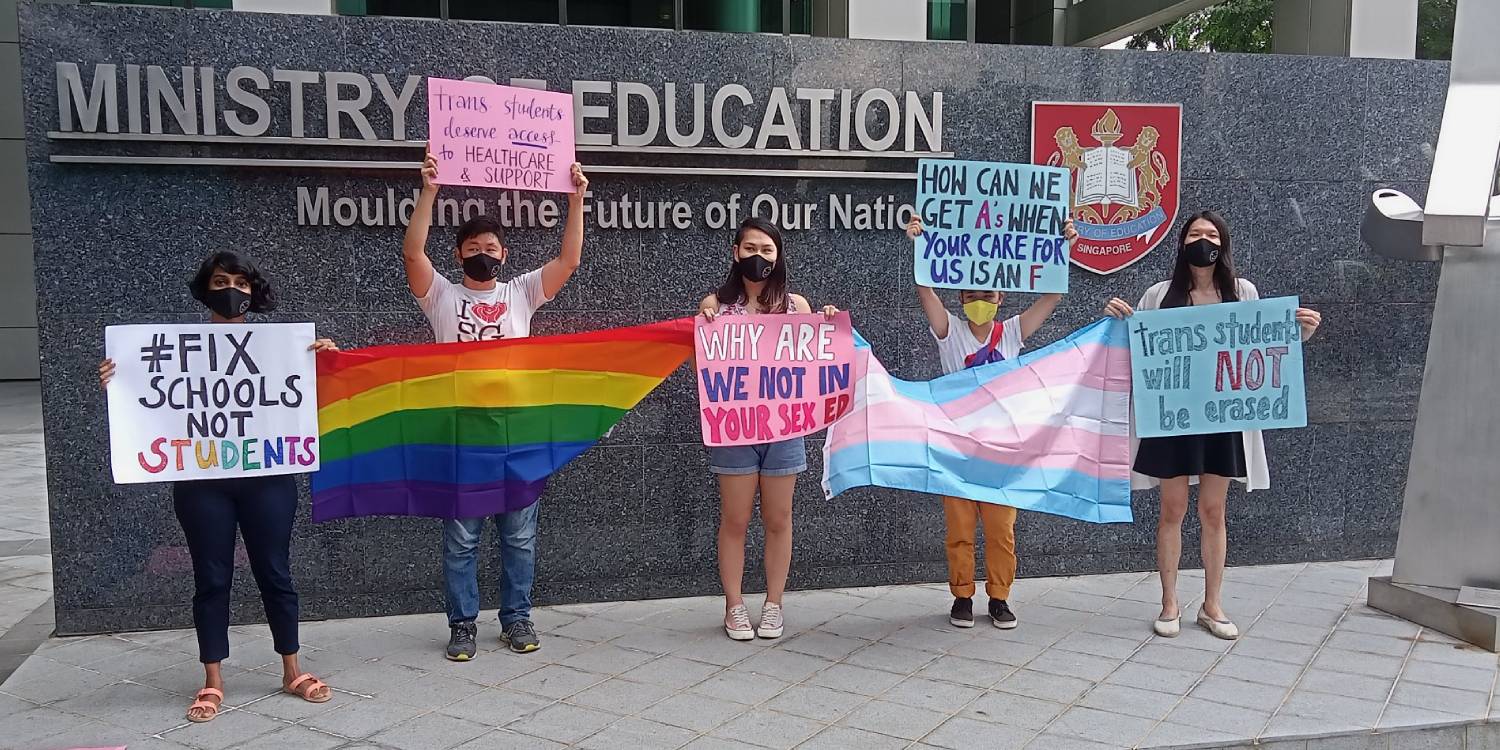 Hence, guards had to urge them to leave, but only 2 reportedly complied.

The 3 others remained until police arrived, and warned them to cease their protests at the risk of committing an offence under the Public Order Act. 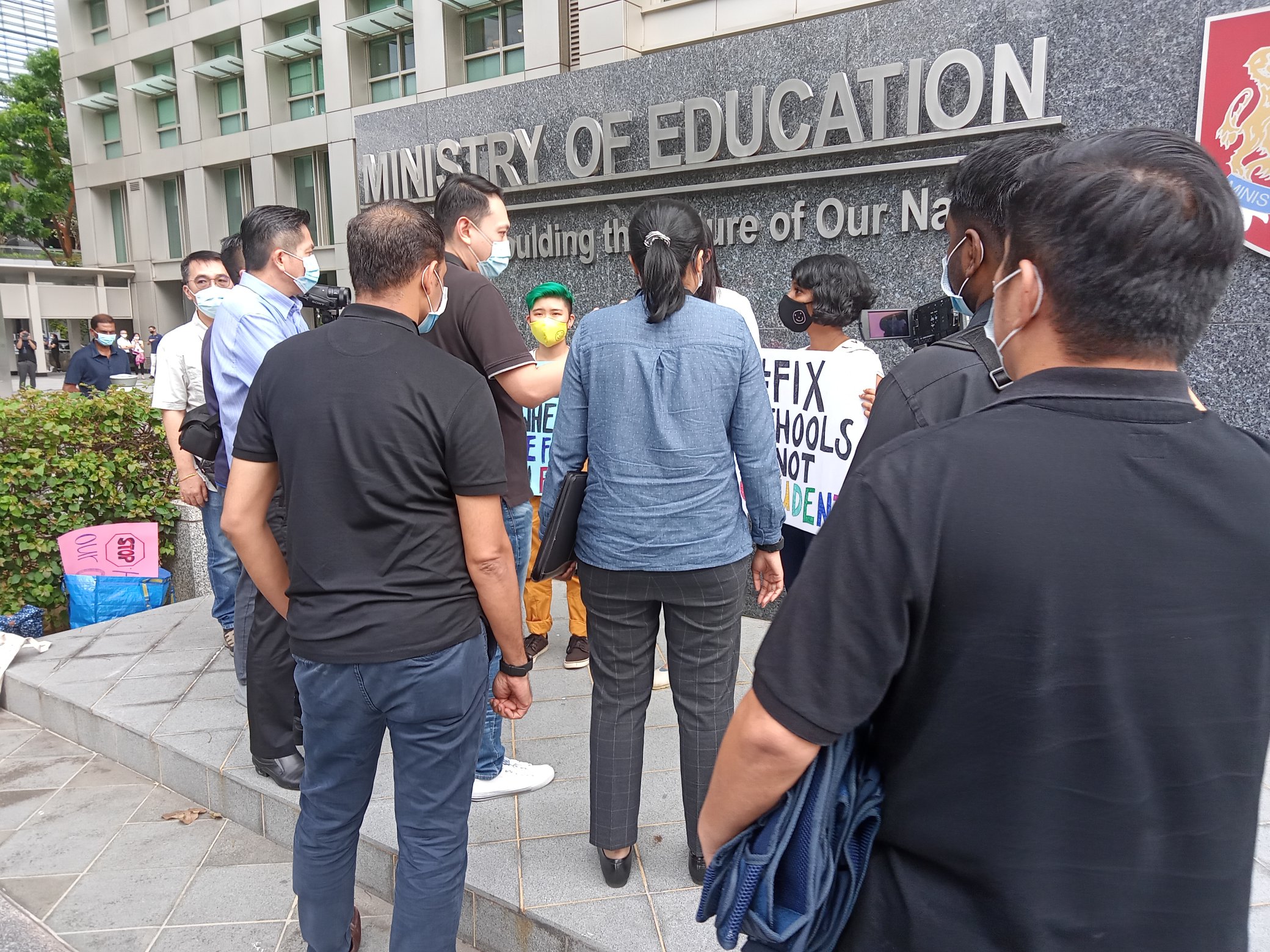 But police told CNA that the individuals persisted, forcing them to issue a “Move-on” direction under Section 36 of the act.

Section 36 states that the direction is only given when “reasonably necessary” to protect:

The last point includes public freedom to “enjoy the place” and the rights to proceed with “lawful business” there.

Despite warnings that failure to comply with the direction would lead to arrest, the 3 LGBTQ+ supporters remaining apparently continued.

The police arrested them at around 5.35pm, and they appeared to cooperate with officers.

The three protesters have been arrested. pic.twitter.com/5lQ73WlbTX

Among the items police seized from them were:

The 3 supporters aged between 19 and 32 were released on bail later that night at around 10pm. Police stated that investigations are ongoing.

SPF also took the opportunity to remind the public that organising or participating in a public assembly without a permit is an offence under the law.

Addressing the protests and transgender student issue that sparked it all, Pink Dot SG released a lengthy statement on Facebook yesterday (26 Jan). 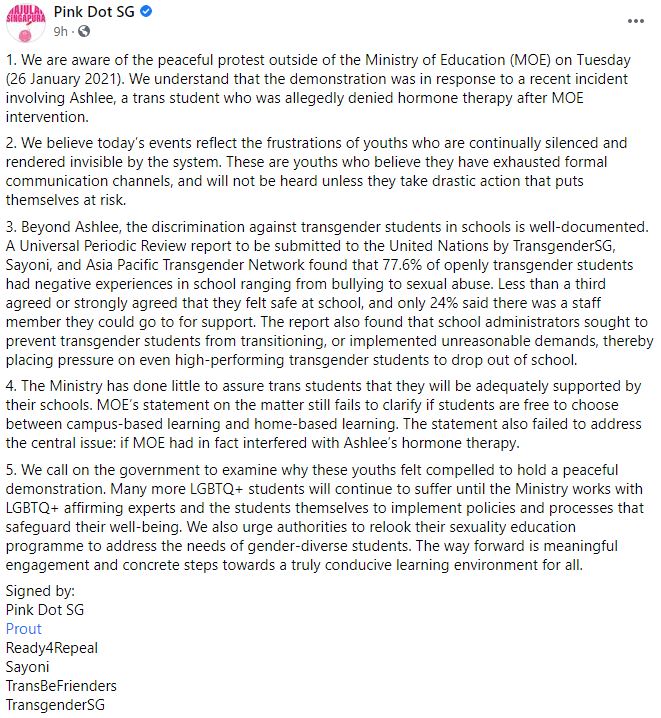 Urging the MOE to consider why the youths “felt compelled to hold a peaceful demonstration”, they concluded that the best way to progress is through “meaningful engagement” and building “a truly conducive learning environment for all.”

Education Minister Lawrence Wong and MOE have yet to comment on the matter. We’ll update the article accordingly when they do.

Hope all parties will arrive at an amicable resolution

Recent events have shown that Singapore may still have some ways to go in terms of having open conversations in our society.

Whatever the differences may be, we hope that all parties will be able to arrive at an amicable resolution, and perhaps pave the way for more fruitful discussions in the future.