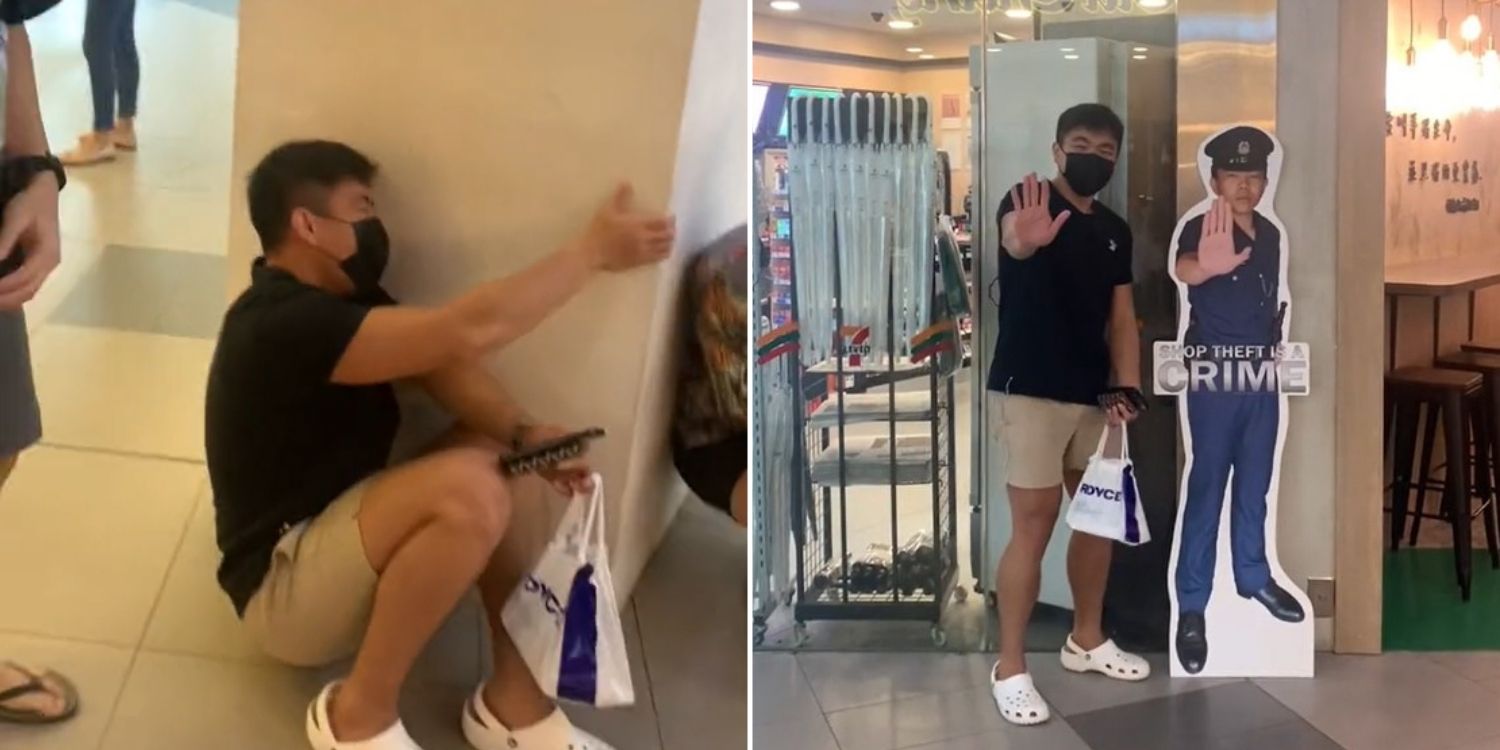 What an out-standing prank.

Birthday Boy Surprised With Police Standee Of Himself At NEX

Birthday prank ideas are always fun and wildly creative. It all depends on how daring and determined your friends are to embarrass you in the name of good fun.

Recently, a group of friends in Singapore proved how epic a birthday prank could be after they decided to edit the birthday boy’s face over the iconic crime prevention poster ‘Shop Theft Is A Crime’ and display the standee in NEX.

Hilariously, the prank almost flew over the guy’s head as it took him a solid minute to realise that his face was printed on the standee instead of the usual policeman poster boy.

The wholesome prank, including the ideation process, was shared on TikTok by user @t1ew_ on Sunday (3 Jul)

We first see a group chat discussion, where the OP’s friends revealed the grand plan: to print the ‘Shop Theft Is A Crime’ poster. Only this time, the face of their friend JP was on it. 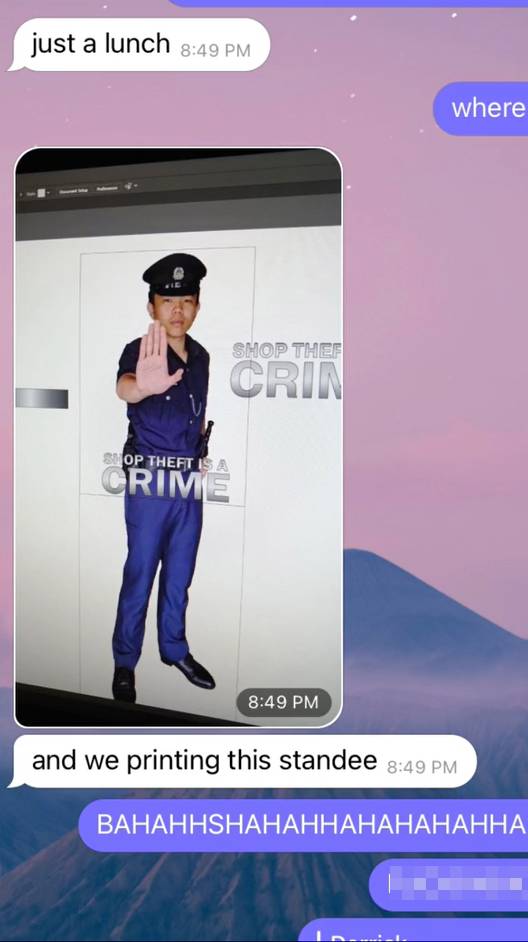 Then, the group proceeds with the plan, with one female friend successfully printing out the standee and placing it inside a car boot, presumably to bring it to the mall where they would meet JP for lunch.

On the big day, we see one of the group’s accomplices walking past the standee placed outside the 7-Eleven store at NEX with the unsuspecting birthday boy JP in tow.

JP appeared to chat happily, not noticing the police standee. 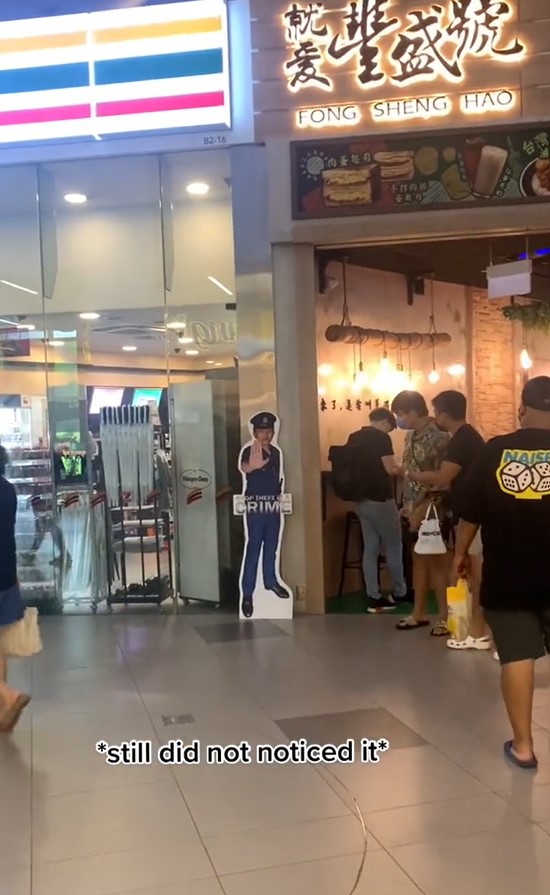 It was only until OP asked, “JP, did you see something?” that JP finally noticed the masterpiece.

The moment he saw it, the boy was shooketh. His eyes widened, and he exclaimed, “What the f***!”

The entire group guffawed as they captured the birthday boy in stitches, and he had to hold onto a pillar for support.

At the end of the video, he did not forget to do one last thing, which was to take a picture beside his police standee for posterity. Many netizens later praised the friend group for their wholesome prank, with some calling the idea a “masterpiece” and “the most wholesome shizz” they’ve seen all year.

Birthday celebrations are the best time to take your friends on a wild ride. While a simple celebratory meal is often the way to go, there’s no harm in going big by organising a well-thought-out prank.

Now that the moment is immortalised on TikTok for all to see, we’re positive that the group of friends will have a good laugh for years to come as they look back on this day.

What are some birthday pranks you’ve pulled on your friends? Let us know in the comments down below.