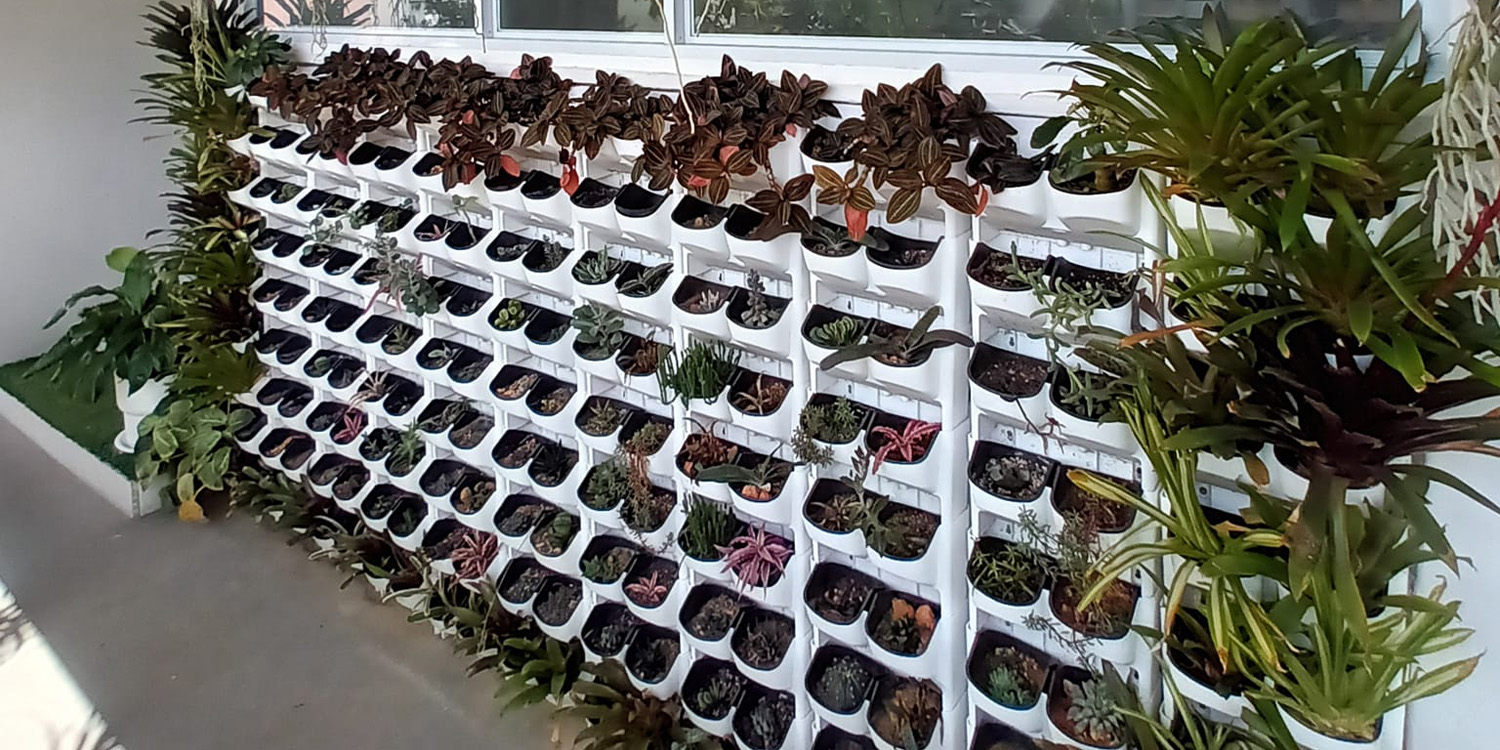 He chose to build it upwards to have more space for his plants.

Over the years, residents have put in the effort to beautify their common corridors with plants and artistic arrangements.

They make for a stunning sight, providing a welcome distraction from the otherwise mundane view.

Recently, a resident in Potong Pasir decided to spruce up the space in the common corridor. With small succulents arranged in a neat style, his garden has won praise from netizens. 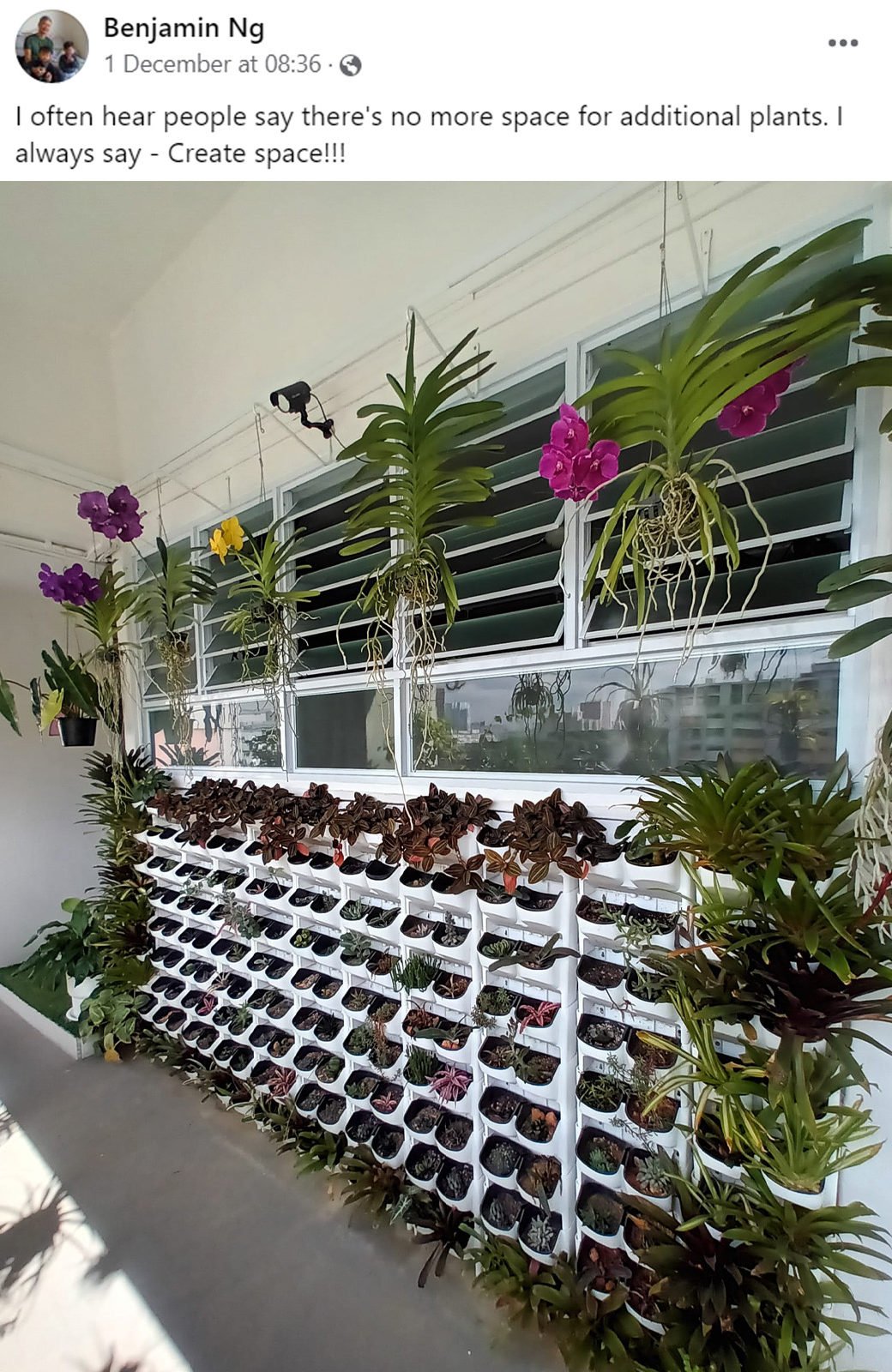 The botanical arrangement comprises neat rows of planters, aesthetically pleasing to the eye. Various species of greeneries hang from the window panes above, with vibrant flowers as well.

Netizens seemed to appreciate the sight, praising Ng for the therapeutic setup.

One user was even hilariously over-enthusiastic in his admiration for the sight.

Opted for wall design to spruce up plain pillars

In a separate comment, Ng stated that he achieved the setup by building a frame that would support all the rows of plants. 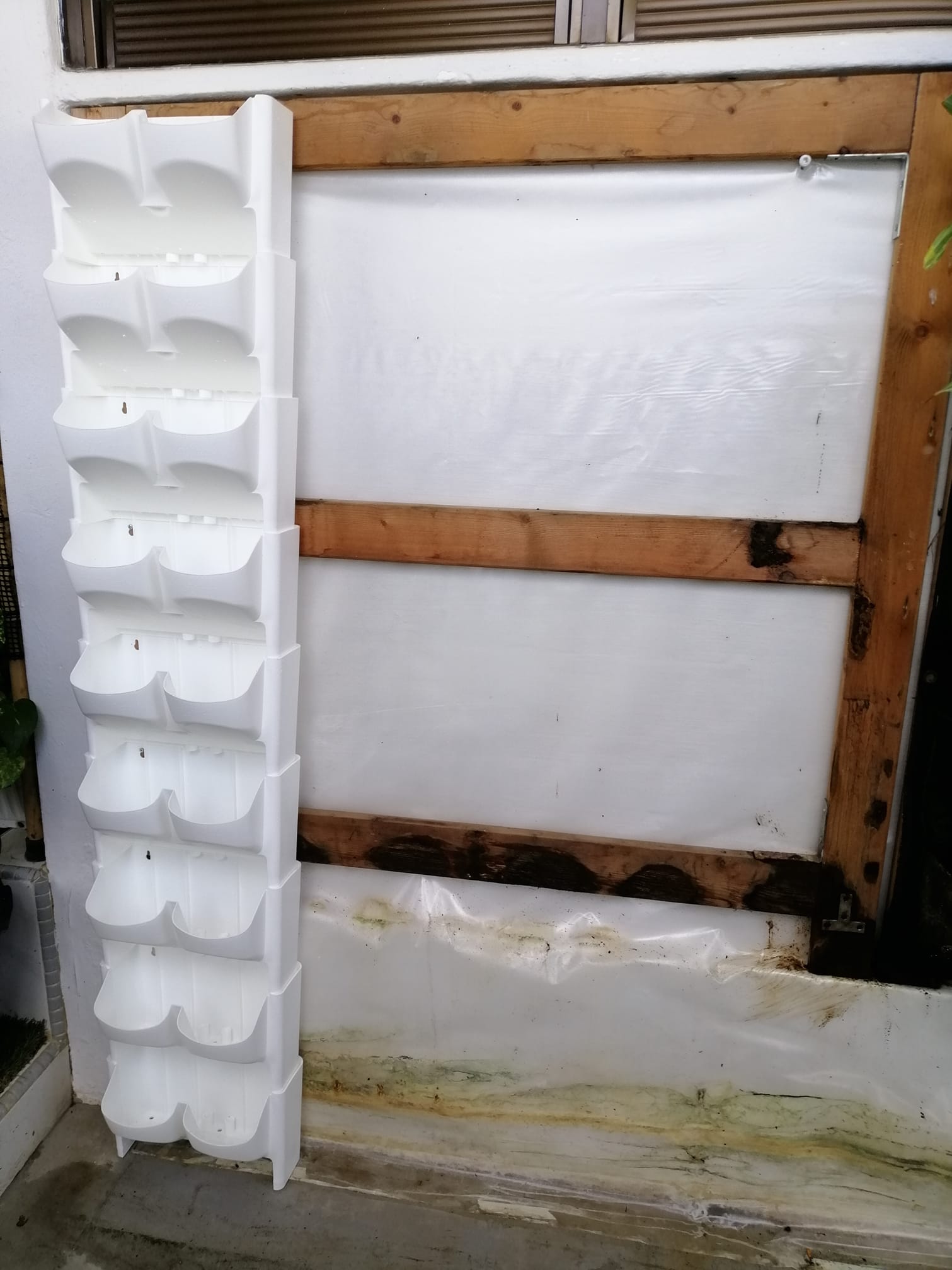 Speaking to MS News, he shared that he opted for such a design to spruce up the otherwise sparse wall outside his apartment.

He had also been searching for more space to grow plants in. “Since living in a flat doesn’t afford me lots of horizontal space, the only way is to go upwards,” he explained.

As the planters are boutique-sized, he said he chose plants that would not grow too large. In the end, he went with small succulents — and the results, we have to say, are exquisite.

Each pot, Ng shared, has to be watered individually. Even so, watering them has been a relatively easy feat thus far.

Indeed, Ng’s efforts in beautifying his surroundings have paid off. Points to him for creativity, and here’s to hoping more residents follow his example as well — provided that they can also take time to maintain the mini garden, of course.