In the wake of the tragedy at River Valley High School (RVHS), President Halimah Yacob has commented on the matter. 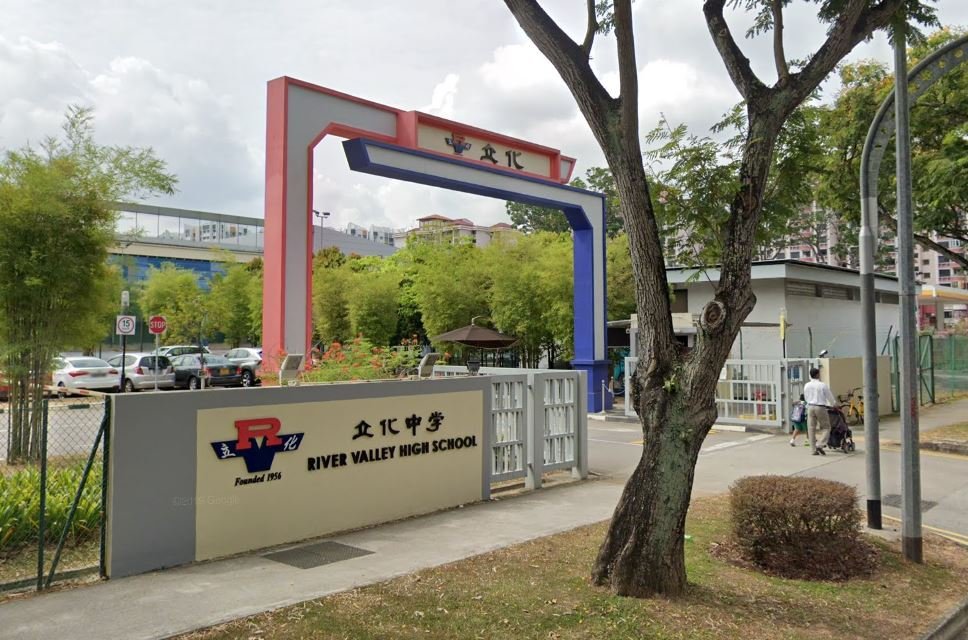 Mourning the loss of the 13-year-old boy, she attempts to balance the factors that led to the young boy’s death.

She also calls for the population to achieve greater mental health awareness and provides suggestions that could help.

On Friday (23 July), President Halimah took to Facebook to provide a statement about the RVHS tragedy. 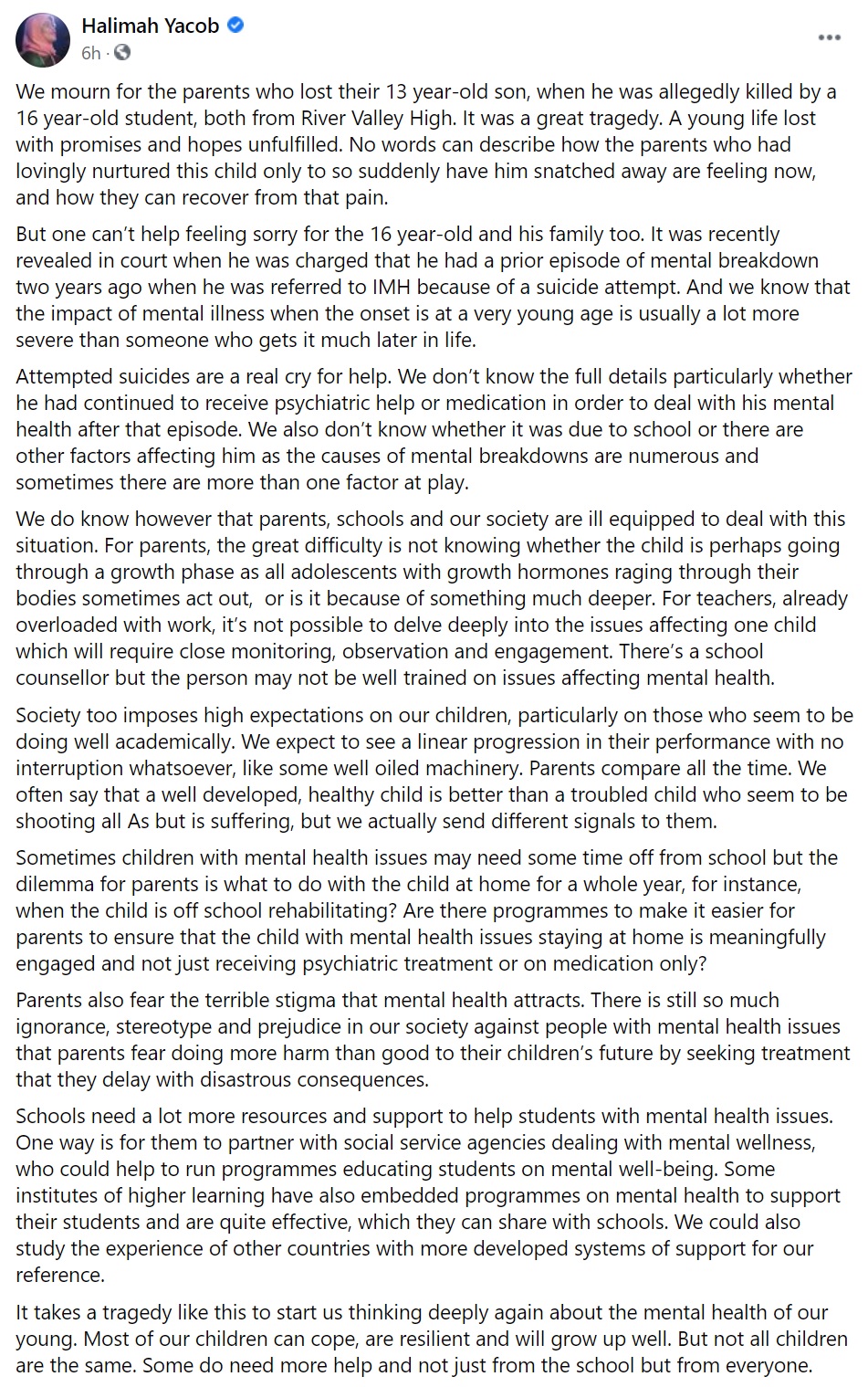 Firstly, she addressed the parents of the deceased who had their son taken from them suddenly. While she mourns his passing, she also provides a retrospective view on the matter.

According to Mdm Halimah, the alleged murderer, the 16-year-old boy, was also the victim in this case. She expands on reports that the young boy had suffered a mental breakdown 2 years prior to the tragedy.

Investigations revealed that he was referred to the Institute of Mental Health (IMH) as a result of that episode.

Mdm Halimah also describes suicide attempts as a “real cry for help”. She mentions that the situation is complex, with many factors that could have led the boy to that decision.

President Halimah also addressed the fact that parents, schools, and society as a whole are ill-equipped to deal with mental health issues.

She mentions that parents may not know exactly what the child is going through and for teachers who are already overworked, it may be difficult for them to monitor each child individually.

From a societal standpoint, she notes that expectations of children are high. While parents may expect smooth academic progress from some children, not every child is the same.

She also says that while parents value a healthy child, they may be sending a different message instead.

She ends the post by offering a resolution involving schools and social service agencies to educate students on mental health.

Catalyst for conversation on mental health

While it’s unfortunate that a tragedy like this had to happen to spur conversations on mental health, it’s best addressed sooner rather than later.

Hopefully, Mdm Halimah’s thought-provoking post will also open up discourse about mental health in all settings within the society, so we can build a more compassionate environment for all.