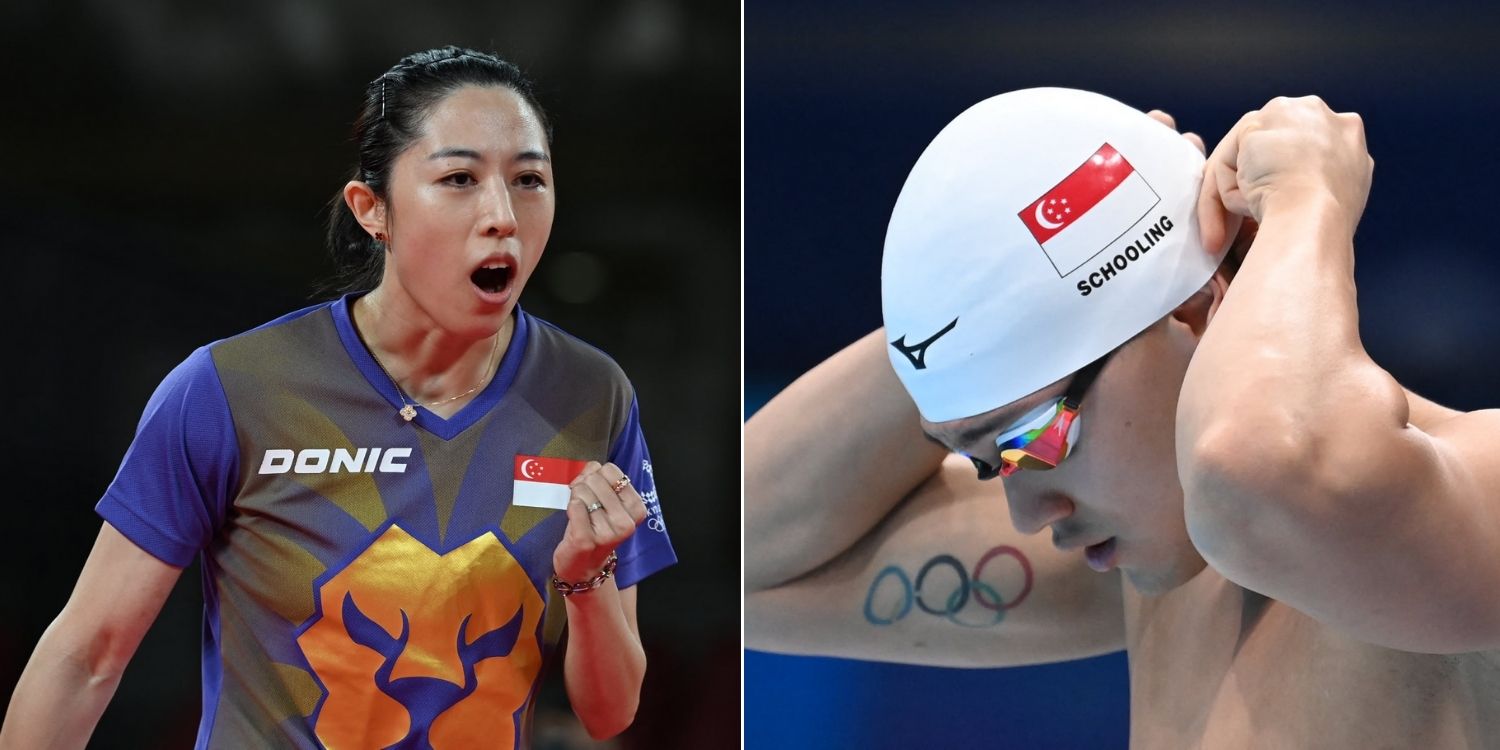 Let's support our athletes through their highs and lows.

Triumphs and losses are an inevitable part of an athlete’s journey. While some performances may disappoint long-time fans, President Halimah Yacob urges the public to support the athletes wholeheartedly.

On Friday (30 Jul), Mdm Halimah expressed her disappointment at people making negative remarks about Joseph Schooling and other athletes during the Tokyo 2020 Olympics. 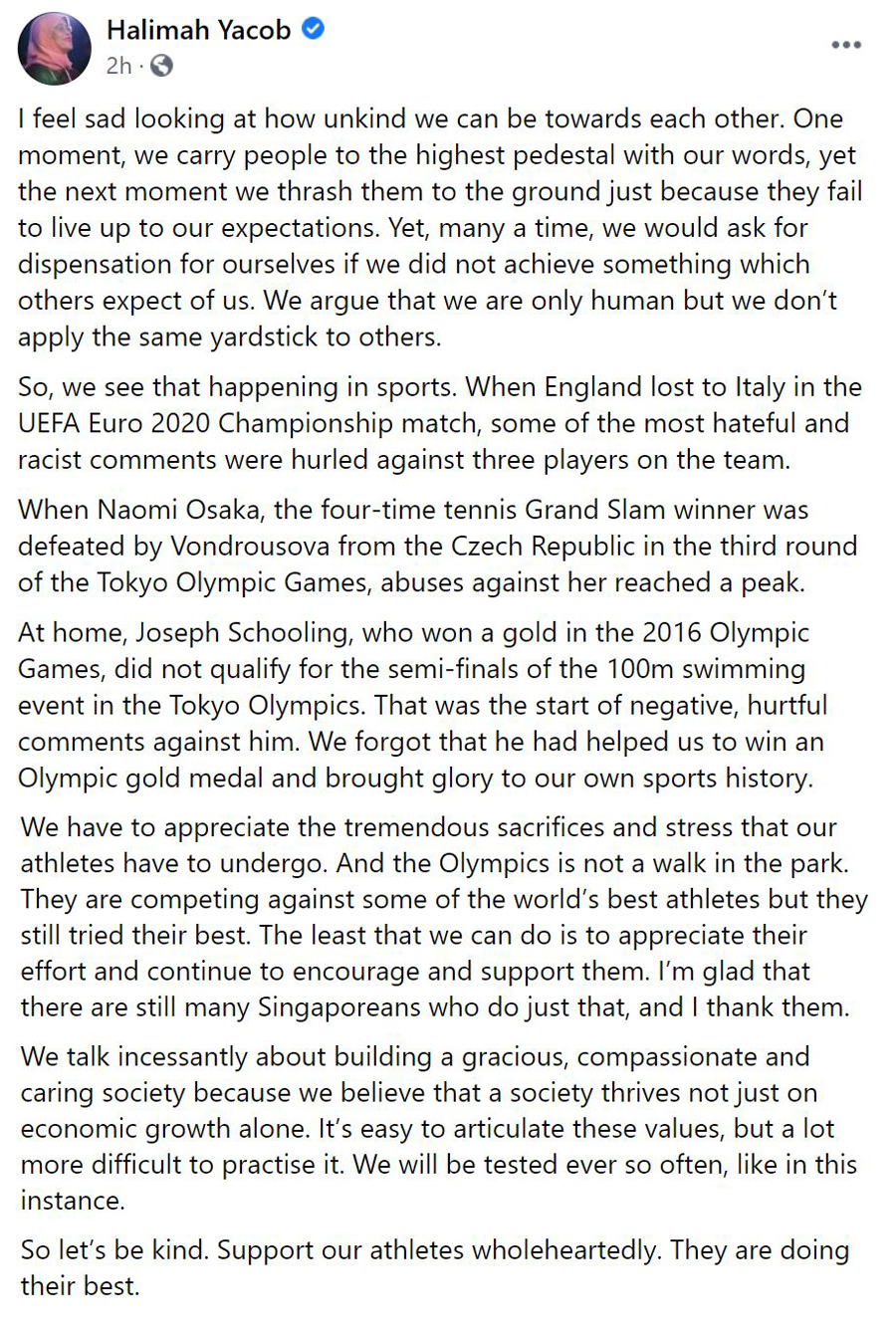 Win or lose, she reminded us that every athlete has made tremendous sacrifices to represent our country on the world stage.

Athletes who clinch victory are placed on a high pedestal. However, we “thrash them to the ground” if they don’t fulfill our expectations.

Ironically, when we fail to achieve what’s expected of us, we hope others remain kind.

We argue that we are only human but we don’t apply the same yardstick to others.

Back in the 2016 Olympics,  Joseph Schooling was celebrated as Singapore’s hero when he brought home a gold medal.

Unfortunately, when he failed to qualify for the 100m butterfly event in the semi-finals, members of the public allegedly left “negative, hurtful comments” which Mdm Halimah herself had noticed. 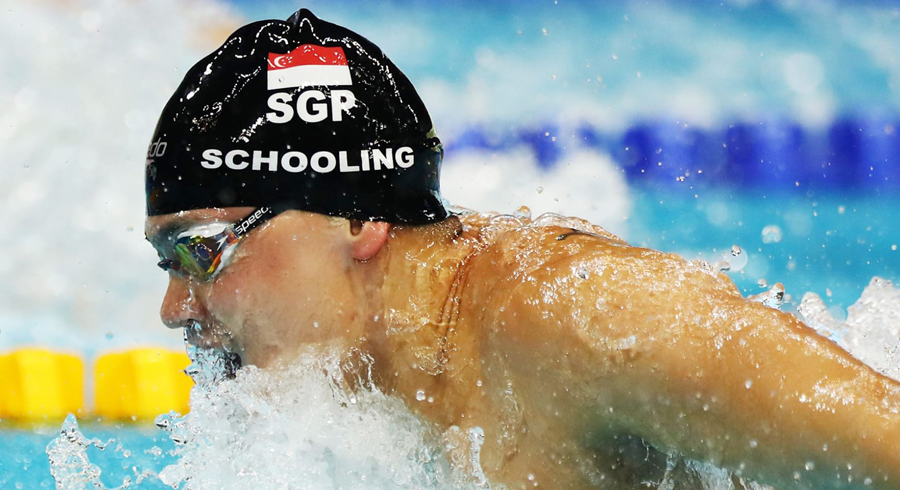 Despite having brought Olympic glory to our country before, it seemed like his latest performance had negated that in the public eye.

Mdm Halimah likened the situation to that of tennis player Naomi Osaka, who became the victim of abusive words after the 4-time Grand Slam winner lost in the third round of the Tokyo Olympics.

Mdm Halimah emphasised that our athletes have made tremendous sacrifices to qualify for the Olympics. Now, they are doing their best to win against the best in the world.

At the very least, we must appreciate their effort and continue to support them. She is also grateful to see people supporting local athletes throughout the highs and lows of their career.

Furthermore, Mdm Halimah reminded us that we want to build a compassionate and gracious society. While it’s easy to talk about these aspirations, putting them into practice is quite a challenge.

Situations may test or divide us, but she urged the public to be kind to athletes in good or bad times.

Support our athletes wholeheartedly. They are doing their best.

Hope we remember to be kind

Qualifying for the Olympics is already a big achievement.

The athletes’ participation is thus proof of their tremendous effort.

Hopefully, Mdm Halimah’s thought-provoking statement will compel us to be compassionate so we can foster a caring society.