Pritam Singh Was A Normal Stream Student Who Did Badly In PSLE, But Made It To University

The NUS alumnus recently admitted that he’d “fumbled badly” at PSLE and entered “Normal stream in secondary school” before bumbling his way into JC and university.

You can check out his full NUS’ Faculty of Arts and Social Sciences (FASS) commencement speech on 19 Jul at the 27-min mark in this video.

We talk about what else Mr Singh taught 470 promising graduates after the jump.

Hit the lottery by getting into uni

Apparently, his exposure to political science and history subjects changed the way he viewed education.

A “positive military experience” also fuelled his thirst to excel in school.

In his typical tongue-in-cheek way, Mr Singh spoke of how he felt like he “hit the lottery” back in the 90s when he made it into FASS.

He described his varsity years fondly, after graduating in 2000 with the Straits Steamship Prize (1999), for being the top political science student in his cohort.

“A degree is only as good as your work ethic”

Mr Pritam Singh hoped to encourage his young audience not to give up despite facing challenges, even if they were not academically brilliant.

He too had had felt bouts of regret for not studying harder before he enrolled in NUS.

Without a clean academic record of straight As, students like him may find it harder to get their dream jobs — as compared to “better performing peers”.

Mr Singh only had this to say to naysayers,

Make no mistake about it, when you are through that door, all bets are off…A degree is only as good as your work ethic, attitude and diligence.

“Be nice to people along the way. You may meet the same people on the way down.”

For those who excelled constantly, Mr Singh encouraged them not to to be passive about their achievements, but continue to pursue excellence relentlessly.

However, the WP Chief also cautioned,

As you climb the ladder of success, be nice to people along the way. Because you may meet the same people on the way down.

This was met with warm applause by the sitting audience who definitely took his words to heart.

In Singapore, opposition politicians are not often invited to speak at university commencement ceremonies. 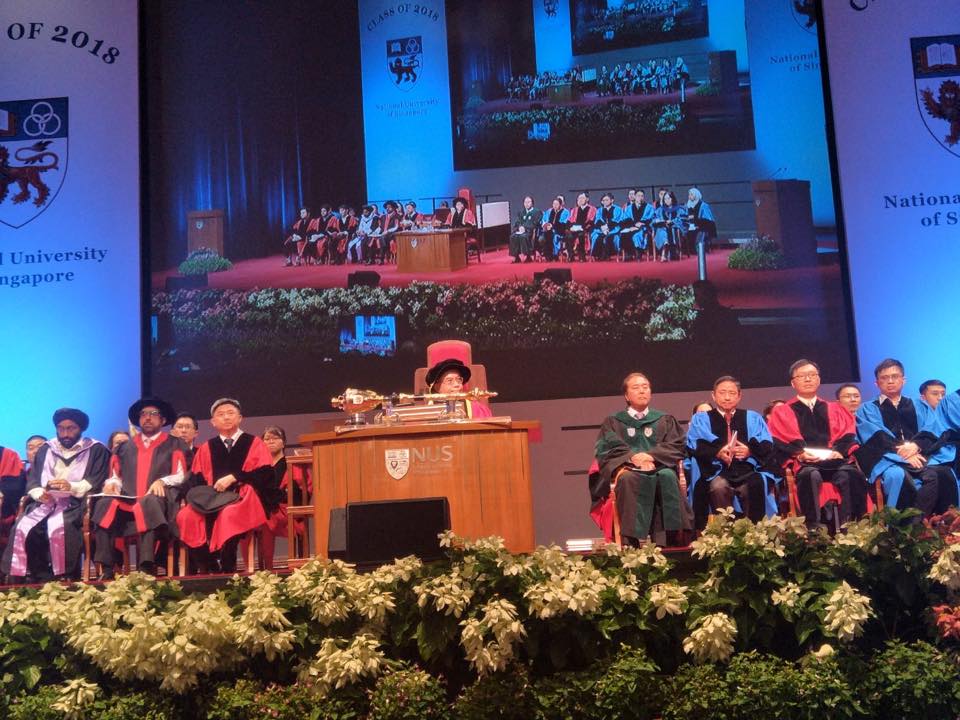 Mr Singh’s appearance didn’t go unnoticed by this year’s valedictorian, Walid Jumblatt Abdullah, who called it a “positive sign” that showed the “continuous development of our democracy”.

WP Chief Pritam Singh’s lessons will surely inspire these graduates on the crux of adulting.

Perhaps, his words may even kickstart the journeys of students who harbour dreams of entering politics themselves.

We wish the 2018 batch of graduates a bright future ahead.

May the job interview gods smile favourably upon you.