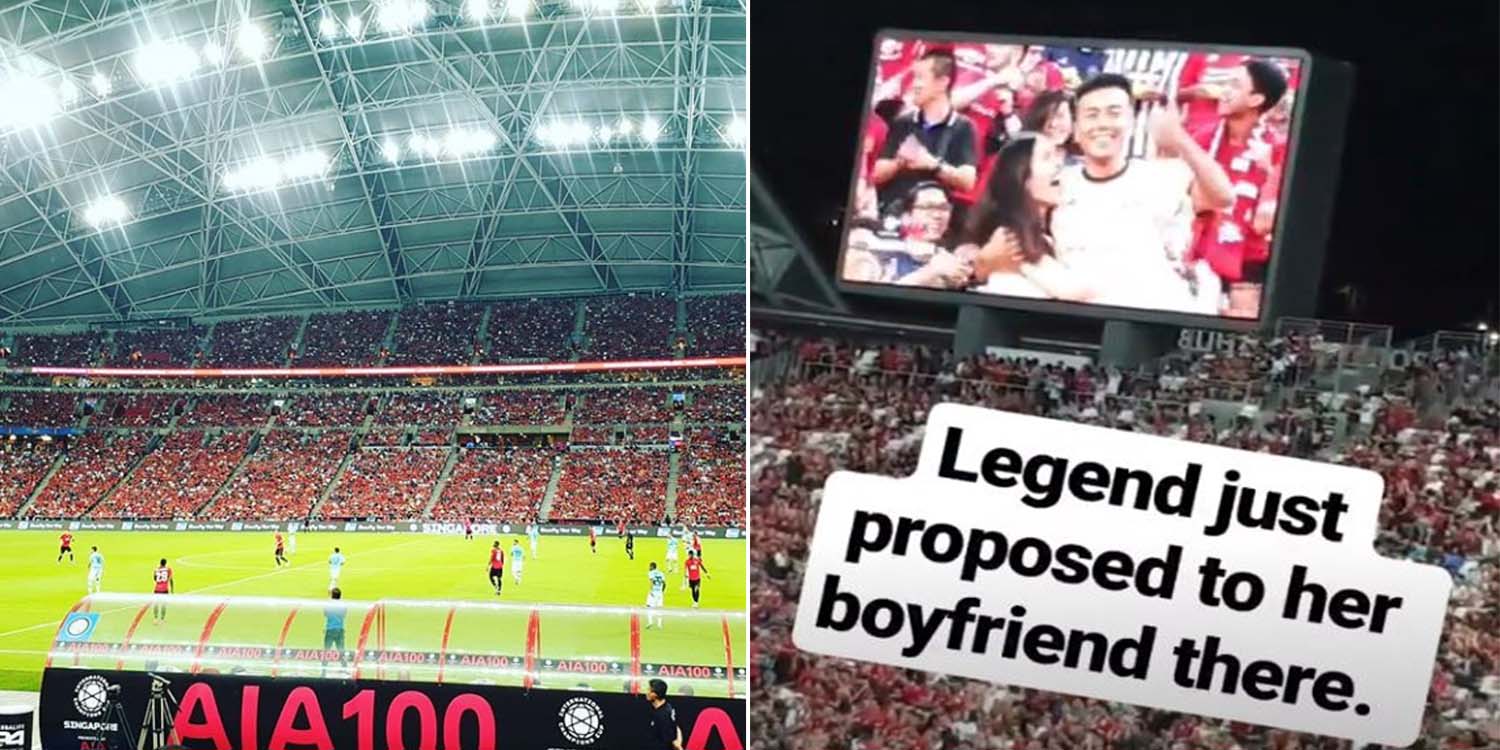 Manchester United wasn’t the only one who took home a goal. One lady did too — that is, when she proposed to her boyfriend and he said yes.

The proposal happened at half-time, when the camera swerved up and zoomed in on a couple clad in Manchester United fan attire. The on-screen occasion was captured from afar by Instagram user @nosajpersonlah. 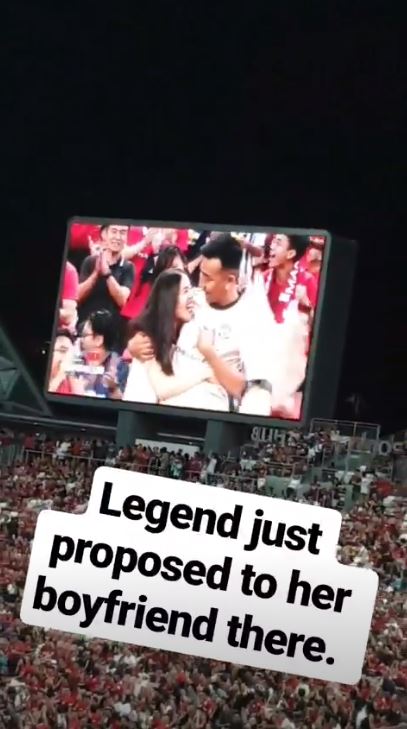 The girl had gone down on her knees to propose — to a roaring approval from the crowd. Her boyfriend quickly pulled her up, seized a small kiss, and gave a jolly thumbs up. 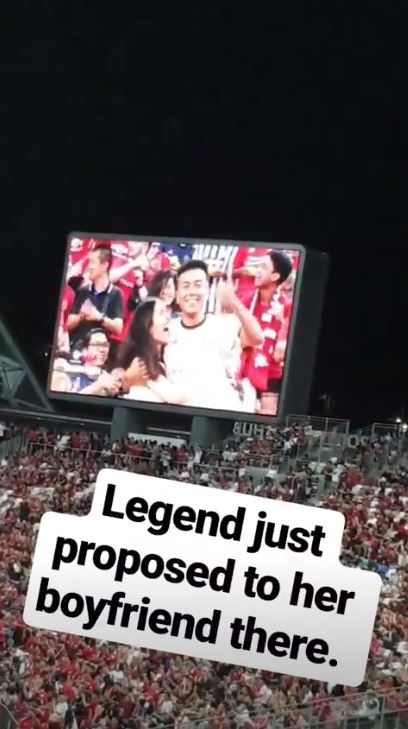 Soccerphiles will already know this. But for those who did not take part in the match or news of the match, the red team beat the blue team. 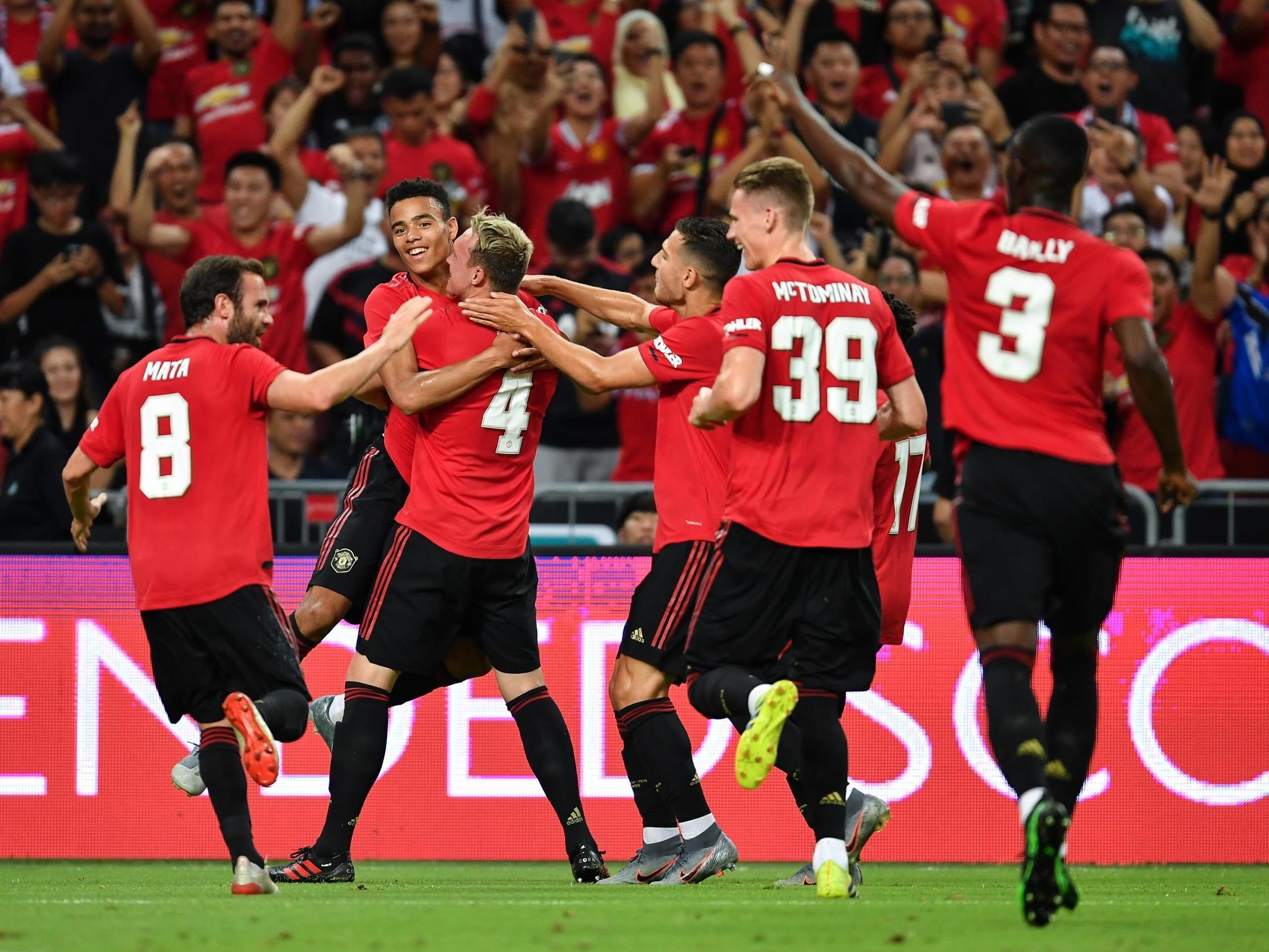 The teams were playing for a pre-season friendly as part of the International Champions Cup. The matches are played all over the world — as far as it is possible to disperse those few number of matches.

For a match between the titans of football, it was no surprise that the stadium saw a record number of attendees. 52,892.

There will be a second match played tonight, Juventus v Tottenham Hotspur. And we’ll be waiting to see if any ‘extra’ goals are scored by the fans.