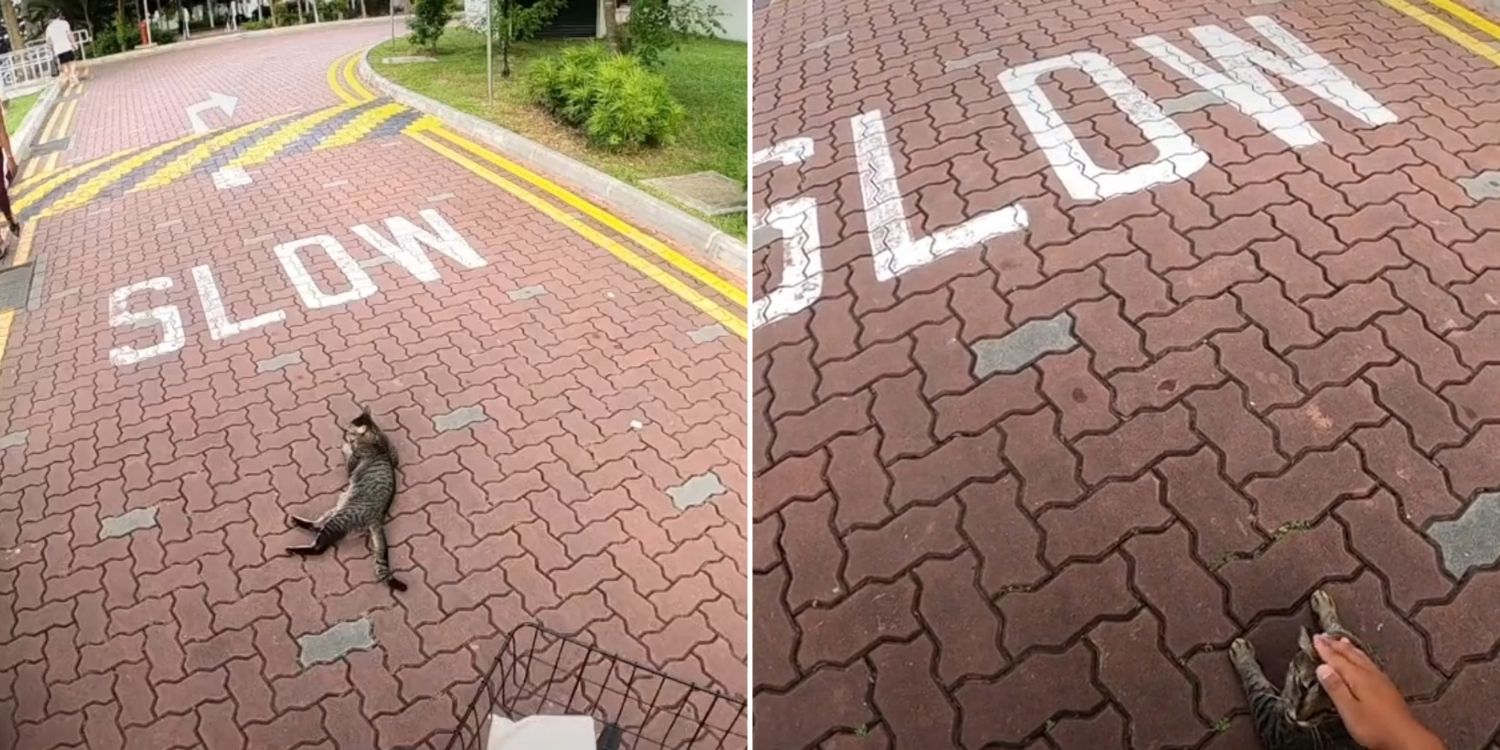 Cats have a reputation for being nonchalant creatures that are indifferent to their surroundings.

A cat took that behaviour up a notch when it blocked traffic at a Punggol HDB estate by lying down in the middle of the road.

A cyclist who noticed the traffic piling up went ahead of the queue of cars to discover the aloof creature.

He then picked it up gently off the road and placed the cat by the side, much to the feline’s displeasure.

Cyclist gently moves cat off the road in Punggol

TikTok user @ashhkatchum, who was the cyclist in the footage, first uploaded the video in July.

In the clip, he appears to be in front of a line of cars at an HDB estate.

As he looked around, he found a tabby cat lying in the middle of the road, the apparent reason for the traffic holdup.

Even as onlookers were attempting to catch its attention, the cat was unmoving. Seeing this, the cyclist approached the cat warmly.

After a few head taps and scratches, the cyclist carried the cat onto the side of the road.

Possibly annoyed that it was moved from the road, the cat meowed loudly at the cyclist.

But the feline stayed where it was and watched the cyclist from afar as the cars finally drove past the furry obstacle.

While cat lovers would probably assume that the feline is just being its lazy self, lying down wherever it pleases, some netizens have wilder theories in mind.

This one for example thinks that the cat may have learnt from sly hoomans who obstruct traffic as part of an insurance scam, feigning an accident.

Another comment pointed out that the cat would be the only suitable replacement for an Electronic Road Pricing (ERP) gantry.

Cats are the real kings of the road

Forget the debate about who the real kings of the road are. We think the answer is clear here.

Hopefully, this cat learns its lesson and doesn’t terrorise the streets of Punggol with its nonchalant behaviour anymore.