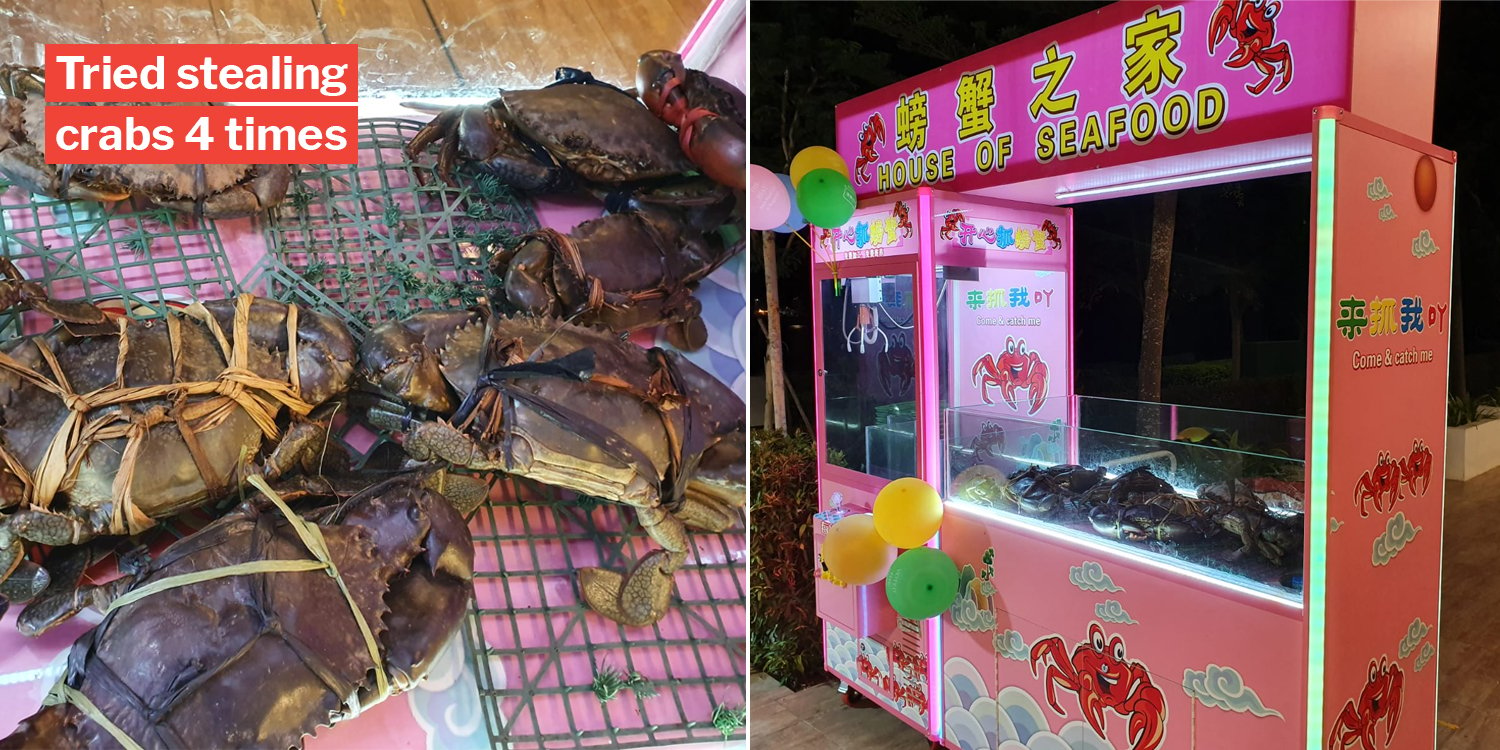 You might remember House of Seafood from its highly-controversial crab claw machine last year.

While that chapter might’ve been over, the Punggol restaurant recently saw a bizarre case of theft.

On Monday (21 Sep) night, a man was reportedly caught stealing 11 crabs from the establishment. 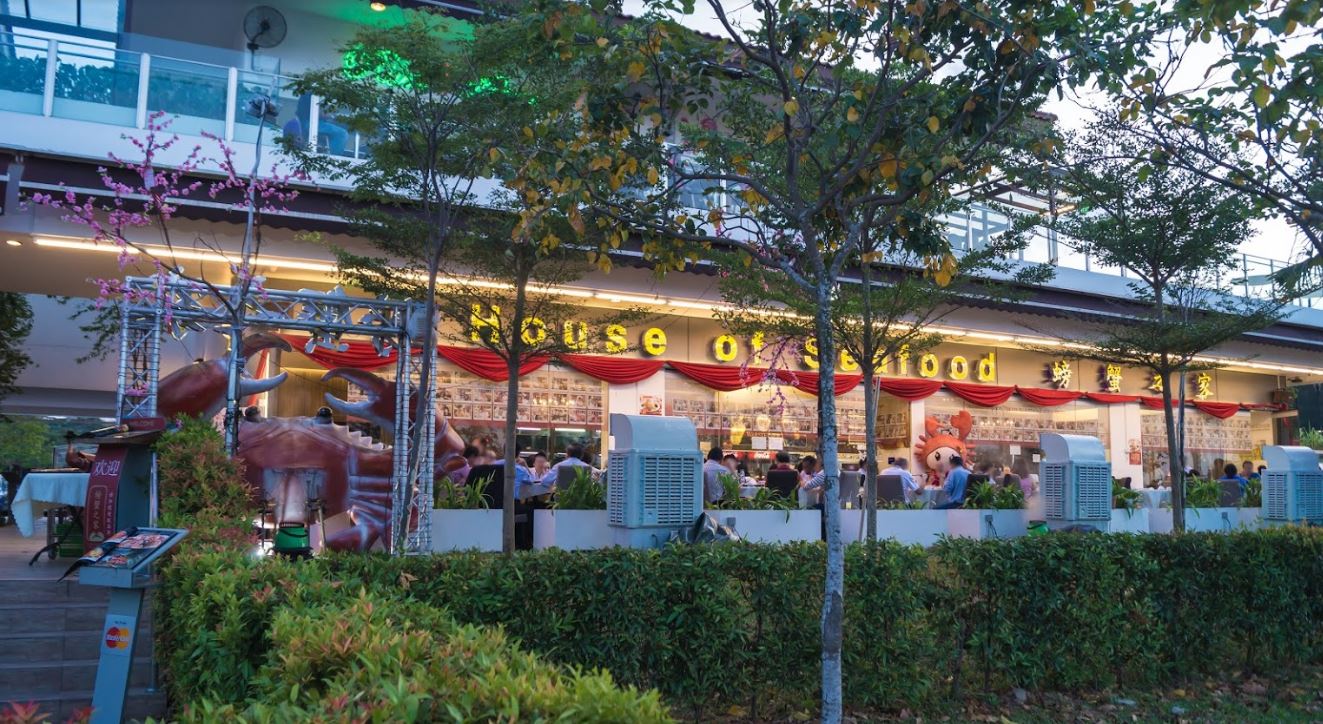 But that wasn’t his first time committing such a crime. Since January, the man has stolen 81 crabs over 4 occasions.

According to Lianhe Zaobao, the 59-year-old man attempted to steal 11 crabs amounting to $1,000 on his latest attempt. 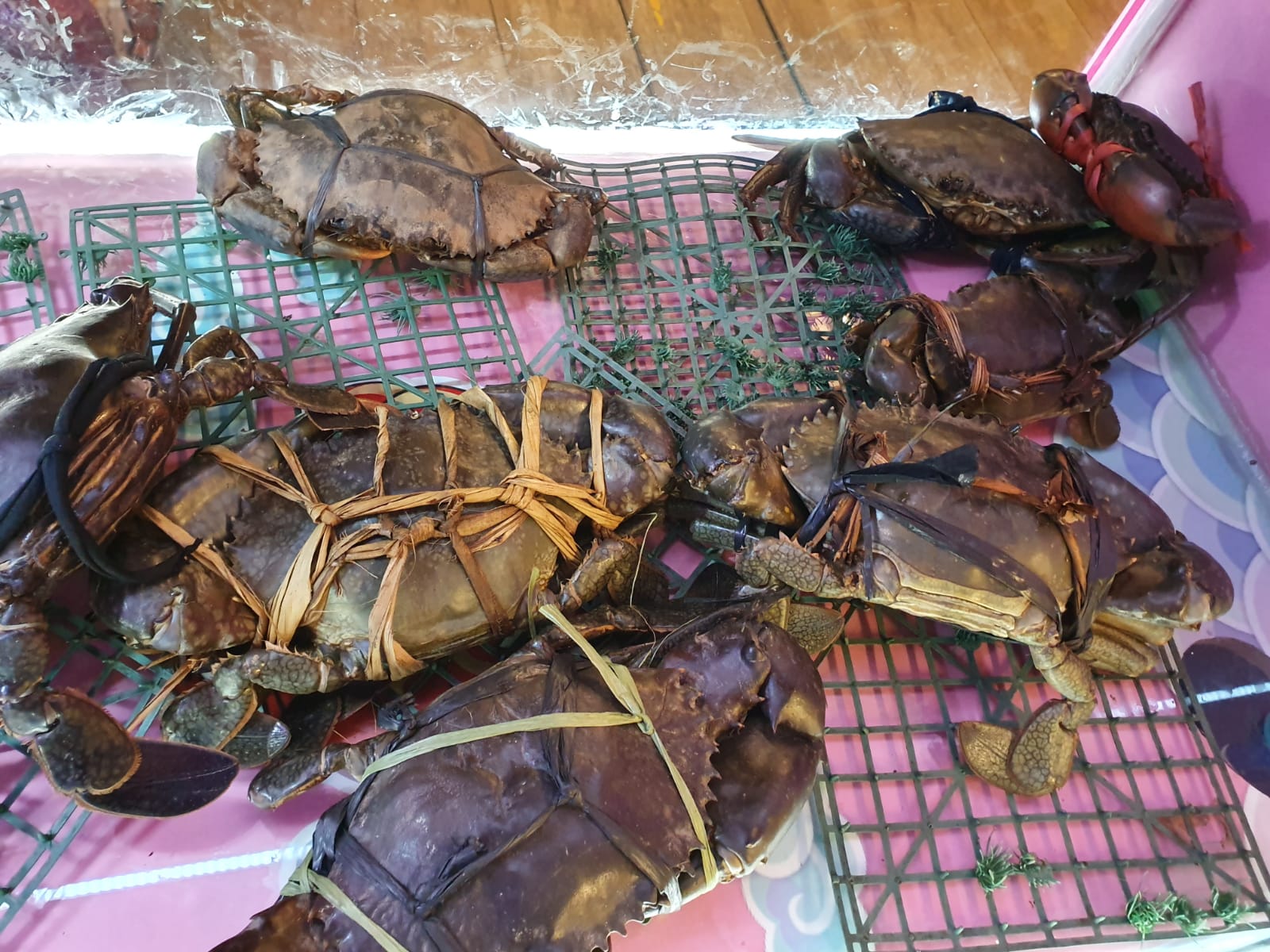 A staff told the Chinese daily that she was serving some customers when they pointed out that a man was hiding behind the claw machine. He had also stolen crabs from the tank. 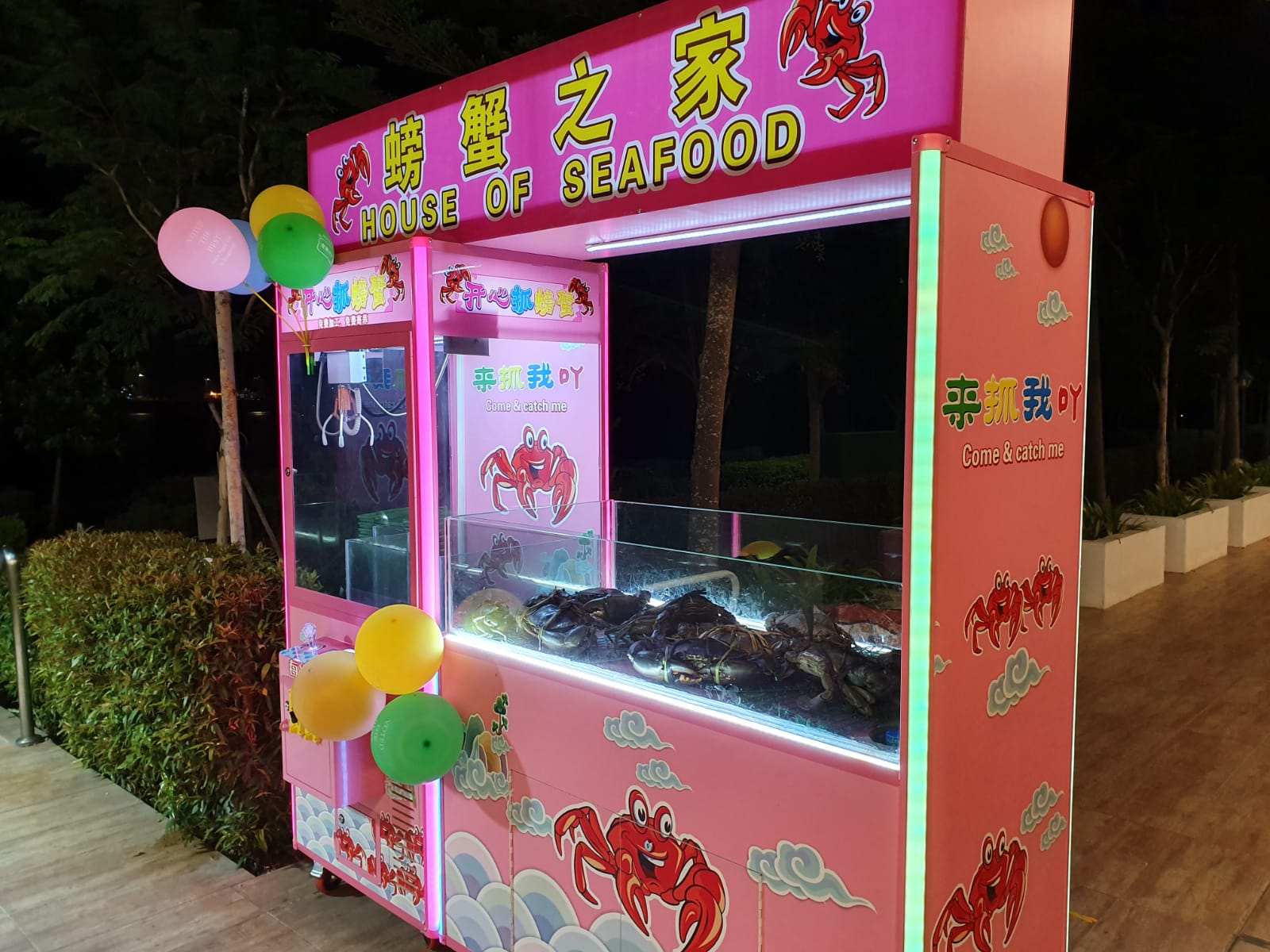 The machine initially had 10 crabs – each weighing 1kg – inside, but was reportedly empty by the time she looked over.

The staff in question immediately approached the suspicious man.

After some questioning, the man appeared annoyed and said he’d return the crabs, before grabbing 3 from his bag and tossing them on the ground, reports Lianhe Zaobao.

Subdued with help of 3 members of the public

The man then tried to make a run for it, with the staff in hot pursuit.

She reportedly held on to the man’s bag the entire time while communicating with her manager via a walkie-talkie.

The man was finally subdued at a nearby bus stop, with the help of 3 members of the public.

When police arrived at the scene, they also nabbed another 64-year-old man who had 5 crabs in his possession.

The police later confirmed that the younger man was arrested for theft charges while the older man was nabbed for ‘receiving stolen goods’.

Turns out, this wasn’t the first time the younger man had stolen crabs from the Punggol establishment. 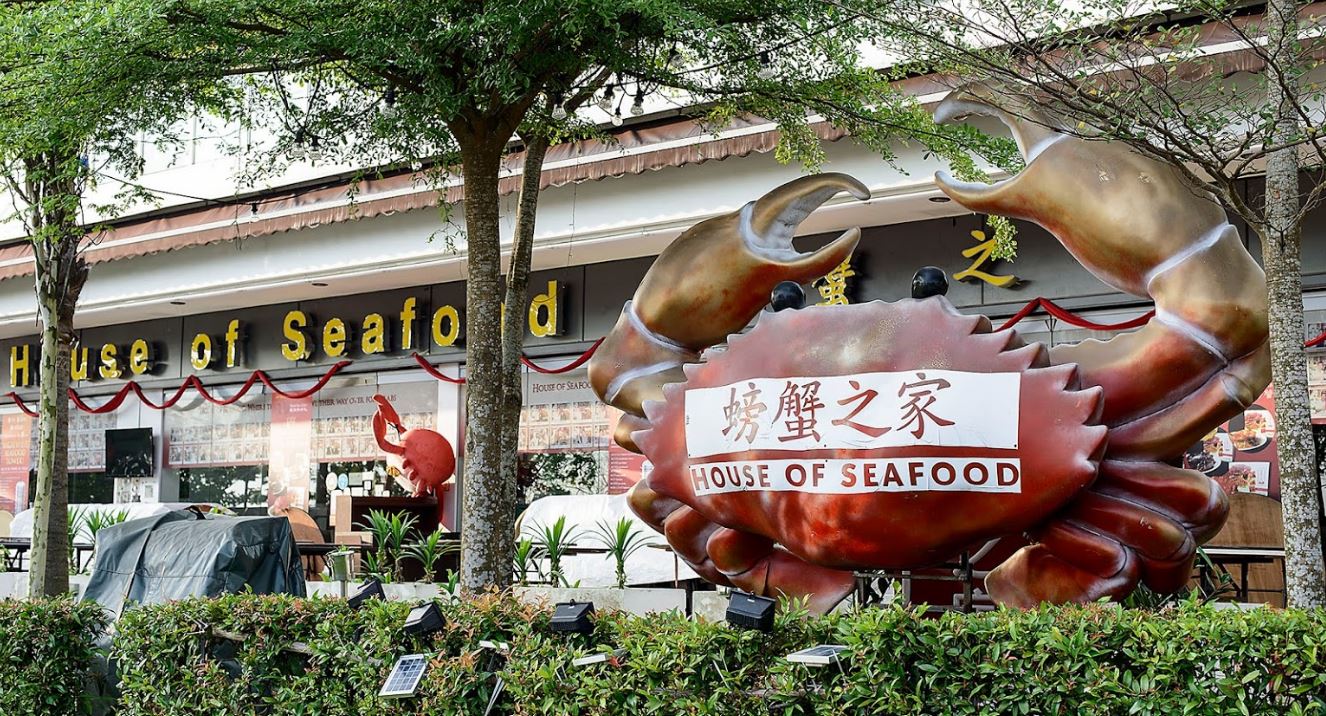 His latest attempt was his 4th this year. According to Lianhe Zaobao, 81 crabs have been stolen in total:

Francis Ng, the founder of House of Seafood, told Lianhe Zaobao that the missing crabs amounted to over $10,000.

Moving forward, he reportedly plans on installing more CCTVs around the restaurant to prevent future thefts.

Might be the most bizarre theft we’ve heard of

Cases of jewellery or electronics getting stolen might not be uncommon, but stealing crabs might arguably be one of the most bizarre cases that we’ve ever heard of.

In any case, kudos to the brave staff who gave chase as well as the vigilant customers who pointed out the man’s suspicious behaviour.