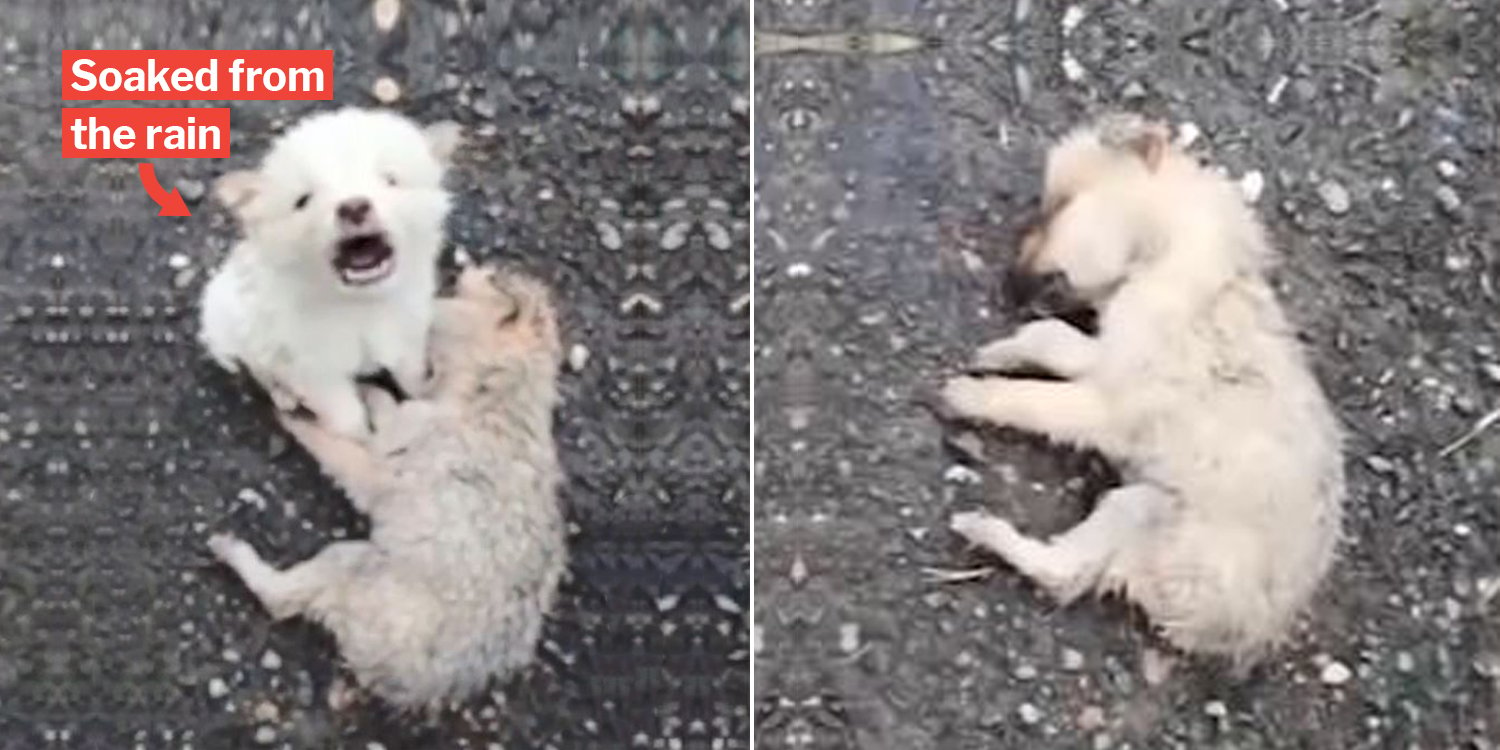 “Man’s best friend” is a phrase commonly used to describe doggos because of their loyalty and loving hearts.

Recently, a video on YouTube proves that dogs are not just loyal to their owners, but their fellow doggo pals as well.

On Sunday (3 Nov), a video uploaded on YouTube unveiled the saddening sight of a puppy crying for help in the rain besides his dead friend.

Puppy found crying at the roadside in China

A man in the YouTube video, Mr Xiong, explained that he noticed two little puppies at the roadside while driving.

When he decided to drop by for a look, he realised that one of the puppy was already dead while the other one was desperately crying for help.

As it was raining at that time, Mr Xiong took an apron from his car to wrap the crying puppy, giving it warmth and hopefully comfort. Heartbroken by the plight of this puppy, he decided to bring it home to recuperate.

Looking for someone to adopt the puppy

Later on in the video, Mr Xiong expressed that it’s saddening to see a puppy this young being abandoned on the streets.

Hence, with the video, he is hoping for a “dog lover” to step forward and adopt this poor canine. 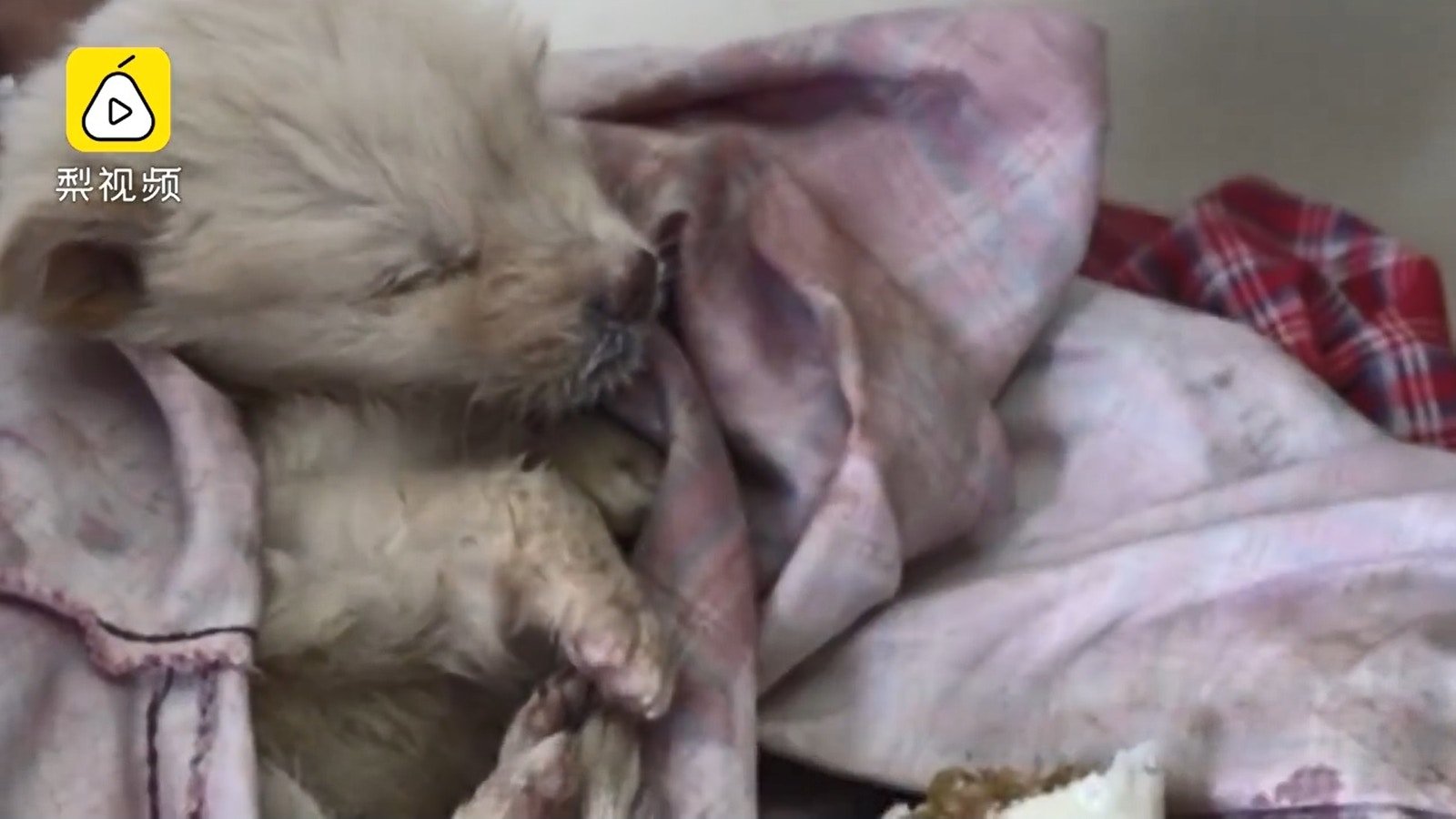 Though this incident happened in China, interested adopters are told that they can head to a marble tiles warehouse called 红旗桥唐瓷砖仓库 to check on the puppy.

It’s indeed heartbreaking to know that these puppies were left to fend for themselves at such a tender age.

Though one of them unfortunately didn’t make it, we genuinely hope that the rescued pup can find warmth from a loving family soon.