Although Singapore is a modern city-state, we also boast of some amazing wildlife that calls this place home.

And sometimes, these animals turn up at the most unexpected places.

On Wednesday (25 Aug), a woman shared on Facebook a video of a python on the roof of a car.

Seeing this, netizens joked that the python was hitching a ride to the Singapore Zoo.

In the 13-seconds long video shared on to Facebook page Singapore Wildlife Sightings, the python can be seen with its body coiled on the roof of the car. 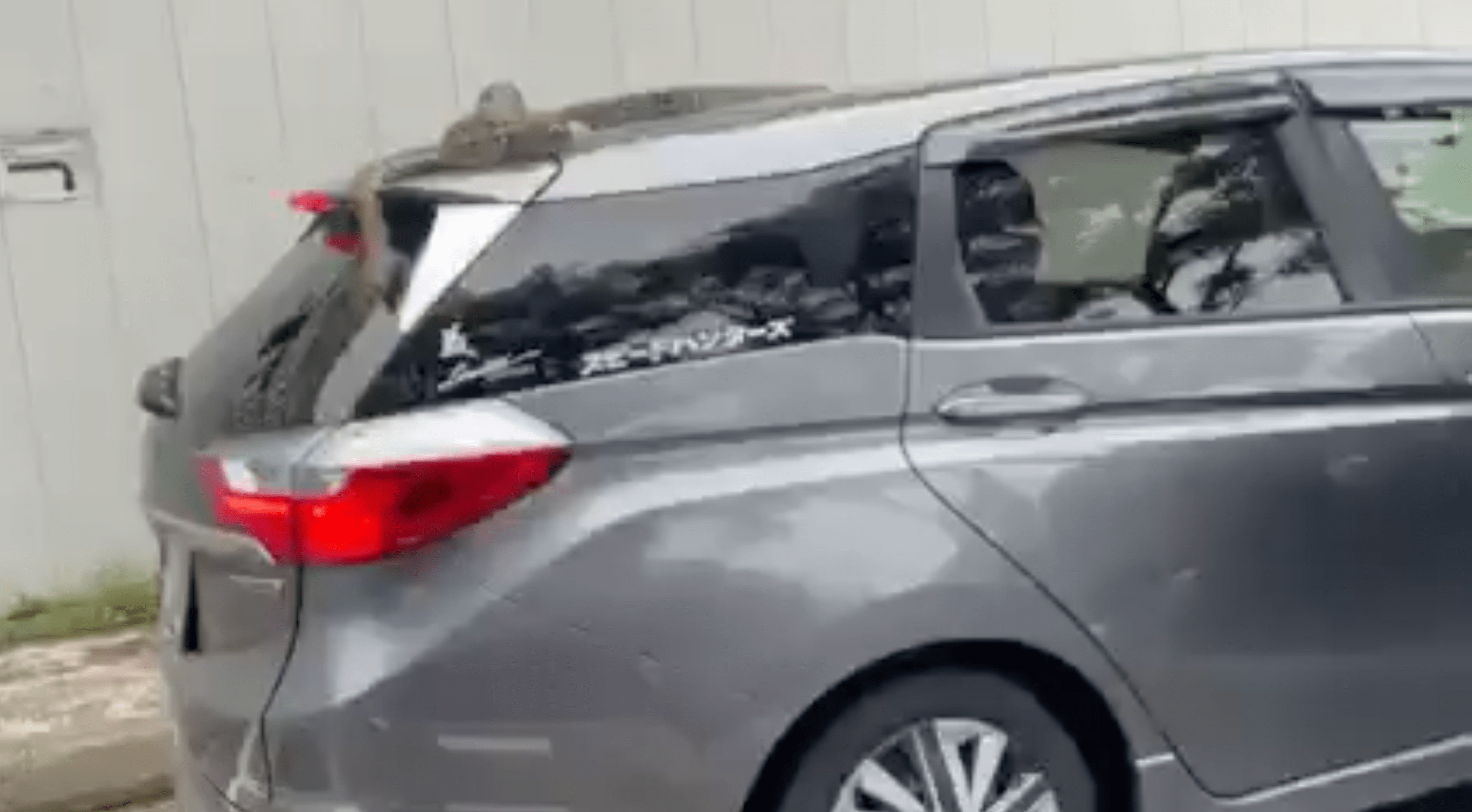 As the car moved off slowly, the python shifted its head which was on the rear windscreen of the car to the roof. It was almost like it was getting comfy and ready for the long car ride.

At this point in the video, the driver could be seen looking back, as if questioning what was happening.

The car continued to drive along the road at a slow pace and at least 2 other passers-by could be seen filming the scene, bemused at the sight before them.

Netizens joke that snake is hitching ride to the zoo

Watching the video, netizens joked that the python was simply hitching a ride to the zoo.

One netizen said that perhaps the snake was simply taking precautions in case there are flash floods in Singapore again.

It is unclear if the driver was aware of the python, and many other netizens commented that the passers-by should inform the driver about the presence of the python instead of simply filming the snake.

But if they weren’t filming, we wouldn’t be watching this video.

Most common snake in Singapore

Pythons are actually the most common type of snakes found in Singapore, according to The Straits Times (ST).

But they can turn aggressive if threatened. Although they’re not venomous, they can give you a nasty bite with their sharp teeth.

In the event that you come across a python, the Animal Concerns Research & Education Society (ACRES) advises that it’s best to leave them alone.

Hope the python is safe

It isn’t every day that a python hitches a ride on a car. What a sight that must have been for those that witnessed it in real life.

It’s unclear where the video was taken but we certainly hope the python managed to get to their destination safely!

If you come across pythons on roads or buildings and find that they are in danger, do reach out to ACRES Wildlife Rescue for assistance by calling 97837782.