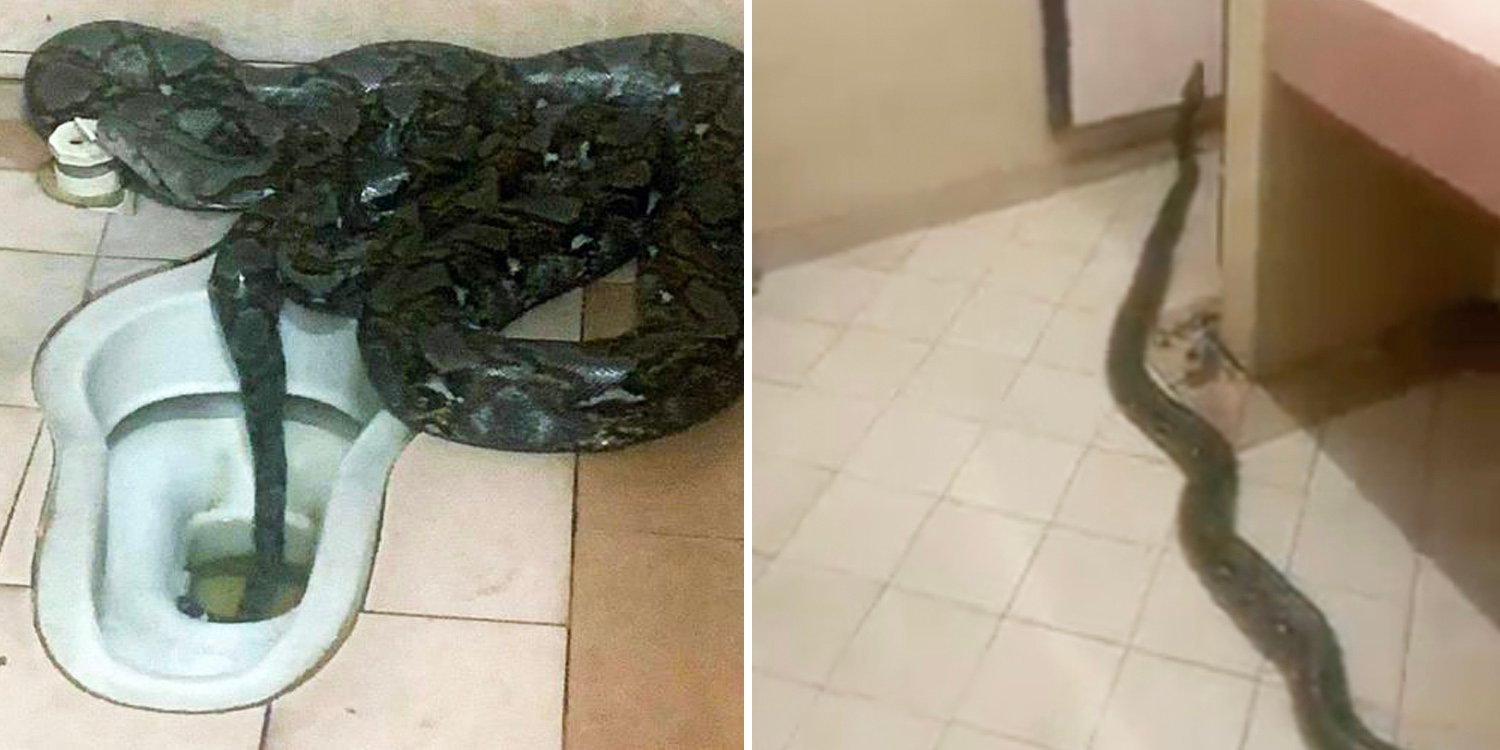 At first, they thought it was a thief who snuck in.

5m-Long Python Found In Kranji Kopitiam Toilet On 15 May

Snakes are known to be sneaky creatures that find their way into the most unexpected places.

In the wee hours of Saturday (15 May), 2 kopitiam stallholders in Kranji got a shock when they found a 5m-long python in the bathroom. 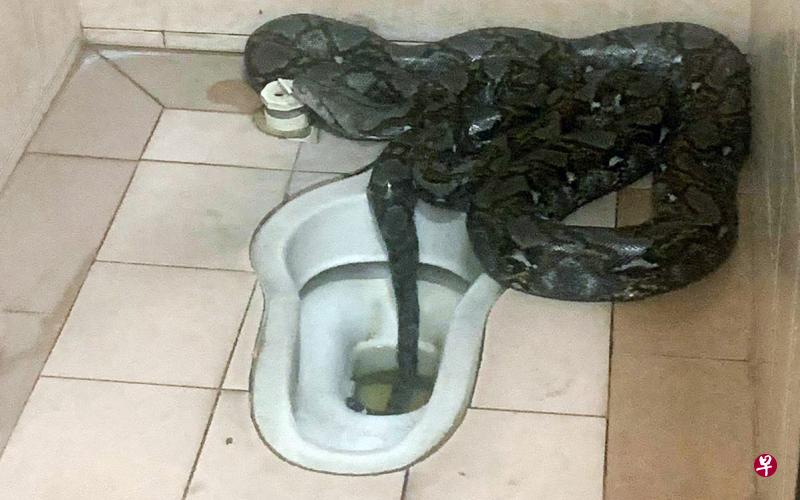 Unsure of what to do, the pair then took a video of the python and shared it on Facebook, asking netizens for help.

The video quickly went viral, and many netizens advised them to seek help from Animal Concerns Research and Education (ACRES).

At 1am on Saturday (15 May), 2 stallholders at a Kranji kopitiam stayed late into the night making preparations for the impending Covid-19 restrictions.

All of a sudden, they heard a noise coming from the bathroom.

With the kopitiam already closed, they found it strange and suspected that a thief had snuck in, reported Lianhe Wanbao.

But when they entered the toilet, they were shocked to find a python slithering in the toilet.

According to Lianhe Wanbao, the stallholders were at a loss on what to do after seeing the 5m-long python in the bathroom. One of them hurriedly took a video of the snake and shared it on Facebook, seeking help.

Soon, the video went viral, with many netizens leaving comments advising the stallholders to approach ACRES or the Singapore Civil Defence Force (SCDF) for help.

However, when contacted, both SCDF and ACRES told MS News they didn’t receive any call for assistance from the outlet.

We don’t know what happened to the snake in the end, but we hope it decided to slither away into the night without posing major harm to anyone else.

Contact ACRES if you encounter wildlife in need of help

It looks like the python was trying to sneak in a last meal at the kopitiam before the tightened Covid-19 restrictions kicked in.

Jokes aside, it must have been a frightening experience for the stallholders who were unsure of what to do.

If you ever encounter any wildlife and are in need of help, you can reach out to the ACRES Wildlife Rescue hotline at 97837782.