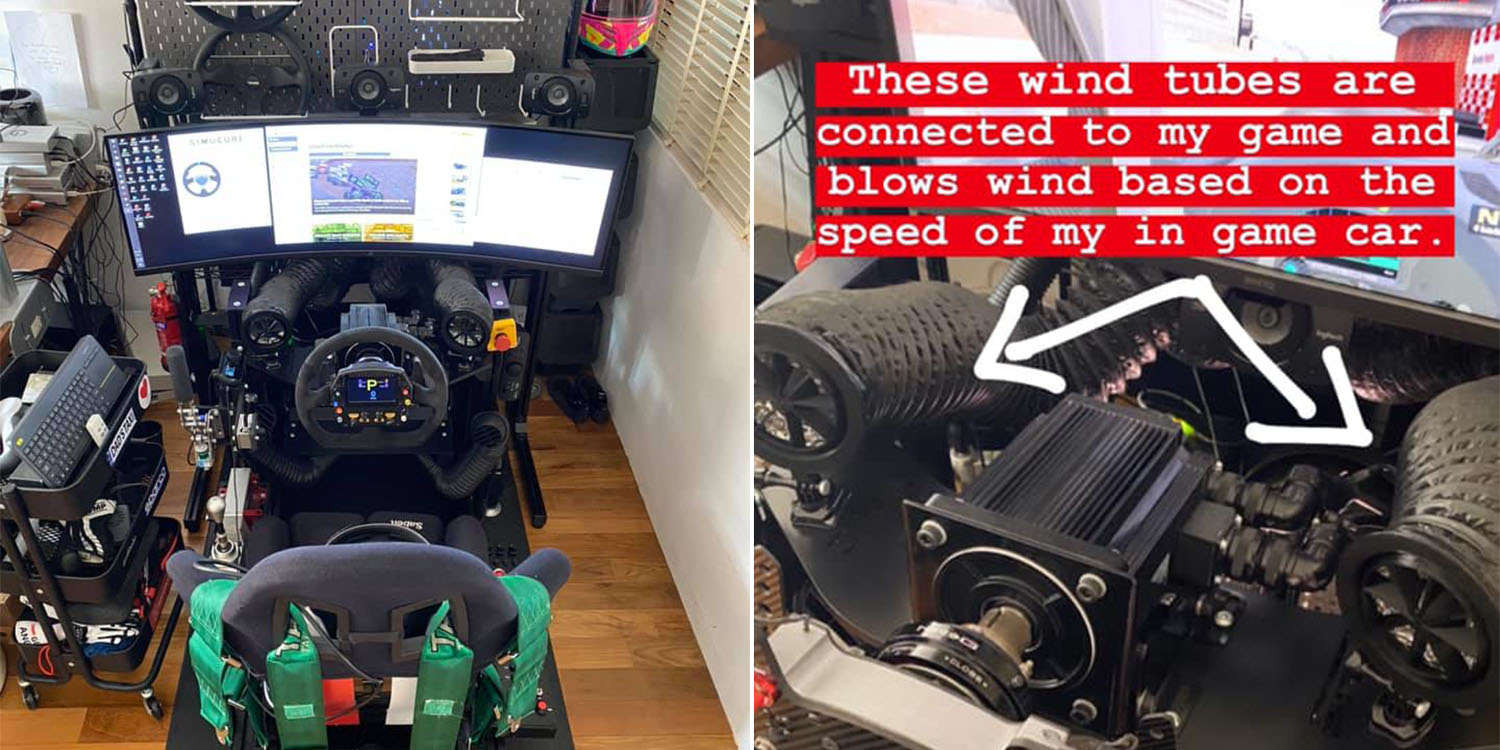 The ‘Circuit Breaker’ period this year was a time of much stress for many, as they were kept at home and recreational activities outdoors became outlawed. Through this, some have found solace in taking their hobbies indoors.

International advertising photographer Geoff Ang, 46, has derived much joy during the ‘Circuit Breaker’ from his custom-built racing simulator, which is about as close as one can get to being on the race tracks while at home. Sadly, Mr Ang now has to part with the set-up, built over 2 years to serve the self-described car nut’s passion for the race track.

He’s now looking for willing takers on Facebook — that is, if you have $30,000 to part with as well as a desire to truly immerse yourself in a high-end passion project. 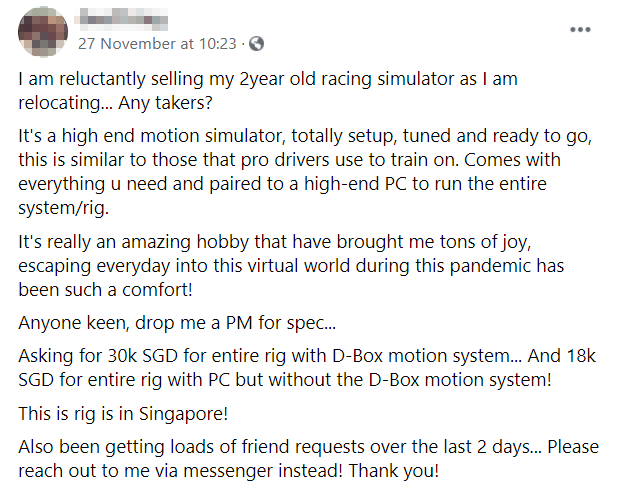 These days with esports, you can become a pro driver even working from home.

And it’s no ordinary racing simulator — it comes complete with a motion simulator and a VR headset for a fully immersive experience.

Read on to find out more about this wondrous machine.

Due to relocation, Mr Ang is now seeking a new owner for his racing simulator. After many enquiries from the curious and envious, he shared with us the nitty-gritty of the parts that went into the beast. 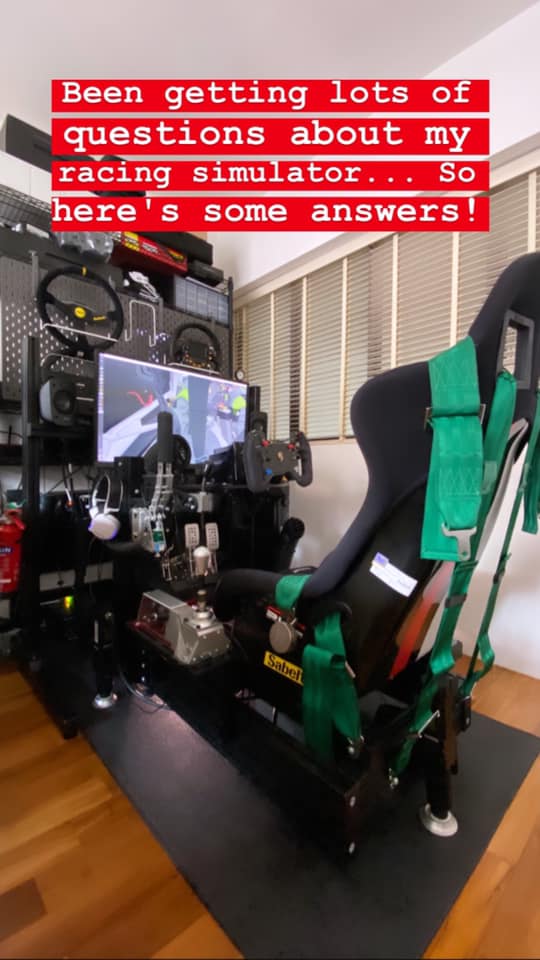 For example, there are brakes that imitate the force of a real racing car. 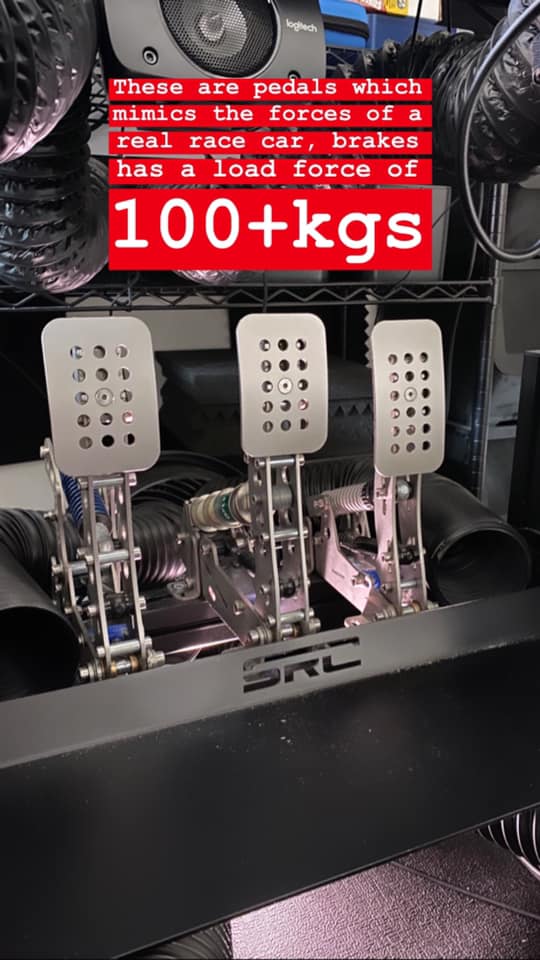 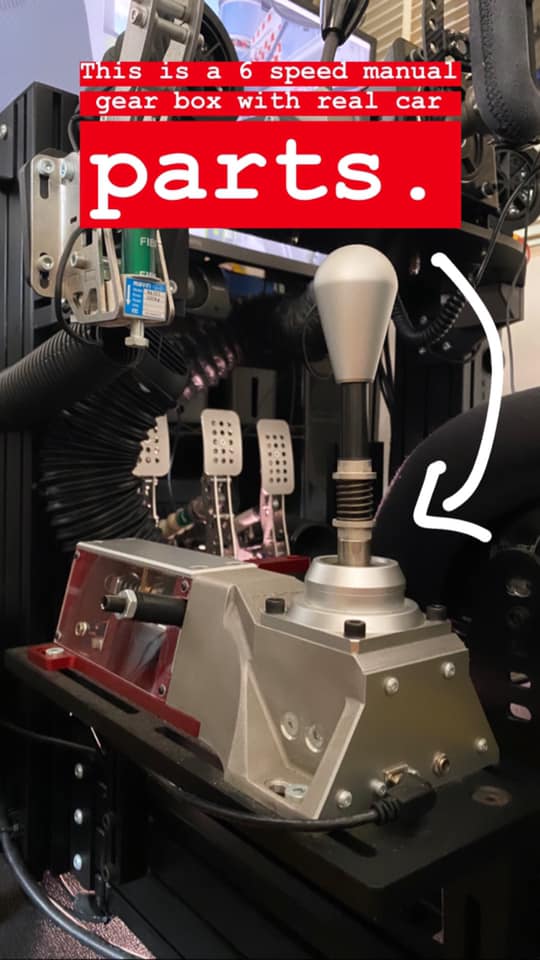 The simulator is suitable for several types of racing games — Mr Ang told MS News that he plays and enjoys the following games, which he competes in online:

The attention to detail Mr Ang pays to his gaming experience is such that he owns different wheels depending on the game. 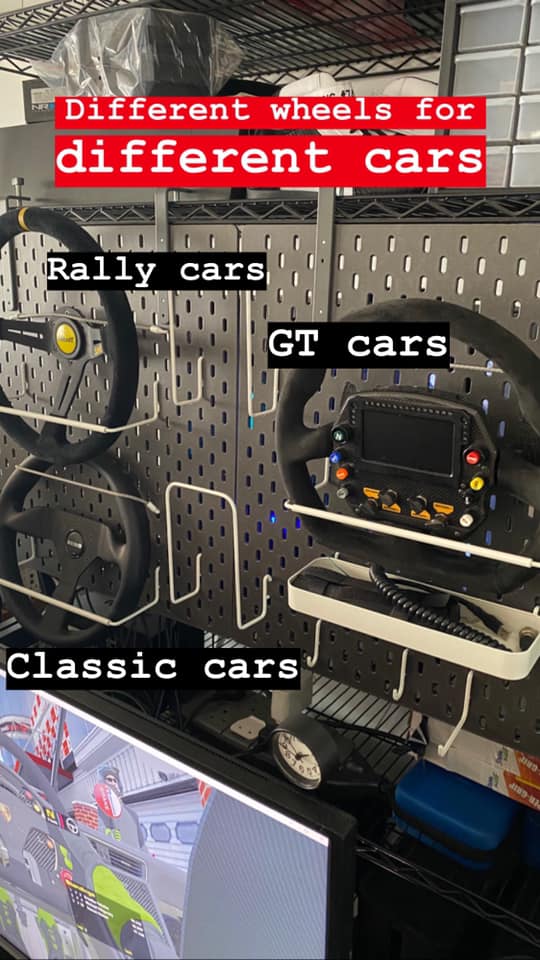 The rush of feeling the wind on your face as you speed through the streets – hopefully not Singapore’s – is perhaps one that’s unmatched when drivers talk about their experience.

Keeping this in mind, Mr Ang fitted wind tubes into the set-up, which will blow wind based on how fast he’s driving in-game. 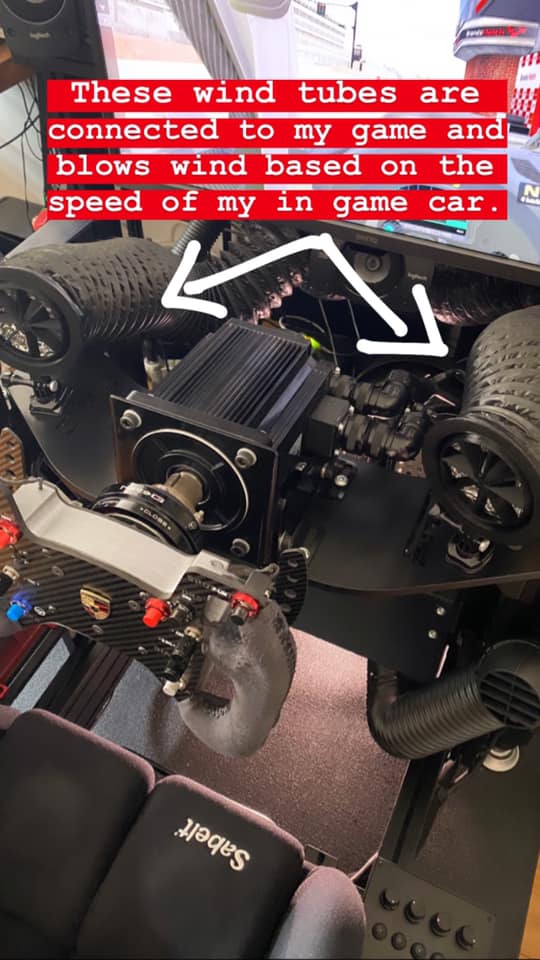 We can only imagine how feeling the wind in your face at an excess of 200km/h feels indoors — unless you get the set-up, of course.

And all of this is supported by a high-end PC with the latest technology. Note that you’ll probably need a good fibre broadband internet connection to compete online.

Mr Ang also shared the process of how he built the set-up since 2018. 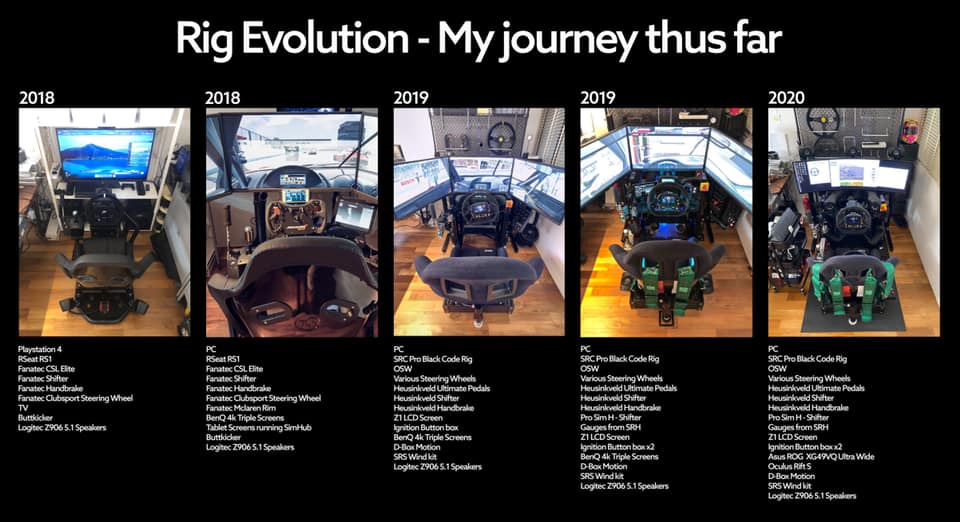 Although he began as a console racer with a single TV, he soon switched to a high-end PC — and with that, the rest of the parts began to get more elaborate.

This finally culminated with a D-Box motion simulator, 3 screens, a set of Oculus Rift 5 VR goggles, and racing tools that even pro drivers might envy. Needless to say, the cost of these parts runs into 5 digits, but while you’d expect his loved ones to balk, Mr Ang shares that his wife is very supportive of his passion as it helps him to destress from his day job as a photographer.

And if you’re still sceptical about the cost, he claims racing on the simulator brings him into a meditative state — his focus is on the tracks and nothing else.

There’s also none of the risks that come with racing in a real car – part of the reason for the set-up – and all of the thrill you’d get with one. Certainly, one can’t find many opportunities locally to really rev the engines and speed away.

The simulator will truly be missed by Mr Ang.

If you spent your youth at the arcade running in the 90s and want to relive that experience putting the pedal to the metal from the comfort of your home, you can contact Mr Ang on Facebook Messenger.

And even if you’re just window-shopping, he encourages everyone to be passionate in whatever they do. Make your dreams a (virtual) reality today.