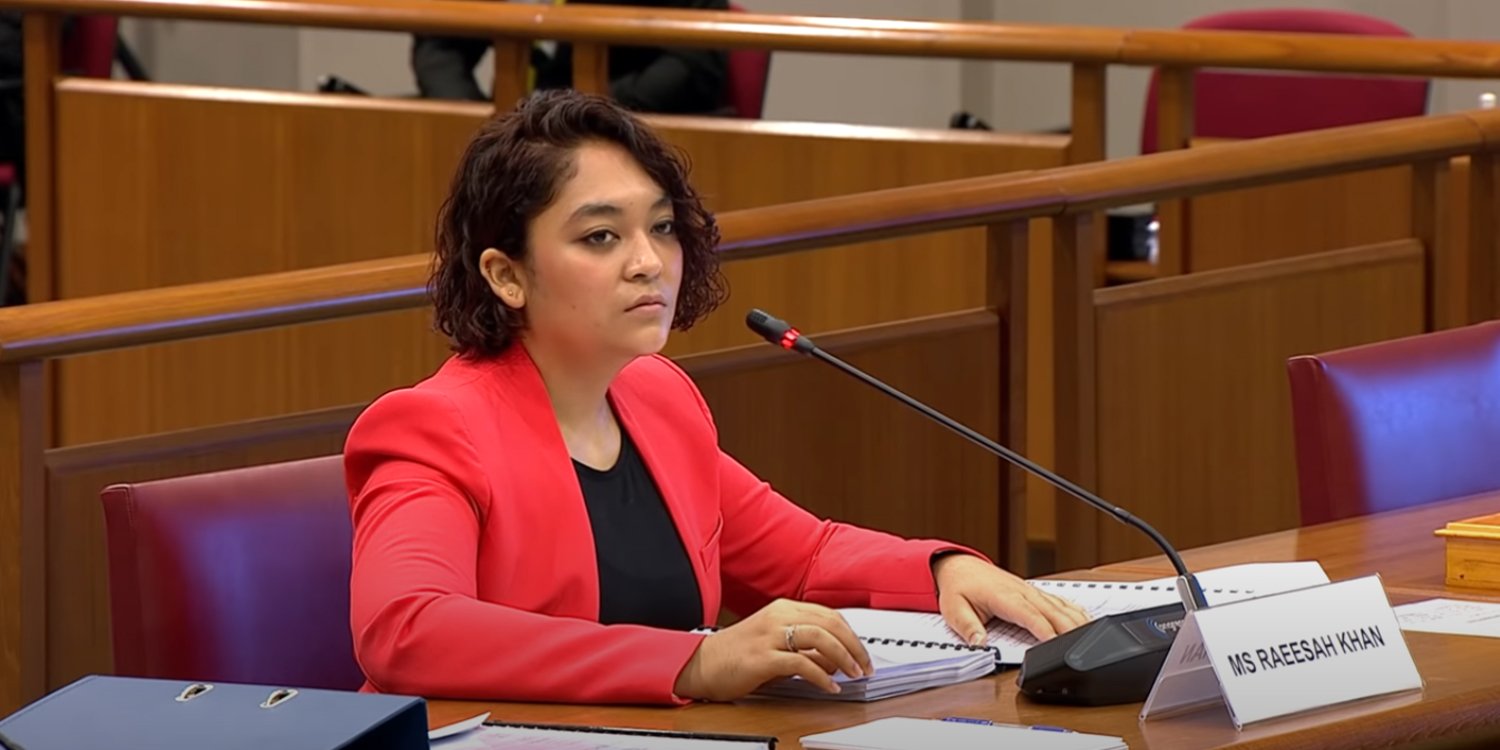 Ms Khan said it wasn't a phrase she would normally use.

One of the key points of contention throughout the recent Committee of Privileges (COP) hearings was Mr Pritam Singh’s alleged instruction for Ms Raeesah Khan to bring her parliamentary lie “to the grave”.

While Ms Khan insisted that was the case, Mr Singh denied the allegation, calling it a “bare lie”.

During the latest COP hearing on Wednesday (22 Nov), Ms Khan maintained that the WP chief had used the words “take it to the grave” concerning the lie she told in Parliament.

Further reinforcing her stance, Ms Khan also said the phrase was not one that she would typically use.

Appearing before the COP on 22 Dec, the former Sengkang MP repeated that Mr Singh had told her to “take it to the grave” with regard to the false anecdote she gave in Parliament.

The instruction was apparently given during a meeting with WP leaders, Mr Pritam Singh, Ms Sylvia Lim and Mr Faisal Manap on 8 Aug — 5 days after the lie was heard in Parliament.

Ms Khan, sporting a shorter haircut, also said the phrase was one she would not “ordinarily use” and said it “did not come from (me)”.

The former Sengkang MP added that there was no discussion during the meeting on whether she should share information about the sexual assault with her father and family. In contrast, Mr Singh had said this conversation happened during his hearing.

On 2 Dec, Ms Khan told the COP that the WP leaders had instructed her during the 8 Aug meeting, to “retain the narrative” and that there was no need to tell the truth if the party could “get away with it”.

After the meeting, Ms Khan sent a text message to 2 aides, claiming that the WP leaders had told her to “take the information to the grave”.

However, the 3 WP leaders refuted Ms Khan’s account, claiming that they did not ask her to lie.

Mr Singh, in particular, went as far as to call it a “complete, utter fabrication” and a “bare lie”.

Accuses WP leaders of trying to discredit her

Concerning the discussion of her mental state, Ms Khan disputed claims by Mr Singh and Ms Lim that she could be suffering from “disassociation” due to her past trauma.

She stressed that it was “extremely out of line” to use mental illness as a way to discredit someone.

Mr Singh is trying to paint this picture of me as being emotionally or mentally unstable.

Saga is clearly not over

With the parties involved giving directly contradicting statements, it’s safe to say that this saga is far from being over.

Nonetheless, we hope the COP gets to the bottom of this to accurately assess Ms Khan and the Workers’ Party’s level of accountability and culpability with regard to the false anecdote.

Who do you think is telling the truth? Share your thoughts in the comments below.