Waves of rainwater were being blown sideways by the strong wind.

Anybody who was out and about in Singapore on Saturday (23 Apr) afternoon would’ve experienced heavy April showers.

Those in the West, however, faced particularly heavy rain.

In Jurong East, the rain came down so hard that some felt like a typhoon had descended. 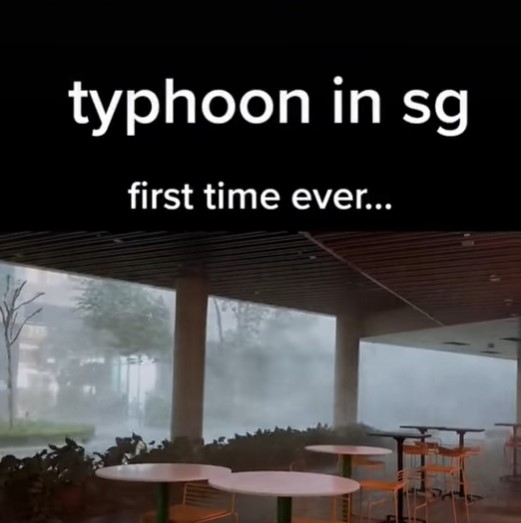 The downpour also caused the temperature to dip, with Pasir Panjang registering a low of 22.4°C.

Rain falls sideways due to the wind

The full force of the rain on Saturday afternoon was recorded in a TikTok video.

It showed what looked like waves of rainwater being blown sideways by the strong wind.

The gusts caused vegetation to shake violently and a leaf to blow off.

From the surroundings, the location appeared to be the area between JEM and Westgate malls in Jurong East. 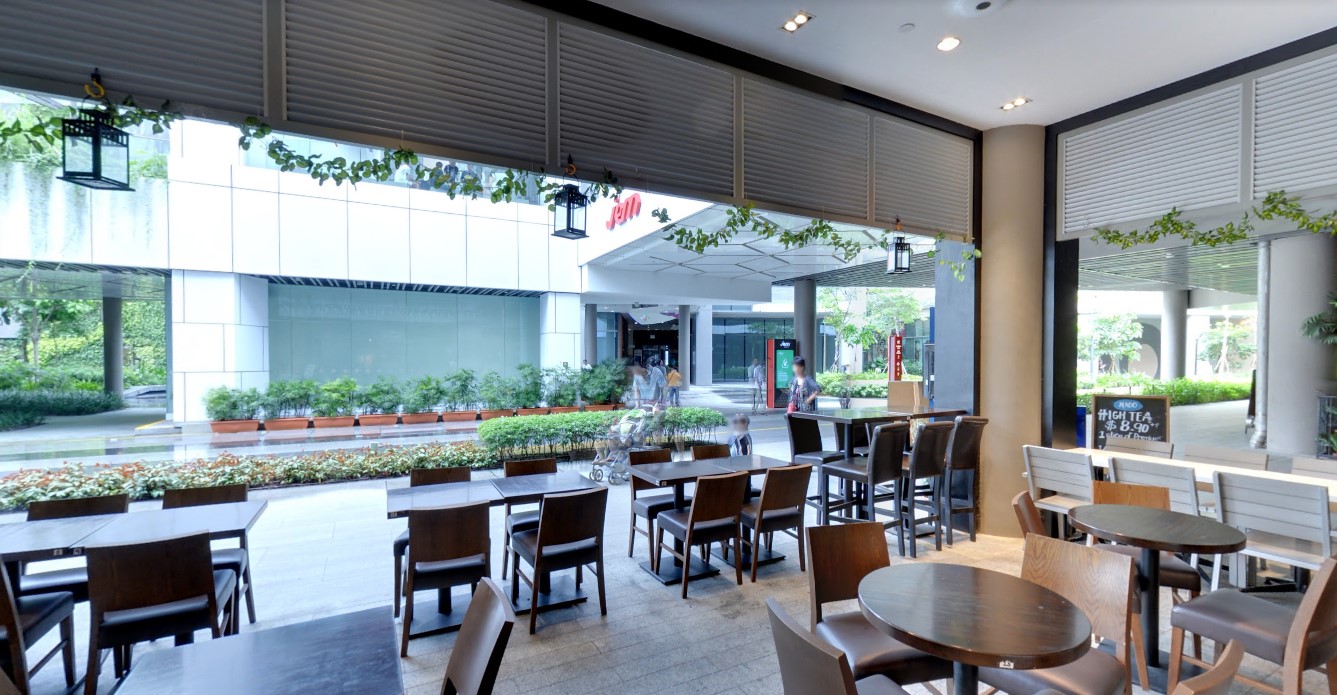 The deluge prompted the OP of the video to state that there was a “typhoon” in Singapore for the first time ever.

Indeed, a child’s voice can be heard screaming “typhoon” as he witnessed the scene.

A woman can also be seen cowering as she crossed under the shelter between the malls. 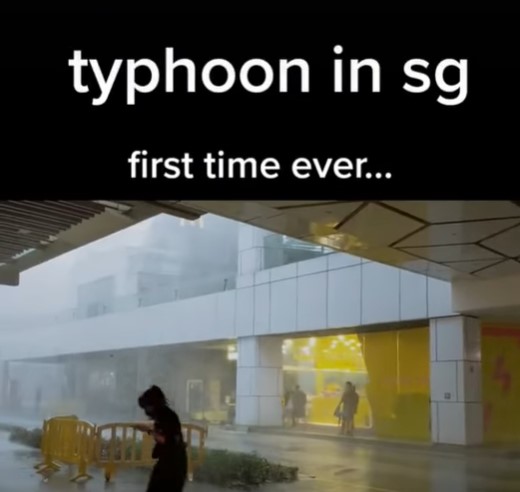 Unfortunately, we don’t think the shelter would’ve done any good. Given the sideways rain, she probably got drenched anyway.

Other people can be seen in the background standing and staring at the rain, not daring to move out.

The Jurong West rain station – the nearest to the malls – recorded 14.6mm of rain from 2 to 3pm, according to the Meteorological Service Singapore (MSS). 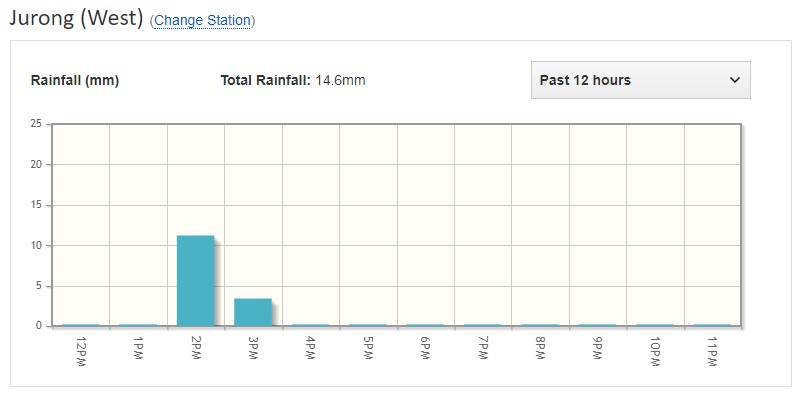 Over in nearby Bukit Batok, the rain was no less heavy at 2.44pm, said a netizen who posted in the CloudSpotting & SkySpotting Singapore Facebook group. In fact, as the OP tried to take a video of the “super thunderstorm”, he ended up catching the moment when he was startled by a flash of lightning that came too close for comfort.

He was so scared that he broke out into a run.

The likelihood of rain and lightning on Saturday afternoon was foretold by water agency PUB, which warned about it on Twitter.

According to timeanddate.com, Singapore saw a quick spell of thunderstorms around 3pm on Saturday, with wind speeds going as high as 19km/h.

The spell of intense rain in the afternoon may also have caused sweater weather to make a brief comeback in the West.

The area also saw a sudden spike in rainfall from 1 to 2pm, recording about 28.6mm in total during this period.

In nearby Kent Ridge, a whopping 48.8mm of rain fell in these hours — capping a wet afternoon in the West.

Perfect weather to stay at home

It’s quite unlikely that Singapore experienced a typhoon on Saturday because such a weather system rarely forms in the equatorial region.

However, the strong winds and intense rain seen at Jurong East did manage to scare some into thinking it was a typhoon.

When faced with such weather, even an umbrella isn’t of any use — we’d do better to check the forecast next time and just stay snug at home.

That’s especially for the folks in Pasir Panjang, who experienced the perfect climate for an afternoon nap.