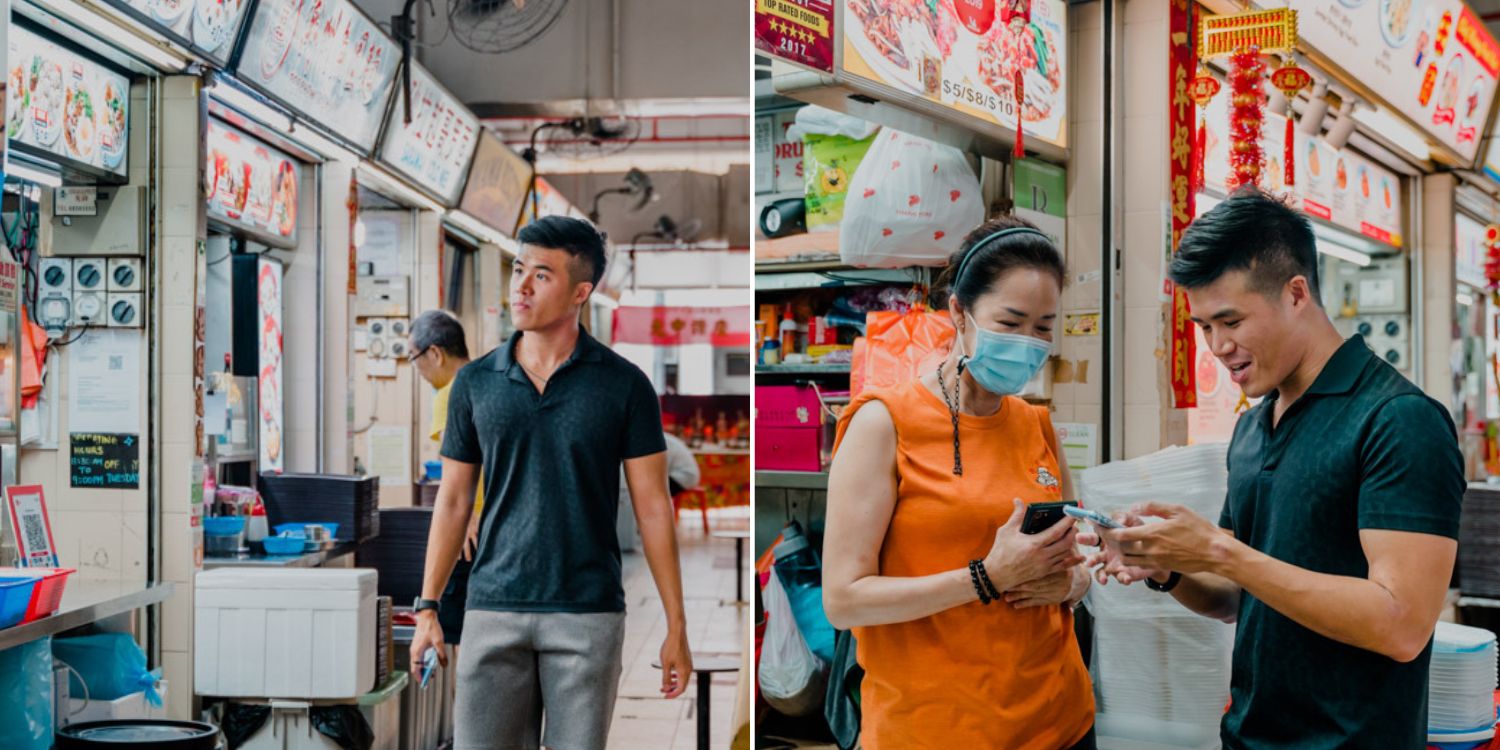 The dedication is real.

What do you think of when you see a bowl of porridge or a bunch of youtiao? Sustenance, simple bites, and perhaps the shiok feeling of savouring them?

Raphael Hugh envisions a story instead — the sweat of the hawkers’ brows at dawn, and the smiles upon their wrinkly faces at the end of a long day.

As a proud Eastie, the 25-year-old heartland boy loves Singapore’s hawker heroes so much that he’s willing to spend time with them – from as early as 2am, mind you – so that he can capture their dedication to perfecting their craft on camera. MS News sat down and had a chat with him to find out what drives him to create content surrounding Singapore’s quintessential hard workers — even if it means sacrificing precious hours of sleep.

So you can imagine how he feels about hawker centres, where he’s been spending a lot more time than usual.

Having graduated recently from Yale-NUS College, Raphael is now on a four-month break before flying off to London to pursue a master’s degree in September.

Before he leaves, he wants to tell meaningful stories about “genuine people who make genuinely good food”. And, being a Gen Z in the age of TikTok, what better way to do this than to pick up video-editing skills to achieve his goal? 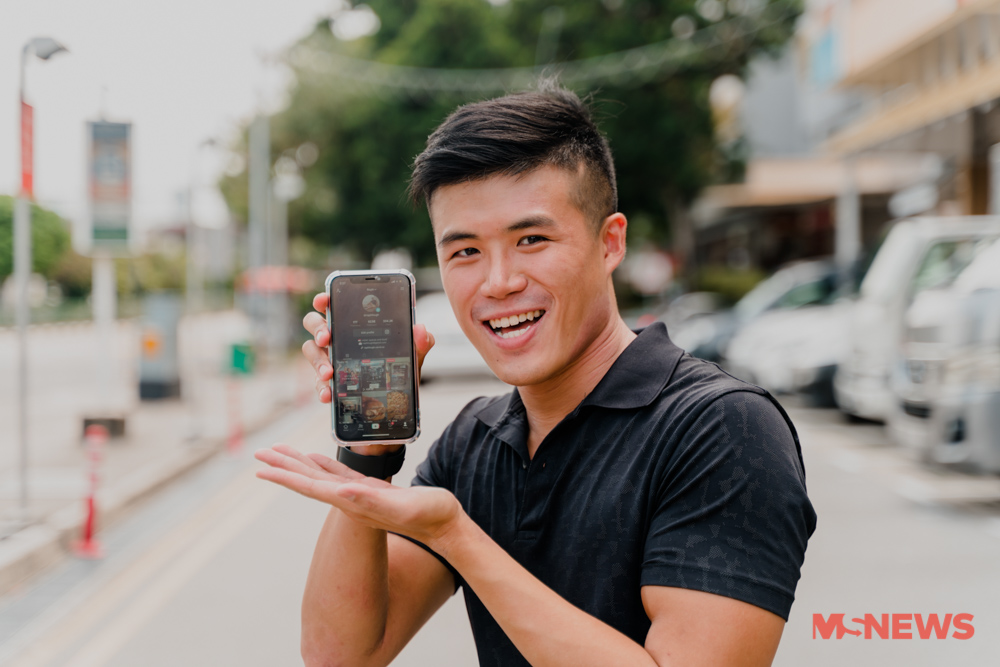 “Not many people would know the amount of effort hawkers put into preparing their food,” he said.

“If I didn’t strike up a conversation with them, I wouldn’t have known that they start doing their prep work at 2am or 3am either.” He couldn’t hide his amazement when saying this. “It’s incredible.”

Raphael recalled how his passion project started when he chanced upon the Hwa Chong Sliced Fish Noodles stall at 216 Bedok North Street 1 sometime in June.

As a Hwa Chong boy who watched his favourite hawker auntie move out of his alma mater, he had sparkles in his eyes when he saw her again.

Even though the hawker had fed many generations of Hwa Chong students, she could still recall taking his order in school once he recited it perfectly according to how the menu items were once numbered.

“She opened up to me immediately when she realised we had that prior connection.”

This instantly made chatting with his favourite sliced fish noodle auntie more smooth-sailing, especially when he asked if he could take photos of her stall.

“At first, she told me to come in the afternoon when it would be less busy, but I told her I wanted to be there when she did her prep work.

“She was surprised because I was essentially telling her I wanted to be present at 5am,” he said. “And I was totally okay with that.”

Armed with his trusty iPhone XR, Raphael turned up the next day at 5.30am and found out that the auntie and her husband had been there an hour earlier. 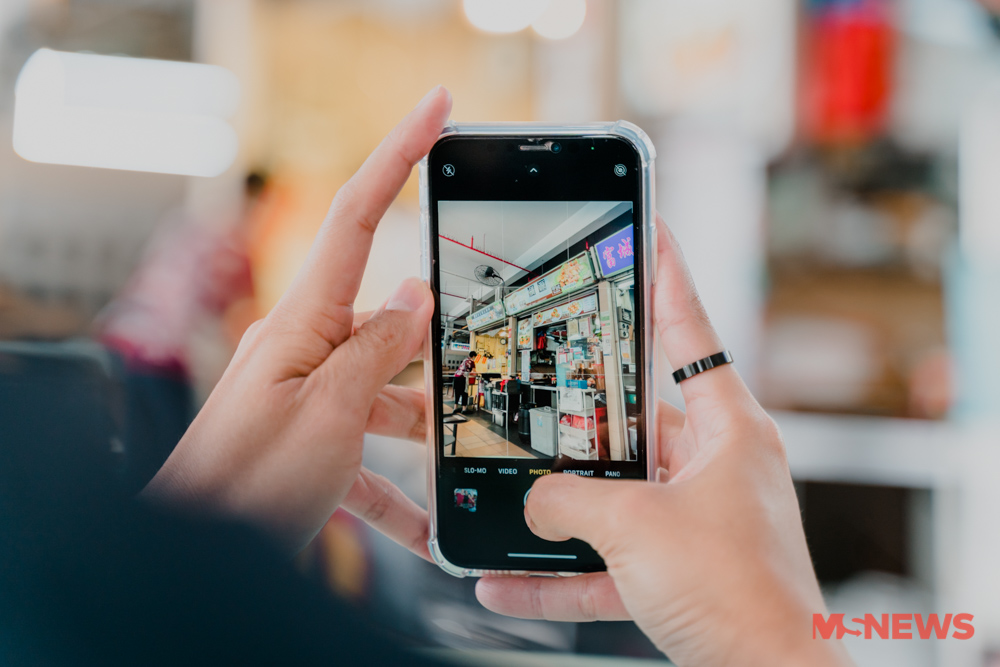 “First thing the auntie did was get kopi for me. Then, she introduced me to all her hawker friends, allowing me to showcase more hawkers on my TikTok,” he said.

Unfazed by hawkers’ early hours as he’s a morning person

All that running about in the wee hours of the morning had us wondering whether Raphael felt fatigued by sacrificing his sleep to document the ‘Secret Life of Hawkers’ series. He shrugged it off, saying that while he did feel sleepy at the start, all it took was a cup of kopi C kosong peng to invigorate him.

“And also the good vibes and positive energy from the hawkers,” he mused. “They really do rub off on me, and it’s enough to keep me going.”

It helps that Raphael is a morning person. Even on supposedly chill days, he would be up at 8am to hit the gym.

When he’s not filming the hawkers, he spends most of his free time shooting and editing his own cooking videos or catching up with friends.

I’m happy with an early morning routine. It’s not difficult for me because it’s all for the sake of capturing someone’s story. Sometimes, the stories you get in return are mindblowing — they’re priceless.

Given the significant age gap, one might wonder whether it’s daunting to engage in a little tête-à-tête with busy uncles and aunties, most of whom are much more comfortable conversing in Mandarin. Being a people person, Raphael said it was a walk in the park. “The key is to be genuine,” he shared.

“Many hawkers are used to thinking that people won’t be interested in their prep work. When I asked if I could come down and film them, they immediately knew that I was genuinely interested and became more open to talking.”

Some of the hawkers were even nice enough to share some of their recipe secrets with him.

For example: “I learnt that perfuming the oil with garlic, onion, and lemongrass makes a huge difference in taste. Most people would do it only with garlic.”

As an Urban Studies major, he’s a big fan of mama shops too, as they were the curtain-raiser to the visual projects he’s carried out so far in capturing the understated beauty of Singaporean life.

In his quest to complete a 10,000-word paper for his final year project earlier this year, he studied the significance of these iconic shops in HDB estates via a photography-based methodology.

A core memory of Raphael’s was buying Pink Dolphin drinks from a mama shop in Bedok North that he used to pass by every day before going to his university classes.

So, when it came to picking the appropriate place for his study, it had to be Hoh West Mama Shop. A picture of shopowner Uncle Lim, taken by Raphael
Source: Raph on Facebook

At the same, he also felt it was an opportune moment to start experimenting with TikTok for fun.

Once he got the footage, he uploaded the stitched video to TikTok, titling it ‘The Secret Life of Mama Shop Owners’.

“I was amazed by the traction. I remember I started seeing a lot of likes and comments just three hours after uploading it.”

He repeated the process and uploaded a second video, this time of Abdul Jaleel Mama Shop in Bedok South. The engagement was equally heartening.

hanging out at the mama shop after school is a singaporean rite of passage, fite me 😤 tiktoksg

This sparked an epiphany.

People tend to overlook the minute details as they’re busy with their lives. But once you capture it in an aesthetically pleasing manner, they will start to realise there’s beauty in nostalgia.

Appreciate the little joys in life

Raphael’s favourite city in the world will always be Singapore, as his experiences of growing up here and appreciating the hawker culture define a big part of his personality.

Even though he’s currently stressed out about packing for London, he looks forward to discovering the Singaporean food sold there.

Moving to a different city won’t be the end of his TikTok content creation journey. “I plan to find Singaporean restaurant owners there and speak to them, learn their stories.”

And to fellow Singaporeans who get to stay in the Lion City every day, he has this to say:

Appreciate the little joys and the food you eat every day. Your life is more interesting than you think.

Know more inspiring individuals like Raphael? Get in touch with us via email at news@mustsharenews.com.