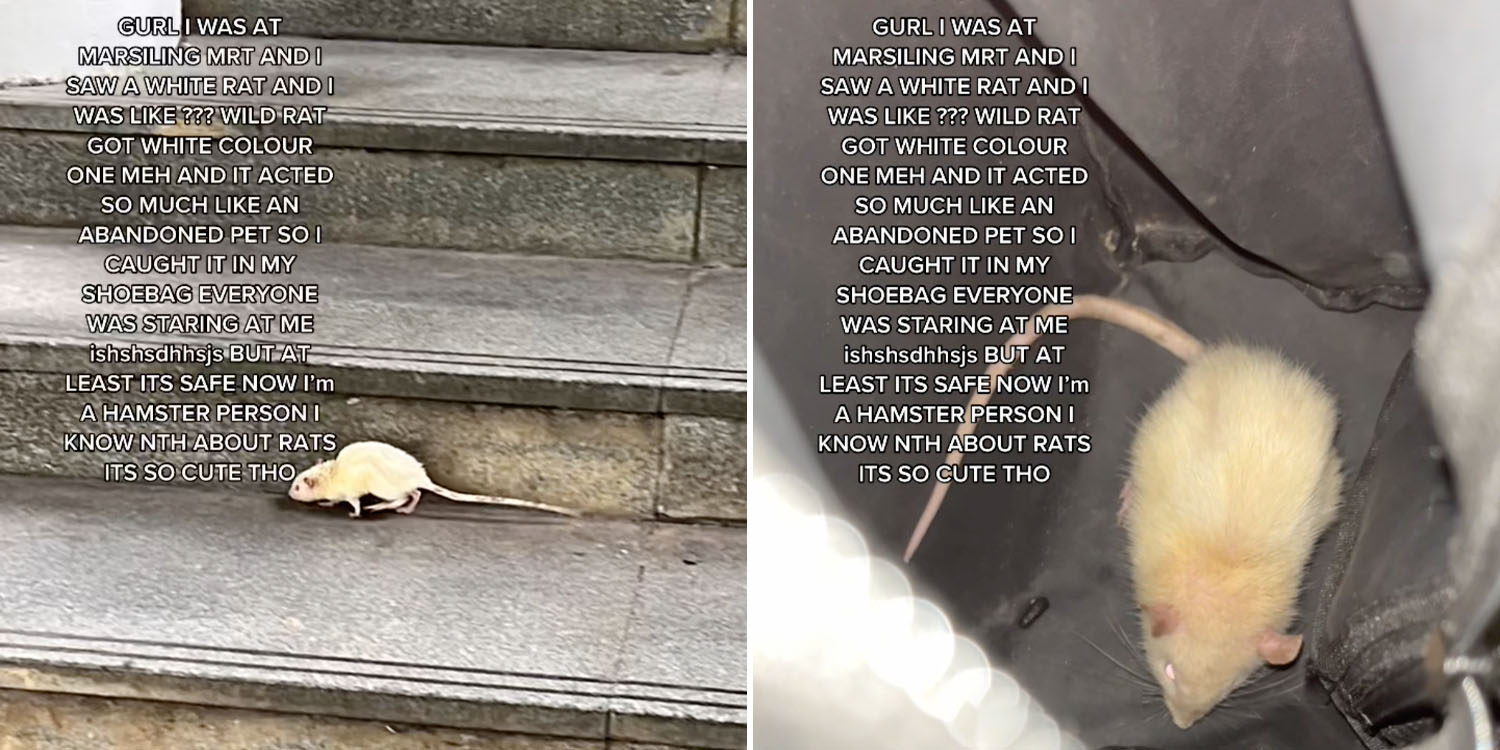 The vet said it was a domesticated rat.

While Singapore is known for being a clean and green city, it’s not uncommon to see rats scurrying around every now and then.

But when one TikToker came across a rat at Marsiling MRT, she noticed that it didn’t seem like a typical street rodent.

In case you don’t know: there are rats called fancy rats which are domesticated and CANNOT survive in the wild! #hamster #fancyrat #sgtiktok

As a hamster owner herself, she deduced that the white rat could be an abandoned pet.

She then caught it in her shoe bag and brought it to the vet, where it was determined that the rat was, in fact, a domesticated species.

Thanks to kind strangers, the rat is now doing well and being cared for.

On Monday (20 Jun), the TikToker was at Marsiling MRT when she came across a white rat. 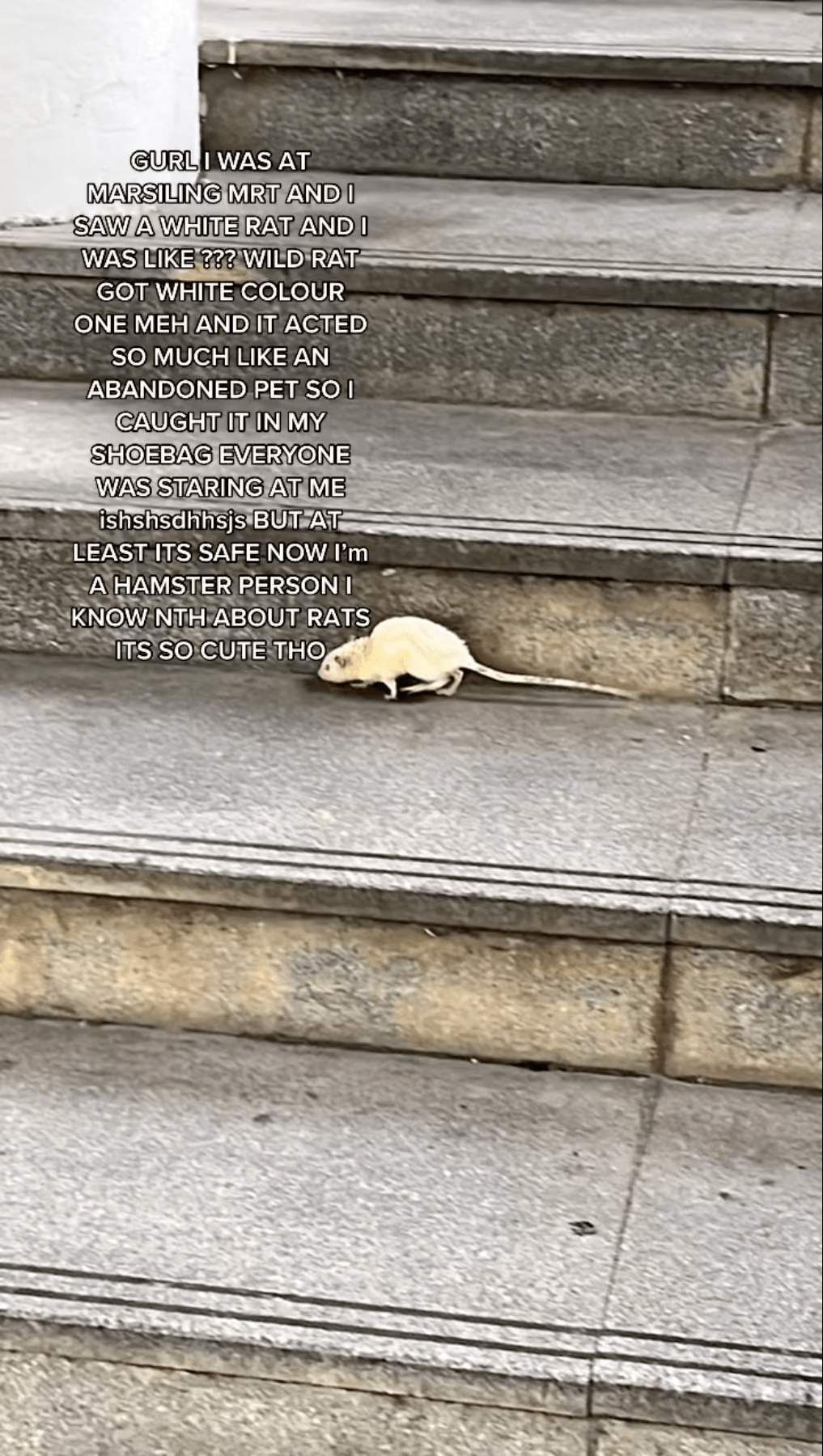 In a TikTok video, she explained that she was afraid of rats like any other average person. But as a hamster lover, it piqued her curiosity, so she observed the rat for a moment.

She shared that while wild rats usually run away from people, this rat was unfazed by human presence, bravely exploring the area.

Her instincts led her to believe that it was an abandoned pet.

Rat was underweight & had cuts

Following her gut feeling, she decided to catch the rat using her shoe bag. 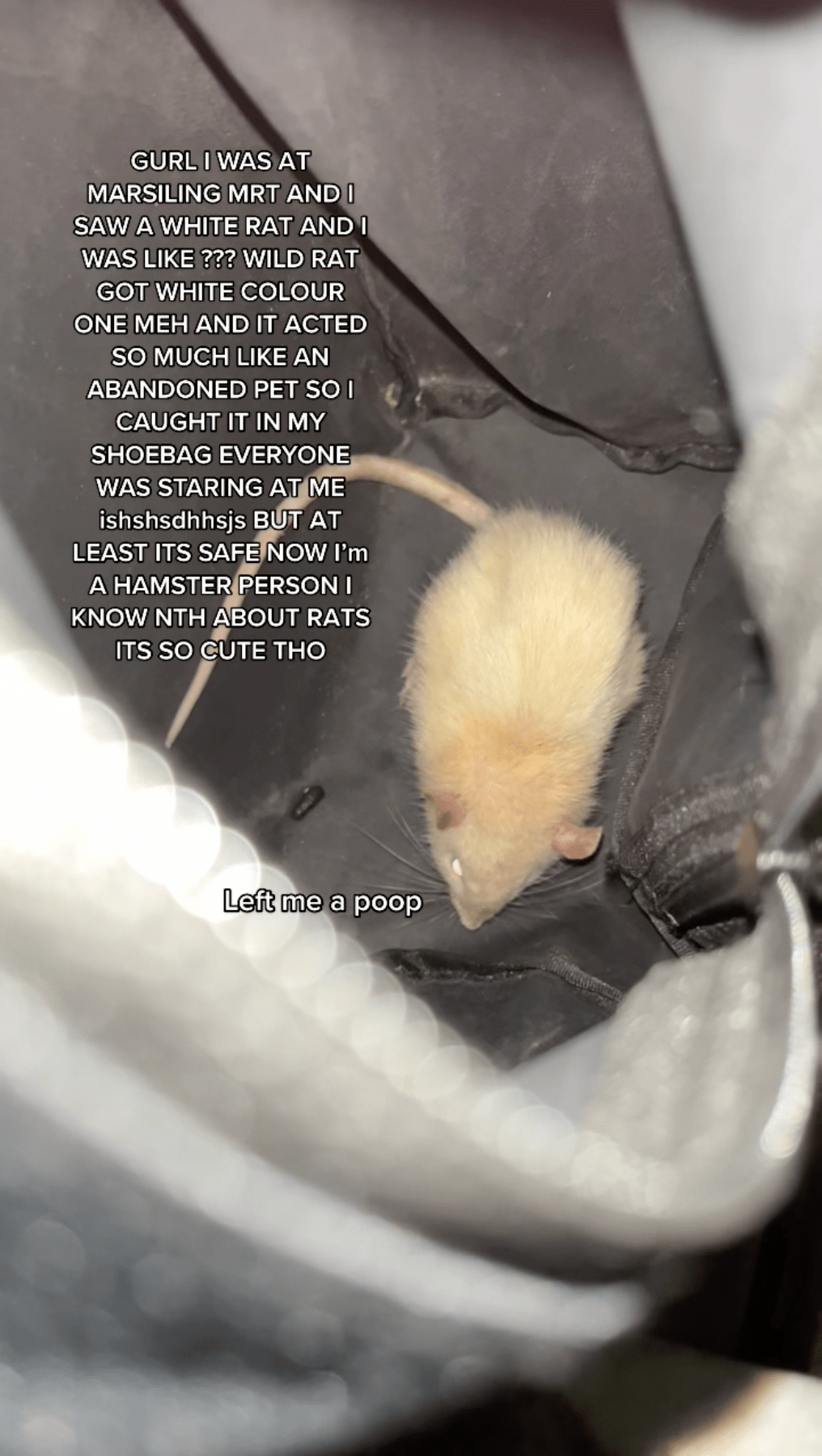 When asked, she said she was aware it might be a carrier of viruses, so she took extra care when trying not to touch it. 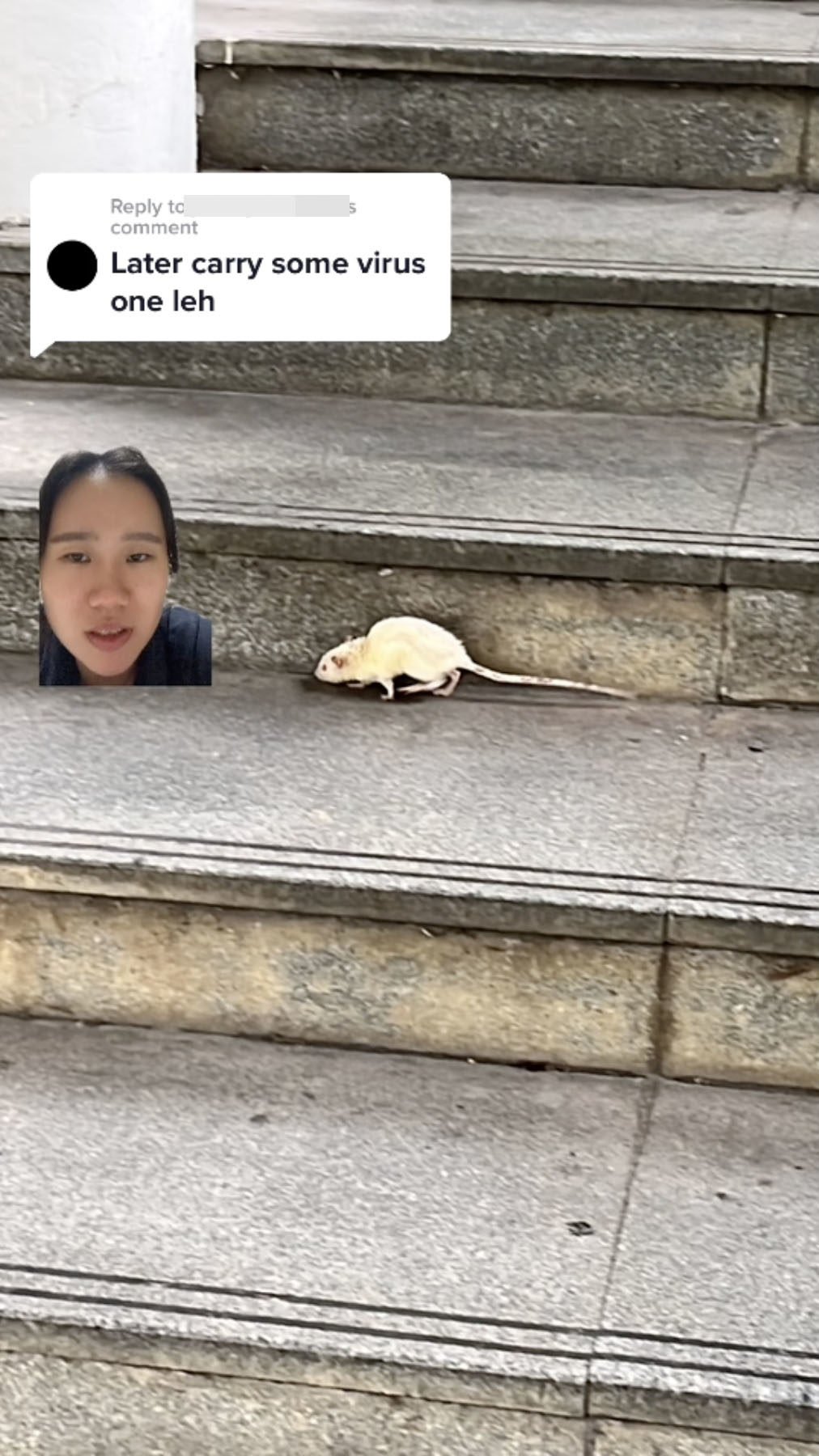 Hilariously, she said many people were staring at her as she did so. But the effort was well worth the trouble as she shared that the rat was now safe.

In a later update, the OP said volunteers brought her to the vet, who confirmed her suspicions that it was domesticated.

The rat was found to be underweight and had some cuts. But it is now recovering well.

Rat is now being cared for

In her video caption, the TikToker explained that there are rats called ‘fancy rats’, a term used to describe domesticated rats that cannot survive in the wild.

While it is unclear what happened to the rat after the vet visit, the TikToker mentioned that it is now being cared for.

She even shared that her friends think the rat should be named “Socks”.

Besides that, she said the rat might be up for adoption in the future.

Applaud TikToker for her efforts

What an adventure it must have been, as a chance encounter with a rat turned into a wholesome story worth sharing.

We certainly applaud the TikToker for going the extra mile to ensure the rat’s safety.

Hopefully, the rat is recuperating well and will soon find a new furever home.