Update (2 Jan, 5.35pm): Berita Harian (BH) reported that Ms Nurdiana had found Rayyan unconscious in his room at around 10am yesterday (1 Jan).

Her cousin who spoke to BH said that they immediately called for an ambulance, which took him to the hospital. Rayyan unfortunately was pronounced dead upon arrival. The cause of his passing is still unclear.

You may recall the plight of a 1-year-old Singaporean with a rare spinal condition, in urgent need of money for treatment.

While baby Rayyan’s story and his mother’s relentless dedication garnered substantial contributions, time sadly wasn’t on their side.

The little one breathed his last just as we welcomed the New Year, putting all fundraising efforts to a halt.

Ever since Rayyan’s story gained public attention, posts on the ‘WISH for Rayyan’ social media pages had been picking up pace, as donations streamed in. The amount was still far from their target, but definitely a lot closer than when they started. Just when things were looking up, however, they were dealt with the most shocking blow.

On 1 Jan 2021, the family made a heartbreaking announcement on Facebook — baby Rayyan had passed away, and they were “stopping all fundraising activities with immediate effect.” 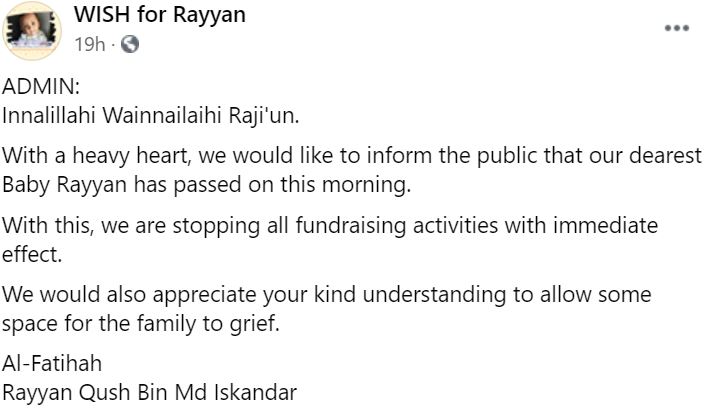 While the family sought space to grieve, those who had been following their journey closely offered condolences.

Besides the urgency of their situation, part of the reason why Rayyan’s plight gained so much publicity was because of the involvement of public figures in raising awareness. The online event drew a whopping $29,820, which contributed significantly to Rayyan’s medical account.

Not forgetting constant donations from strangers, which helped them reach various milestones within a short timespan.

Seemed well before his passing

Though the family didn’t disclose what exactly led to baby Rayyan’s passing, a prior update showed him still happy and smiling.

Little did everyone expect the video on 31 Dec 2020 to be the last they’d see of the spritely little fighter.

Tracing back earlier posts on the ‘WISH for Rayyan’ Facebook page, there were mentions of some worrying signs.

His mum, Ms Nurdiana, had noted his breathing to be “slowly deteriorating” from as far back as 7 Dec 2020. 2 days later, it apparently grew more serious, which prompted her to bring him to the hospital. 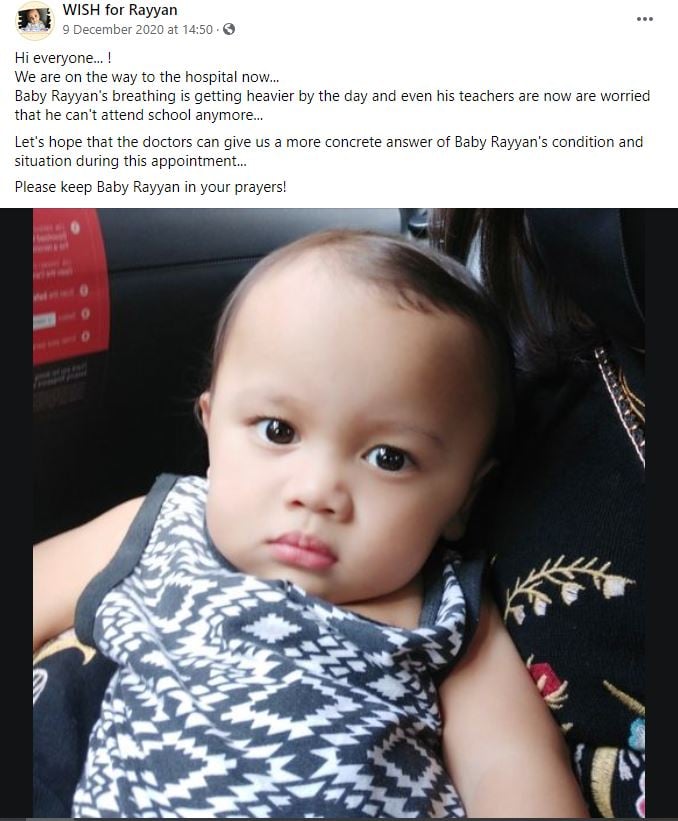 She was fortunately able to bring him home after doctors gave the green light, following a blood test and x-ray scan. How his situation developed thereafter is unclear.

An update on their Facebook page today (2 Jan) states that they’re awaiting further information from the hospital.

Thankful for donations towards treatment for spinal condition

From the unexpected discovery of her young child’s rare condition, to non-stop efforts in making his urgent treatment a reality, we admire Ms Nurdiana’s tireless dedication.

The journey has evidently been a challenging one, but she kept forging on, taking inspiration from her own little fighter. 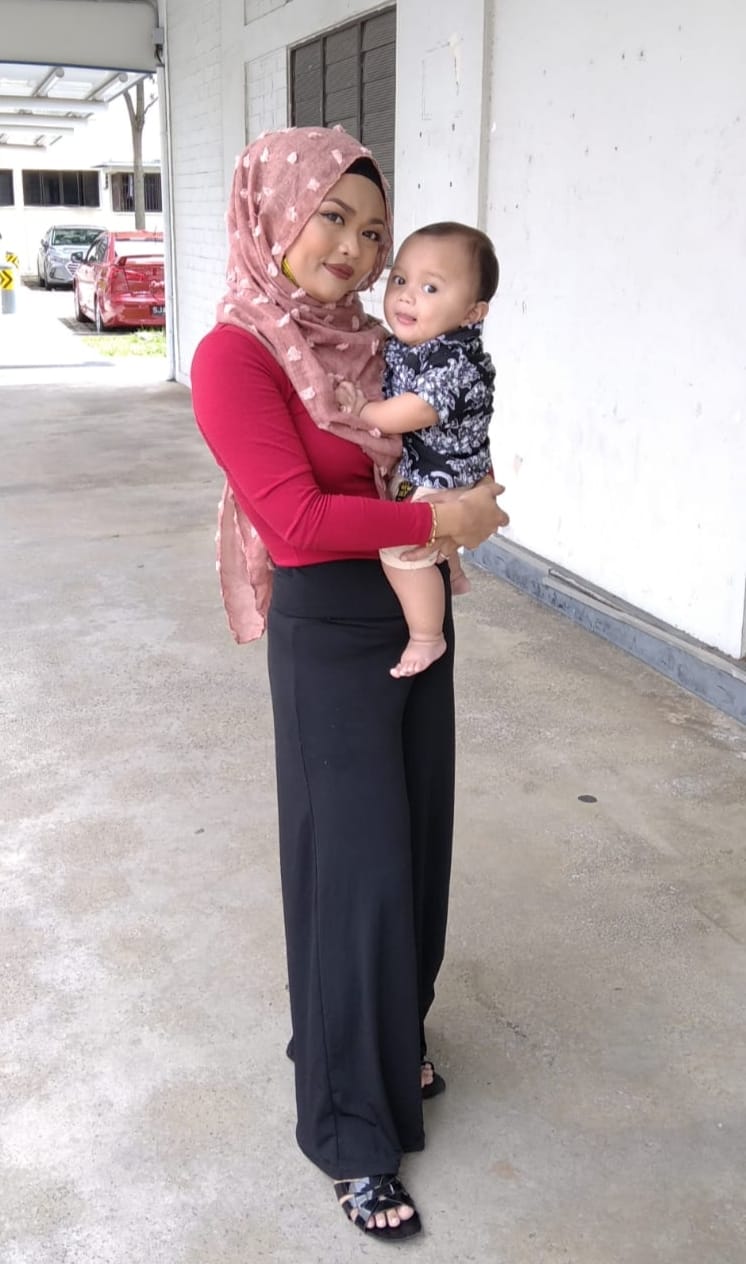 Despite everything, she always remembers to thank all the kind souls who have helped, and sends blessings their way.

We’re sure baby Rayyan is at peace, knowing that his mother has done all she can to help him lead a normal life.

MS News extends our sincere condolences to Ms Nurdiana and her family.