Must Share News – Independent News For Singaporeans
Home Lifestyle Renoma Underwear Will Give All The Huat You Need During Ban Luck... 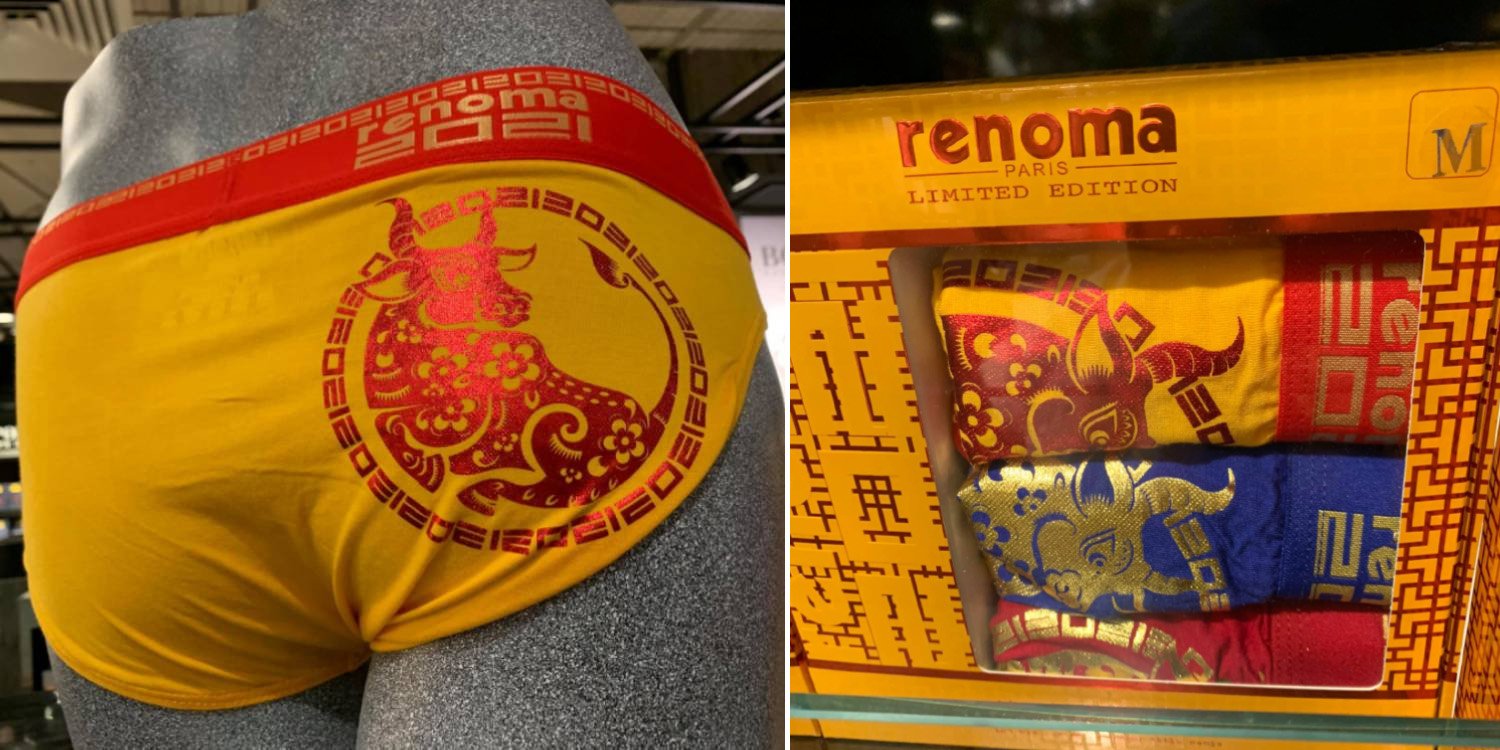 Wearing red on Chinese New Year is a common tradition among Singaporeans.

Some may also believe that wearing yellow and red underwear will bring them good luck, especially when they’re playing to win in mahjong and ban luck.

If you’re one of those people, you’d be pleased to know that popular French brand Renoma now sells festive underwear for you to amp up the huat factor. 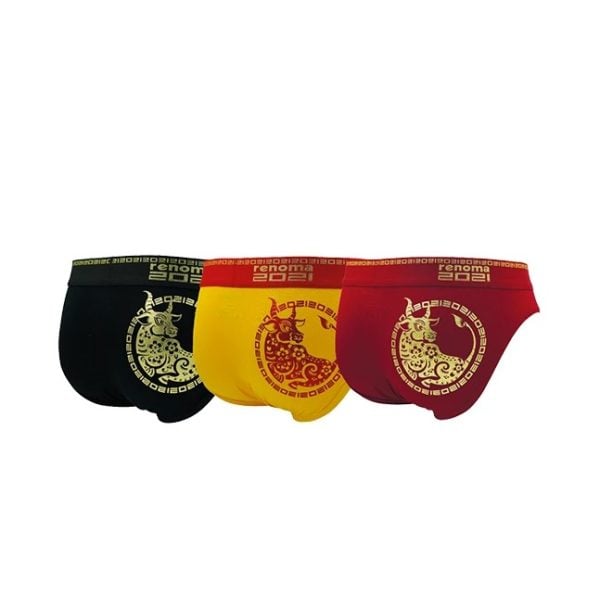 The 3-piece set comes in 3 colours — black, yellow, and red.

Most Chinese see red as the colour that symbolises luck, while yellow represents wealth.

Whether you believe it or not, you’ve got nothing to lose by trying to improve your luck with these undies.

To commemorate the Year of the Ox, the extra huat set of Renoma underwear – first spotted on Singapore Atrium Sale – features an emblem of a mighty-looking ox. 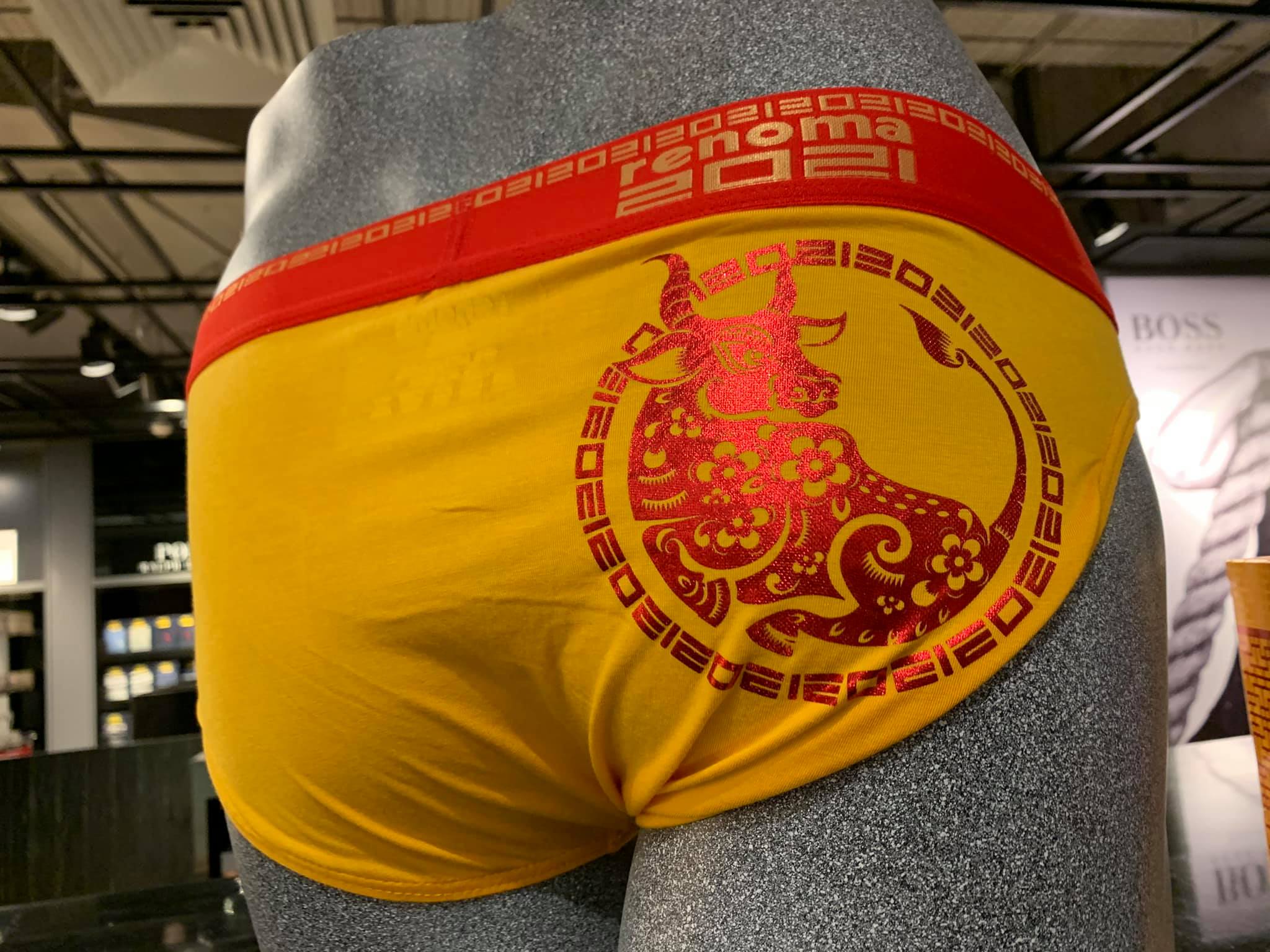 With gleaming embroidery on the right, wearing this pair of undies will perhaps propel you towards a right start the year. 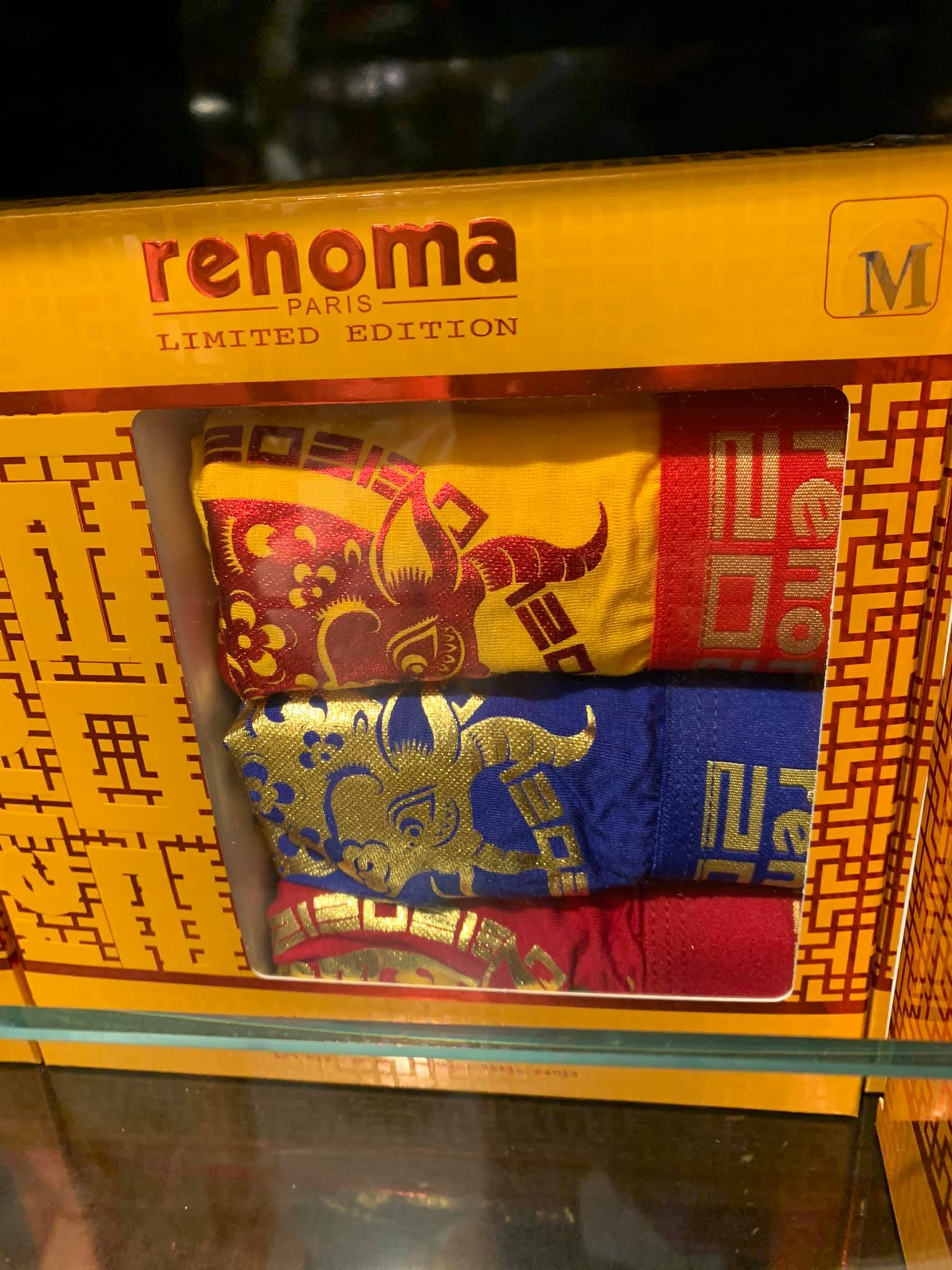 One set of 3 costs $22.90 each. Based on our research, it appears these lucky underwear are available at Tangs and OG.

Have a huat year ahead

Other than skills, you’ll definitely need a lot of luck when you’re trying to beat your friends during ban luck and mahjong sessions.

If you do end up hitting the jackpot, imagine how hilarious it will be when you reveal your secret.

So grab a set before the festivities next month, and may you have yourself a huat year ahead.