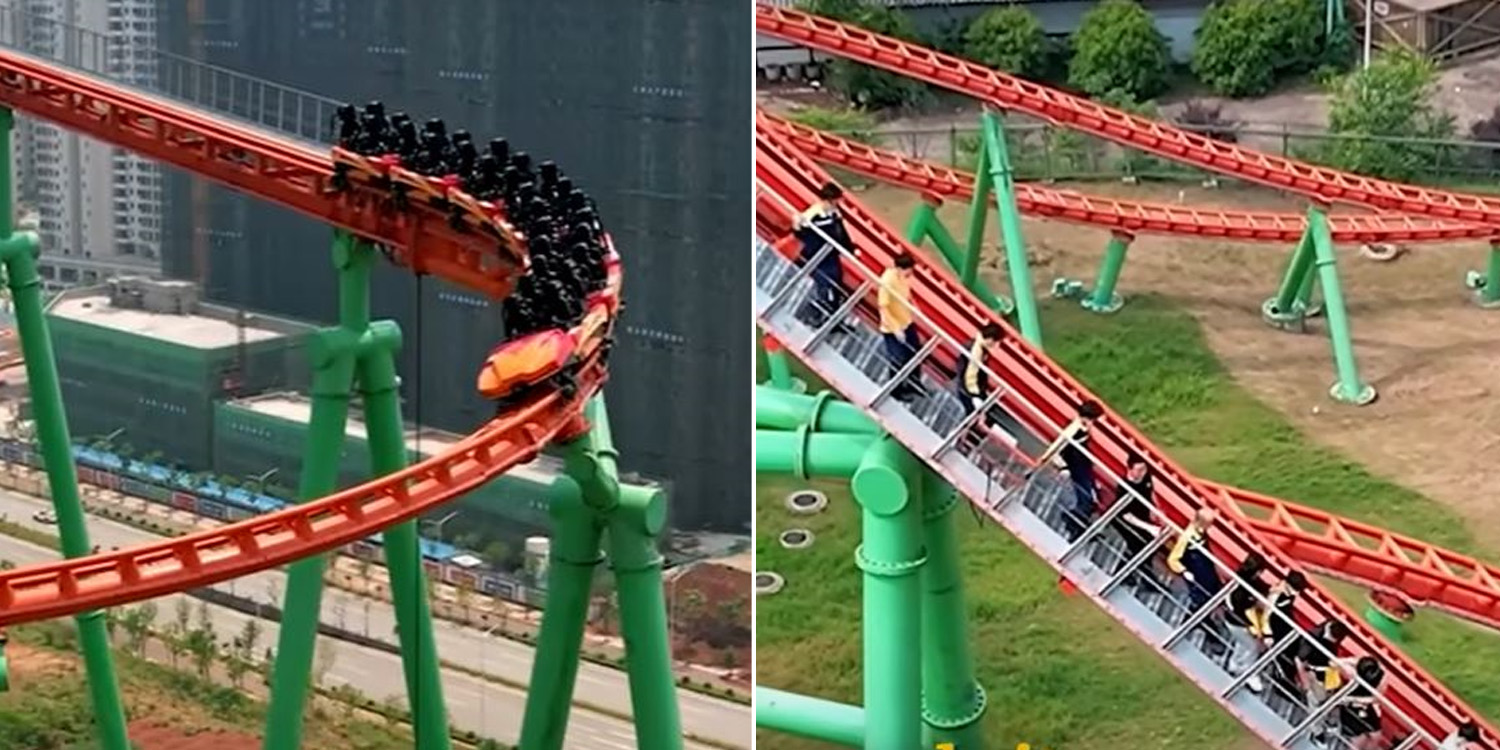 The passengers were reportedly stuck 77 metres in mid-air for 30 minutes.

Roller coasters are often one of the attractions we look forward to when visiting theme parks. Visitors love the thrill of the drop and the feeling of swooshing around in gravity-defying movements.

What if everything suddenly stopped during the ride?

Recently, a roller coaster in Nanchang in Jiangxi Province, China, stopped in its tracks nearly 80m in the air due to a malfunction.

Eighteen passengers were reportedly stranded mid-air in their seats for 30 minutes. Thankfully, they managed to disembark from their seats and reach solid ground after some time.

The passengers reportedly demanded compensation for their traumatic experience. The theme park refused and has begun investigating the incident.

According to a YouTube video posted by the South China Morning Post (SCMP), the incident occurred in Nanchang Sunac Land, an amusement park in Nanchang, China. 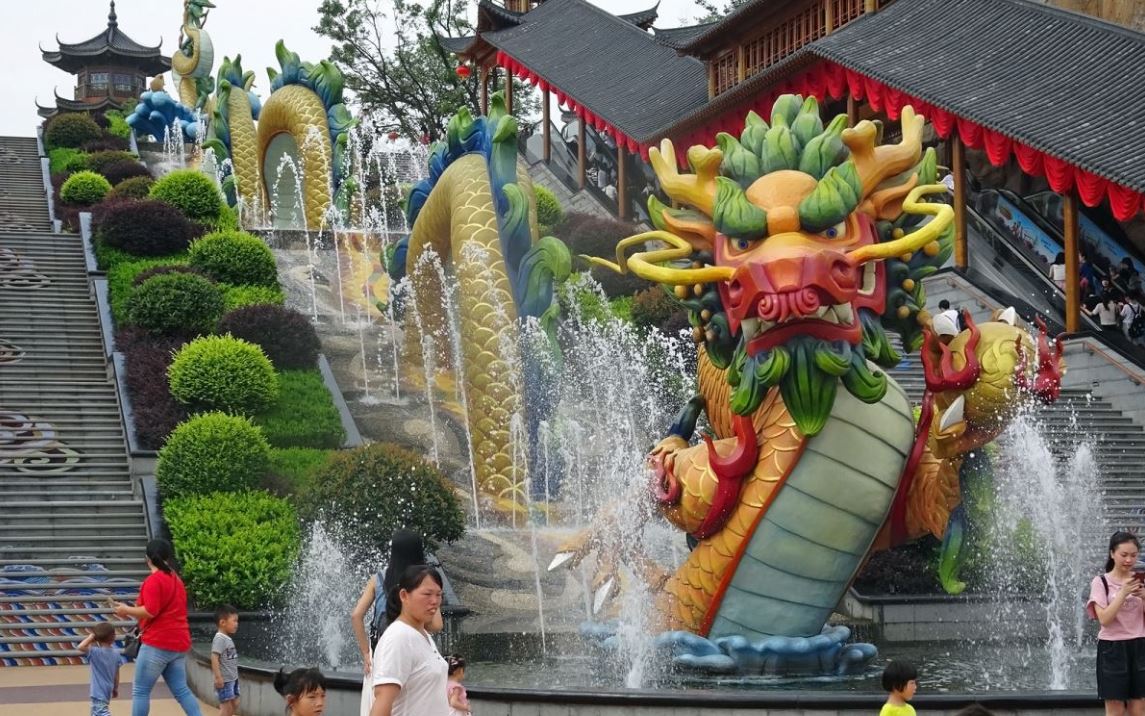 The roller coaster was 77m in the air and about to reach the highest point when it came to an abrupt stop. 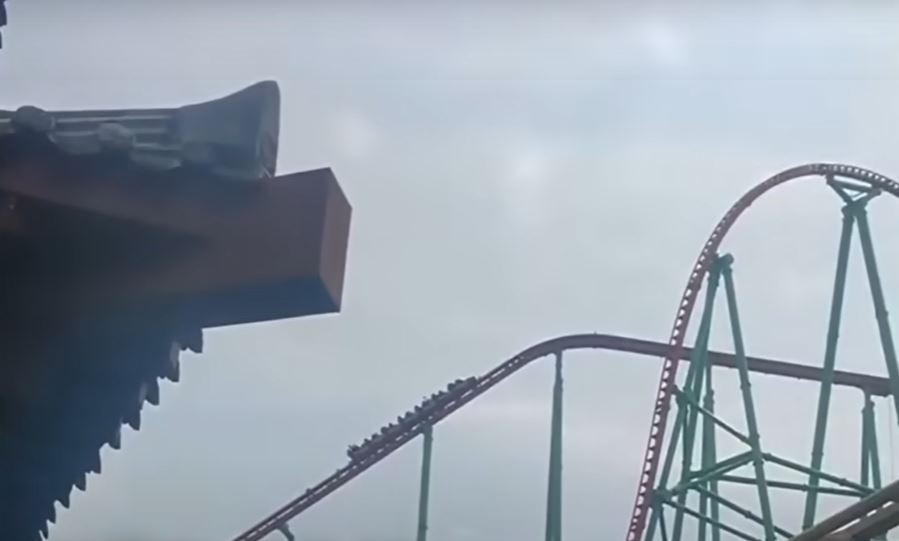 When the malfunction occurred, 18 passengers were strapped in their seats. They were then stranded in the air for 30 minutes. 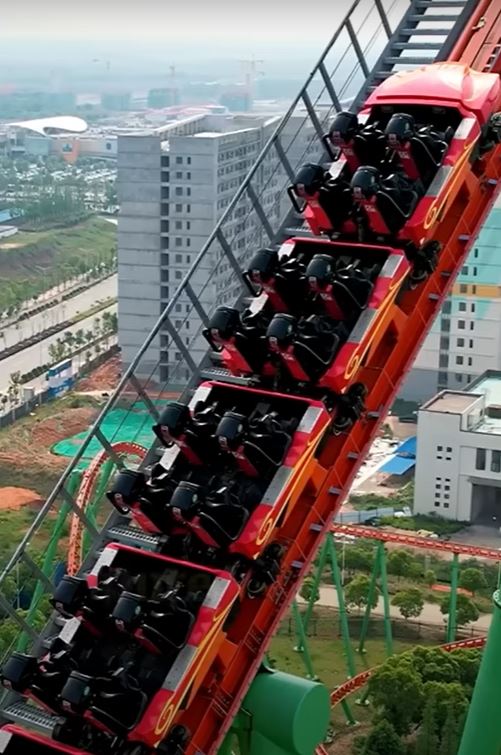 All 18 passengers later made it safely back to the ground by walking down a track. 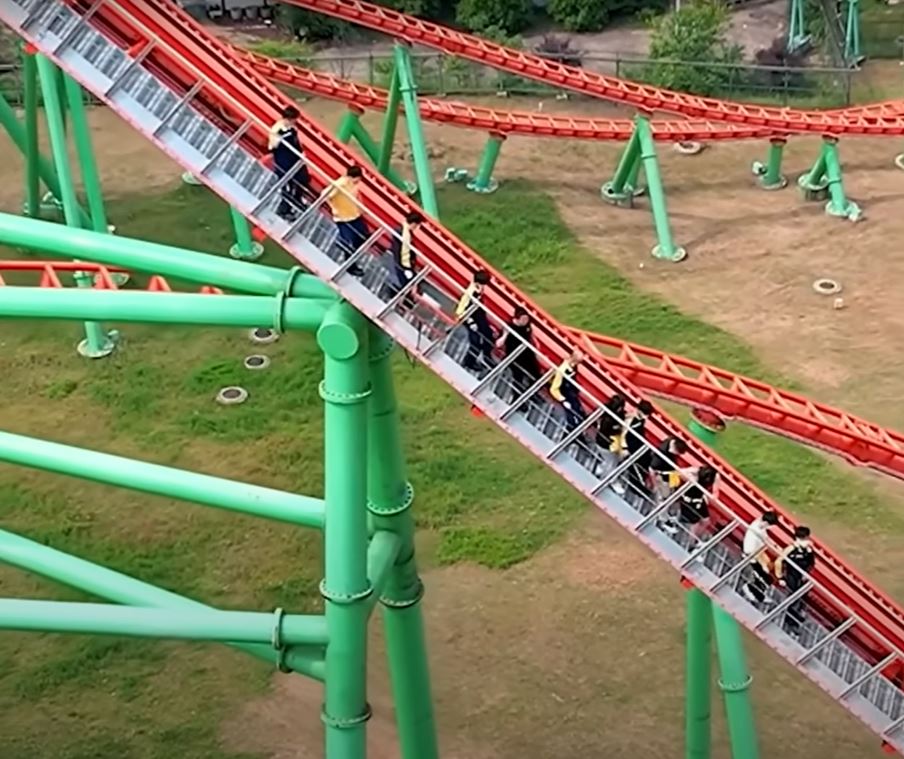 No significant injuries were reported at the scene.

However, the experience was significantly harrowing for everyone involved. Speaking to SCMP, one woman said her legs felt like jelly after she disembarked from the roller coaster and made it down the track.

Nanchang Sunac Land has investigated the incident and concluded that the technical glitch had occurred due to a malfunctioning control panel.

“The malfunction was caused by a voltage fluctuation,” the amusement park said in a statement on Tuesday (3 May), as reported by SCMP. “The ride was stopped as an emergency procedure.”

Due to the trauma they experienced, the passengers allegedly demanded compensation of S$207 (1,000 yuan) each.

The theme park refused and instead offered a refund or another ticket. They also requested that the 18 passengers sign a settlement.

The incident has since gained significant attention from netizens in China.

Many expressed their sympathies for those involved in the incident and felt that they were right to demand some form of compensation.

Theme parks should have safety precautions in place

Roller coasters allow us to let go of our inhibitions and seek some thrills.

But on the flip side, it can turn into a nerve-racking scenario if a malfunction occurs on one of the roller coasters.

Hopefully, the 18 passengers will eventually recover from their traumatic experiences. We also hope the theme park will also take the necessary steps to prevent such incidents from occurring in the future.

Double-Storey House In Pasir Ris For Sale At S$2.98M, Has 55 Years Left On Lease

Mercedes Passenger Fights With Honda Driver In JB, Both Called Out For Aggressive Behaviour