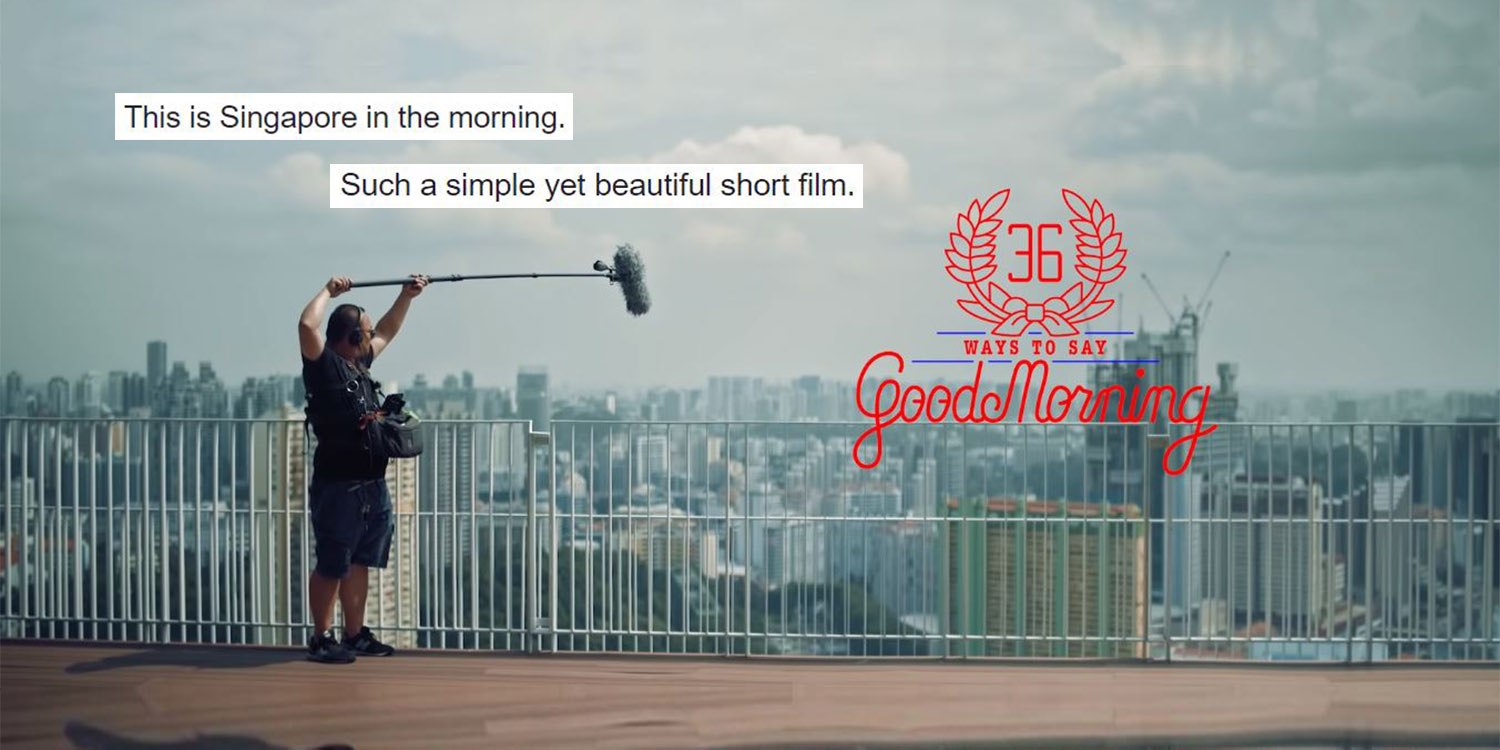 The familiar ooh-ahh call of the koel bird and the tap tap *beep* of the EZ-link cards on a bus — these sounds define our soundscapes every morning.

Roystan Tan has masterfully captured the essence of what makes every Singaporean’s morning in a poignant short film that’s going viral on Facebook.

We’re not exaggerating when we say this will change your mornings forever.

The video begins with the familiar call of the morning Koel bird.

Followed by a quiet and intimate scene of a pious Muslim lady saying her morning prayers.

The film also tranports the viewer to a place old-school tweets abound — a HDB void deck featuring numerous cages of song birds singing their hearts out.

We all remember greeting our teachers as children, and the film portrays this scene in a memorable way.

Not to forget the ‘Good Morning Sir’s our boys in green chant in unison while working hard to protect our nation.

Taking to the streets

Iconic morning rituals like crossing road junctions were also featured in a loving and familiar manner.

The persistent beeping of the traffic light ticker, and consistent taps of EZ-link cards on the bus reader are sure-fire ways to awaken Singaporeans on the way to work.

As well as the painful beep that comes with passing an ERP gantry on an early morning drive.

The short film aptly concludes with a sound man holding a boom mike over the cityscape, collecting the sounds that we let slip by on a daily notice.

The familiar sounds that comfort us and greet us ‘Good Morning’ every day and most of all, make Singapore our home.

The short film has garnered praise from netizens and politicians alike. 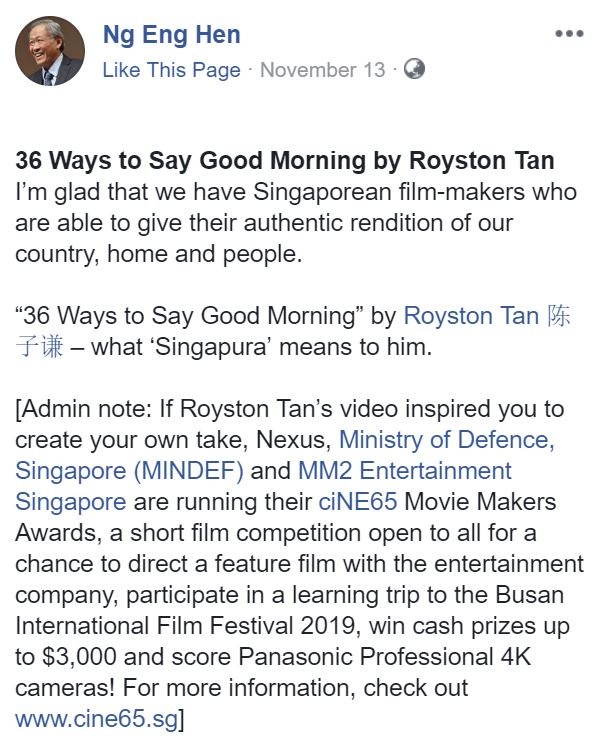 Notably, Defence Minister Ng Eng Hen shared a Facebook cut of the video, praising the film for being an “authentic rendition of our country, home and people”.

This netizen pointed how film’s portrayal of the koel bird’s 6am morning call struck close to home.

Fans of the film also loved how “casual” and real the depiction of the dreaded ERP gantry came across.

Others simply thought that the film was a beautiful take on what they loved about Singapore in the morning.

As Singaporeans, we’re extremely familiar with the silence that settles upon us like a comfortable blanket on our morning commutes.

But Roystan Tan’s poignant film affirms that perhaps Singapore isn’t so quiet after all.

Just a little more discreet about how we’re greeted every morning. All we have to do is listen more closely. 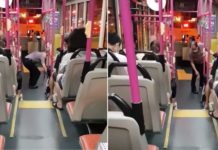