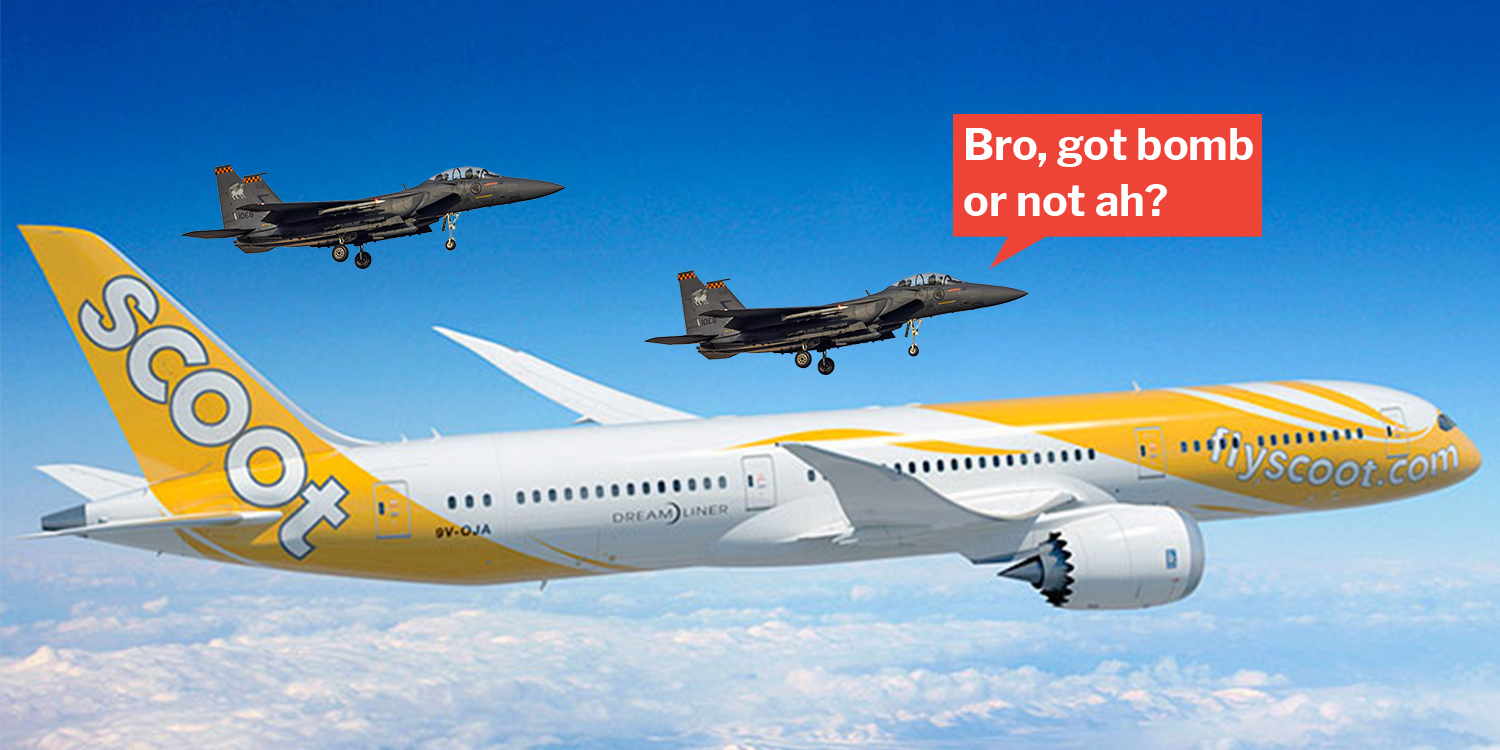 Kudos to the RSAF for its quick response.

The Republic of Singapore Air Force (RSAF) has always been ready for any emergencies.

They proved it once again on Sunday (2 Jun) when 2 fighter jets were deployed to escort a Scoot airplane.

Defence minister Ng Eng Hen posted on Facebook yesterday that 2 F-15SGs “scrambled to escort” the inbound flight from Cebu after an alleged bomb threat was made. 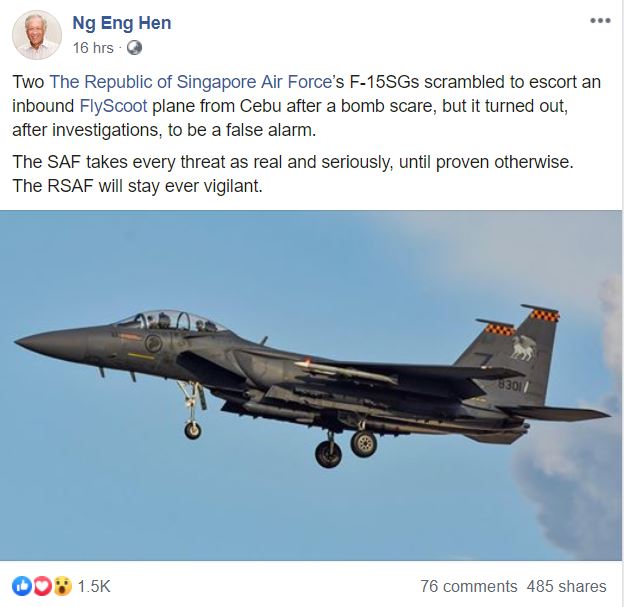 Bomb threat was a hoax

According to CNA, the bomb threat was allegedly made by a 13-year-old passenger on board the Scoot airplane.

Thankfully, authorities later identified the threat as a hoax and 150 passengers and crew got off the plane safely. The 13-year-old boy who made the bomb threat is currently helping with police investigations.

Even though it was a false alarm, Mr Ng believes that every threat should and will be treated seriously until proven otherwise.

One netizen mentioned that the jets took off “rapidly” to deal with the threat.

Another netizen feels more at ease knowing that the RSAF is quick to respond.

Now, how exactly do the jets help ‘pacify’ the situation?

One netizen questioned the use of the F-15s.

Another user suggested that the jets may be positioned to shoot down the plane if it doesn’t comply with instructions.

A quick search on Google came up with similar conclusions. First flying beside the plane will allow the fighter jet pilots to ascertain the situation on the plane — if it has indeed been hijacked.

If it has, and the terrorists have seized control of it with the intention to crash it into civilian areas, the jets will shoot the plane down. It sounds awful, but it will have to be done.

Whatever the reason, Singaporeans can always be sure that the RSAF is going to remain, as Mr Ng said, “ever vigilant”.