SCDF Officers Thought Records Created Were Required For Audit, According To The AGO

Every year, the Auditor General’s Office (AGO) releases a report that probably strikes fear into the hearts of our civil servants.

The report is a financial audit of our public sector.

Think of it as a ‘naughty list’ of financial oversights, lapses and poor management, prepared just for our president Halimah Yacob.

In this year’s AGO report, the Singapore Civil Defence Force (SCDF), was mentioned twice for suspect business practices.

According to the AGO, the SCDF allowed contractors to prepare servicing schedules for their vehicles.

Furthermore, they did not have a ‘check and balance’ to ensure that contractors scheduled appropriate types of servicing at regular timings.

More damningly, the SCDF had no mechanism to ensure that these contractors actually carried out the servicing — as they didn’t even keep a complete set of servicing records, even though they were supposed to.

The AGO remarks that the SCDF had to ask contractors for service records to furnish the report. This is harmful, as contractors have a vested interest to show that they did their work.

It’s like how you wouldn’t voluntarily tell your cher that you didn’t do your homework.

Apparently, because of this oversight, the SCDF had made payments totalling $120,000 to contractors for jobs that weren’t completed.

These errors weren’t detected by the SCDF.

What is being done: The SCDF is implementing a new integrated logistics management system in April 2020. The system would be a one-stop shop for scheduling, checks and validation of vehicle servicing and repairs. In the interim, the SCDF should have already recovered the errant payments by last month (June).

2. Creating and backdating of records with “no ill intent”

The AGO also detected that 104 records for servicing jobs were unauthentic.

There were apparent discrepancies between “two sets of records” due to “duplicate servicing records for the same servicing job”.

Before you get your pitchforks out, this isn’t the start of a 2MDB scandal.

AGO found no intent to “falsify” or any evidence of “personal or financial gains “. Other records were created by contractors, as they wanted to cover “an internal administrative gap”.

Simplified, they were trying to cover-up the fact that they had missing records.

All of this is harmful as it casts doubt on all the other 926 servicing jobs, totalling $1.35 million.

What is being done: Although there was no ill intent in creating or backdating the documents, the SCDF has taken disciplinary action against the three officers.

It has also “taken the contractors to task for failing to keep proper records”.

An internal audit by the SCDF has also established that almost 95% of all servicing jobs were correct and proper.

With the new checks and balances in place, let’s hope that the SCDF doesn’t feature again in the AGO’s list, next year. 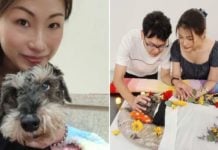