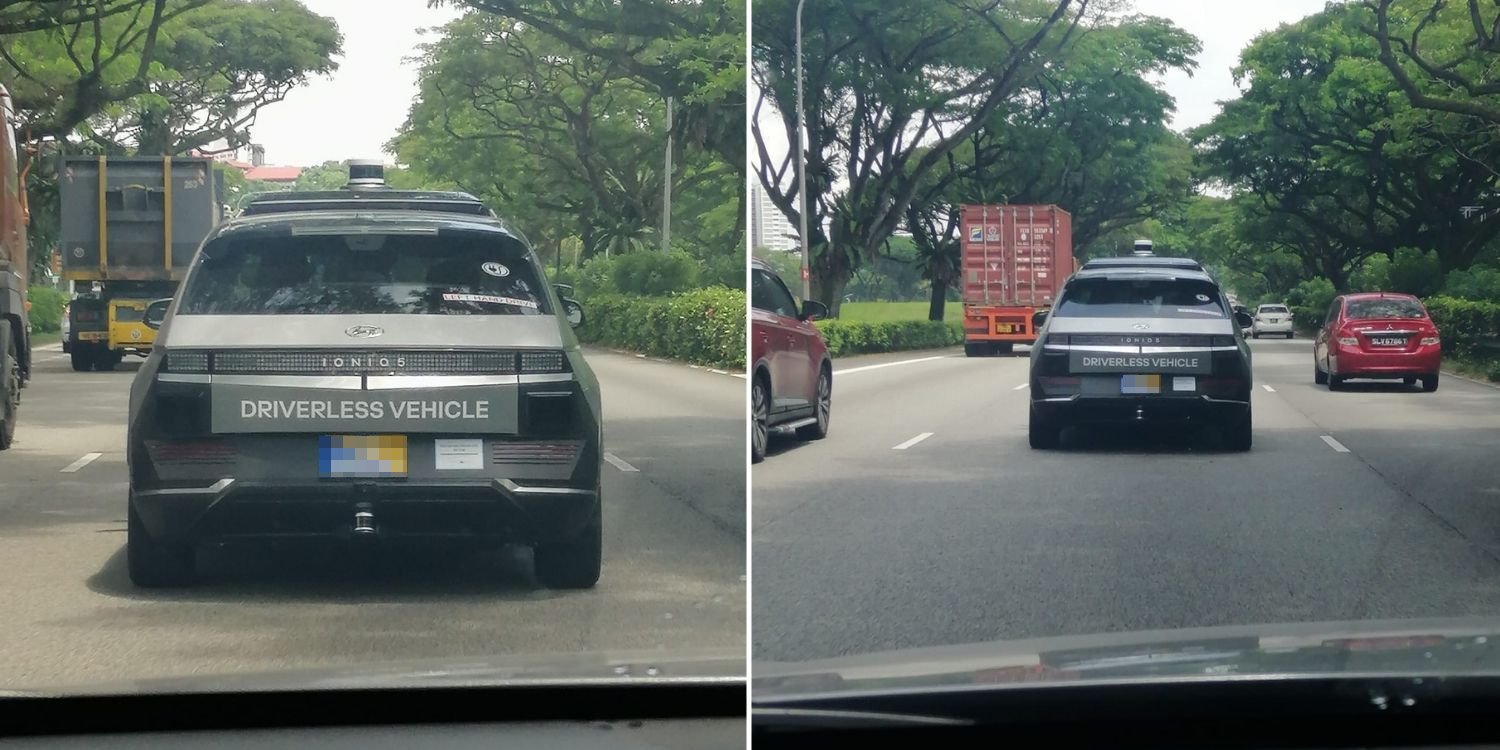 There's someone on standby in the passenger seat.

Electric vehicles have become all the rage these days, with more Singaporeans making the switch in recent times.

While being energy efficient sounds great, there’s apparently an even more impressive version that would elicit ‘ooh’s and ‘aah’s these days — a self-driving electric vehicle.

A motorist recently spotted a driverless vehicle cruising along the Pan-Island Expressway (PIE) with a huge caution sticker plastered on its rear bumper. 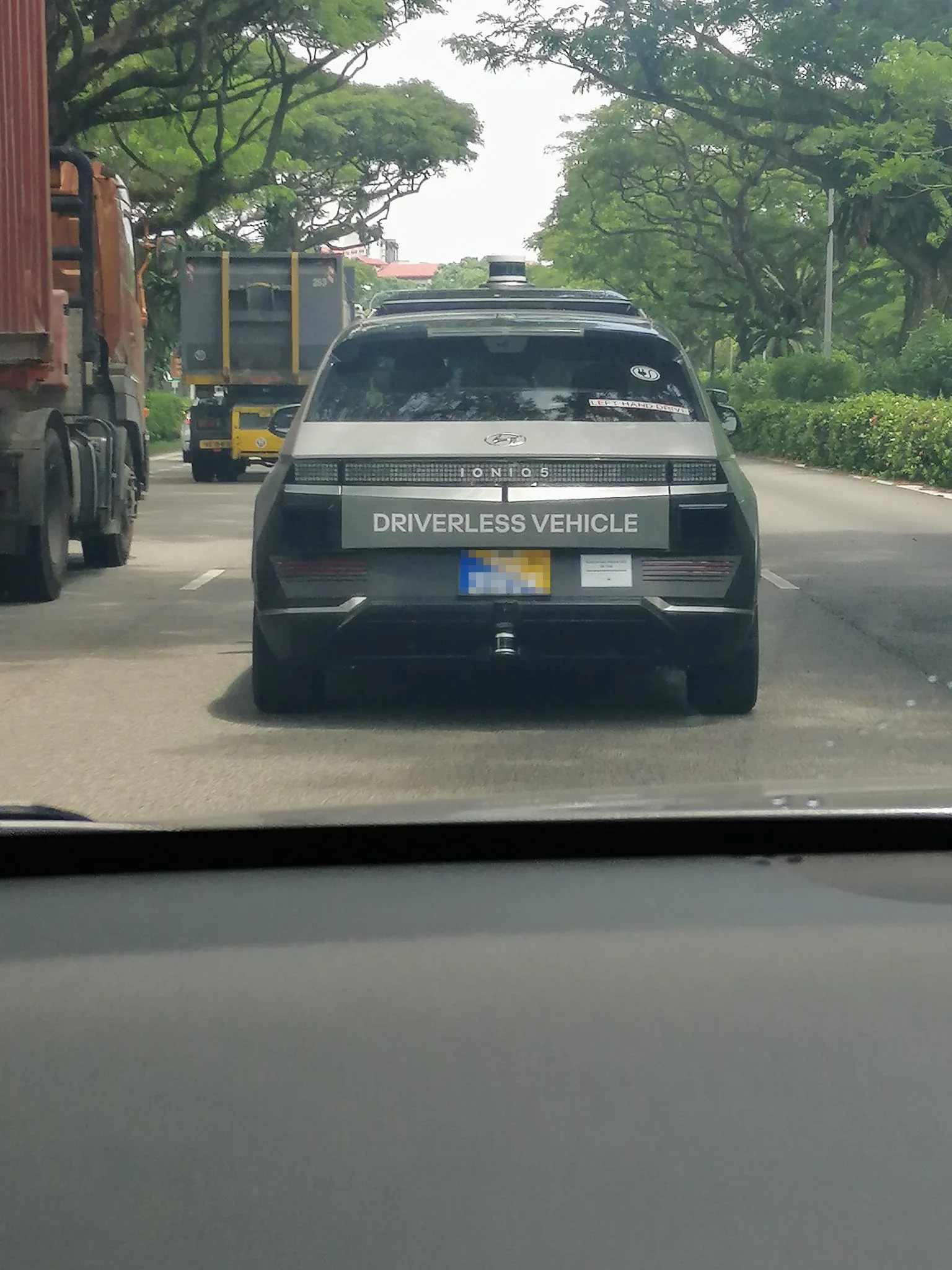 While motorists joked about giving the vehicle a hard time, these cars may be out and about as part of a test for driverless taxis in the future.

Self-driving car cruises along the PIE

On 16 Sep, a Facebook user shared photos of a driverless vehicle travelling along a busy section of the PIE. 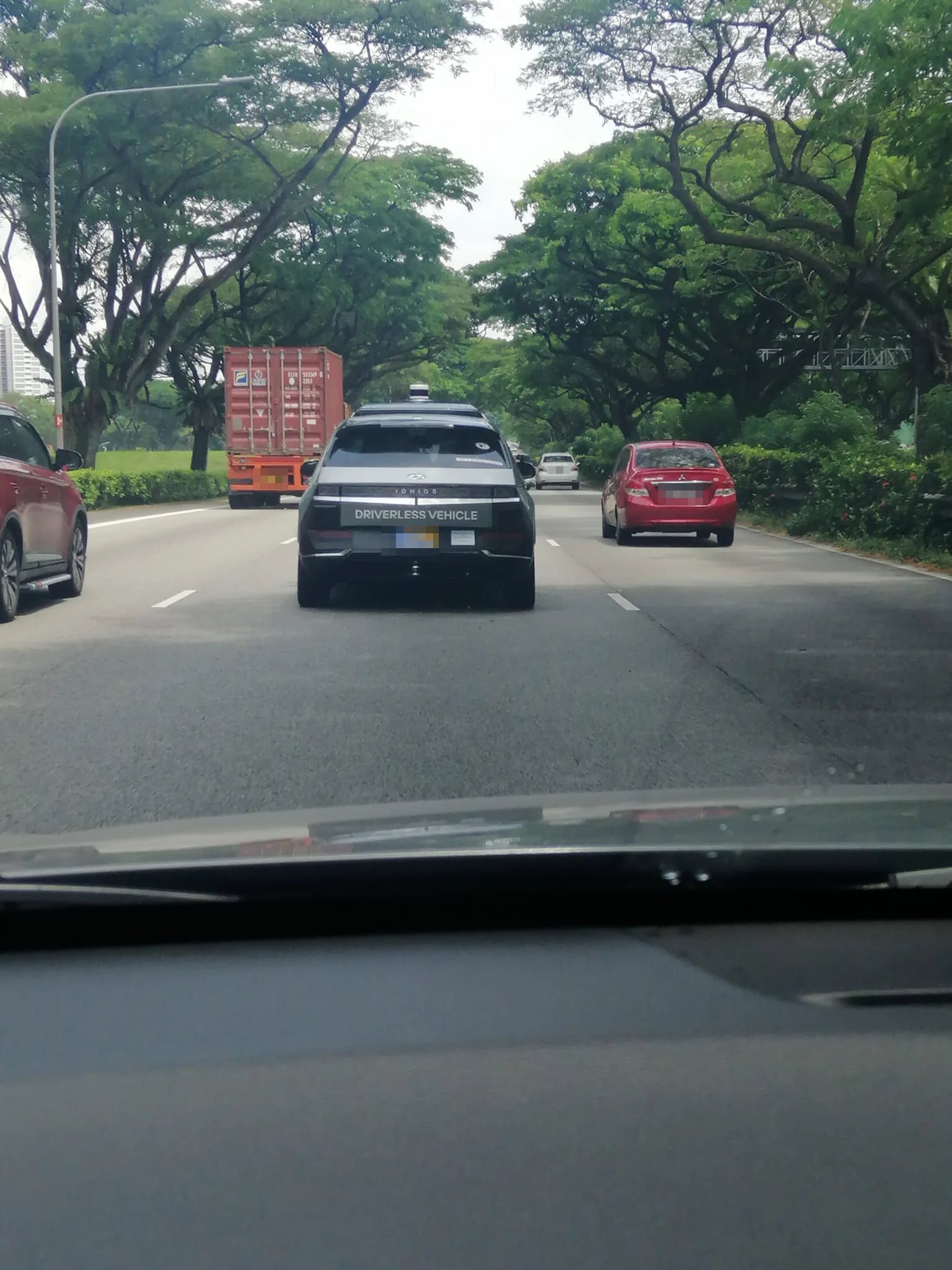 As its name suggests, the vehicle is a Hyundai IONIQ 5, one of the few autonomous vehicles that can operate without a driver.

Its licence plate is also of the blue and yellow split variety, given to vehicles used for research and development.

Along with these clues, a huge “driverless vehicle” decal is plastered above the licence plate.

The vehicle’s appearance caused quite the uproar in the comments section, as fellow motorists took turns joking and quizzing one another.

One comment asked what would happen if someone horns the vehicle from behind, receiving a hilarious reply from OP.

A Facebook user wonders who’ll take the blame if the vehicle isn’t too careful with the way it drives.

Another user had to double-check with the OP as he couldn’t believe the vehicle was driverless.

OP clarified that there was someone in the car. However, they were sitting on the passenger side and were on ‘standby’.

Self-driving car may be part of tests for driverless taxis

According to Hyundai, the IONIQ 5 is used as the base vehicle for robotaxi trials because of its impeccable safety and sustainability.

For the unaware, Hyundai has chosen Singapore as its new testbed for self-driving cars and other future mobility innovations since Jan 2022.

One of its first cases will be for the Jurong Innovation District, the 600-hectare space for a manufacturing ecosystem comprising R&D centres, technology partners and futuristic factories.