No injuries have been reported.

Chlorine Gas Detected At Sembawang Building On 28 May Morning

What many may not know is that Singapore Civil Defence Force (SCDF) officers don’t just attend to fires, but also other incidents such as those involving hazardous or poisonous materials.

One such incident happened this morning (28 May), when chlorine gas was detected in a rubbish compactor room in Sembawang. SCDF officers subsequently diluted the poisonous gas using a water jet and kept the vapours from spreading beyond the room. Thankfully, there are no reported injuries at the time of this article.

At about 8.47am on Saturday (28 May), SCDF shared that they were “mitigating an incident” at 2 Gambas Crescent. They advised members of the public to avoid the area.

A quick search online revealed that the location in question corresponds to that of Nordcom II, an industrial development suitable for operations such as design and development, manufacturing, and assembly.

The SCDF provided no further details but shared a photo of a HazMat Response vehicle parked along the road. 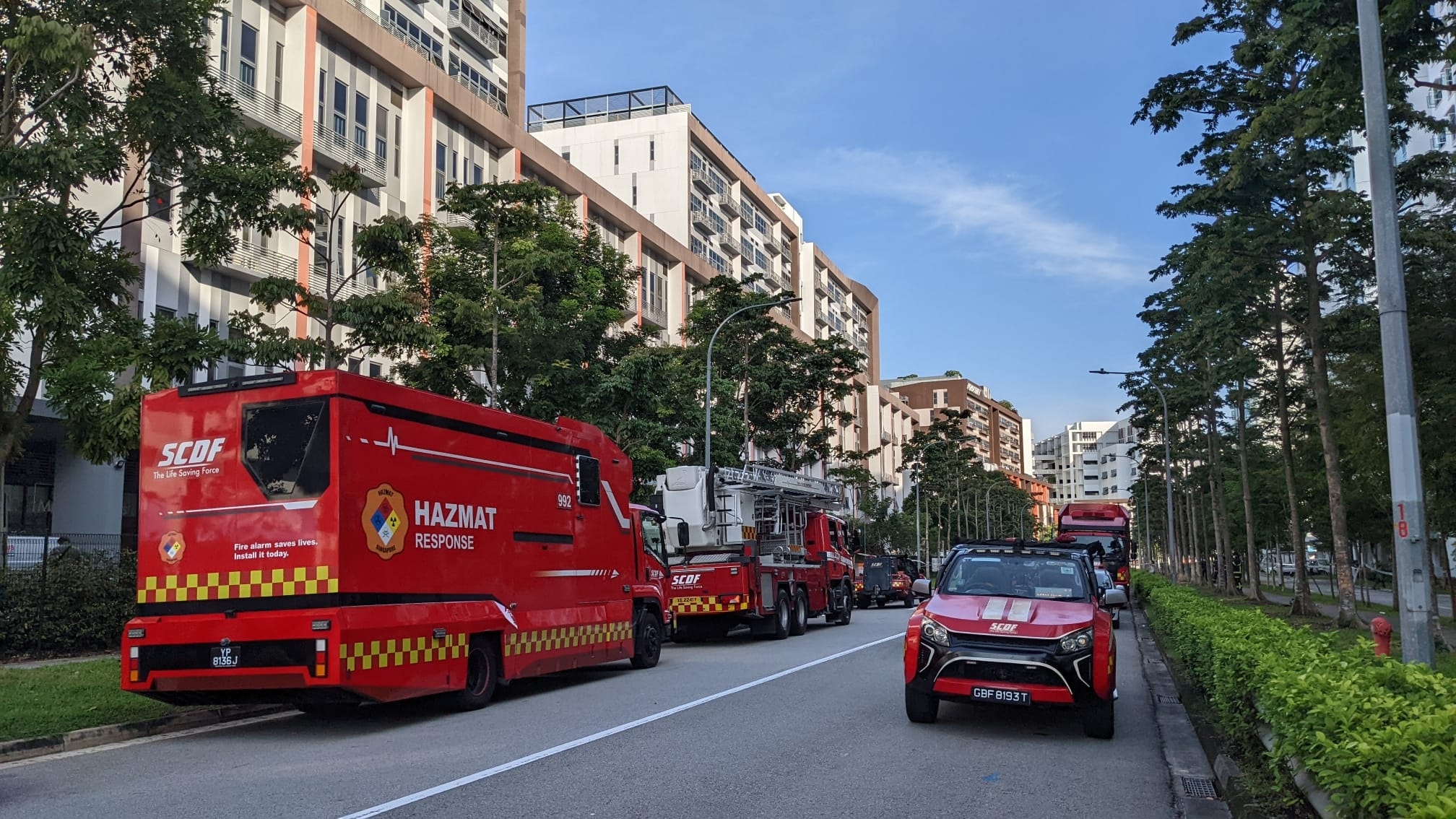 Apparently, they had been alerted to a “hazardous material incident” earlier in the day at about 7.15am.

After arriving at the scene, officers detected chlorine gas within a rubbish compactor room on the ground floor.

They subsequently deployed a water jet to dilute the vapour within the room. 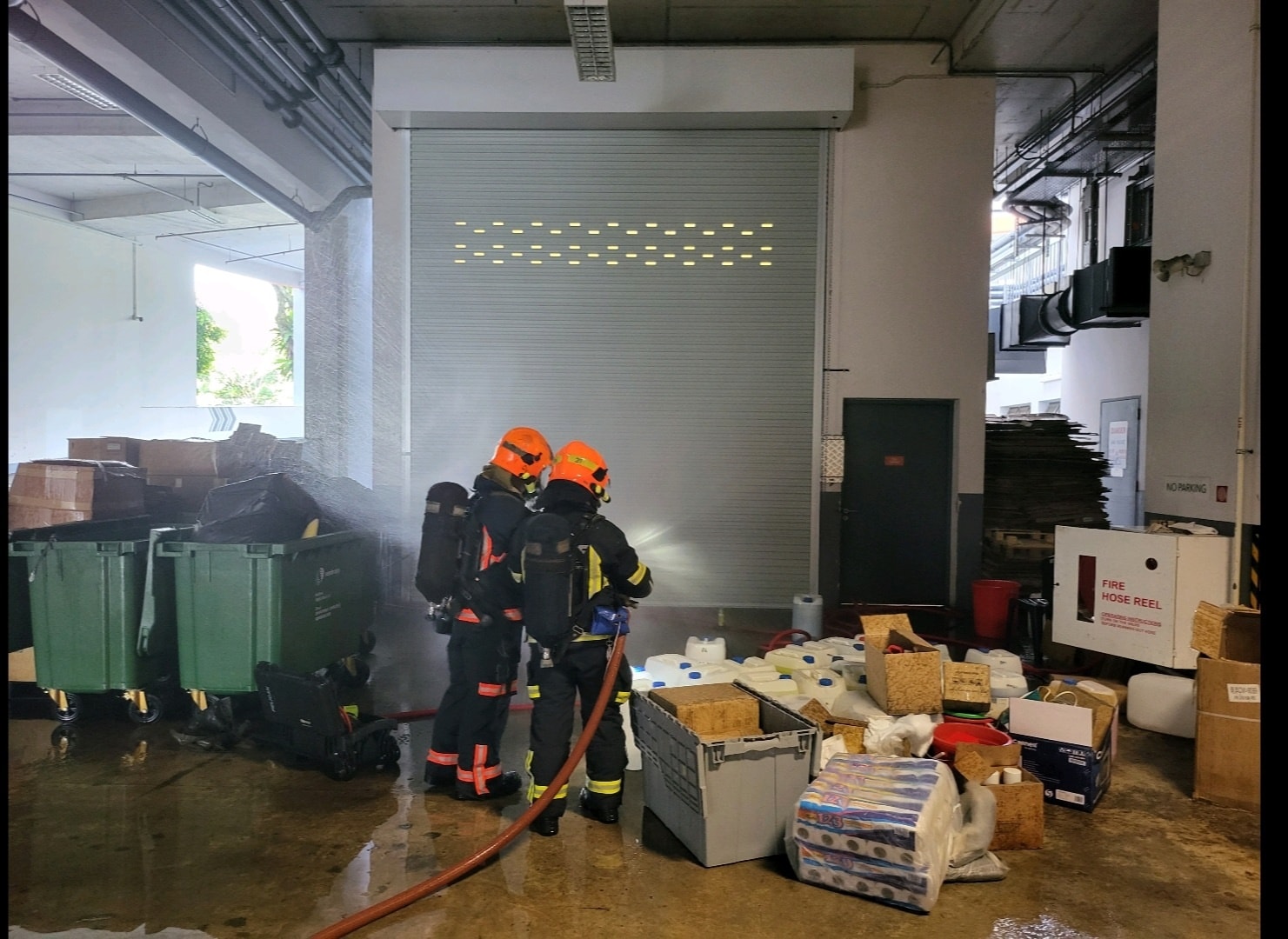 They also deployed two blower fans to contain the vapours within the room.

Even though the air conservation levels outside the affected room remained at a safe level, 20 people were evacuated from the premises as a precautionary measure.

Thankfully, there are no reported injuries at the time of this article.

SCDF thanks the public for their cooperation

In yet another update today (28 May), the SCDF shared that responders had to empty all the contents of the compactor room onto the floor to wet them and dilute the concentration of gas in the room.

Thereafter, they used chemical detectors to ensure the absence of chlorine gas.

The SCDF then made arrangements to transport the compactor room’s contents away to an undisclosed location.

After a successful operation, the SCDF thanked the public for complying with their earlier SMS alert to avoid the area. Their cooperation had apparently allowed responders to attend to the incident quickly.

We salute the SCDF for living up to their name of being “The Life Saving Force”, attending to all sorts of incidents that pose a threat to human life.

Thankfully, there were no injuries as a result of this incident. We hope SCDF will be able to identify and eradicate the source of the gas for the safety of everyone in the area.