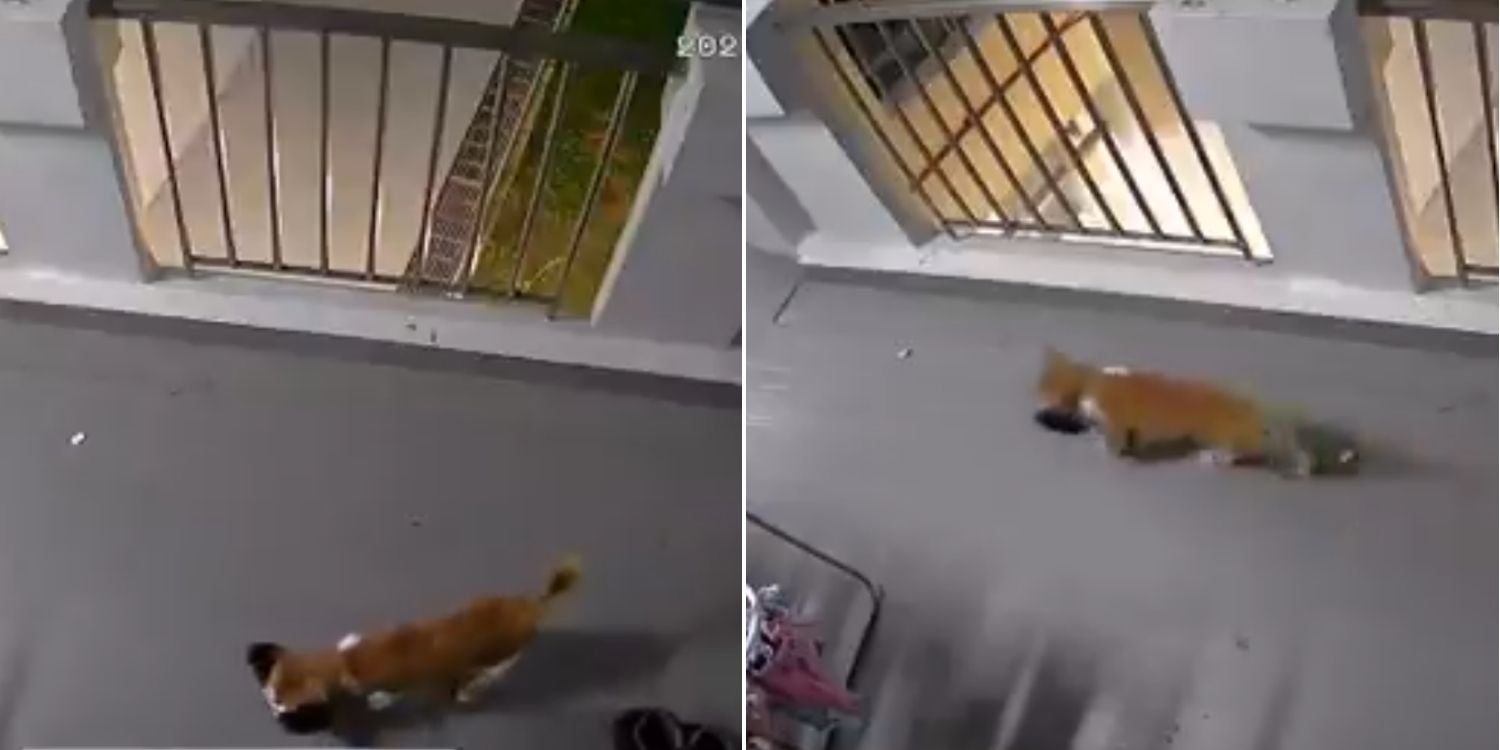 Sengkang Cat Steals Only One Side Of Multiple Branded Slippers

Living in HDB flats has its own challenges at times. Petty theft or what some call ‘block shopping’ is one of the unique problems one may face.

That is what this family in Sengkang has been experiencing, as a thief has been going around stealing slippers, and curiously only leaving with one side.

After several failed attempts to identify the thief via CCTV, the family finally caught it on its 4th heist. And boy were they surprised to see that it was none other than their neighbour’s mischievous cat.

Being a victim of theft is definitely frustrating, especially when it occurs so often.

In a video posted on Twitter on Tuesday (9 Jun), user @amyramrn shared that she had been experiencing a series of theft involving the slippers that her family leaves along the common corridor.

Its weird that we lost one side of our flip flops 4 times and we wonder why the thief only took one side? Guess what? We finally caught the thief 🤣 pic.twitter.com/HD4ZlSMPPf

Funnily enough, the thief would only steal one side of the slippers every time.

The slippers were all from famous brands like Vans, Adidas, and Puma too, which indicated the thief’s preference for branded streetwear.

Speaking to MS News, the resident, Ms Amyra, said that her family initially assumed that a cleaner had swept a slipper away by mistake.

But after the incident recurred multiple times, they began to get frustrated, especially upon realising that the thief had targetted only brand name slippers.

Since their CCTV camera failed to capture any incriminating evidence, the thief managed to slip away on the first 3 occasions.

But the 4th proved to be his downfall, as the footage showed him in action.

Little did Ms Amyra expect that ‘he’ would be a cat, particularly an orange and white cat she recognises to be her neighbour’s.

In the footage, the male cat is seen approaching her unit, picking up a slipper in its mouth, and sauntering away nonchalantly — definitely a seasoned veteran.

We’re not surprised if that little pause was him checking the slipper’s brand to maintain his atas record before making away with it.

Speechless, Ms Amyra and her family could only break out in laughter, before showing the video to their neighbour.

In response to Ms Amyra’s video, many users chipped in with their lack of surprise over the fact that the culprit was an orange cat — a running joke that ginger cats have a reputation for being chaotic. In a hilarious twist to the story, Ms Amyra told MS News that the male cat used to be her own cat’s ‘boyfriend’ whom her family used to feed. She joked that this may be his form of revenge after the felines’ relationship didn’t work out.

She added that the cat has been collecting slippers and amassing them in his owner’s home, a floor above.

The troubled owner who doesn’t know who to return the slippers to has been leaving them by the lift lobby. Ms Amyra has thankfully been able to retrieve her family’s lost slippers there.

While the spate of thefts was worrying at first, we’re glad that all was well in the end.

They also assured that the branded slippers are old ones, which was why they were comfortable leaving them outside.

As for the cat, we hope that he can turn over a new leaf and stop his criminal ways.