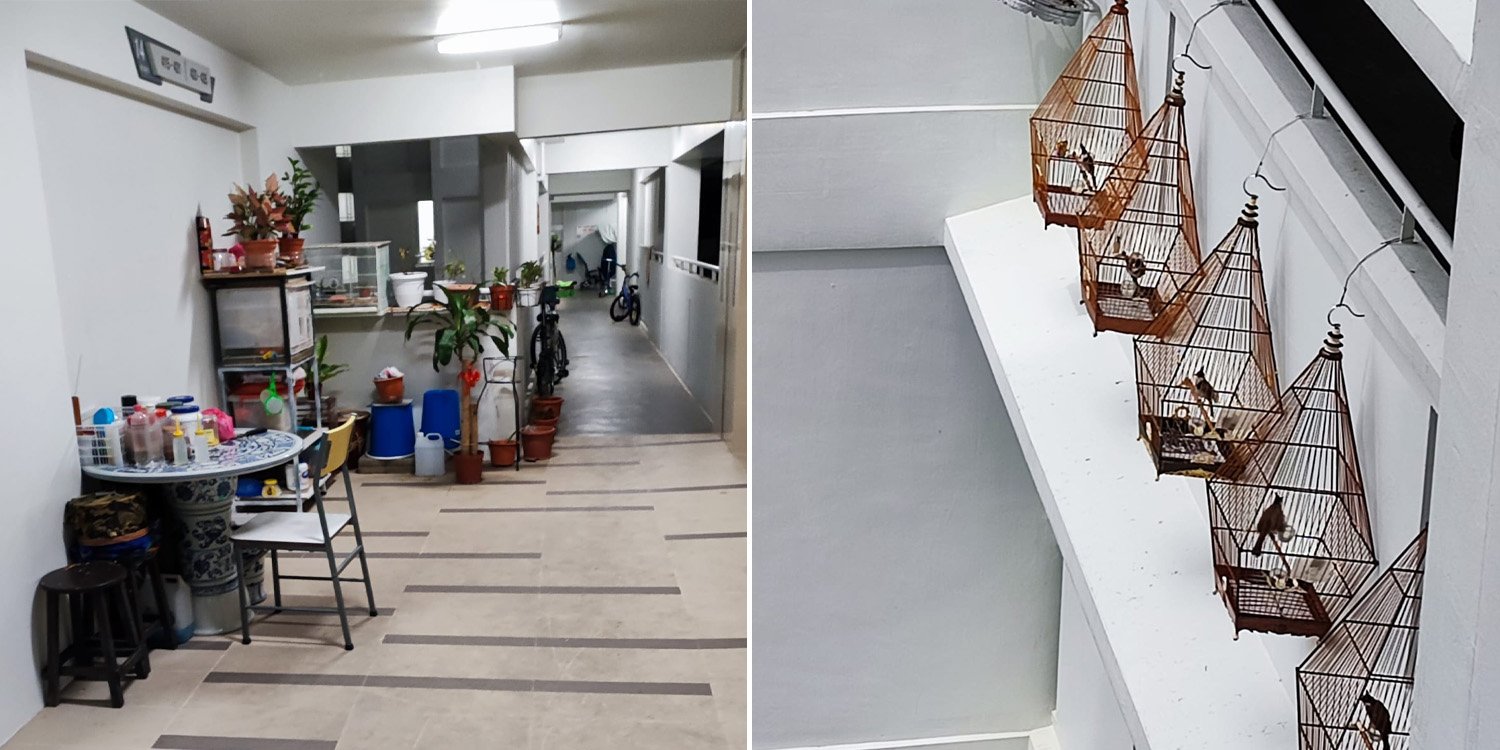 UPDATE (10 May): The Sengkang Town Council said residents are not allowed to keep their belongings in a corridor wider than 1.2 metres. You can find their full statement below.

When sharing a common space with other residents, we should try to be considerate. Not doing so can inconvenience our neighbours and strain our relations with them.

A Sengkang resident recently took to Facebook to air his unhappiness with his neighbours.

In a series of pictures, he calls out several residents for placing their possessions in the common corridor.

Numerous netizens commiserated with him and shared their accounts of neighbours who did not keep the common corridor clean.

On Friday (6 May), a resident of Block 178C Rivervale Crescent posted an unsightly scene to Complaint Singapore.

In the caption, he said his neighbours put their possessions such as bird cages and furniture in the common corridor outside their flats. The OP then posted a couple of pictures to show the messy state of the corridor on the 14th floor.

Some items such as bird cages, bicycle wheels and stools were also placed at the narrow staircase landing. 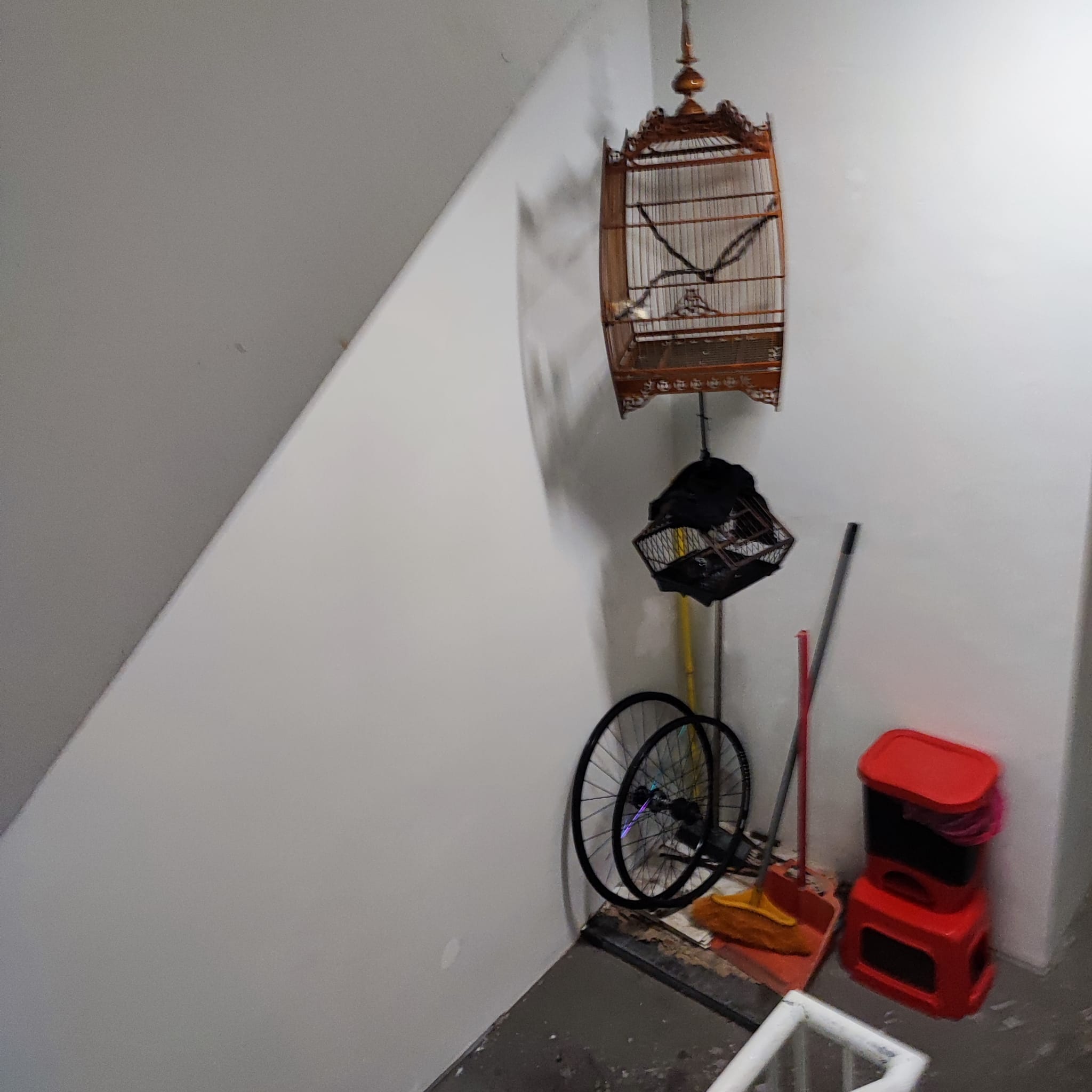 A prayer altar was also seen in one of the pictures. 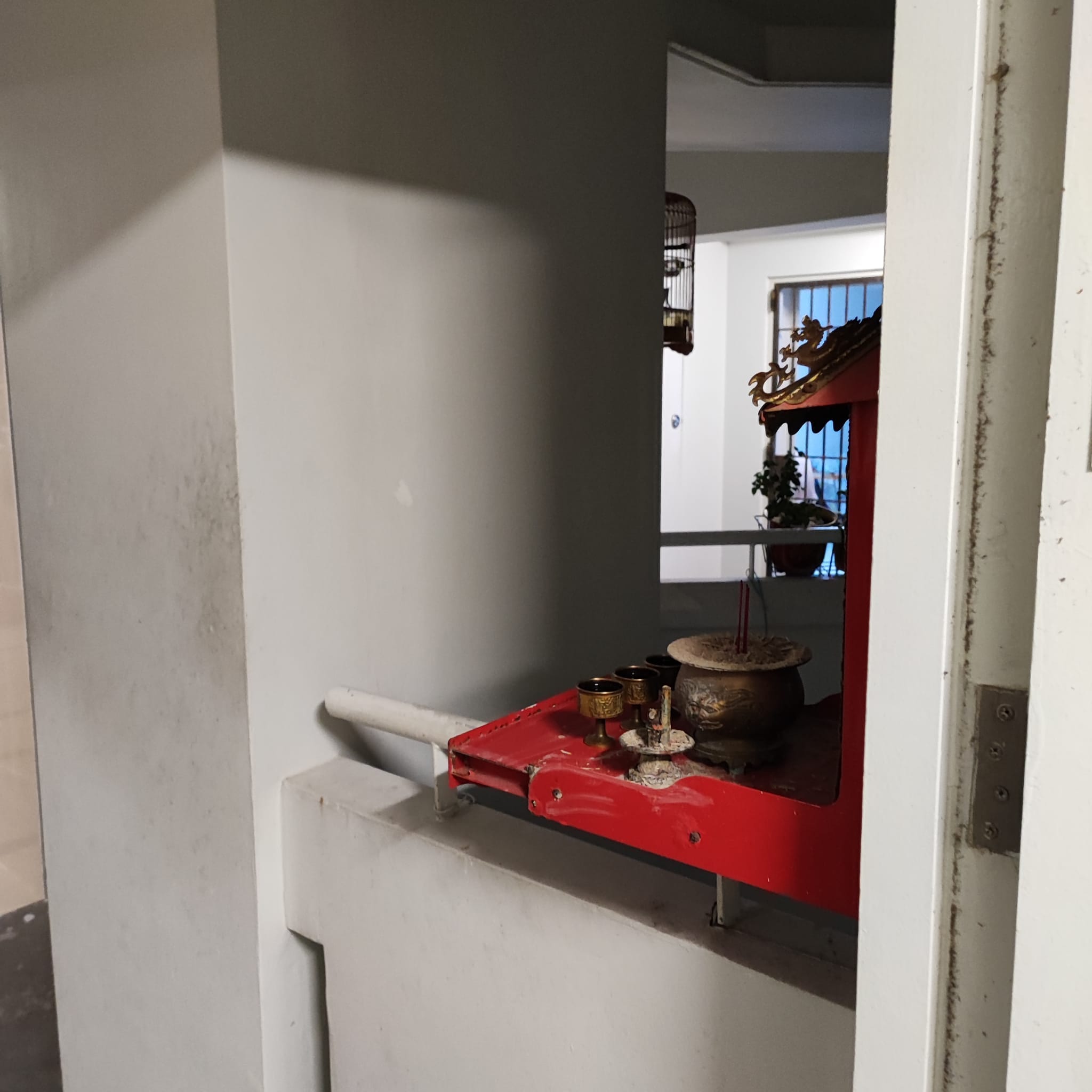 In another picture, residents placed furniture, such as tables, chairs and potted plants, in front of the lift lobby. 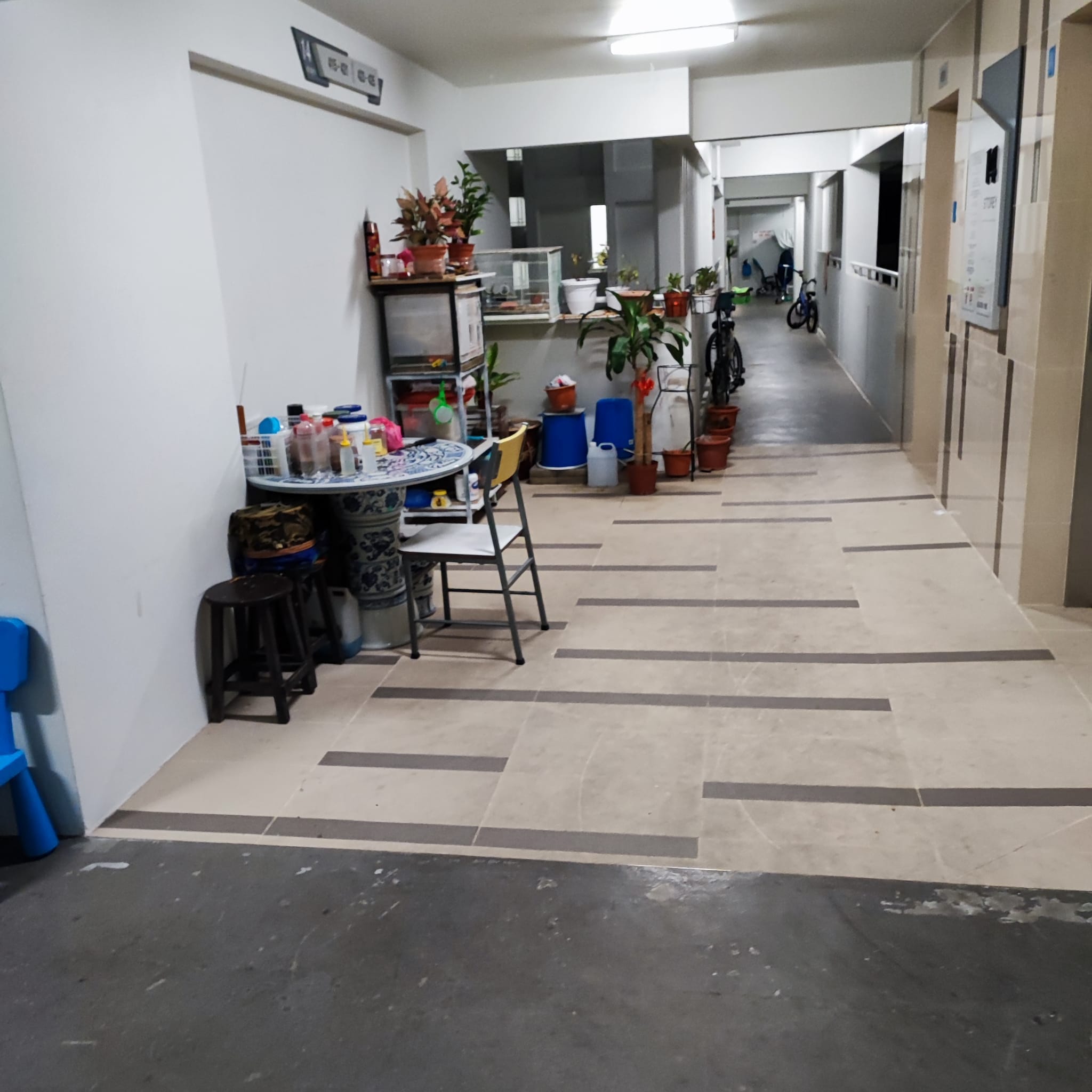 They also hung several bird cages on the railing along the parapet of the common corridor. 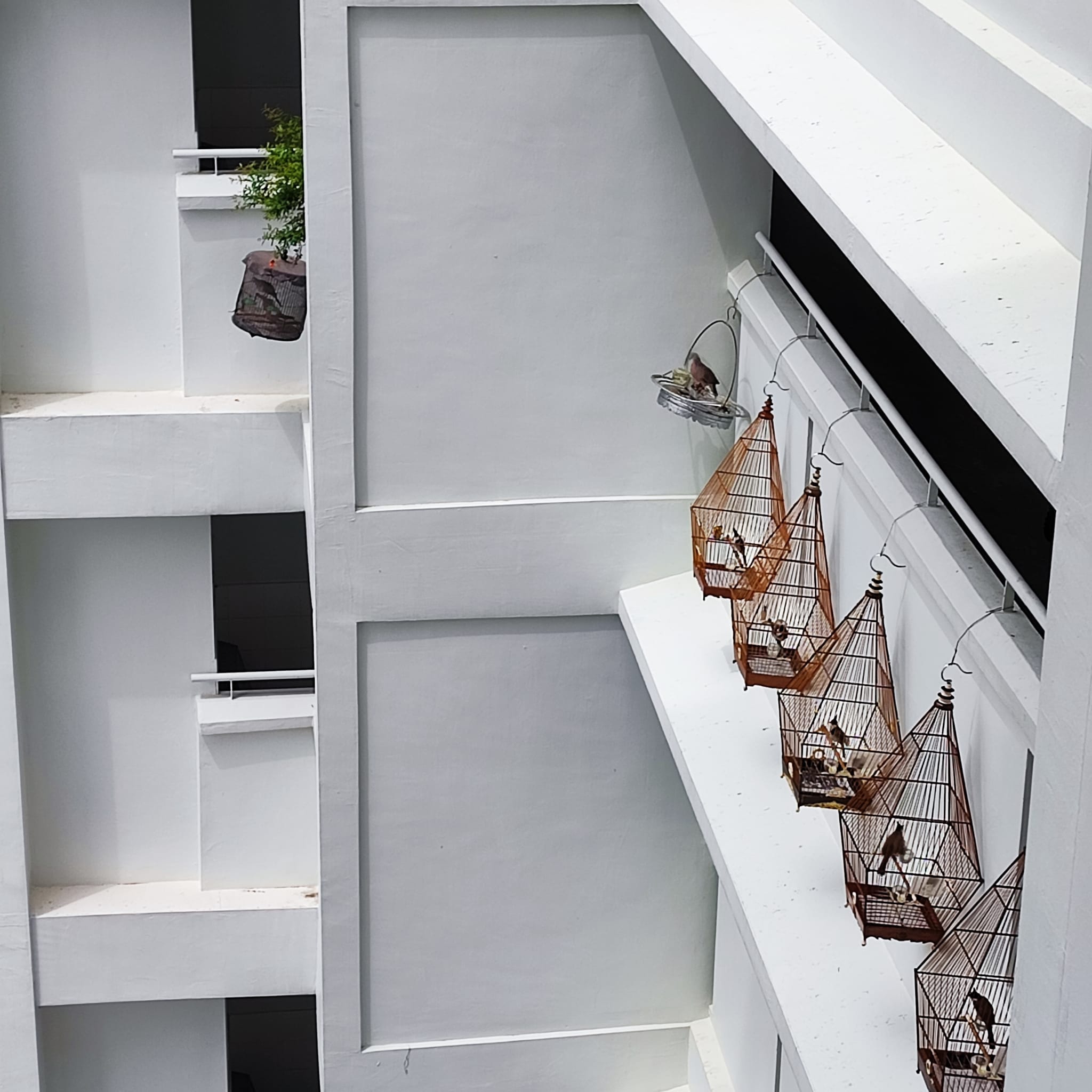 The OP added that the birds created significant noise pollution for the rest of the inhabitants.

In response to the OP’s situation, several netizens expressed their sympathy. Many called out his neighbours for their thoughtless behaviour.

Crowding the corridor with objects, such as bird cages and stray bicycle wheels poses a danger to nearby residents. It can lead to a fire hazard and obstruct escape routes in case of an emergency.

More alarmingly, other users shared their accounts of similar situations.

Residents are also not to place items such as clothing racks unless they can be easily folded or removed in times of emergencies.

Issue of crowded corridor is a recurring one

In response to MS News’ queries, Sengkang Town Council (SKTC) confirmed that residents are not allowed to place any personal objects in corridors less than 1.2 metres wide.

They have repeatedly engaged the owner of the items in this issue. However, the matter is a recurring one.

Since 2021, Sengkang Town Council (SKTC) has actively engaged the resident on numerous occasions pertaining to the issue of corridor obstruction on the 14th storey of Blk 178C Rivervale Crescent.

Despite our repeated meetings with the owner of the bird cages/other items along the common corridor, SKTC’s efforts in mitigating the obstruction have unfortunately proven to be futile.

Although the owner of the items had attempted to remove his belongings which were placed along the common corridor, along with the bird cages at the various spots outside of his unit of residence, the issue of obstruction appears to be a recurring one.

SKTC is aware that the degree of obstruction created by the resident is in violation of the Singapore Civil Defence Force’s safety regulations, where a clearance width of 1.2m is required along the common corridor, such that rescue efforts can be carried out seamlessly in times of emergencies.

We are also engaging with the HDB on the issue of objects placed in a hazardous manner.

The Town Council has and will continue to work with the relevant agencies in our continued efforts to educate the resident on the regulations requiring strict compliance, including the use of enforcement action.

Be considerate towards your fellow neighbours

When living in close proximity with others, it is important to act with compassion and consideration towards our neighbours.

Crowding the common corridor with clutter does not reflect well on us as members of a community. Instead, we can try to show some kampung spirit by keeping shared spaces clean for others to use.

Simply keeping furniture, potted plants and our pet birds within the premises of our flat will go a long way in making our neighbours more amicable towards us as well.

M’sian Policeman Dies After Car Crashes Into Lampposts, He Became A Dad 3 Months Ago