Man In Sengkang Allegedly Knocks On Doors For Donations, Residents Advised To Be Wary 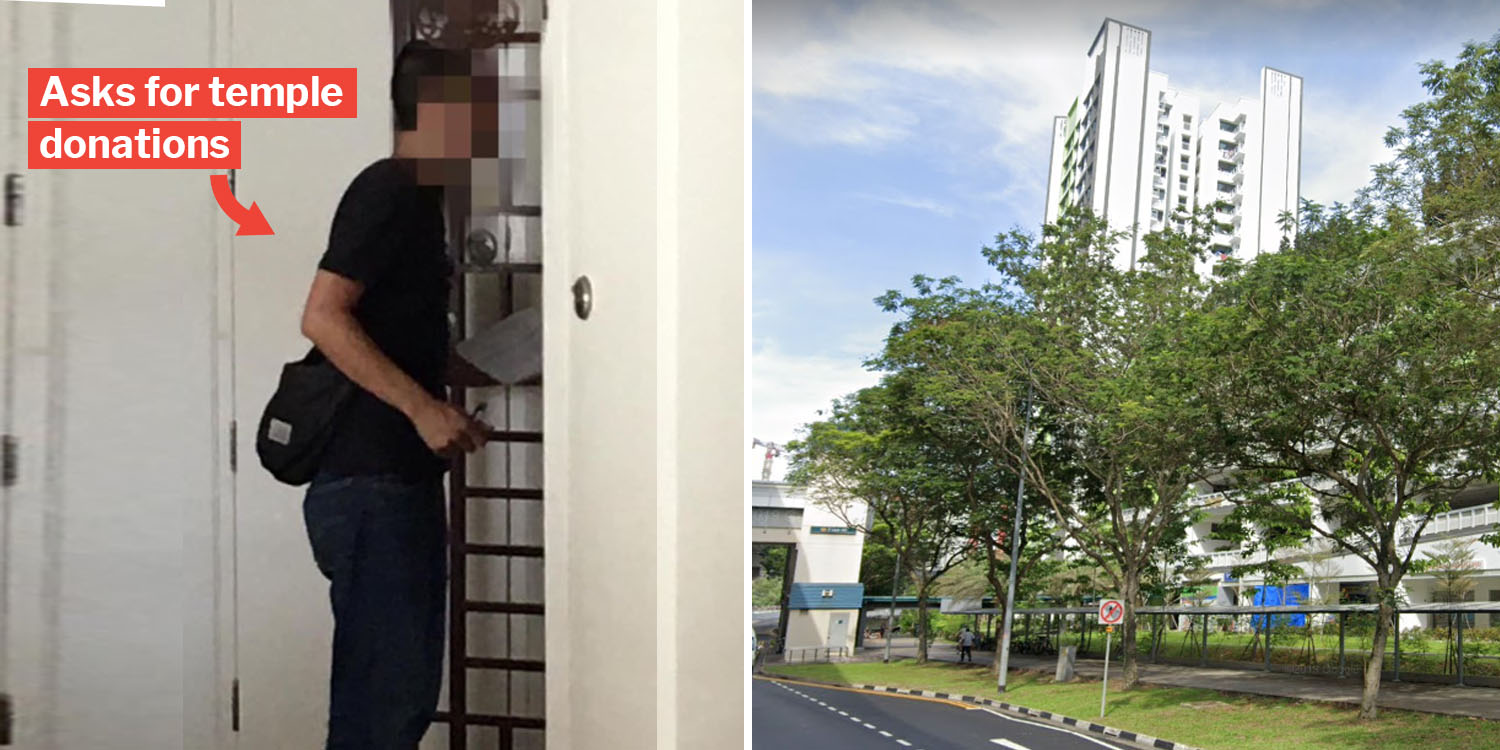 Door-to-door donations are against temples' SOP.

It is good to donate to a good cause, especially when we can help those in need.

However, it is also important make donations to reliable organisations to avoid having our money misappropriated.

On Sunday (20 Oct), Sengkang West Zone B RC took to Facebook to warn its citizens about an alleged scammer who had been going from door to door asking residents for temple donations. 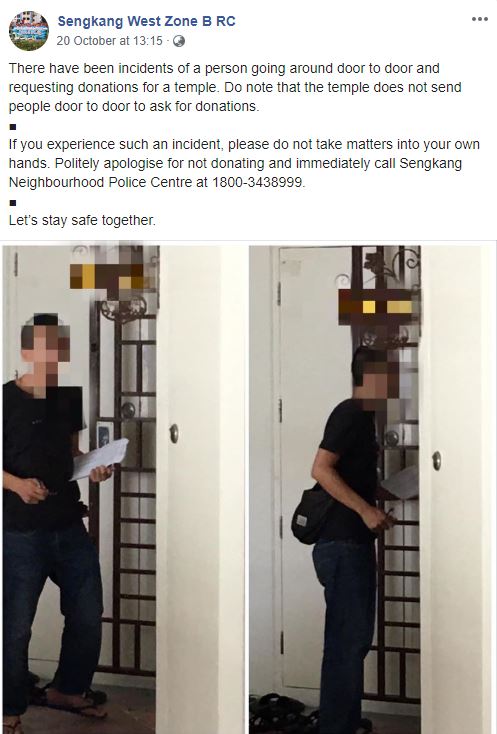 You’re advised not to donate and call your nearest Neighbourhood Police Centre (NPC) if you see someone like him.

Against temple SOP to ask for donations from door to door

The Residents’ Committee (RC) noted that this man was probably a scammer since it is not in accordance with temples’ SOP to ask for donations in this manner. 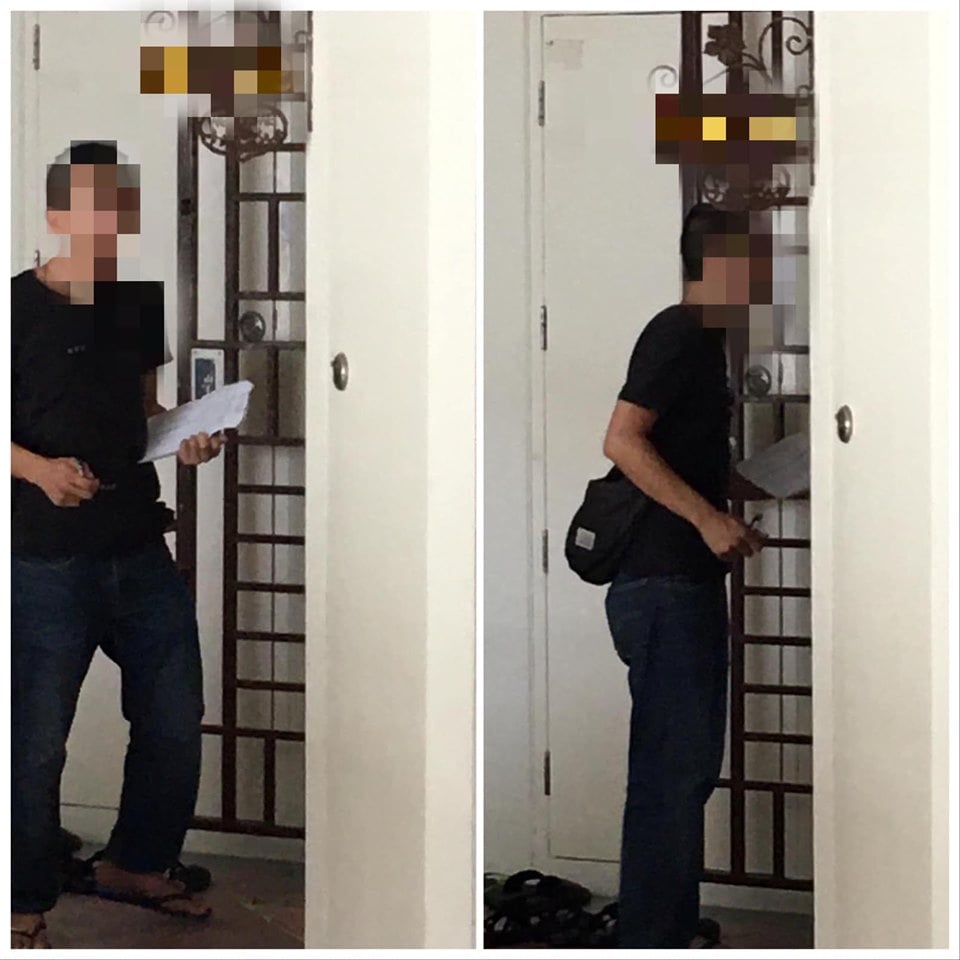 In the photo, the man can be seen holding a clipboard while speaking to a resident at the door.

Clad in a black T-shirt, the photos also do not show him having any form of identification or proof that he is allowed to solicit donations.

Notify the police should you have a similar encounter

Should you happen to experience a similar encounter, the Sengkang West RC advises you to simply apologise for not donating, and notify the Sengkang Police Centre immediately at 1800-3438999

However, cases of donation fraud can occur anywhere in Singapore. Hence, it is important to know how to protect yourself from these scammers.

The Safer Giving Campaign, launched last year, encourages the public to make donation only after confirming an organisation’s legitimacy.

If you’re unsure of how to check, refer to this handy video:

If the organisation is legitimate, the volunteers will have no problem telling you their cause and elaborating it. 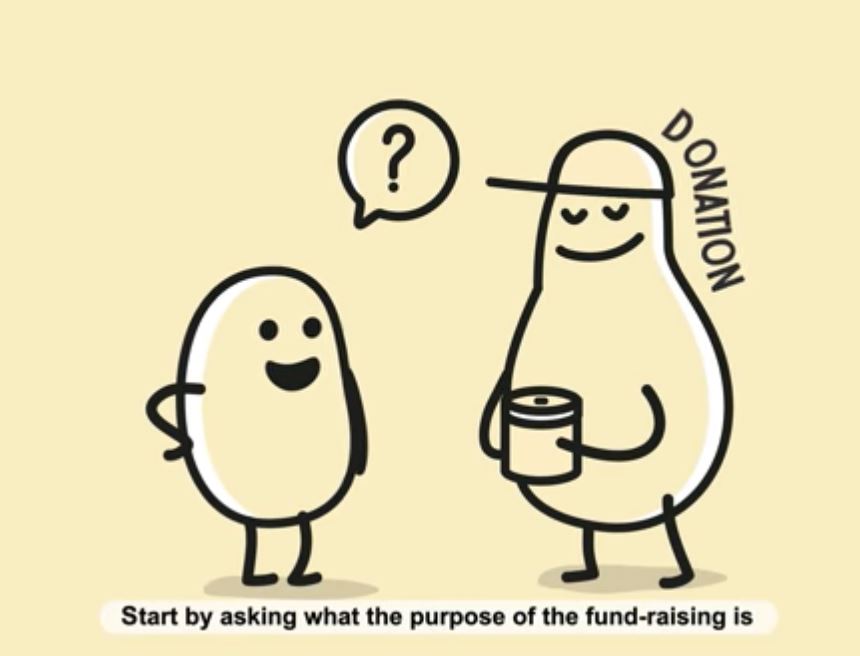 Otherwise, if something feels dodgy and suspicious, it’s probably best to refrain from giving money.