Allegedly due to algal bloom caused by torrential rain of late.

UPDATE (14 Jan): In response to MS News queries, an NEA spokesperson said that NEA and NParks are helping to investigate the causes that led to the pinkish water and dead fishes.

Water samples have been taken since 9 Jan and the agencies are currently “analysing the results”.

One of the perks of staying at Sentosa Cove is having the Venice-esque canals at your doorstep and obstructed views of the ocean. 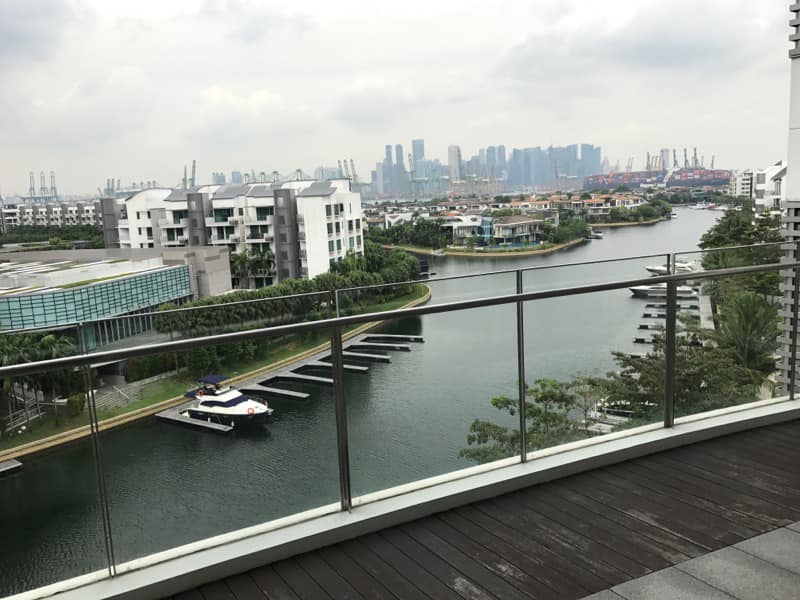 On Tuesday (12 Jan), however, some Sentosa South Cove residents observed that waters at the canal had turned unusually pink. 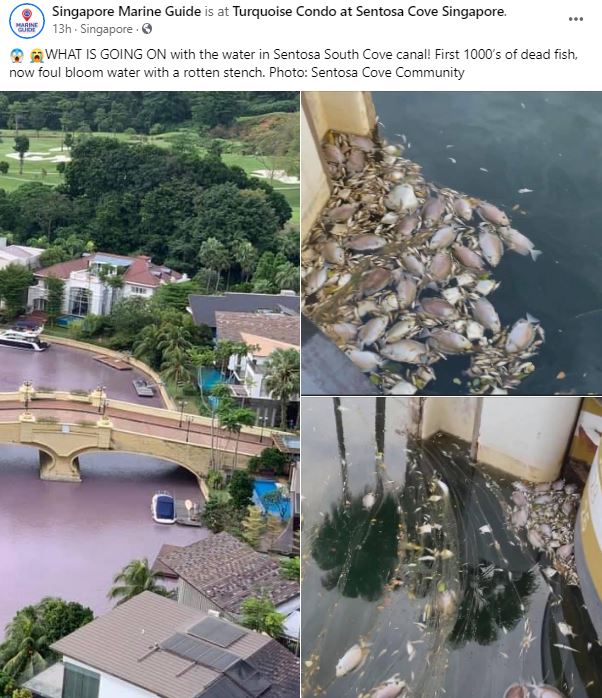 This came just days after residents allegedly spotted dead fishes accompanied with a foul rotting smell at the same canal.

In a Facebook picture allegedly of Sentosa South Cove, waters along the canal took on a soft pinkish appearance. 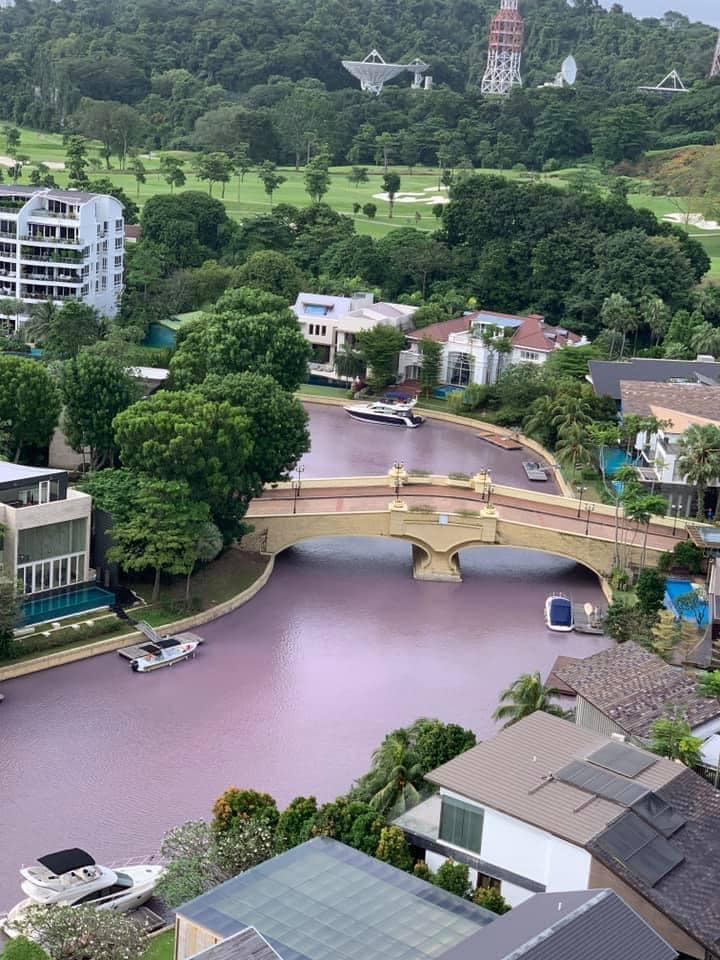 Given the surroundings, the picture appears to show this area of the island:

The picture was apparently taken on Tuesday (12 Jan) at around 4pm.

School of fishes seen floating on canal a few days before

But this isn’t the only bizarre phenomenon that has reportedly happened in the area of late. 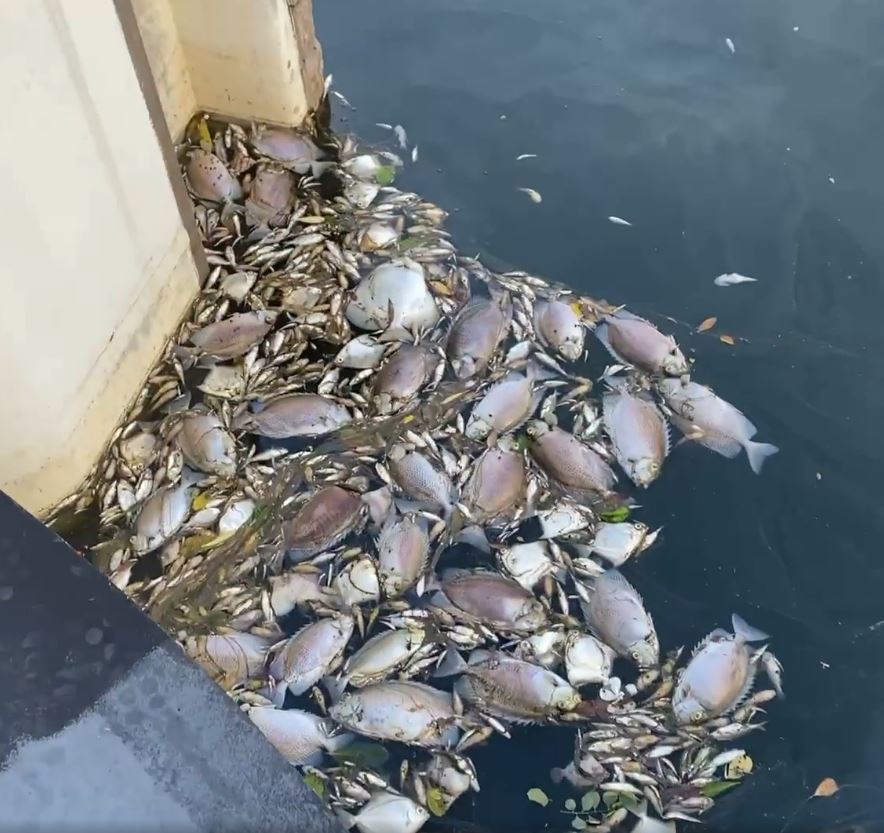 The disturbing sight was apparently accompanied by a “rotten stench”. 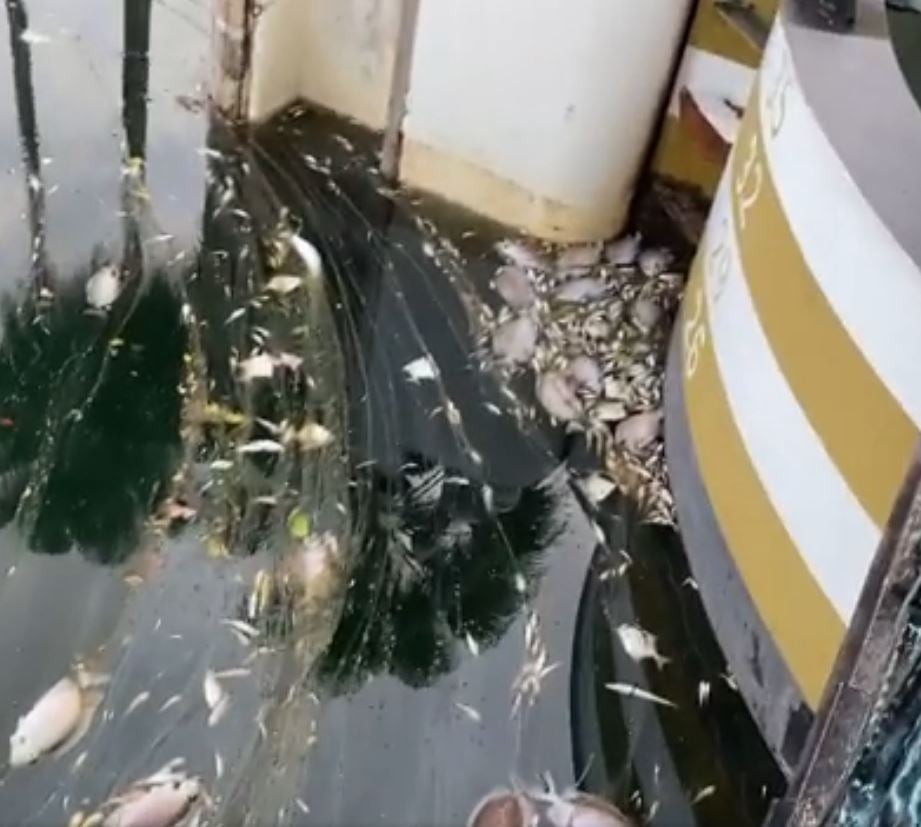 Netizens have since speculated on the cause of the phenomenon.

The most common explanation cited by Facebook users is that the long periods of rain recently had introduced additional nutrients into the water through surface runoff.

This apparently promotes the growth of algae in the water — or an algal bloom, which can appear in numerous colours, including pink. 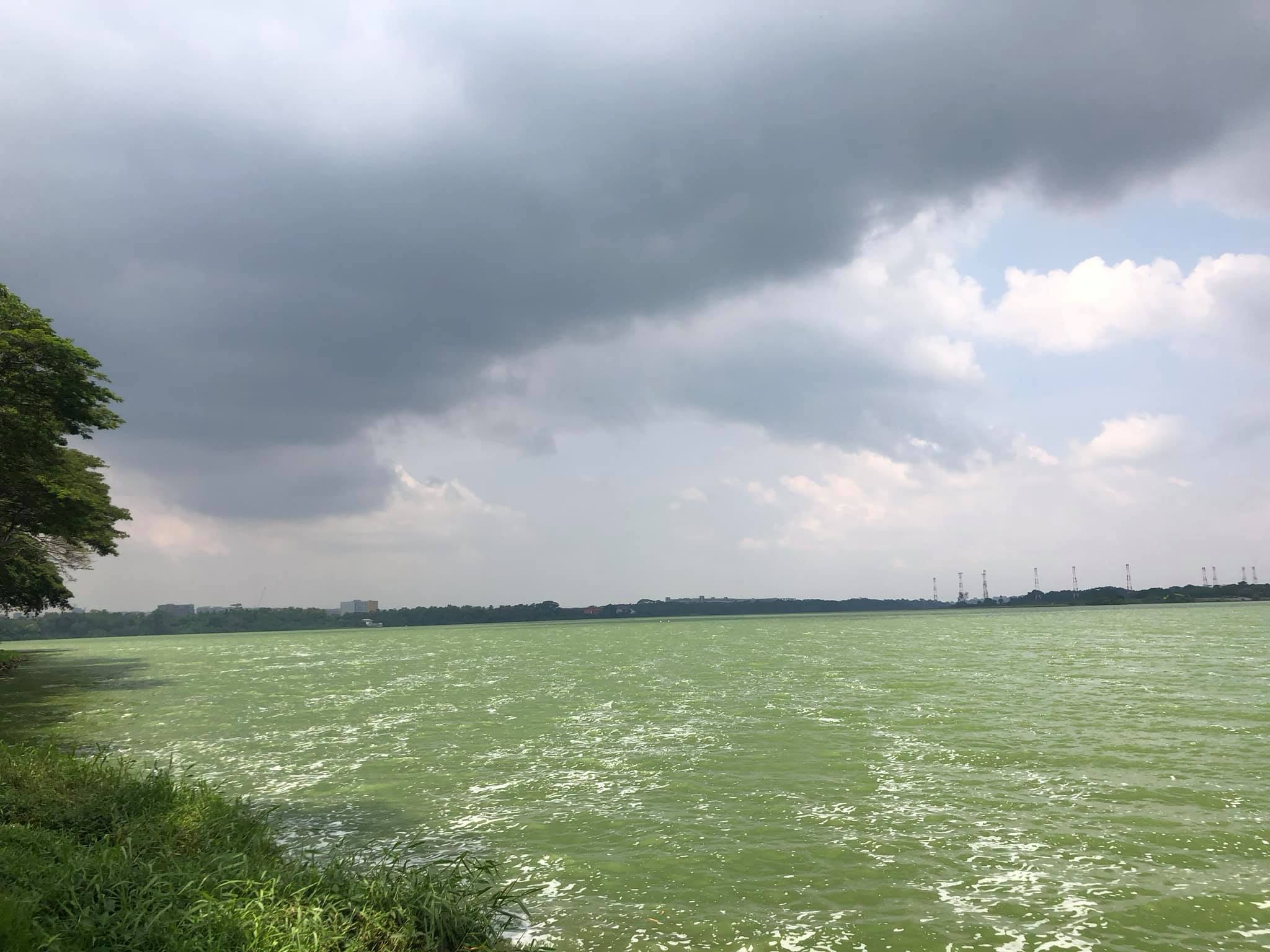 The algal organism could, in turn, deplete the dissolved oxygen in the waters, leaving other creatures in the water to suffocate and die.

Though not confirmed, this certainly does explain the observations rather well.

NEA and NParks helping to investigate

In response to MS News queries, an NEA spokesperson said that water samples had been taken from around the area and are currently analysing the results to identify the cause.

The National Environment Agency (NEA) received several reports from residents that dead fishes were sighted in Sentosa’s South Cove waters on the morning of 9 January. NEA was subsequently alerted on the evening of 12 January that the water there appeared a purplish-pink colour.

There is no indication of any industrial or marine pollution which could have impacted the waters in the surrounding area. There were also no reports of dead fishes at other public beaches in Singapore over the last weekend.

NEA and the National Parks Board are assisting Sentosa Development Corporation in their investigations into the possible causes of the dead fishes and the coloured water. NEA has collected several water samples since 9 January and is analysing the results.

Hope situation will be rectified soon

The sight of dead fishes accompanied by the foul smell must’ve been unpleasant for Sentosa South Cove residents.

We hope the relevant agencies will step in to rectify the situation soon to give residents peace of mind.