"Cheer up, Republic of Korea"

A few months ago, South Korea was one of the countries in the world that were worst-hit by Covid-19, with cases multiplying by the day.

However, the country managed to quickly control the spread, and has seemingly gone past the worst of the outbreak.

Thus, as a gesture of gratitude and encouragement, hundreds of drones took to Seoul’s sky on Saturday (4 Jul) night to put up a spectacular light show containing empowering messages. 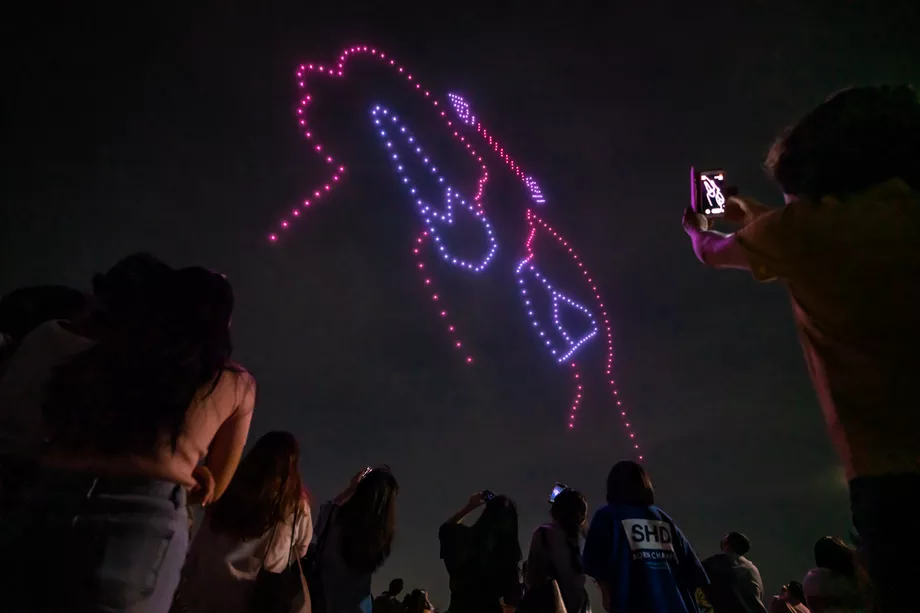 Watch the entire show here. We summarise the highlights after the jump.

Reminders of the times

Glistening above the Han River, the 10-minute drone show started with reminders of key precautionary measures such as washing hands, social distancing and wearing masks.

The drones first formed the figure of a mask, surrounded by coronavirus particles, to show how mask wearing will help ward off the virus. 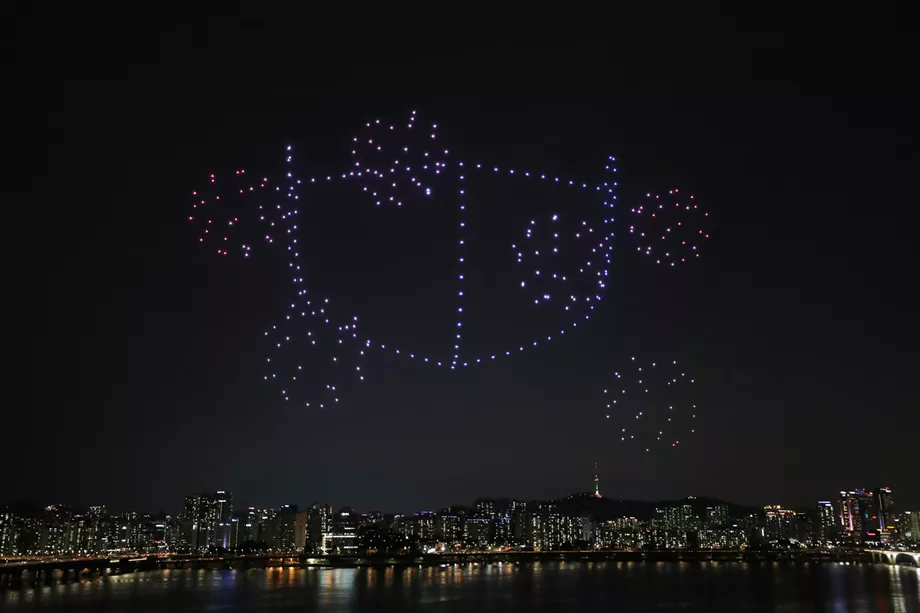 Colourful lighted silhouettes of a masked man and woman facing each other, but gradually moving apart, alluded to South Korea’s social distancing guidelines that require people to keep 2m from each other. 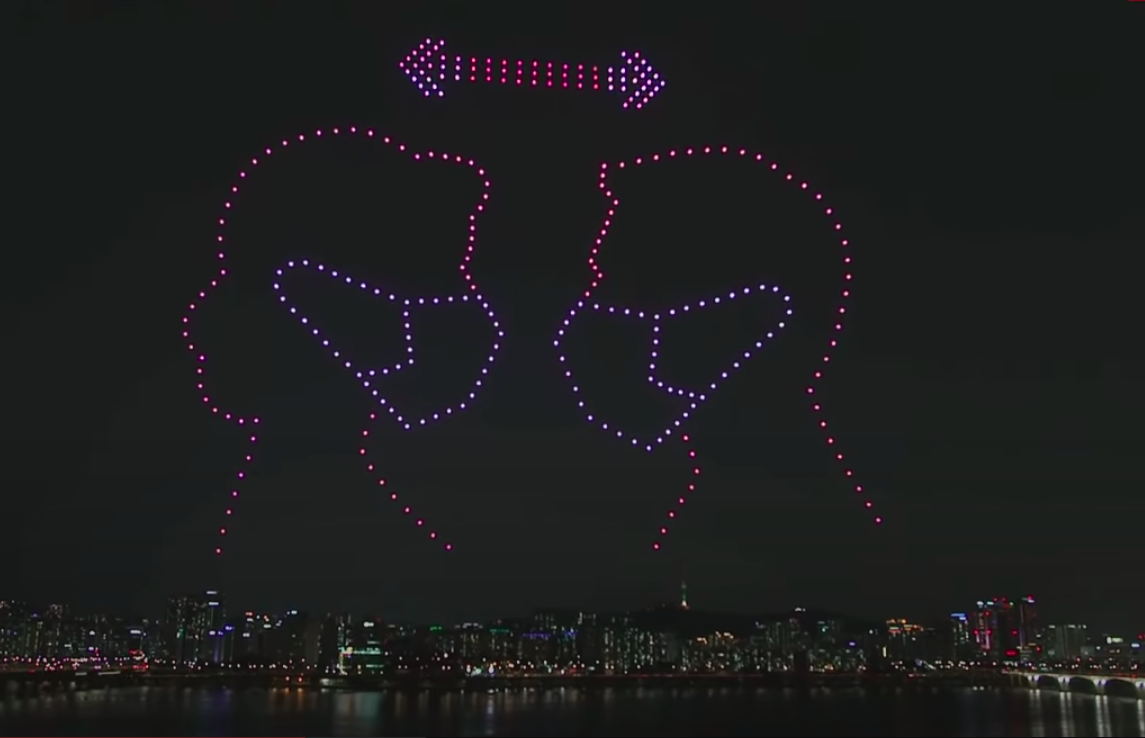 The lights then transitioned into droplets over open hands to denote hand washing. 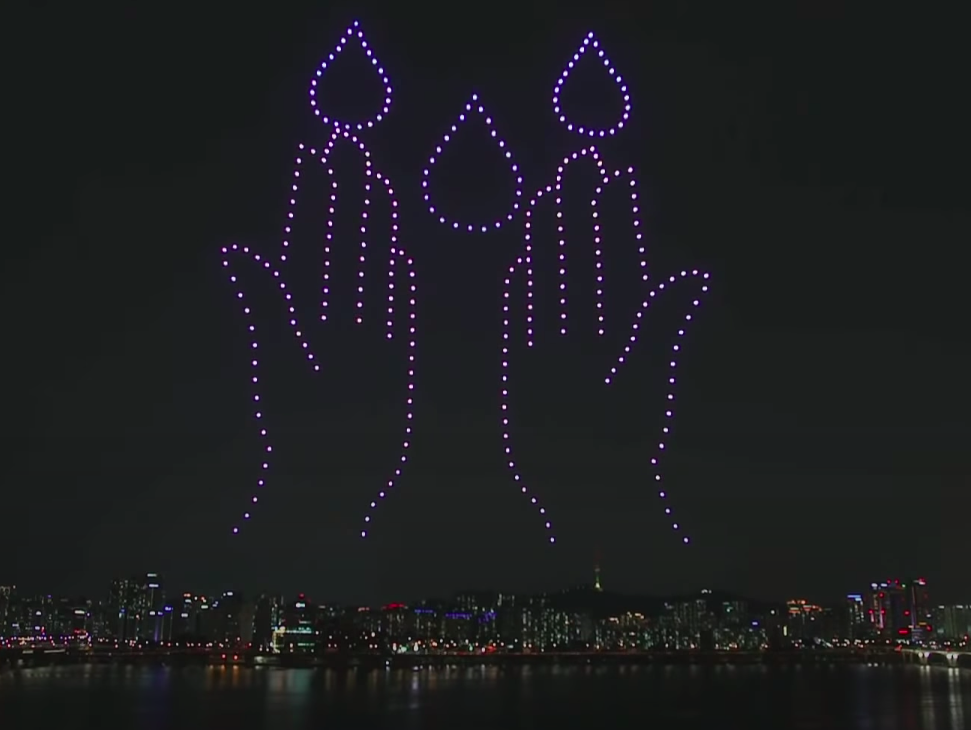 Gratitude from metres above ground

Messages of gratitude to medical personnel subsequently adorned the dark skies — “THANKS TO YOU” and a heart shape were formed as a nod to frontline workers and citizens for their collective effort. 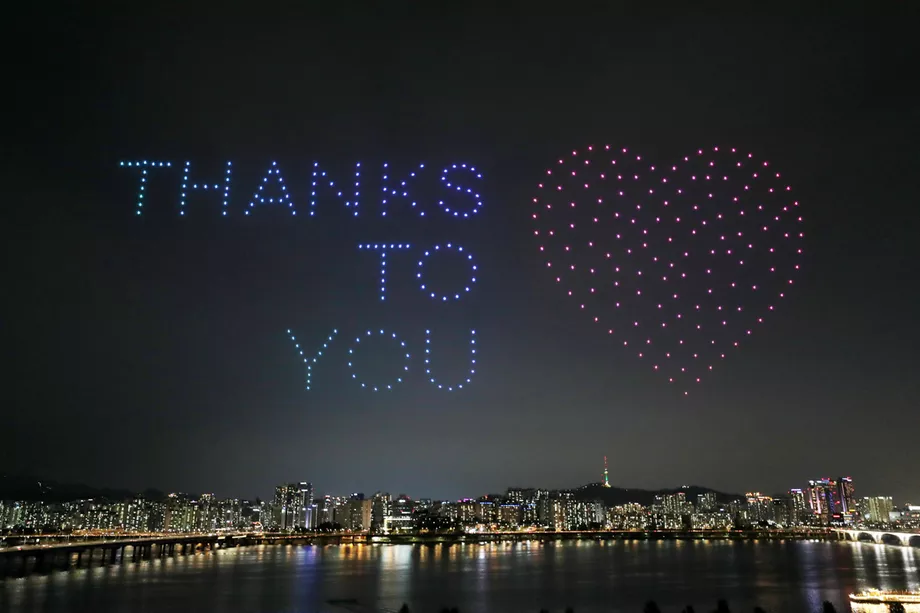 The show was accompanied by a soundtrack resembling what you would hear in a K-drama — while cheesy, it’s primed to tug at your heartstrings. 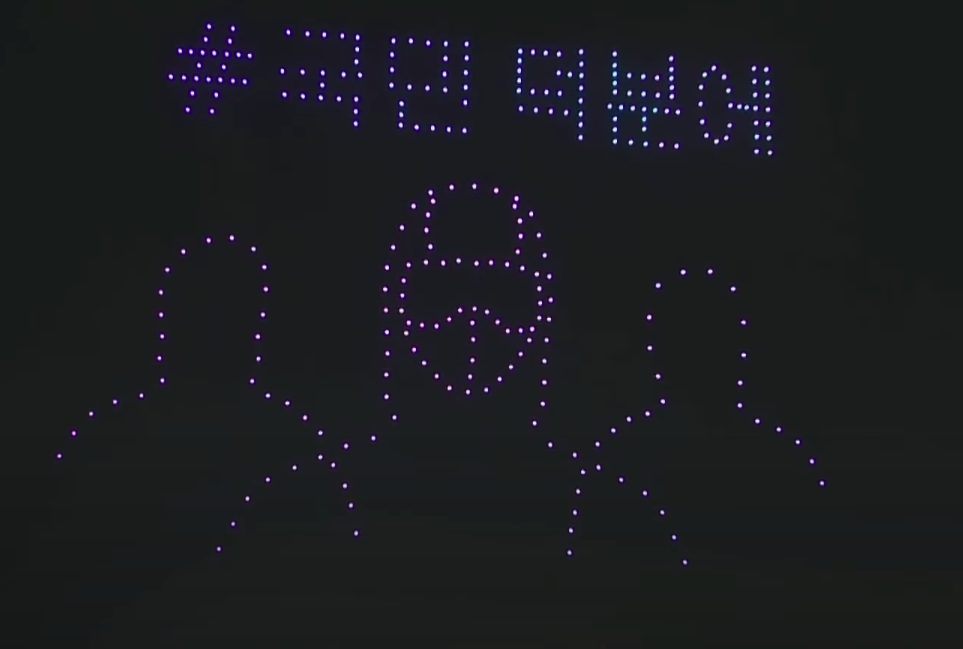 The show’s penultimate set up was a silhouette of the entire Korean Peninsula, with the words “Cheer up, Republic of Korea”.

Rounding off with the country’s flag, the show represented a heartwarming message to take heart and not give up – and that there’s light at the end of the tunnel. 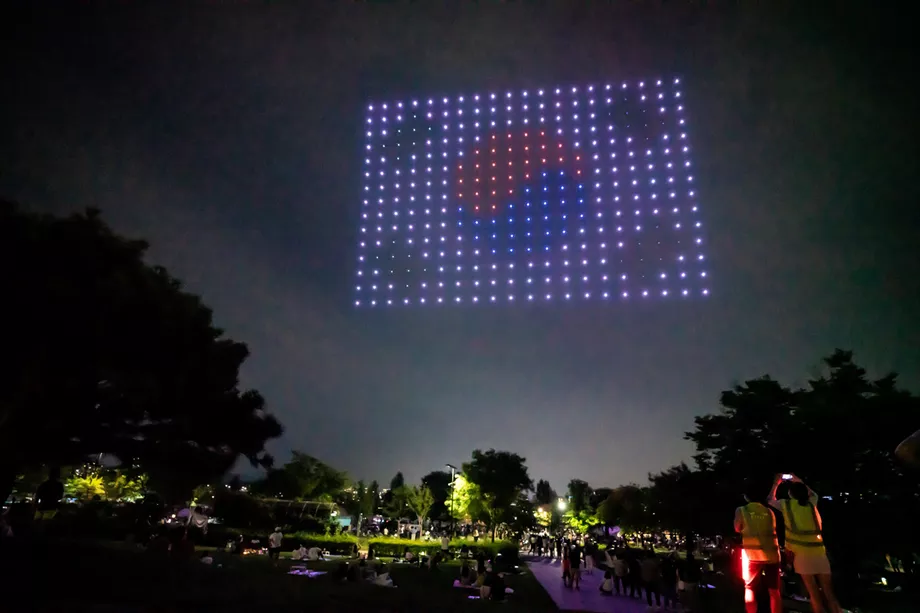 At least 300 drones were programmed for the spectacular night exhibition.

The event was not advertised beforehand to prevent large gatherings from forming in anticipation of the sight, South Korea’s Ministry of Land, Infrastructure and Transport was reported by NDTV as saying.

While the country has been lauded as a success story in controlling Covid-19, experts have said that it is now dealing with a second wave of infections.

Singapore’s grappling with an outbreak of our own, but we hope that our South Korean counterparts can claim victory in their battle with Covid-19 soon.