Serial Numbers Shouldn’t Be Repeated By Presiding Officers When You Vote: ELD Guide 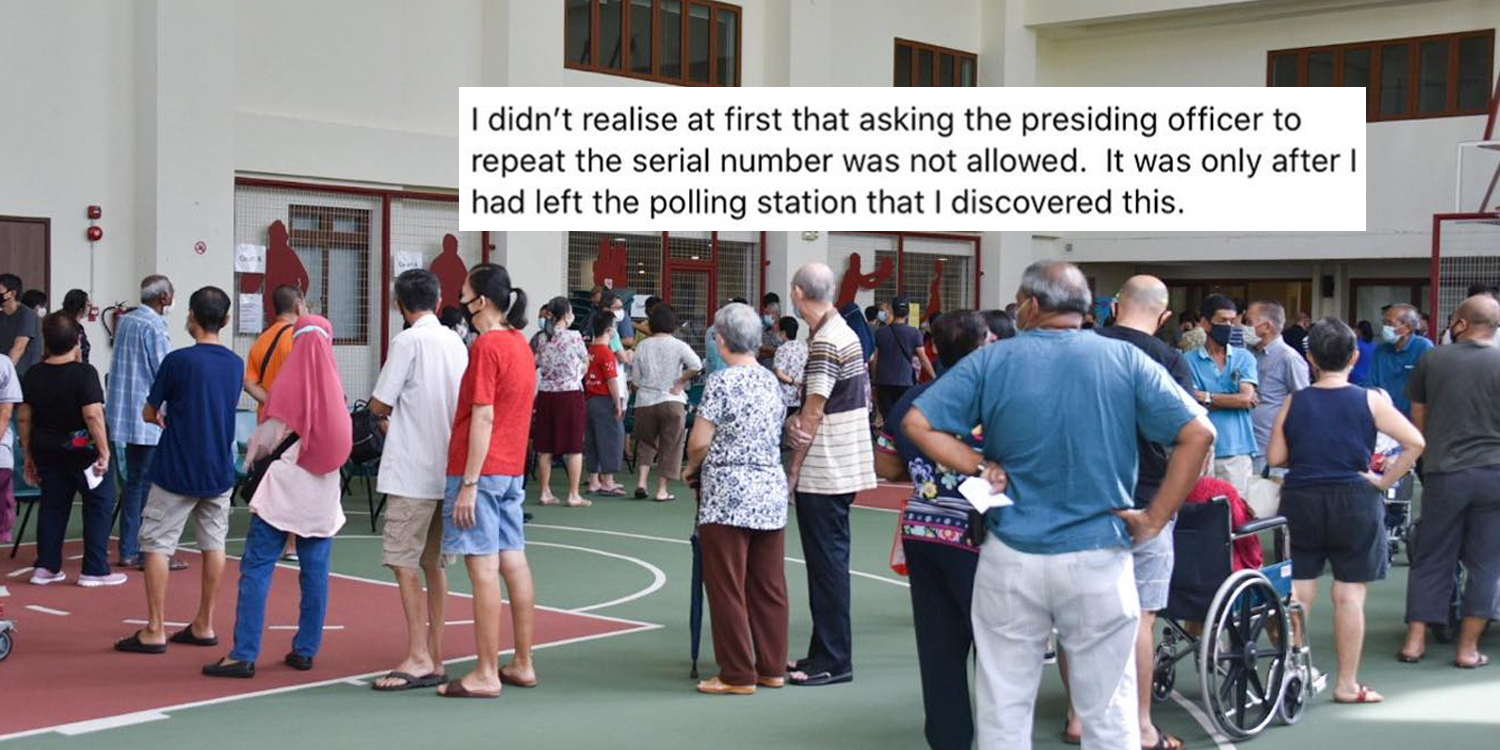 If you've been having questions about this.

As Singaporeans head for the polls today (10 Jul), aside from knowing when is a good time to avoid the crowds or whether the self-inking pens work, another question surfaces at the back of voters’ minds.

Some people are asking why their polling officers were shouting their names and serial numbers loud enough that the entire polling station can hear.

A polling agent herself has also voiced her concerns in encountering said scenarios when she volunteered in the morning.

She noted that it is procedural that polling agents each have a copy of the register of voters and cross names and respective serial numbers out as the presiding officers (POs) read them out.

However, she observed that some polling agents were calling across to the POs to ask for a repetition of the numbers should they not catch them the first time, which she claimed was not allowed.

According to the Elections Department Singapore (ELD) guide’s polling procedures, polling agents “must not ask the PO to repeat the voters’ particulars or check their own copy of the register against the PO’s copy.”

We’ve reached out to the Elections Department Singapore for comments but have yet to receive a reply.

We urge voters to be informed of the polling proceedings and rules, and to actively exercise the right to clarify and uphold them should the need arise.