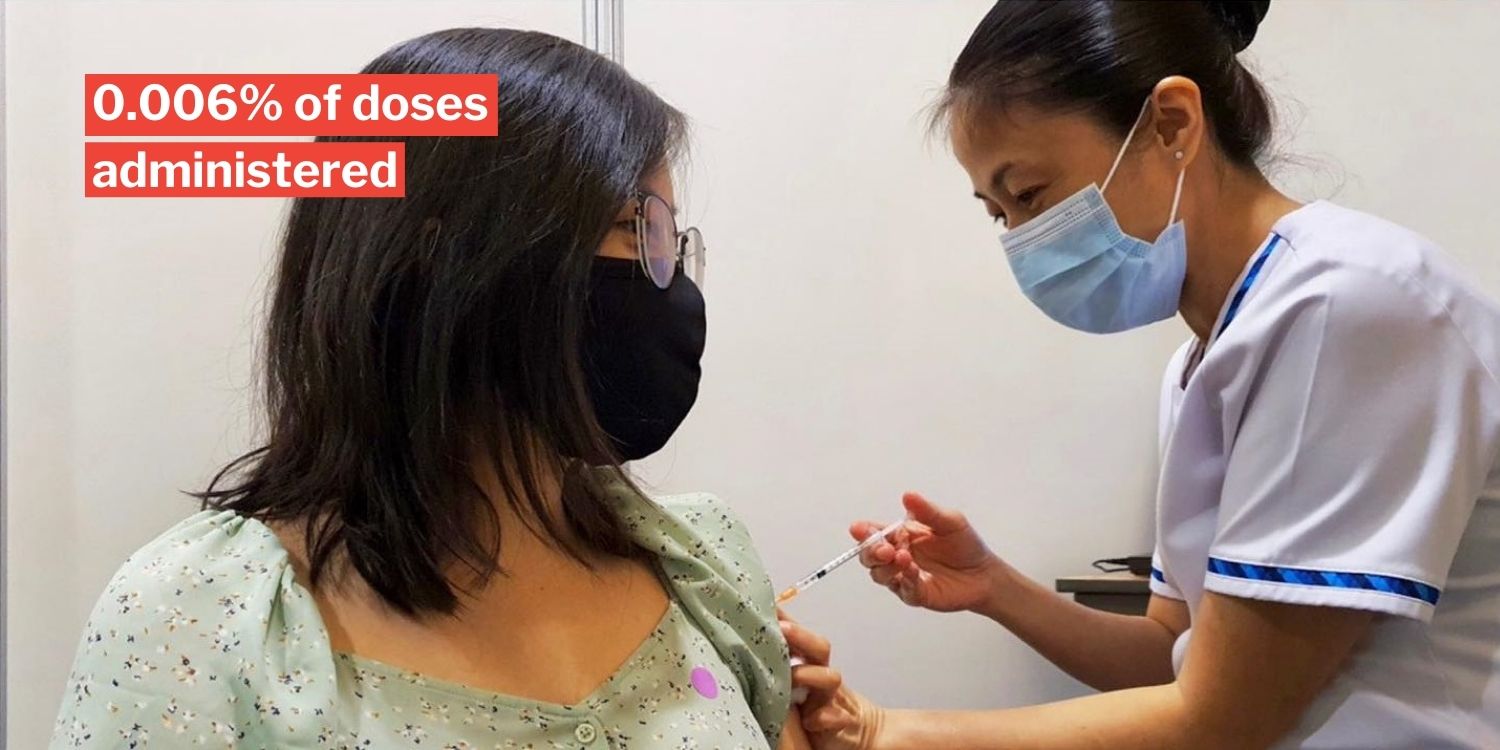 84% of Singapore’s population has been fully vaccinated, the majority with mRNA vaccines rolled out via our national vaccination programme.

As with any vaccines, some recipients will experience adverse side effects, some of them serious.

Of the millions of people in the country who’ve been jabbed with Pfizer or Moderna, 581 have suffered serious adverse effects.

Most of them are either recovering or have recovered, the Health Sciences Authority (HSA) said.

In a 6th safety update on Covid-19 vaccines released on Friday (15 Oct), the HSA provided some figures that would interest Singaporeans.

They were given to 4,586,497 people in Singapore who’ve received at least 1 dose of Pfizer or Moderna.

4,384,958 people in total are fully vaccinated with mRNA vaccines, i.e. have received 2 doses. 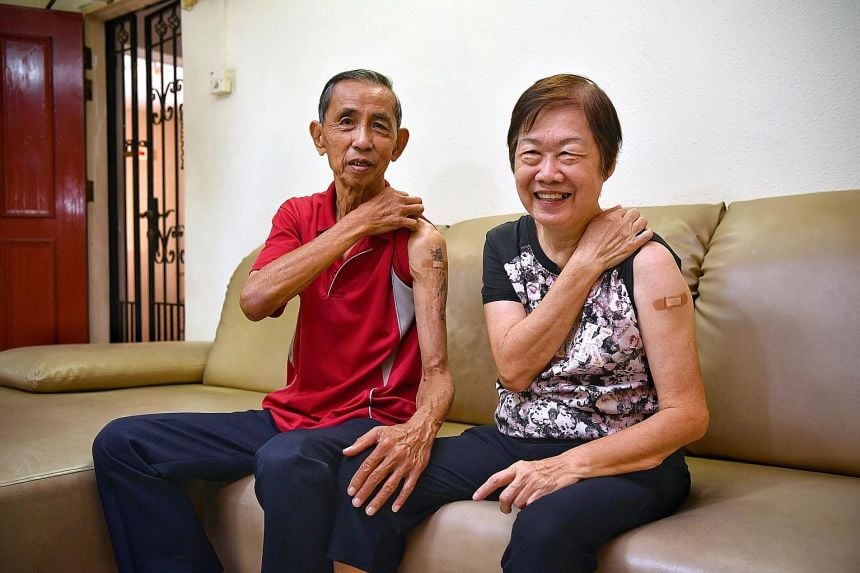 Out of the more than 4 million people jabbed, 12,589 of them reported suspected adverse effects, the HSA said.

Though a 5-figure sum seems high, it represents just 0.14% of the doses administered up till 30 Sep.

An adverse effect following vaccination may include:

Here’s a breakdown of the most commonly reported ones: 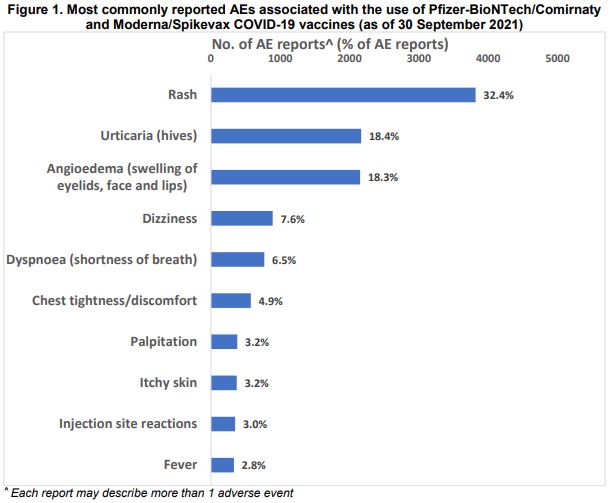 For adolescents aged between 12-18, 616 reports of adverse effects were received since they started vaccinations on 3 Jun.

That’s about 0.1% of the mRNA vaccine doses given to this age group. 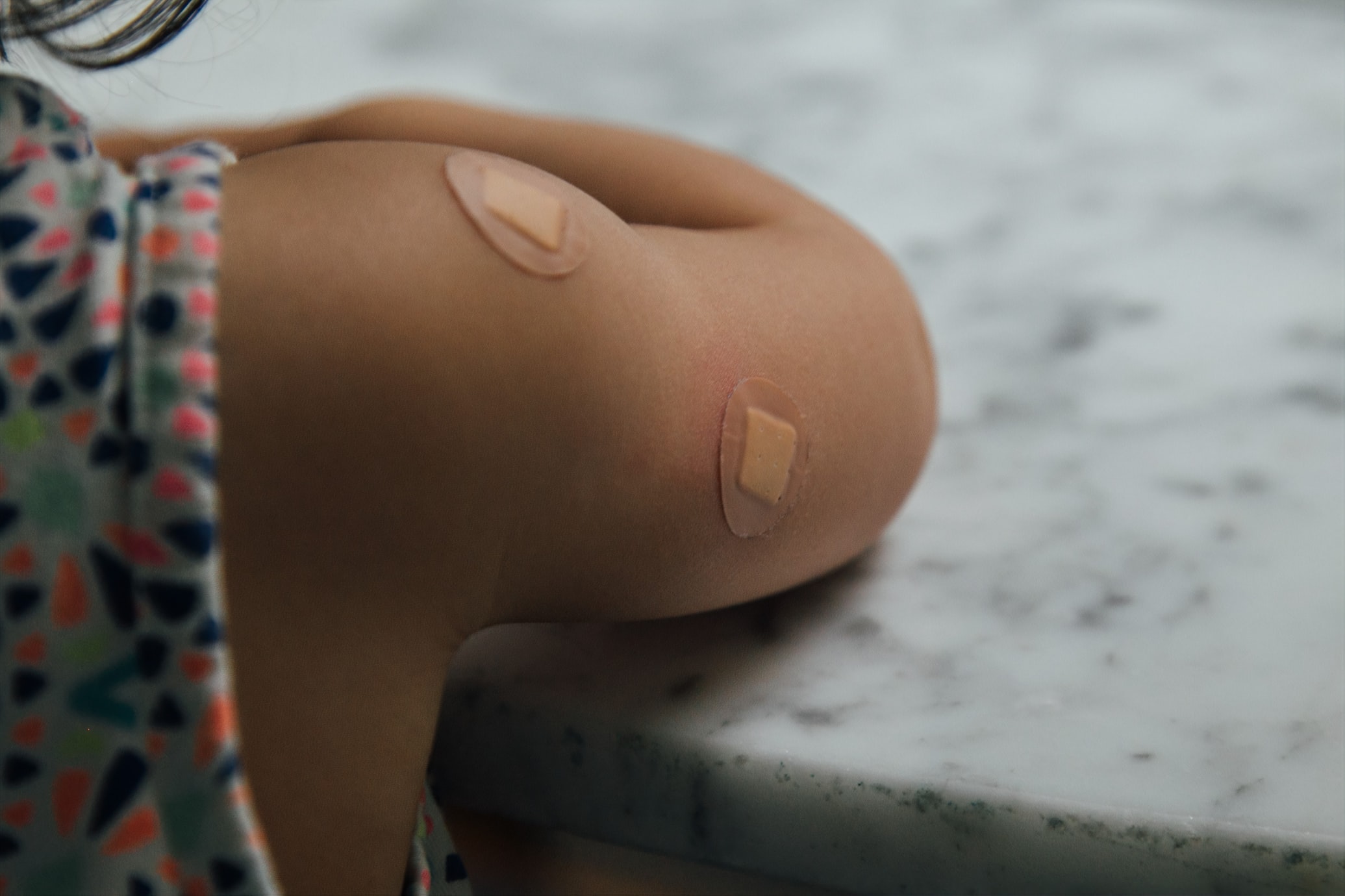 Most of the adverse effects included:

These effects were “generally resolved within a few days”, the HSA said.

That represents 0.006% of the doses administered.

An adverse effect is defined as serious when it results in:

Of these 581 reports, 77 were of anaphylaxis and 52 were of other severe allergic reactions.

They’re all being monitored by the HSA, but most of these cases have reportedly recovered or are recovering, they said.

For the 1st time, HSA also reported on the booster shot programme that started on 15 Sep.

237,746 people have received mRNA booster shots so far, they said. 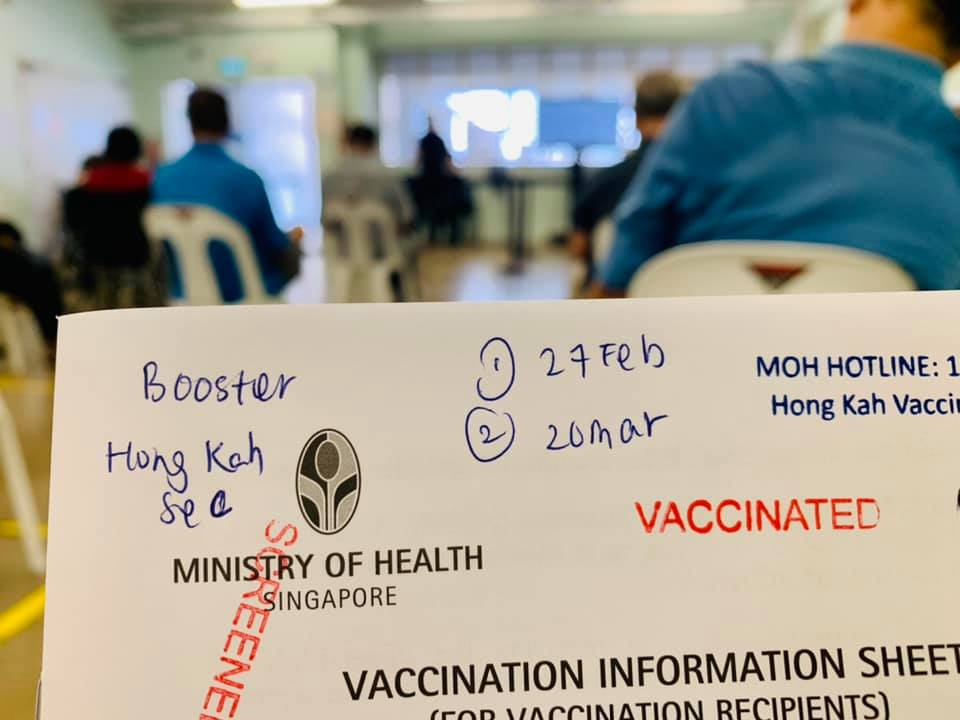 Among them, just 14 reports of adverse reactions have been received.

That represents 0.006% of the doses administered.

There were also 2 reports of serious adverse reactions (0.0008%) – involving blood clots in the veins of the legs and anaphylaxis.

HSA will closely monitor the adverse events and inform the public on any significant events observed.

Besides mRNA vaccines, other vaccines available in Singapore are 2 from China under the Special Access Route.

Of these, 111 reports of suspected adverse effects have been gathered by HSA – or 0.06% of the doses administered.

Among them, 9 were classified as serious, including Bell’s Palsy and 3 reports of anaphylaxis. Of these, just 3 reports of suspected adverse effects have been made, representing 0.02% of doses.

No serious adverse effects have been reported with Sinopharm yet, the HSA said.

Though the possibility of adverse effects might worry some people, the HSA still maintains that the benefits of the mRNA vaccines outweigh the risks in a pandemic.

That’s because most of the adverse effects are largely expected, and have been reported in clinical trials.

As always, HSA will continue to closely monitor the safety of Covid-19 vaccines.

Hope they get well soon

From the latest report, it’s reassuring that only a small percentage of people have reportedly come down with adverse effects so far.

And as the authorities have said, they’ve no interest in hiding adverse effects.

Hopefully those who’ve suffered adverse effects, especially serious ones, will get well soon if they haven’t already recovered.