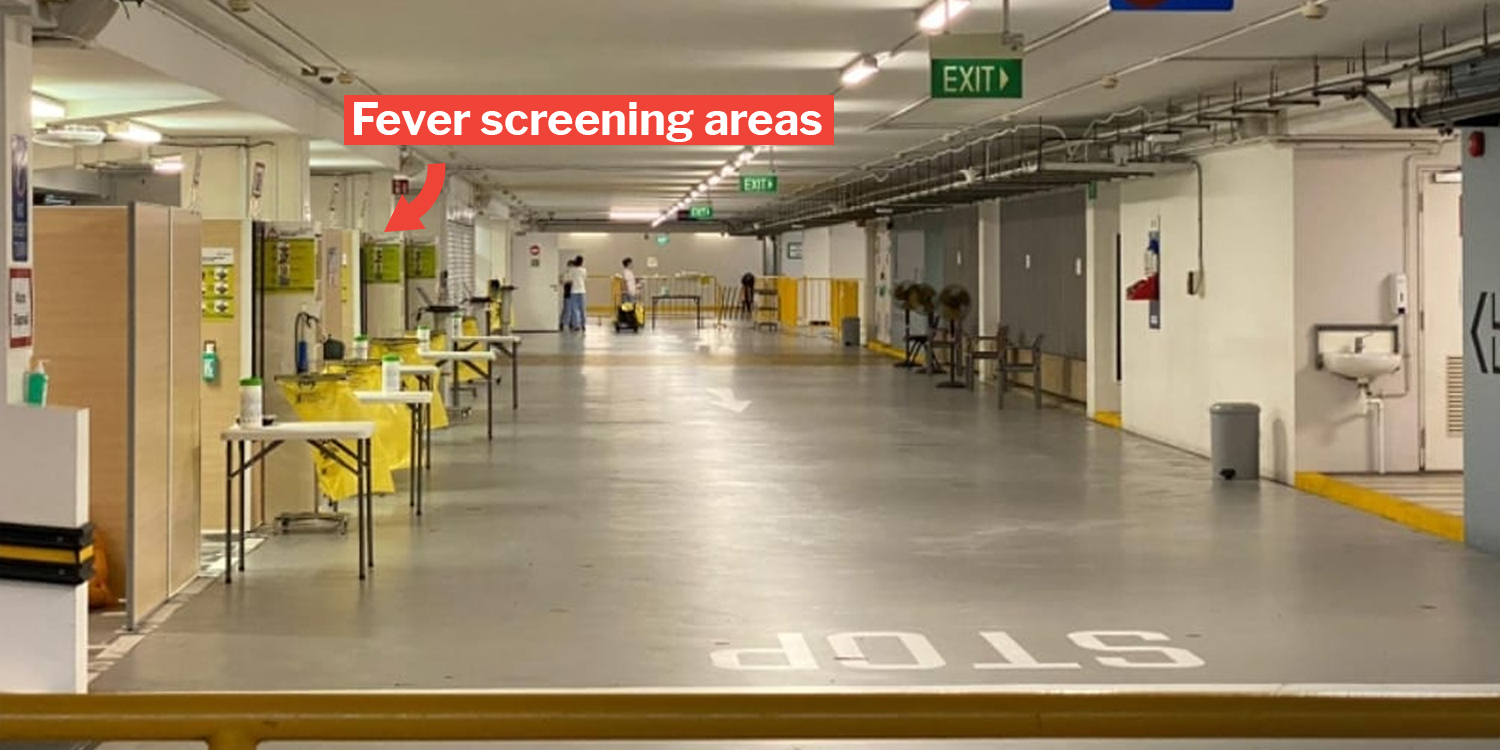 Do not spread fake news during these difficult times.

SGH Carpark Isn’t For Medical Wards But For Fever Screening

Earlier this week, rumours circulated on social media and messaging apps claiming that the carpark at Singapore General Hospital (SGH) has been converted into wards to cope with the increasing number of people being infected with Covid-19. 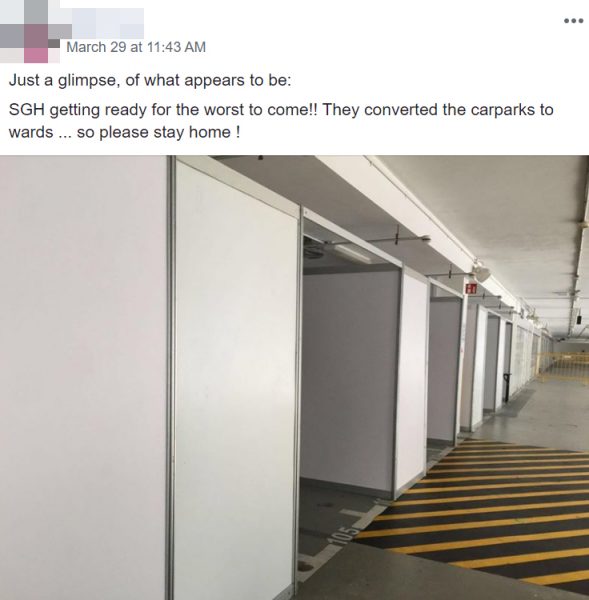 These claims were swiftly debunked by the folks at SGH.

But such false information continues to spread. On Thursday (1 Apr), another such rumour that made similar claims was posted on Facebook. 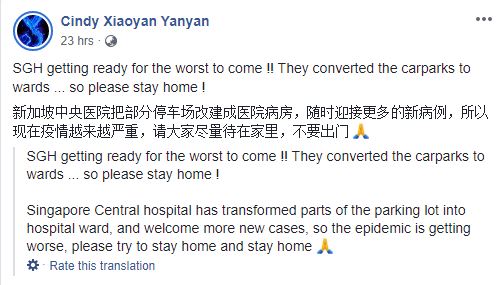 Fake rumour claims carpark has been converted into medical wards

The latest rumour is largely the same as the previous iteration.

It claimed that SGH is currently preparing “for the worst”, and has converted part of its carpark into medical wards. It also urged people to stay home.

The photo attached, however, seems different from its predecessors. 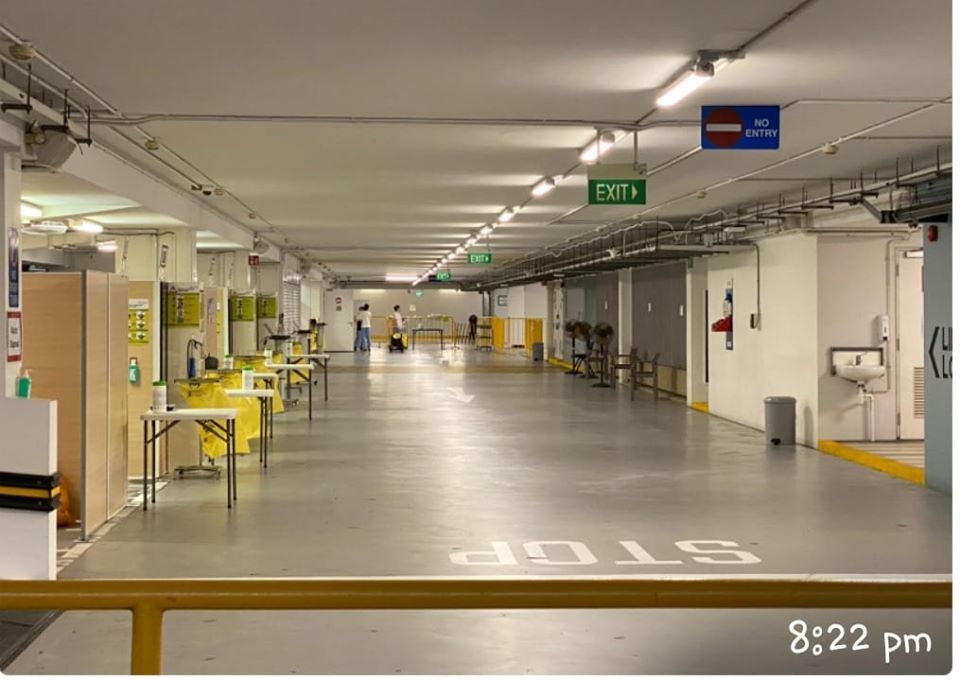 This rumour is fake too

But like the other rumours, this new one’s fake too.

Though it is understandable for some to assume that the carpark is being converted to medical wards after seeing partitions and sensitisers being installed, that’s really not the case.

These are in fact fever-screening areas to help the hospital cope with the increasing number of suspected Covid-19 patients, reported The Straits Times.

We’re really not sure why these fake rumours are still making rounds online even though they have already been debunked.

Perhaps it’s an indication that Singaporeans are still not aware that this piece of fake news is floating around. Thus, you should probably share this article to educate your loved ones and friends.

The Covid-19 outbreak has already caused enough panic and anxiety in Singapore. Let’s not exacerbate matters by spreading fake news and unverified rumours.