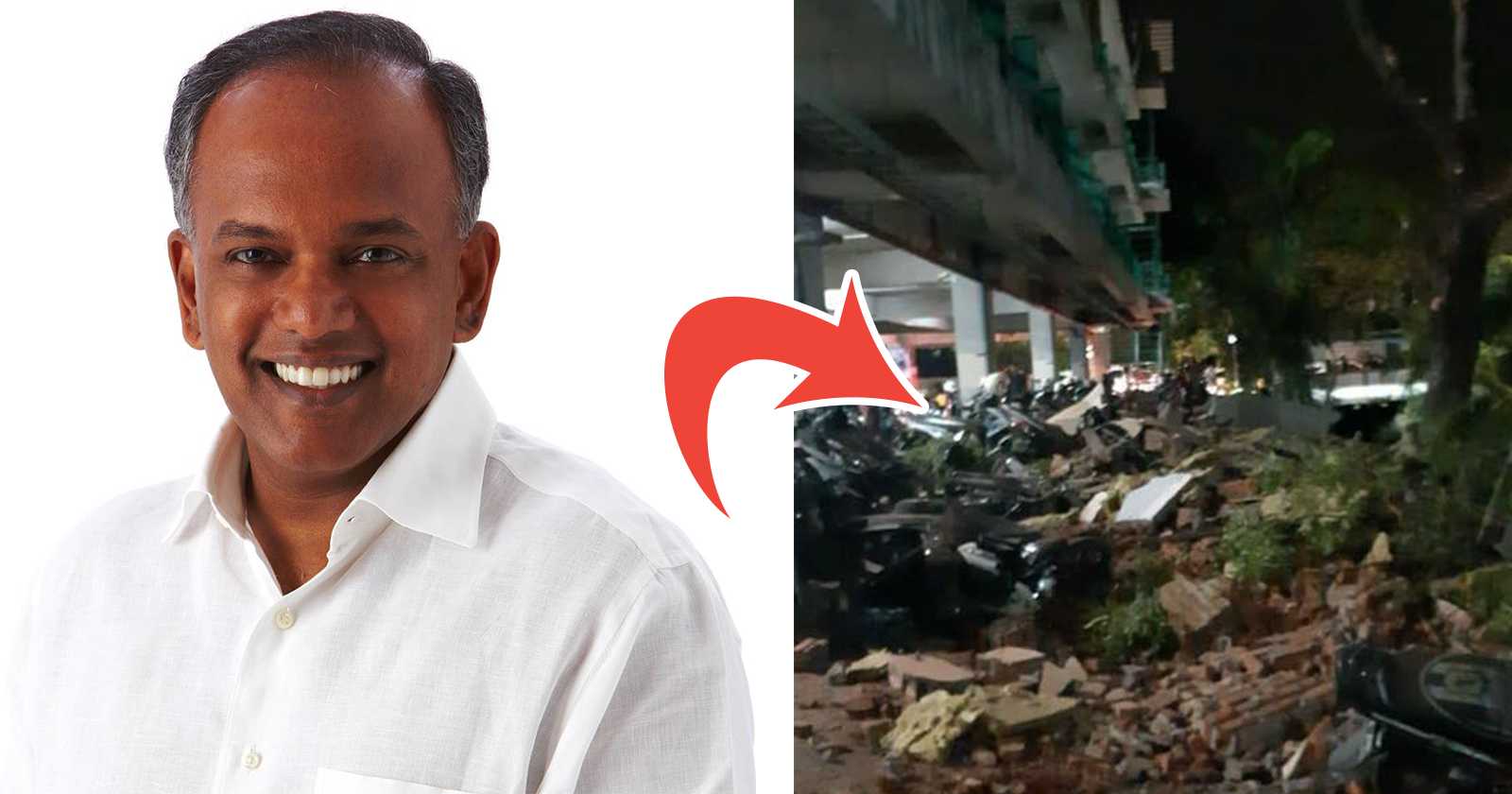 The island resort of Lombok in Indonesia was struck by a powerful 6.9 magnitude earthquake yesterday (5 Aug) evening.

While the Ministry of Foreign Affairs has reported no Singaporean injuries, Law and Home Affairs Minister K Shanmugam was in Mataram, Lombok for a security conference at the time of the quake.

I was in my room, 10th floor, working on my laptop. Suddenly the room shook violently, walls cracked, it was quite impossible to stand up. Heard screams.

Here’s his post in full, after he escaped the room with his laptop in tow.

Earlier this morning (6 Aug), Minister Shanmugam took to Facebook to provide an update on the situation.

In the post, he describes his initial reaction to the tremors. Before evacuating, Mr Shanmugam and his delegation were only able to grab the most ‘essential items’.

So what did he take with him?

Fearing a potential loss or compromise of data, Mr Shanmugam grabbed his laptop, which contained his government emails.

The delegation then returned to the hotel to collect the rest of their belongings, earlier this morning.

While Minister Shanmugam and our fellow Singaporeans are safe, thousands in Lombok aren’t.

The death toll is now at 82 and is expected to rise. Many poorly built structures in Mataram have been partially or completely damaged.

A false tsunami alert also caused much panic and confusion on the island.

If you would to do something to help, you may consider donating to the Indonesian Red Cross here.

We extend our thoughts and prayers to the victims.